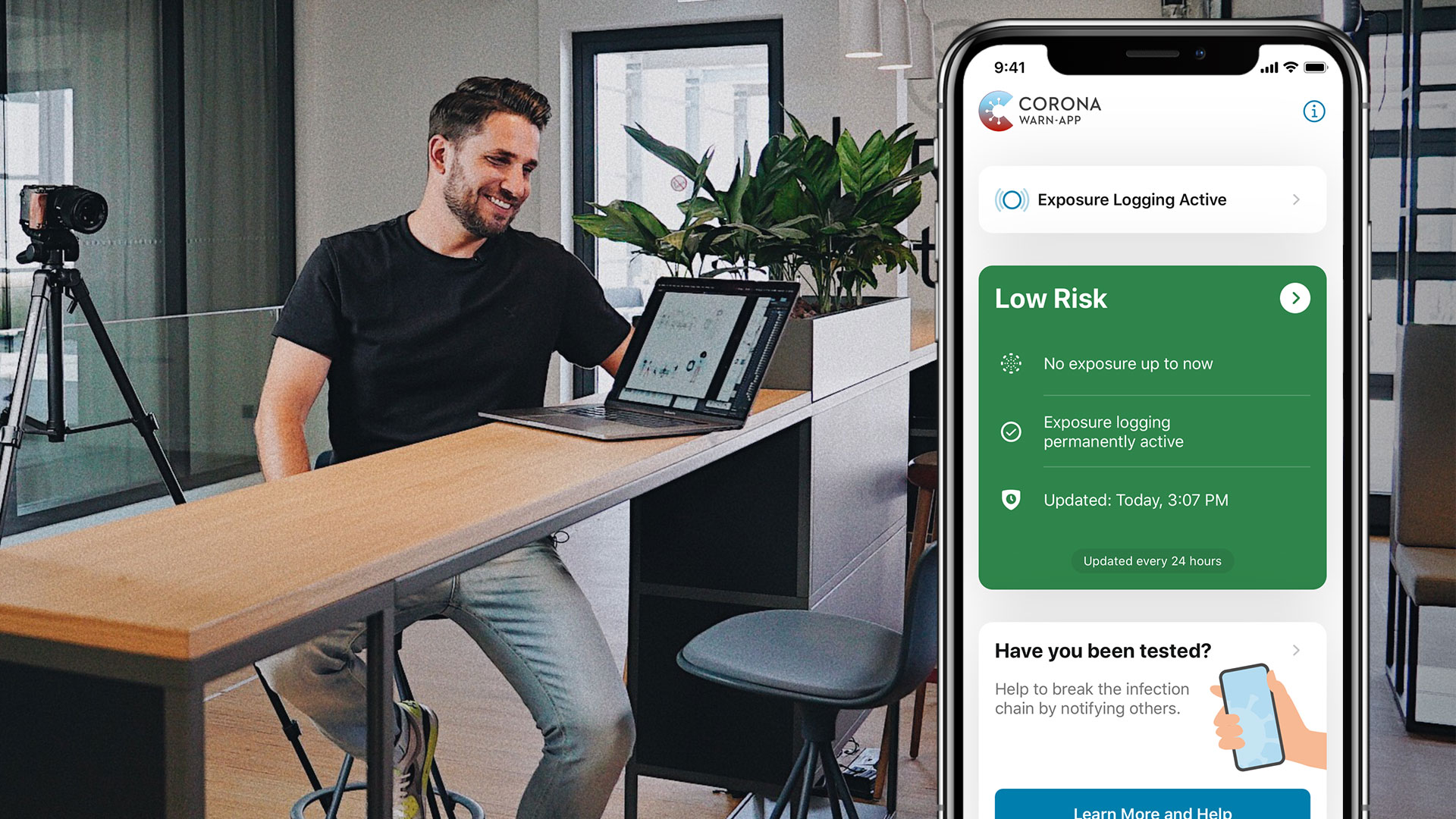 Last year, software designers at SAP took on an unprecedented challenge by facing COVID-19 head on with the creation of the German Corona-Warn-App, a consumer-based application that supports contact tracing for one of the biggest health crises of the 21st century.

Facing skepticism from public media and working within a tight timeline, the SAP User Experience team built the app for the Robert Koch Institute (RKI), one of the German government’s central scientific institutions. The team learned to quickly juggle multiple expectations and requirements, drown out unnecessary noise, and focus on the “critical few” in order to create something highly usable and impactful. With six weeks from design to delivery, here are their stories.

“We were constructing a plane while flying it”

When Emil Voutta, Co-Lead of the Corona-Warn-App design team, received an unexpected call over the weekend, he couldn’t have imagined what was in store for him and his team. “I heard about a start-up initiative taking place and there was lots of fuss in the press. But I never thought it’ll end up on our desk,” said Voutta.

Months following the intensive design and development process, and the rollout to the entire German population, Voutta said the experience felt akin to constructing a plane while flying it. That’s because SAP was designing a user experience on top of a brand-new API that Google and Apple were still in the process of building. On top of that, the SAP team needed to understand new processes, including how a chain of infection works, and learn how to leverage technology in new ways, such as calibrating Bluetooth for proximity detection.

Between juggling the different requirements from the Robert Koch Institute, the German Ministry of Health, Apple, Google, Deutsche Telekom and the Fraunhofer Institute, it was easy to feel overwhelmed. “You have to acknowledge the fact that it can just only be chaos with so many cooks in the kitchen. And then find your way in the chaos to still create something meaningful”. This meant channeling all the requirements into a design that prioritized usability above all.

From design idea to user testing

The initial design idea featured a simplified user experience with a very clear information architecture. It also imagined using elegant and modern illustrations along with descriptive text to facilitate onboarding and to provide users with end-to-end guidance throughout the application.

With this solid concept in hand, the next step involved intensive user research. For an app whose effectiveness depended on mass adoption, and whose user persona consisted of nothing less than the entire range of the German population, it was critical to listen to end users very early on in the design process and work iteratively from there.

The goal was to find a design that was as usable and inclusive as possible. Susann Graeff, mobile user experience designer, was deeply involved in the user research phase, moderating usability tests and collecting feedback from a wide array of users of different ages, genders, and social backgrounds.

“The user research made us confident that our design was well liked and easy enough to understand,” said Graeff. “We were also able to uncover challenges and insecurities for the testers such as how to navigate the issue of data protection and how to make the app more accessible.”

Michael Krenkler, responsible for the illustrations ultimately featured in the app, recalls the initial feedback on the design concept: “The amazing part was seeing that the testers were excited by what they saw. We could see that the illustrations helped them understand the whole application better, created trust in regard to their data privacy concerns, and helped them to finish their tasks.”

A constructive approach to design validation

Another layer in gathering feedback was working with the Open Source community. The design team actually published the in-progress design to the public in real-time as a way to gather immediate feedback and guarantee widespread adoption.

Christian Scheirmann, Co-Lead of the Corona-Warn-App design team, recalls the experience as being quite unnerving. “I had never been part of an experience like this,” said Scheirmann. “Typically, we only publish such results internally to the development team, not even for all of SAP, and now suddenly your work-in-progress was out and everybody got to see it and comment on it. The experience was a little bit strange in the beginning because suddenly our unfinished work was out there. On the other hand, the feedback that we got was really encouraging. It’s a truly constructive approach to validate our design.”

Now that the application has been rolled out, feedback continues to pour in from all channels, and the designers are constantly gathering input from the Open Source community as they work on future iterations of the app. “I can just say thank you to the community,” said Emil Voutta.

In the end it was the team dynamic that was unanimously credited for the success of the project. While the designers chalked it up to the close working relationship with the development team, developers in turn praised the solid design as the motivational boost that kept spirits up as the whole team worked day and night on the application.

Teamwork meant not only collaborating well together as designers and developers, but being able to quickly incorporate feedback from product owners, accessibility experts, user assistance and communication teams, and various government stakeholders, as well as Telekom, Google, and Apple, in order to bring in all the requirements and expertise into a single app.

“To be honest, it would be impossible to highlight a single aspect that I’m most proud of,” said Christian Kienle, Development Architect for Mobile. “At the end of the day it was teamwork.”

Gergana Savova, user experience designer for mobile, credits the team setup for their success: “We’ve all worked together before, and we had great trust in each other. We were able to play to each other’s strengths and start working at full speed from the get-go.”

With over 24.9 million downloads to date, the team is proud of what they’ve been able to achieve on a tight and critical timeline. And as they continue to fine-tune the app by expanding functionalities, their work is still far from over.

A version of this article originally appears on Forbes.

Were you part of the Open Source Community during the design and development process for the Corona-Warn-App? Share your experiences in the comments below. Do you think design should be more collaborative in the future?