Recap of “Sneak Preview into MicroBlocks”

This is a recap of an SAP Young Thinkers event that occurred on December 10, 2020. Part of the event was recorded.

Your next chance to be inspired (with or without hardware) is coming up as part of the SAP Young Thinkers Trainer’s Thursday program:

Virtual workshops that involve programming hardware are not easy to pull off during the COVID-19 pandemic, but the Young Thinkers team at SAP did a fabulous job! If you did not have a chance to participate, below is a brief overview of the highlights you missed.

After an entertaining introductory video (see it at the beginning of the recording), SAP Young Thinkers founder Christiane Bauer kicked off the “community celebration” event with her usual energy and enthusiasm. Some folks might have been skeptical to be thrown into breakout rooms of 3-4 people for “speedy fast” introductions right off the bat, but it turned out that most of us thought the breakout time went by too quickly. In other words, we had assembled a motivated group of still-curious and quite accomplished adults, each of whom could have been the star of the event (or so it seemed to me).

SAP’s own Bernat Romagosa introduced what makes MicroBlocks special, with a live demonstration. First he grabbed the LED Display block, toggled the LEDs to change a smiley face to a stick figure, and clicked to instantly display the result on a micro:bit board. Then he created a second version of the display block showing the stick figure with extended arms and legs. Finally, he added a brief delay after each display block and tucked all four blocks inside a loop. One click to run and we witnessed a figure doing jumping jacks in just a few seconds of “programming” time. No need to compile code, no need to download firmware to the micro:bit. When unplugged from the laptop it still ran. Our first glimpse of the power of live programming was already complete.

Next the audience was exposed to an interview format dialog with John Maloney, Bernat Romagosa, and Kathy Giori (yours truly). We talked about how this project came to be, and why we find it so compelling. The story in a nutshell: John and Jens Mönig, founder of Snap!, both saw the micro:bit at the 2017 SIGCSE conference in Seattle and found it intriguing. Shortly after the conference, John introduced the micro:bit to the 12-year old daughter of a friend using MakeCode. He noticed that she grew weary of waiting for firmware downloads, only to realize that something didn’t work. She would change it a bit, and then try again. For her it was challenging, and therefore interesting, but also tiring.

John had been the lead developer for the first 11 years of the Scratch project, so he knew the value of live programming. He talked about how to bring liveness to the micro:bit with Jens Mönig and Bernat Romagosa. Bernat had developed Snap4Arduino, which brings liveness to Arduino-capable boards. Unfortunately, Snap4Arduino programs run on the programming laptop, so microcontroller boards can’t be deployed without that tether.

I was working with Bernat at the time, and quickly understood the value of a tool that could program a microcontroller board live, using easy-to-understand blocks, but that didn’t need to remain tethered. Bernat and Jens began helping John develop MicroBlocks, and Bernat introduced me to the team. (And now Bernat is a member of the SAP Young Thinkers team, actively evangelizing MicroBlocks!) I then became an early user and volunteer evangelist of MicroBlocks. I exposed it to middle school students who had not learned any programming prior, and witnessed how easy and fun they found it to make a Christmas ornament we called the “Sno-Pixel”. MicroBlocks was an instant hit. After the interviews, John, Bernat, and I then showed demonstrations of MicroBlocks. Words won’t do the demo’s justice, so I encourage you to see the event recording. Sound and light were themes of these demonstrations, due to the upcoming holidays, and because we wanted to inspire users before the hands-on training session that came up next. I showed off my “smart” Christmas tree, that I could control using my smartphone, the golden box under the tree, using my voice (private, locally processed on a Raspberry Pi), and partly using an old IR remote control. 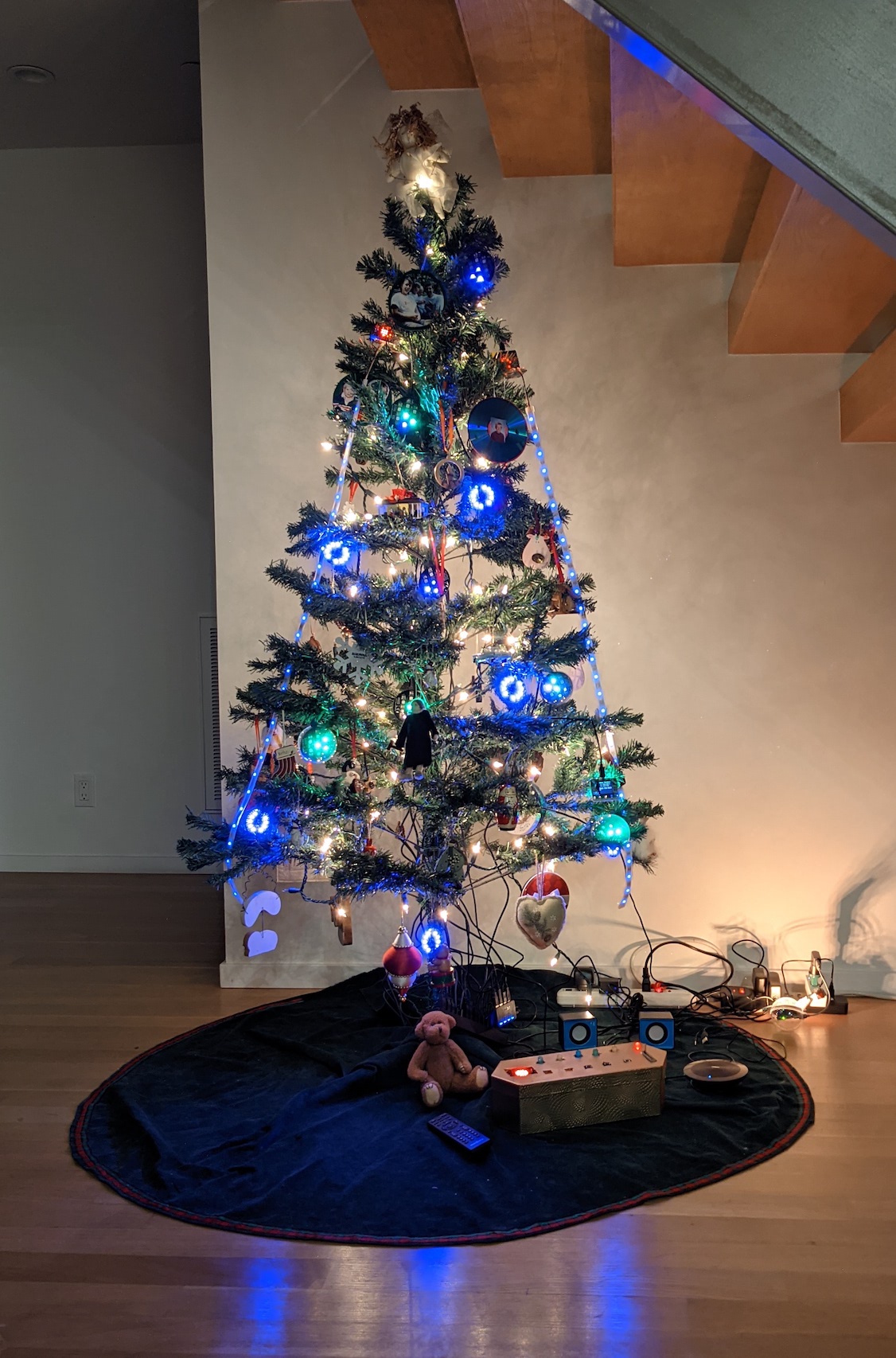 For the training portion, we again split into small breakout rooms. I was very impressed to watch the women in my breakout create LED animation projects in a short period of time. And by this point I expect you can guess their feedback: joy and admiration for MicroBlocks.

We wrapped up again as one big group and let attendees show off what they had created. I hope many of the microcontrollers that attendees bought specific for the workshop ended up either on their Christmas tree, with blinking lights and tunes, or in the hands of some young thinker they want to inspire, to learn to love making things with technology like we do. 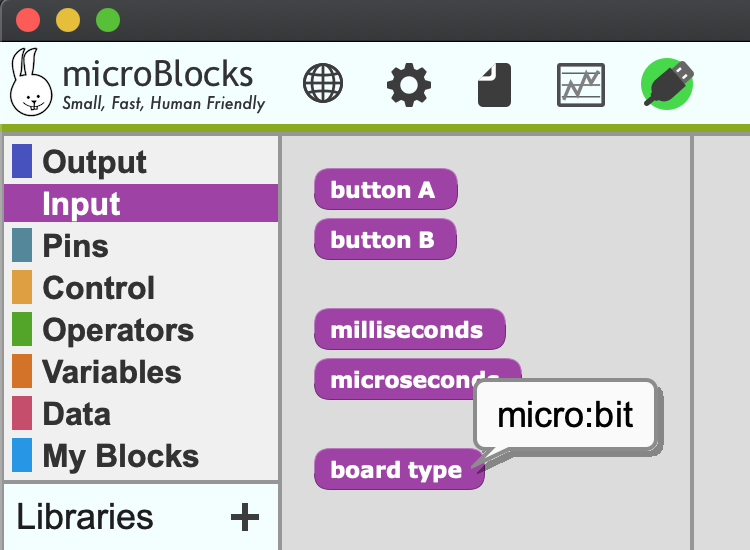 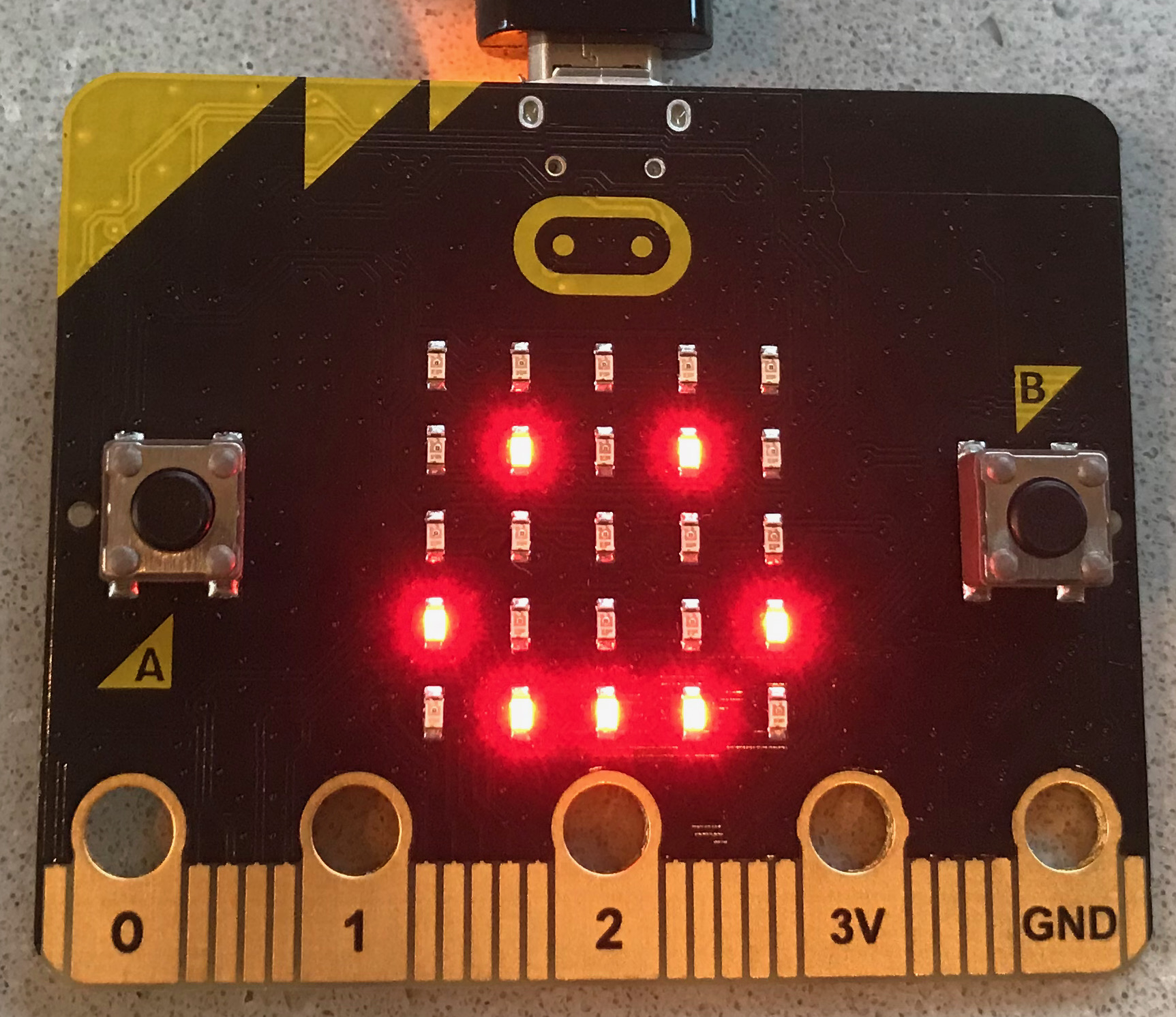 Thanks for this wonderful blogpost Kathy - as always you are an inspiration!