From my experience the RFC Gateway security is for many SAP Administrators still a not well understood topic. As a result many SAP systems lack for example of proper defined ACLs to prevent malicious use of the RFC Gateway.

In the following i will do the question and answer game to develop a basic understanding of the RFC Gateway, the RFC Gateway security and its related terms.

What is the RFC Gateway?

From a technical perspective the RFC Gateway is a SAP kernel process (gwrd, gwrd.exe) running on OS level as user <sapsid>adm.

Where can we find the RFC Gateway?

There are three places where we can find an RFC Gateway:

There may also be an ACL in place which controls access on application level. The location of this ACL can be defined by parameter ‘gw/acl_info’.

Which usage types are there? 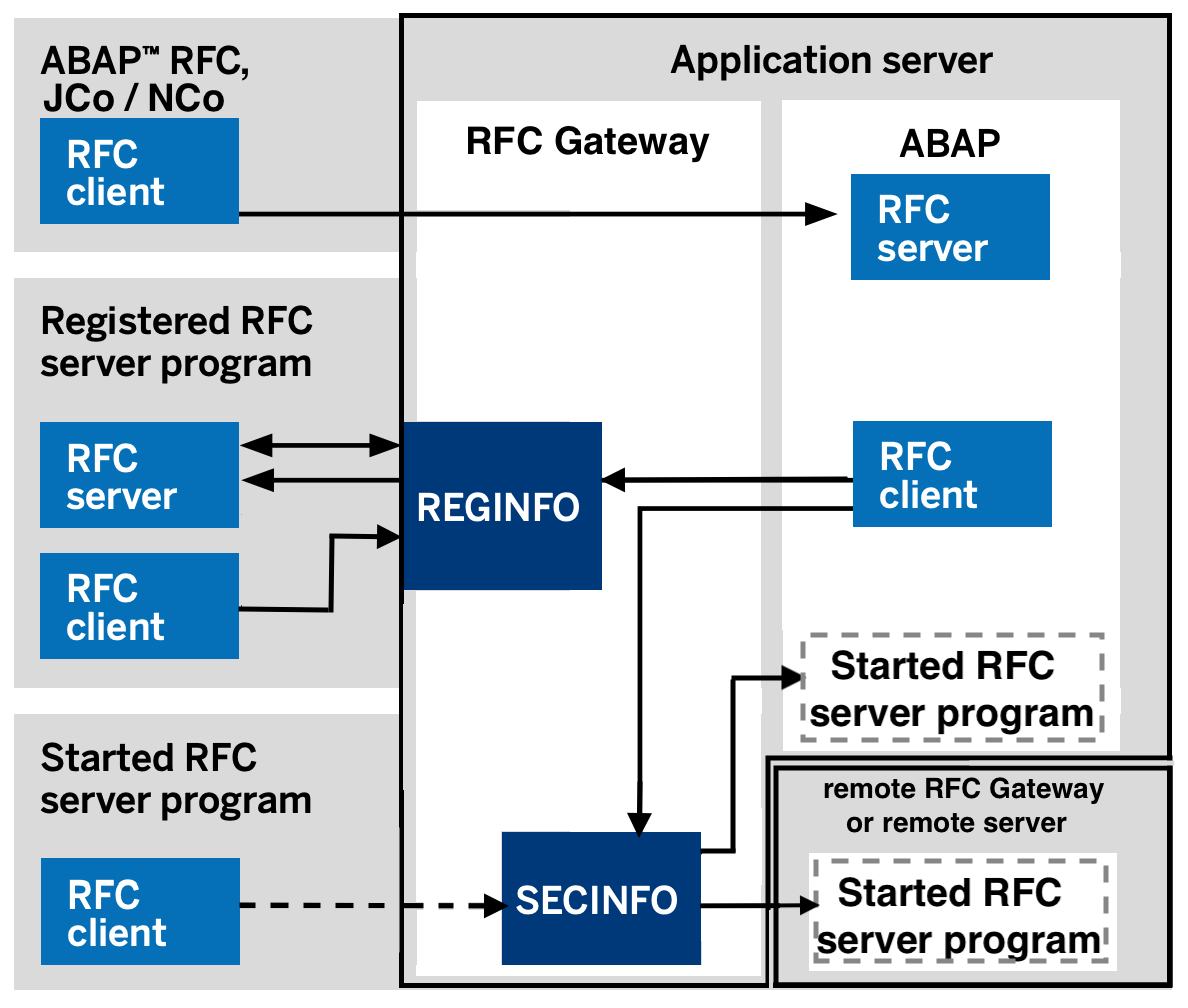 This diagram shows all use-cases except `Proxy to other RFC Gateways´. The subsequent blogs of will describe each individually.

The RFC Gateway allows ‘external RFC Server programs’ (also known as ‘Registered Server’ or ‘Registered Server Program’) to register to itself and allows RFC clients to consume the functions offered by these programs.

An example would be ‘Trex_<SID>_<timestamp>’ registered at the RFC Gateway of the SAP NW AS ABAP from the server running SAP TREX and consumed by the same AS ABAP as an RFC client.

Another example would be ‘IGS.<SID>’ of SAP IGS registered at the RFC Gateway of the SAP NW AS ABAP from the same server as AS ABAP (since it is also part of it) and consumed by the same AS ABAP as an RFC client.

The RFC Gateway is also capable to start programs on the OS level.

Please note: One should be aware that starting a program using the RFC Gateway is an interactive task. This means the call of a program is always waiting for an answer before it times out. If the called program is not an RFC enabled program (compiled with the SAP RFC library) the call will time out, but the program is still left running on the OS level!
To overcome this issue the RFC enabled program ‘SAPXPG’ can be used as a wrapper to call any OS command. This is for example used by AS ABAP when starting external commands using transaction SM49/SM69.

The RFC Gateway hands over the request from the RFC client to the dispatcher which assigns it to a work process (AS ABAP) or to a server process (AS Java).

‘Proxy to other RFC Gateways’

What about the reginfo ACL?

The reginfo file is holding rules controlling which remote servers (based on their hostname/ip-address) are allowed to either register, access or cancel which ‘Registered Server Programs’ (based on their program alias (also known as ‘TP name’)).

Its location is defined by parameter ‘gw/reg_info’.
In case of AS ABAP for example it may be defined as ‘$(DIR_GLOBAL)$(DIR_SEP)security$(DIR_SEP)data$(DIR_SEP)$(FN_REG_INFO)’ to make sure all RFC Gateways of the application servers of the same system relay on the same configuration.

What about the secinfo ACL?

Its location is defined by parameter ‘gw/sec_info’.
In case of AS ABAP for example it may be defined as ‘$(DIR_GLOBAL)$(DIR_SEP)security$(DIR_SEP)data$(DIR_SEP)$(FN_SEC_INFO)’ to make sure all RFC Gateways of the application servers of the same system relay on the same configuration.

As we learnt before the reginfo and secinfo are defining rules for very different use-cases, so they are not related.

What about the prxyinfo ACL?

Its location is defined by parameter ‘gw/prxy_info’.
In case of AS ABAP for example it may be defined as ‘$(DIR_GLOBAL)$(DIR_SEP)security$(DIR_SEP)data$(DIR_SEP)$(FN_PRXY_INFO)’ to make sure all RFC Gateways of the application servers of the same system relay on the same configuration.

Wait! What about the SNC System ACL?

RFCs between two SAP NetWeaver AS ABAP systems or between RFC clients using JCo/NCo and the AS ABAP are typically controlled on network level only. The RFC Gateway does not perform any additional security checks.

When using SNC to secure RFC destinations on AS ABAP the so called ‘SNC System ACL’, also known as ‘System Authentication’ – where imho the term ‘Authentication’ is misleading -, is introduced and must be maintained accordingly.

This ACL is applied on the ABAP layer and is maintained in transaction SNC0.

Please note: ‘SNC System ACL’ is not a feature of the RFC Gateway itself. 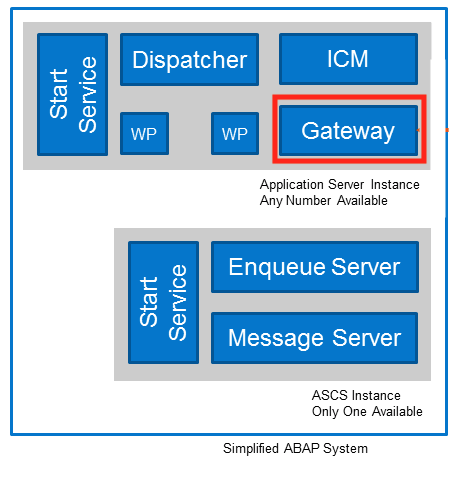 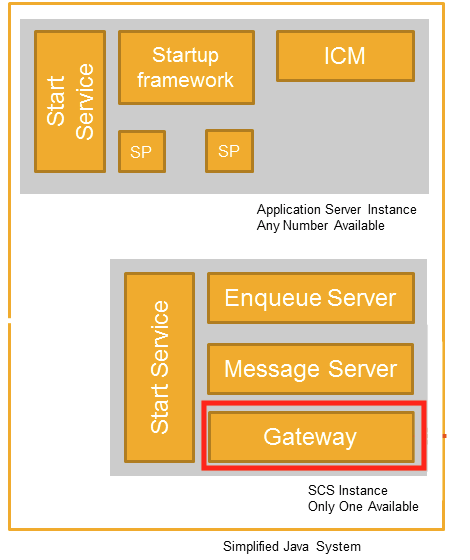