They stand in an elevator crammed with businessmen. Nobody speaks a word. What connects them is that they are strangers. Later in the bar she looks up and gives him a shy smile. Thinking of these scenes it seems to me that my own world got Lost in Translation. It’s not even possible to have a drink in a bar in Munich, not to mention to watch the lights of Tokyo from the top of Shinjuku Park Tower.

Here is one of the fantastic pleasures of life: to think that everything somehow makes sense, said Michèle Lamy in an interview. I was asking myself whether I would agree with her statement, and whether it’s possible to disagree at all. The brain can be considered a sense making device. We all think differently. I might be missing some neural pathways, and others might be distinct due to my individual experience. My reasoning is subjective. It could have been formed by conditioning, education and environmental factors. Confirmation bias makes me think what I have already heard is more plausible. Attention economics leverage this mechanism to convert me into a consumer. Unless I would isolate myself from digital media I couldn’t escape digital realities. Is it still me who makes sense of everything experiencing the fantastic pleasures of life? Sometimes I entertain suspicion that someone else has hijacks my attention before it can enter my consciousness.

To think that everything somehow makes sense is a relief. Therefore the number of possible explanations explodes as soon as something unforeseen happens. Politicians and clergymen, industry captains and hobby scientists, everybody and his brother are spreading versions of truths. Their motives may range from contributions to a discourse, claims to come up with better solutions if they were asked, up to simply trolling around. As a media recipient it’s up to me to decide which statements I allow to enter my brain. I like to think I am still in control of my input channels. I try to be cautious about sponsored content, because it tends to come with a hidden agenda. I am a strong believer in scientific truths, as its methods require independent reviews, and reviewers accepting bribe would put on stake their academic reputation. However, statistics can be manipulated and studies be faked. When it comes down to it a closer look is needed into those who would profit from your support. 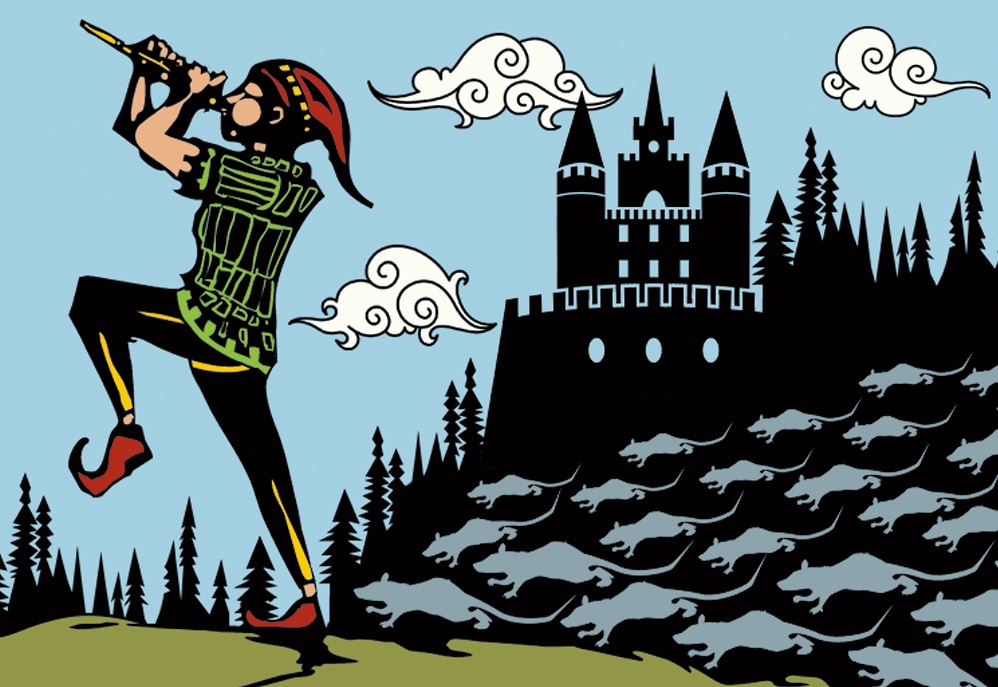 Metcalfe’s law states that the value of a network is proportional to the number of users of the network. An influencer’s market value is determined by his social relationships. I like to think I am free to choose my input channels, which is a relief on the one side. Then again it’s also a threat, as everybody else is free as well. The recent events on Capitol Hill illustrated what echo chambers and alternate facts are capable of. The greatest influencer of all time was banned from the platforms. The nuisance has been eliminated, but the underlying problem still exists: his brainwashed followers believe in what feels right for them. When the next Pied Piper of Hamelin enters the city, they will blindly follow the play of his pipe.

We already make sense by paying attention to something amongst a million of things that could attract our interest. But the real insight must be that this is exactly what grabs our attention. When influencers and underlying platforms know the contents of our dreams they will feed us up with mental superfood. Lucid pictures of our imagination are competing with high-gloss virtual phantasies. It’s all in your mind? Not anymore.

Reality must be immediate. That means there can’t be digital media between you and me outside of the realm of imagination. Life is surprising, unpredictable, continuous. It can be fantastic when we accept that it has also has its downsides. We have only one life, every mistake has consequences, and that’s exactly the thrill.