Every OData call through API Management transformed into a GET call

I recently struggled with a confusing issue related to SCP API Management, SAP NetWeaver Gateway, and OData. The issue was that irrespective of the HTTP verb used when calling the API through API Management, the OData service interpreted the call as a GET call. In this blog post I’ll provide some details on the issue as well as the solution implemented to remedy the issue.

My first thought was that API Management must be doing something strange to the call. Maybe I had done some trivial mistake in a policy applied to the API? After examining the policies as well as debugging the call in API Management, I had to rule this possibility out. Everything looked perfectly fine in API Management.

I then decided to debug the request in the back-end SAP system. The first method call I was able to debug was /IWFND/CL_SODATA_HTTP_HANDLER->IF_HTTP_EXTENSION~HANDLE_REQUEST. Here the request_method (local variable LV_HTTP_METHOD) had the value GET.

Something strange happened to the call between the Cloud connector and the SAP backend, but what?

After having discussed the issue with SAP development, the recommendation we got was to solve the issue by creating a SAML policy and assigning it to the service in transaction SICF.

We ran transaction SAML2 which opens the URL https://servername/sap/bc/webdynpro/sap/saml2.

When creating the policy, the key setting is IdP-Initiated SSO: 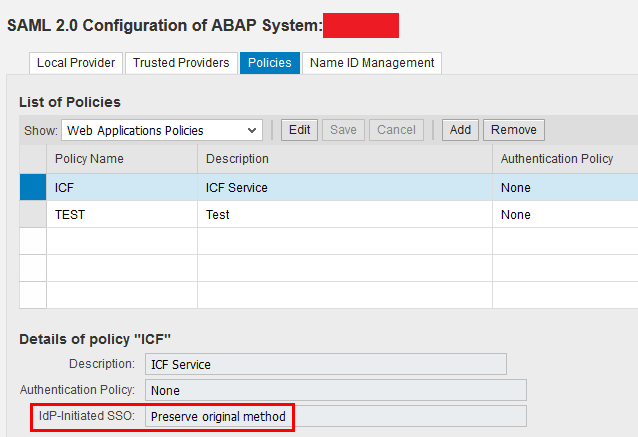 The setting must be Preserve original method. Otherwise, every call gets transformed into a GET call.

The SAML policy must be linked to the service in transaction SICF. This is done like this: 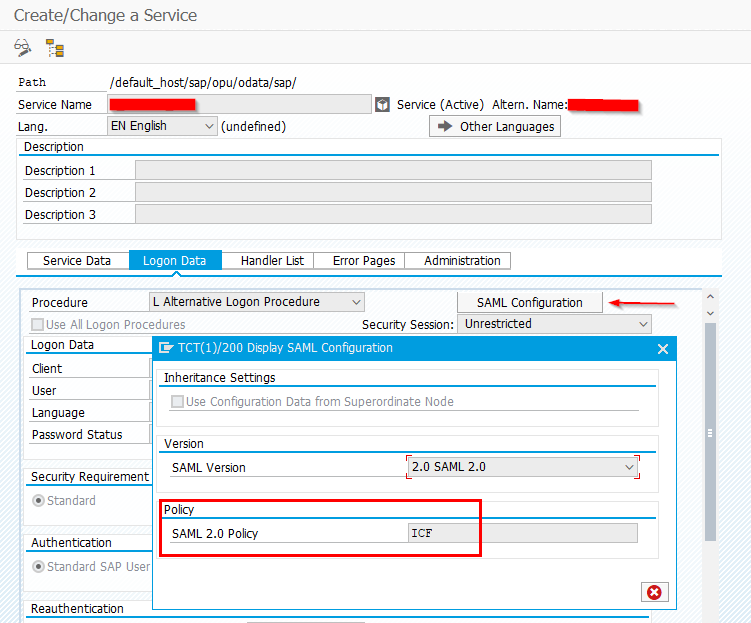 Even though the solution was very simple to implement, the issue cost us a lot of time. I hope that the post is useful to someone else facing the same issue.

This blog post first appeared on the Developer Voyage blog at https://www.developervoyage.com/2021/01/15/every-call-transformed-into-a-get-call.html

I reached same point long time ago, but the main issue was that I was forwarding the SAML token from consumer till backend server( so you are forced to enable SAML 2.0 functionalities in backend system ), and the “correct configuration” is:

Thanks for sharing, Johan! Yet another thing SAP developers have to learn on top of everything. 🙂