In part one, I presented the example on which the developments relies on  and the functionality of the ALP template. I shown the skeleton of of the main CDS view (having “cube” as data category attribute) and shown examples of basic building blocks views (dimension / text).

The interesting point to retain from part one is that we can already use annotations in views that will be used by the presentation layer elements: labels, drop-down list…

Some remarks about that:

Now that the data access layer has been set-up, let’s focus on the user interface part. The analytical list page (ALP) is structured into different parts:

The easiest way of starting the building of the ALP begins thank to the WebIde and the template wizard. The next step is to fill the service provider and edit the main annotation file.

The manifest file needs a qualifier to specify which (main) chart view will be used (data, chart type).

The main data table will be customized in the annotation file thank to the (annotation) term “UI.LineItem“.

Following the official documentation, we need to build our annotations respecting a specific structure: 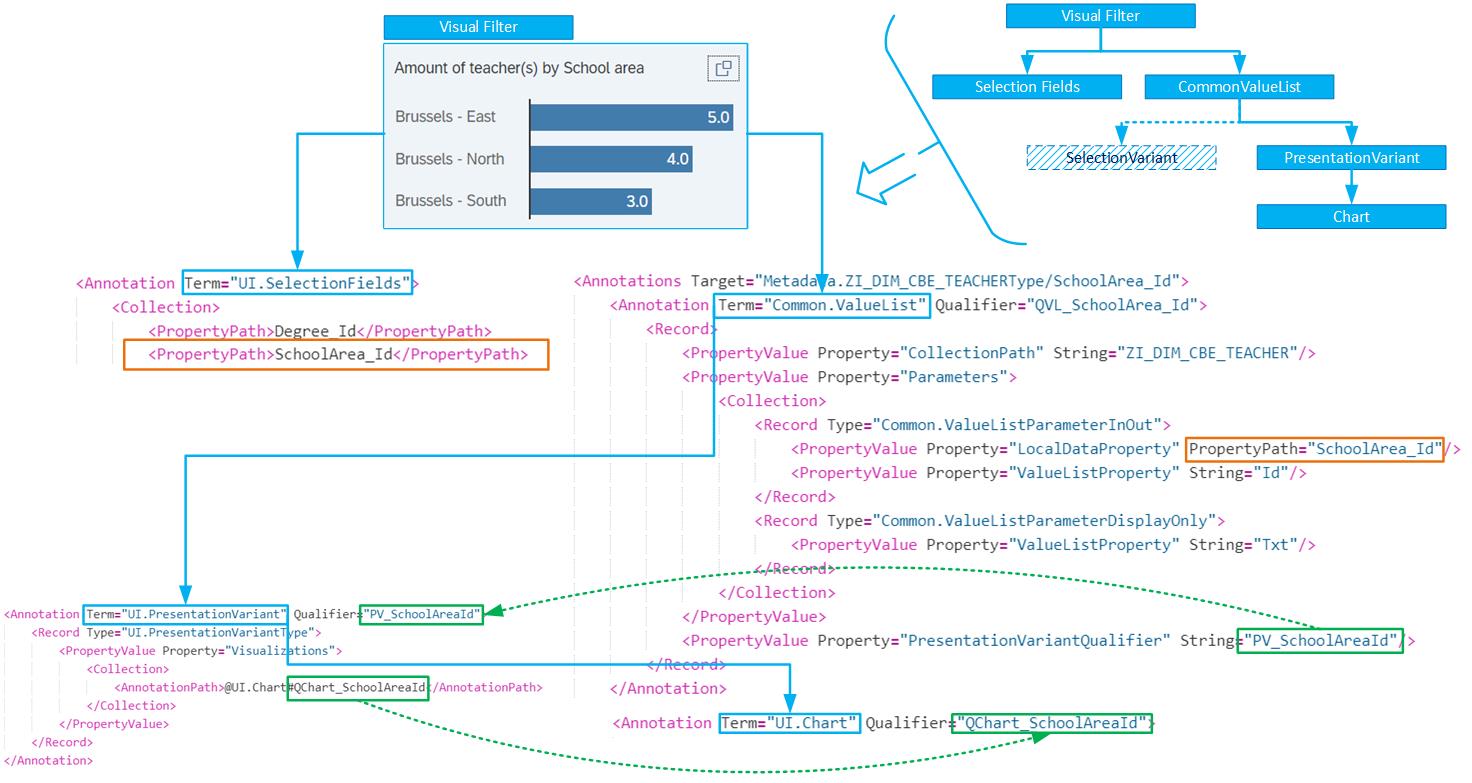 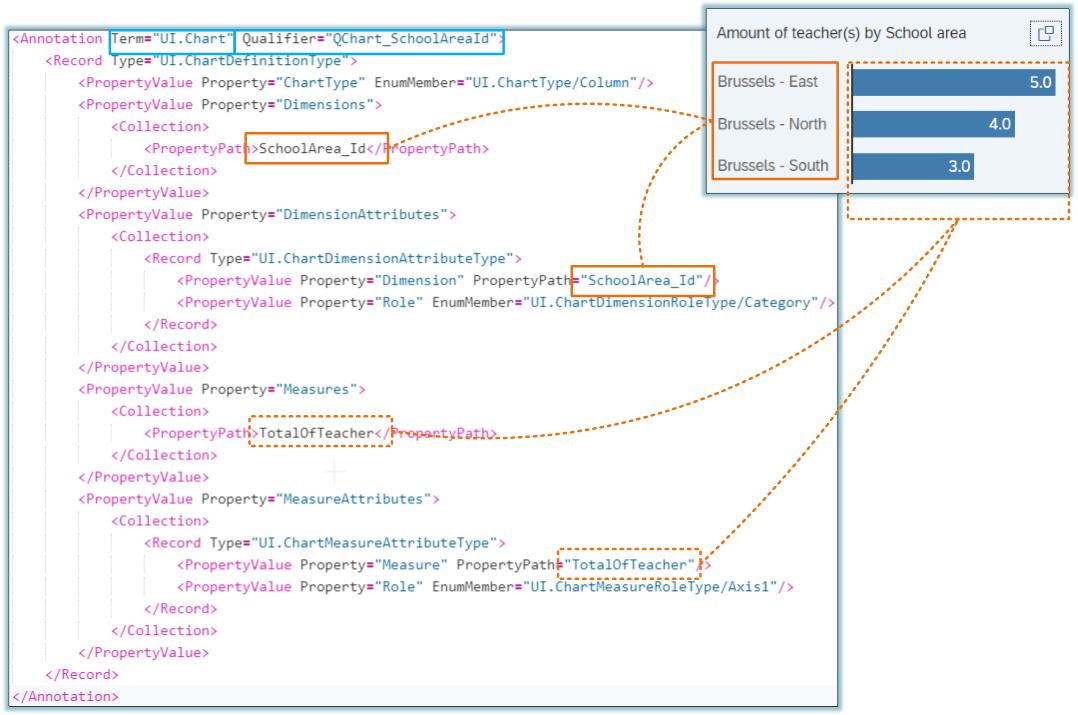 Conclusion: you have now an overview of the analytical list page on NetWeaver 7.5 !