From Econometrics to Evangelism

I was sitting at home with a painfully sore knee after running 6k a few days after the new year (it still hasn’t fully recovered ☹️) when I saw the tweet from SAP Developer Advocate DJ Adams. He casually mentioned his pre-dawn 23K run the same morning, and out of jealousy, I went to his LinkedIn bio desperately hoping that he was much younger than me.

It turns out that we went to University in the UK at exactly the same time (so my injuries are clearly all my own fault) but what caught my eye is that he graduated with a BA in Classics. I was immediately fascinated by how you get from studying Ancient Greek to being a host of regular live, hands-on SAP Developer sessions (highly recommended)

He’s now written up his experiences, explaining how studying “dead languages” taught many essential skills for modern-day computing. And it turns out he’s not the only one that feels that way.

Latin was the only language I ever got good grades in at school, and it was also because it had a logical appeal that living languages lacked (and you didn’t have to speak it! — the only exam I ever failed at school was my French oral at O-level).

I thought I’d add my own (less interesting) path to the technology industry, in the hopes that other people can contribute their inspiring stories (hopefully from sources a bit more diverse than DJ and me).

I studied Econometrics at University (Economics with Statistics) but I’ve been interested in computing for almost as long as I can remember. When I was maybe 9 or 10 years old we had a young lodger, Steve, who worked as systems analyst, perhaps at Plessy in Poole, Dorset—where the bar code was first invented, and where Tim-Berners Lee was then working as an engineer. Steve would give me old computer punch cards that I treasured and learned how to decipher.

At secondary school, my first maths teacher hosted a computer club using his own small 6502-based computer, housed in a home-made wooden box. I remember making myself a cardboard-laminated card with the 6502 assembly language codes on it (want to try programming in it? You can, here!). And the very first computer game we ever played was the famous text-based Colossal Cave Adventure each lunch time we had free (you can try it yourself here).

My school was (and still is) focused on maths and science (Ted Codd, the creator of the relational database, was a former pupil). We were among the first to get access to BBC Microcomputers, and we’d line up with our cassette tapes that stored out programs and try to code in BASIC (frustratingly, nothing I wrote ever worked, which meant studying computer science was firmly off my list).

At university, computers were still very much huge machines locked away in a special lab, so I didn’t get to use them very much except for some macroeconomic statistical routines through a terminal, with the results printed out onto long sheets of greenbar computer paper.

But during the summer holidays I got access to a Medfly computer (based on the Apple II but made in Hong Kong) that ran CP/M (copying files involved intuitive commands like “pip file1 file2”). And after University I worked in Hong Kong for a while doing basic computer tasks like installing network printers and simple dBase systems.

In New Zealand I worked for Shell, and part of my job involved teaching my boss how to use the one IBM PC we had for the whole HR department. I also did some people analytics (leadership pipeline planning, gender diversity reports by level and function, and even what-if analysis of different bonus percentages on the total salary budget).

These involved a Heath-Robinson chain of different steps, starting with using the terminal on my desk to create a specially-formatted mainframe report, then getting the IT department to copy the data to a big floppy disk, copying that into Lotus 123, then using a raft of macros to pivot the data and do calculations, and finally use a separate graphics program and a pen-plotter to make charts on plastic transparencies that could be shown on a projector during executive meetings.

I then decided to return to Europe and learn French (maybe that failed exam still rankled?), and ended up joining a 7-person startup called Business Objects in 1991. I was actually hired to do telesales, but proved to be spectacularly bad at that, so I was quickly demoted to marketing, which involved everything from helping translate the product manuals into English, printing the brochures, organizing the packaging, and even designing some of the early product icons.

Oh, and I’ve now lived in Paris for over 25 years, so I think I could now get a better grade on my O-level 🙂 (except that qualification is now as obsolete as the computers I used at the time).

I’m not sure what my lessons learned are, except that you don’t have to be a computer programmer to enjoy working in the technology sector.

For me, one of the best things about this industry is that it’s fast-moving enough that you can relatively easily move from one role to another without too many questions asked, especially in smaller organizations — although we need to do a better job of appealing to a more diverse group of people in the first place (I was both lucky and very privileged to be able to get into the industry and change so easily).

Wow, what a wonderful story, thanks for sharing, Timo. So many of the things you mention resonate with me and conjure up happy memories – the 6502, using pip, BBC Micros, and so on. Very jealous of your punched cards from Plessey, a company which, incidentally, had one of the IMHO coolest logos of all time, back then, given their electronics focus. 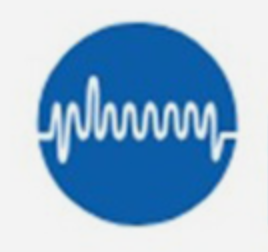