SAP S/4HANA for Central Finance divides the process of data replication into 2 parts;

There are preparation steps for all these processes that are mentioned above. This post explains the steps in the initial load of FI/CO Postings.

Before you start the initial load, necessary settings in Central Finance System must be carried out. Master data maintance, key mappings and value mappings, Central Finance FI/CO configurations, initial load of cost object, steps have to be completed.

Then following customising steps must be configured in Central Finance System. 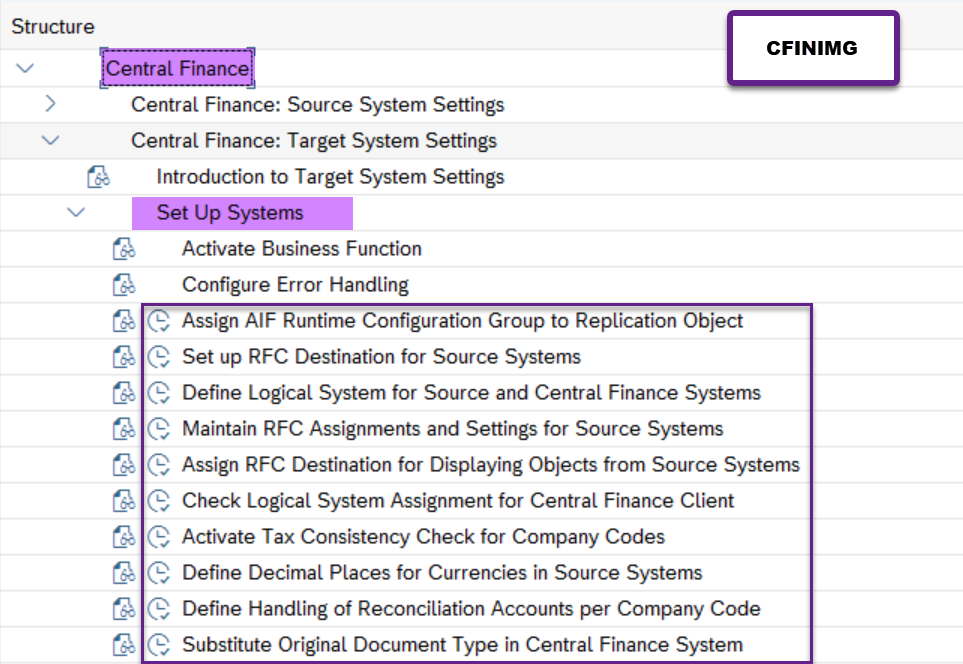 Following settings must be completed in Central Finance System 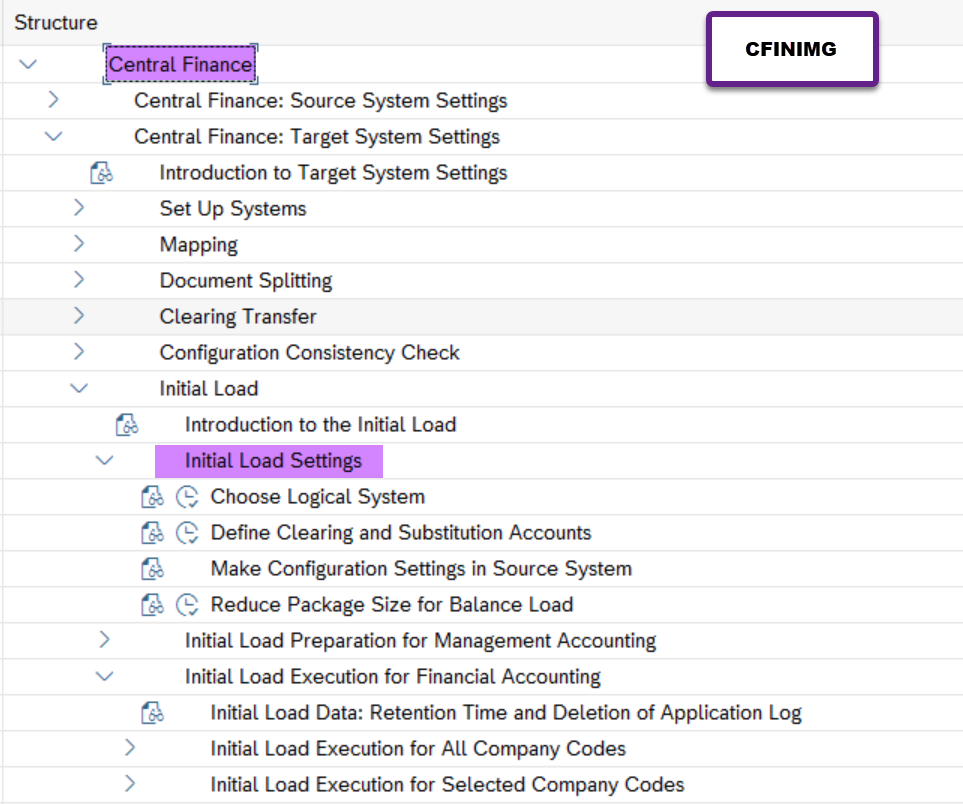 There are two existing options for posting and simulation execution of the initial load; 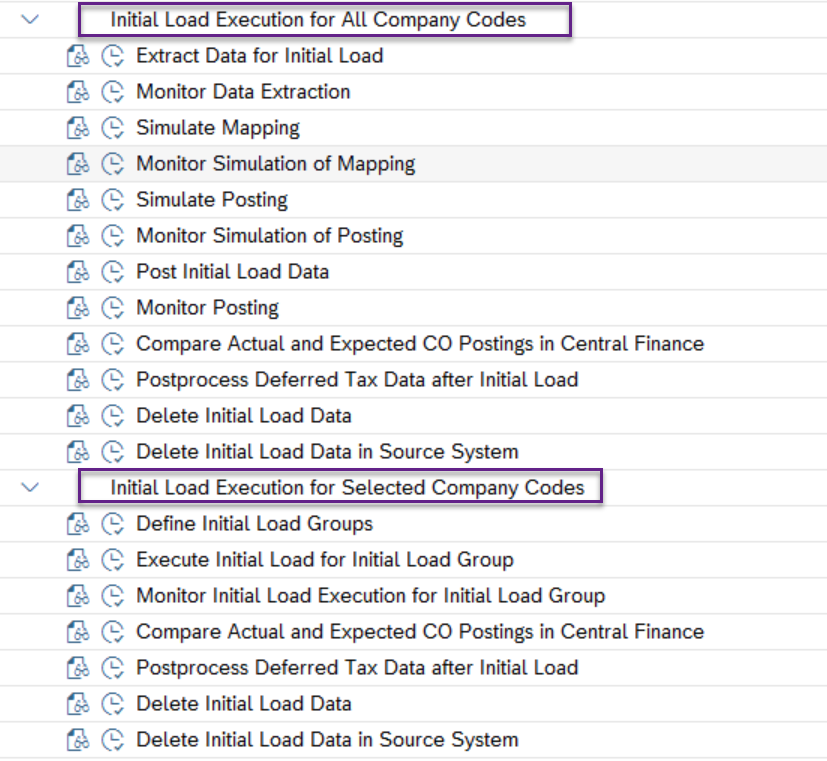 Following steps need to be executed in sequence shown in the table below to complete the initial load.

Below you can see the detailed screens belonging to the steps mentioned above; 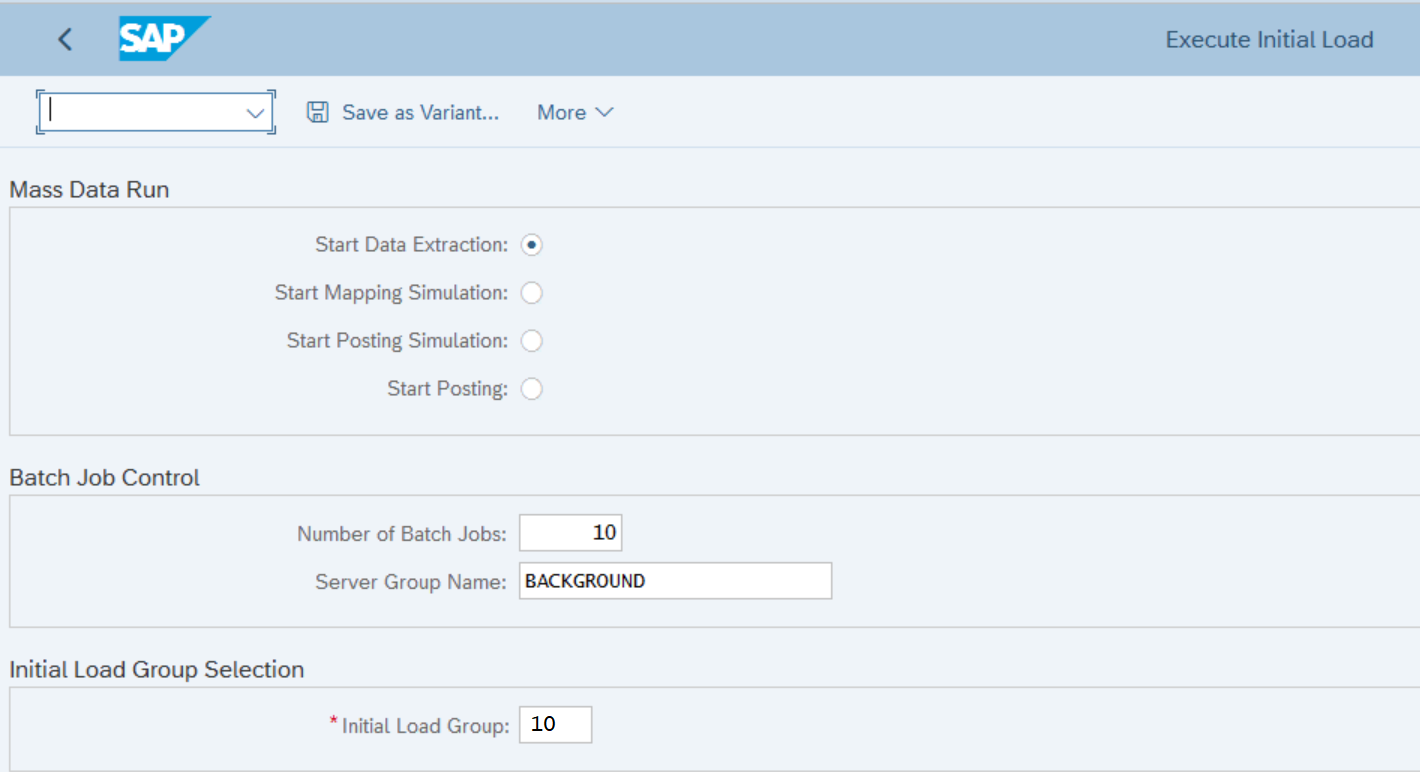 In this step you can monitor the progress of the extraction run as follows;

When you see the process status finished, you can move on to the delta extraction step.

Once the extraction process is complete, you must always start the extraction again in delta mode, because there is a possibility that not all the documents are selected in the first run.

After the extraction step is completed,  set “Initial Load Finished“ flag in the VCFIN_SOURCE_SET table in the Source System.

Mapping Simulation: Missing mappings can be monitored before starting the actual initial load.

Posting Simulation:  All the error messages that are due to missing mappings, customisations or master data can be monitiored/analyzed and related causes for these errors can be resolved.

This screen displays the estimated completion time and, number of packages according to their status such as unfinished, finished..

This screen displays a list of the errors by grouping and you can select the errors displayed by double clicking on the error messages as shown below; 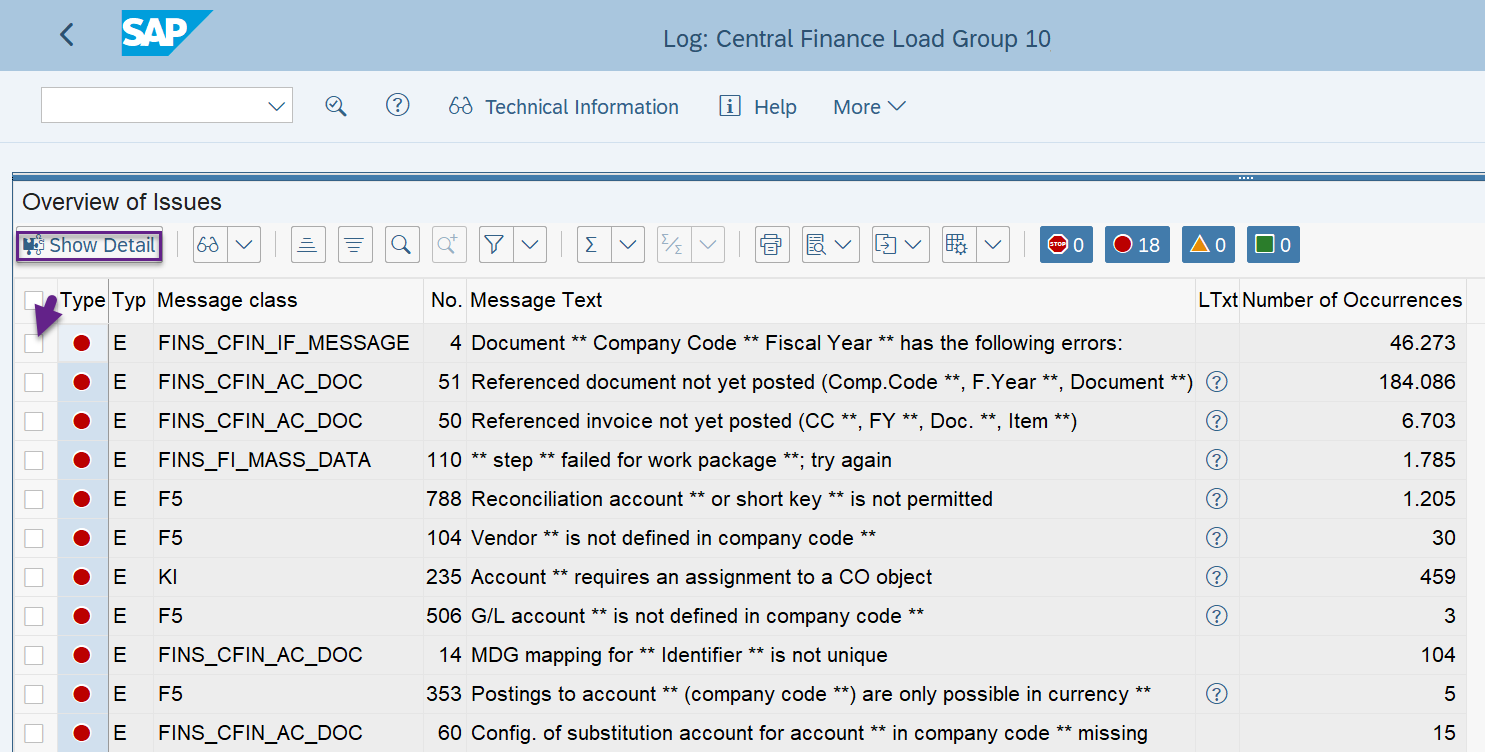 Once you select a message class as shown above and click on the “Show Detail” button, you can see the list of messages with their corresponding example packages

You can begin the start posting step for the extracted data. 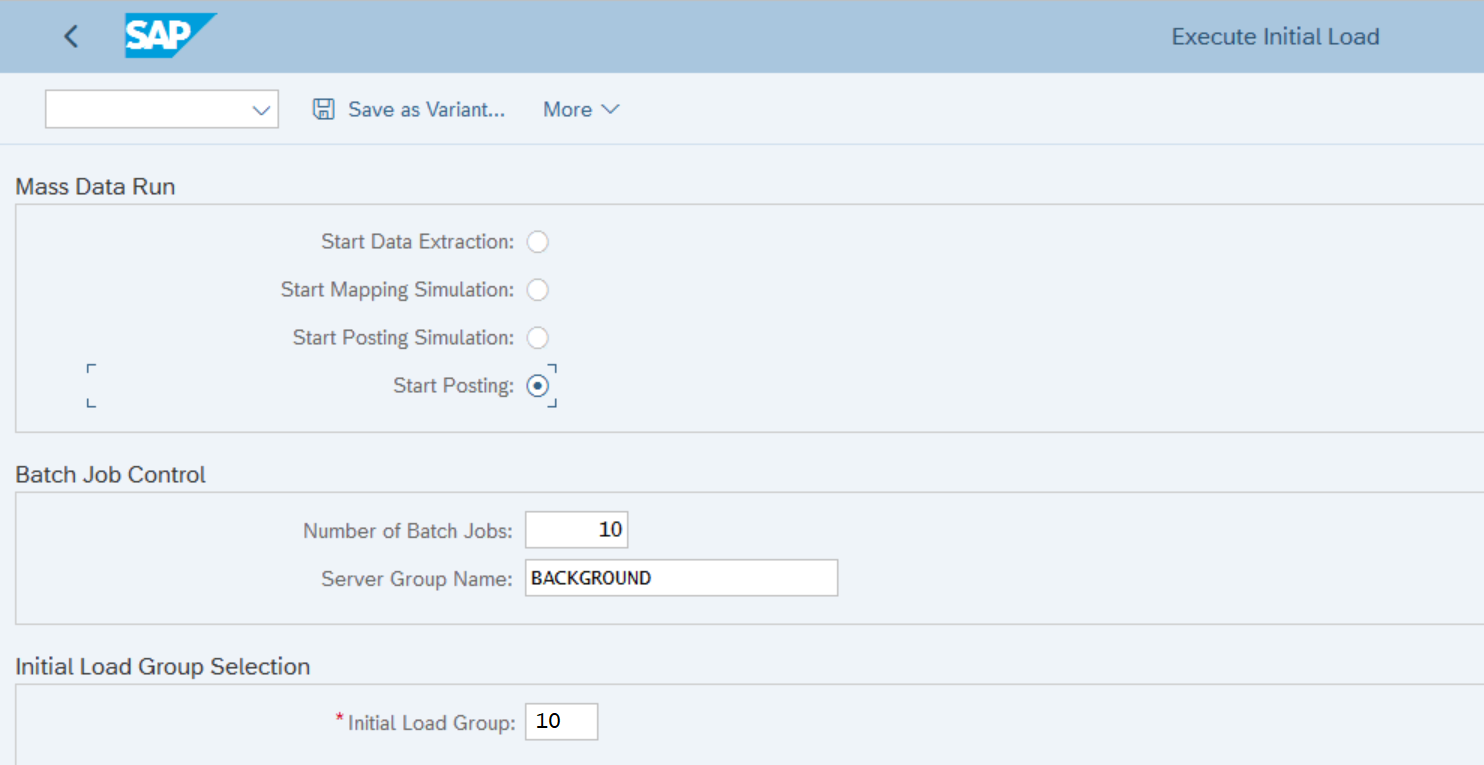 After all the Referenced document/invoice not yet posted” error messages are resolved and the error message count is zero as seen in the table below, initial load data has been completed successfully.

In this blog post, the preparation steps, execute and monitor the initial load of FI/CO postings are explained with detailed screen shots. Hope this post will be useful for following the steps during initial load execution. 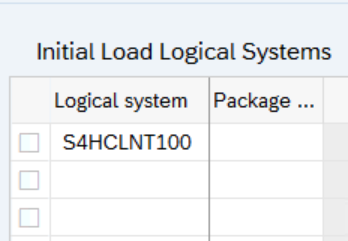 Thanks for your good and detailed explanation.

We have got this error after run