How the heck does a chatbot work? Now with disambiguation

I wrote a blog a few months ago called How the heck does a chatbot work? about how an SAP Conversational AI chatbot figures out what actions to take after a user enters some text. It was the result of my own extensive — sometimes painful — research on how the heck the chatbot figured out which skills and which actions to execute.

I wanted to update the post, to make it clearer, and in light of the new feature called disambiguation skill.

This feature lets you create a new skill in old chatbots, or creates the skill automatically in new chatbots, that is triggered automatically when more than 1 skill is triggered by the user’s utterance. The skill simply displays a button for each skill and lets the user decide which he meant.

So when I say “buy guava”, both intents are detected, and both skills are triggered. So the disambiguation skill is executed. 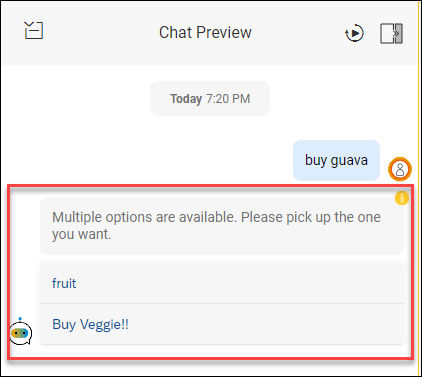 Nice feature. Here’s a video if you want more information.

This was the feature of the month for December, as described by Paul PINARD in his recent blog.

Where does that leave us

This changes a little bit how the chatbot figures out which skill to execute, specifically, when more than 1 skill is triggered.

Here is the revised workflow diagram, showing how the chatbot selects the skill for the current utterance (click the graphic to make it bigger). 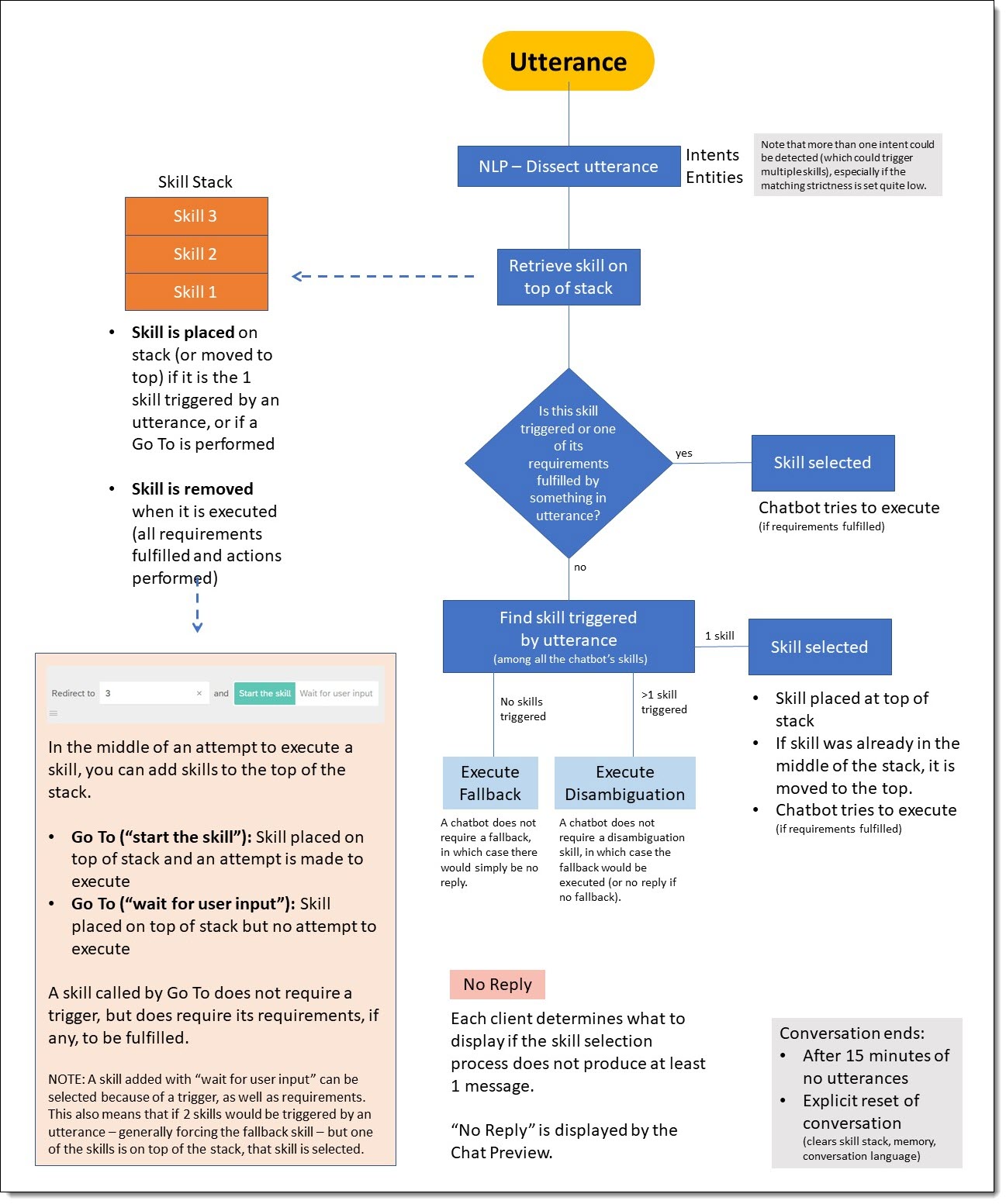