In Part 1 of the series, we talked about various charts supported in SAP SuccessFactors People Analytics Report Stories. In Part 2, we focused on comparison charts and their usage. In this blog post, we would try to cover the Trend and Distribution Charts and their application in details.

We will reuse the same example organization “BestRun Pvt Ltd” and various individuals in the organizations we had introduced in Part 2.

Best Run Pvt Ltd is a large global multinational headquartered in the United States. Let’s look at part of it’s HR Organization Structure which we would be used to demonstrate use cases for the charts.

Trend charts are used for demonstrating a change in a variable across a time series.

Distribution charts are used for demonstrating the distribution of values within a dataset. 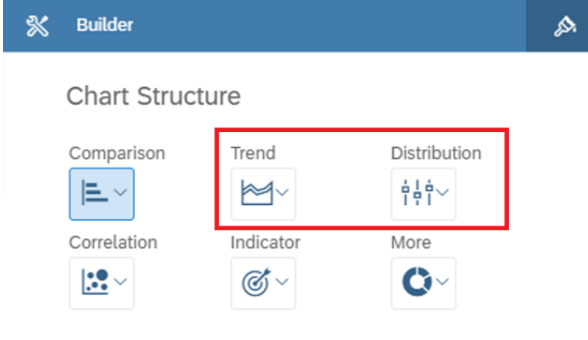 Example – Eugene, VP Recruitment and Onboarding wish to review Internal Move In and Internal Move Out for Manufacturing Business Unit across the years and see if his multi-year initiatives taken in 2017 after witnessing mass internal move-outs have helped in reducing move out and improve internal team satisfaction. 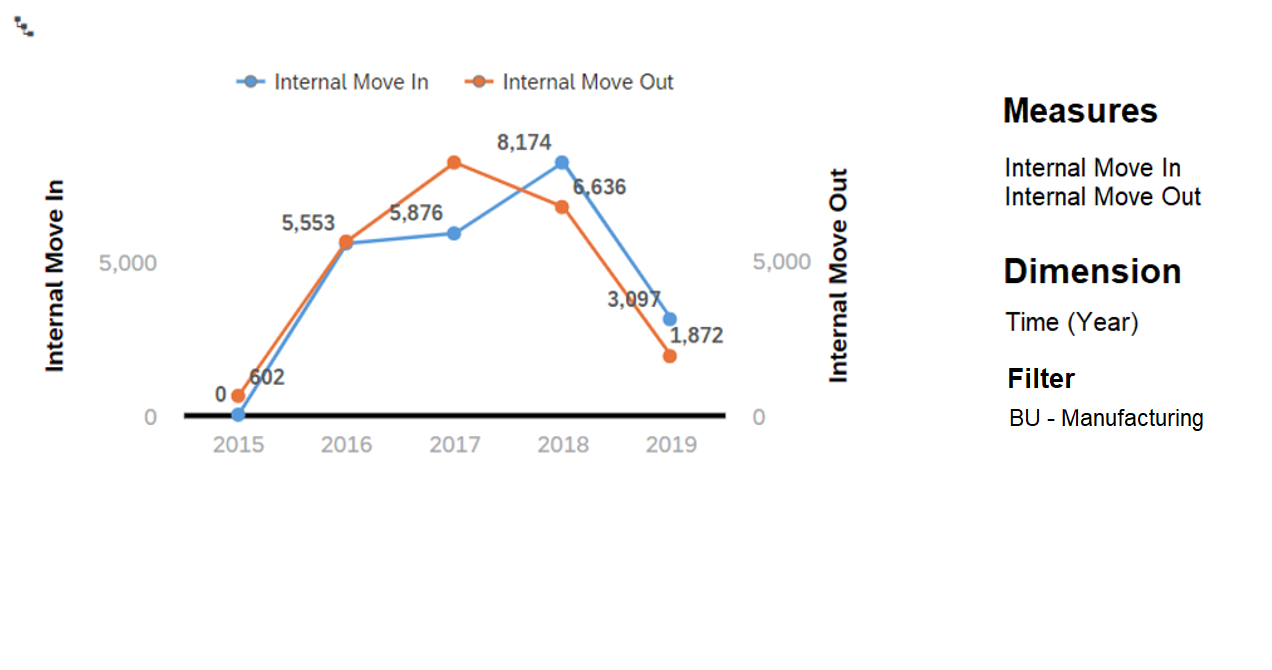 Example – Max, VP Employee Relations is looking into understanding absenteeism in the best and worst-performing teams across 2018 to identify initiatives for reducing the same.

Example – Jenny, HR Head America, wishes to analyze the performance of all the Recruiters reporting to Eugene understanding minimal, maximum and quartile-based performance in terms of job requisitions that have been opened in the last one year. The following graph shows 10 out of 129 are outliers for filled status. 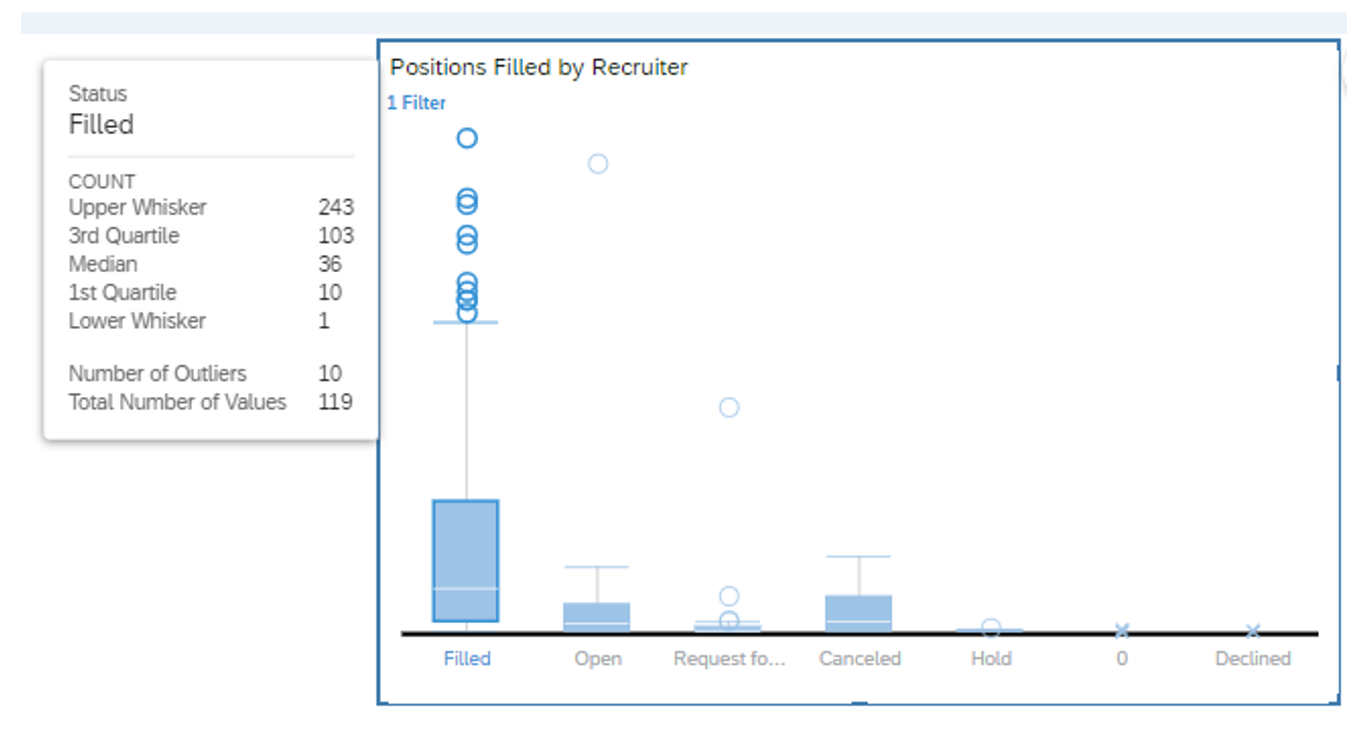 Example – Max, VP Employee Relations is trying to analyze terminations in an organization in a given the Fiscal year 2019-20 w.r.t Separation Reason and Gender. 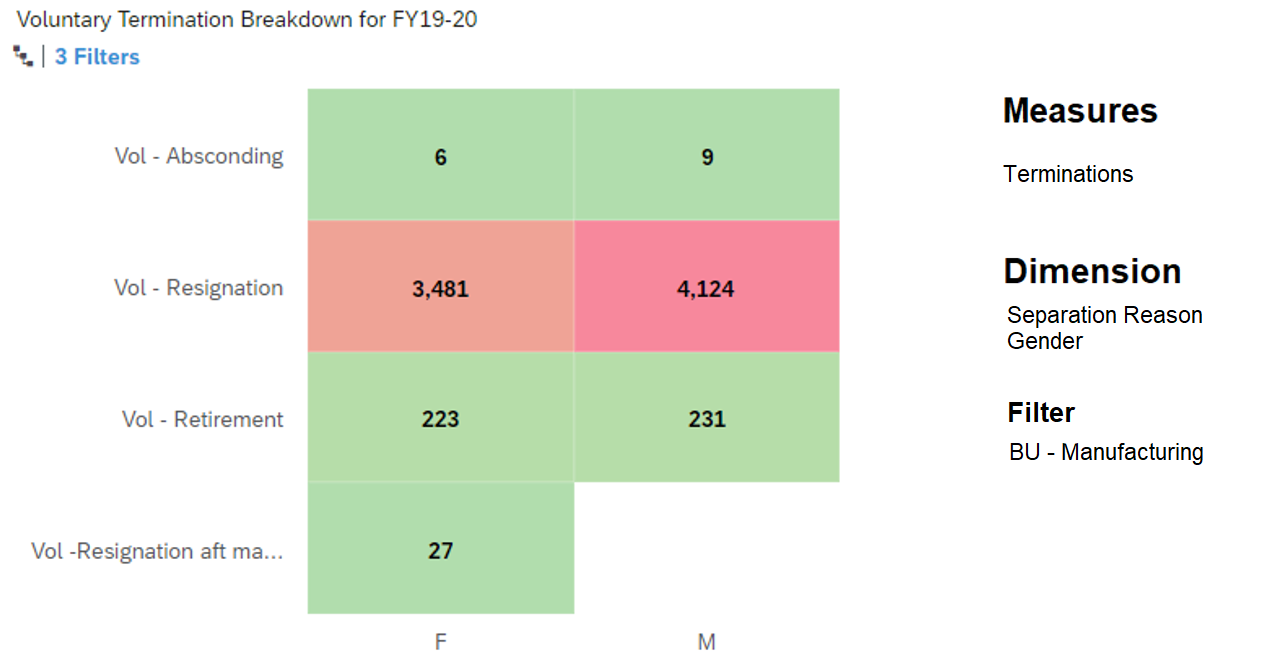 Example – Steve, CHRO is analyzing section performance ratings of individuals reporting to him w.r.t those who have completed and those who are in modify stage. 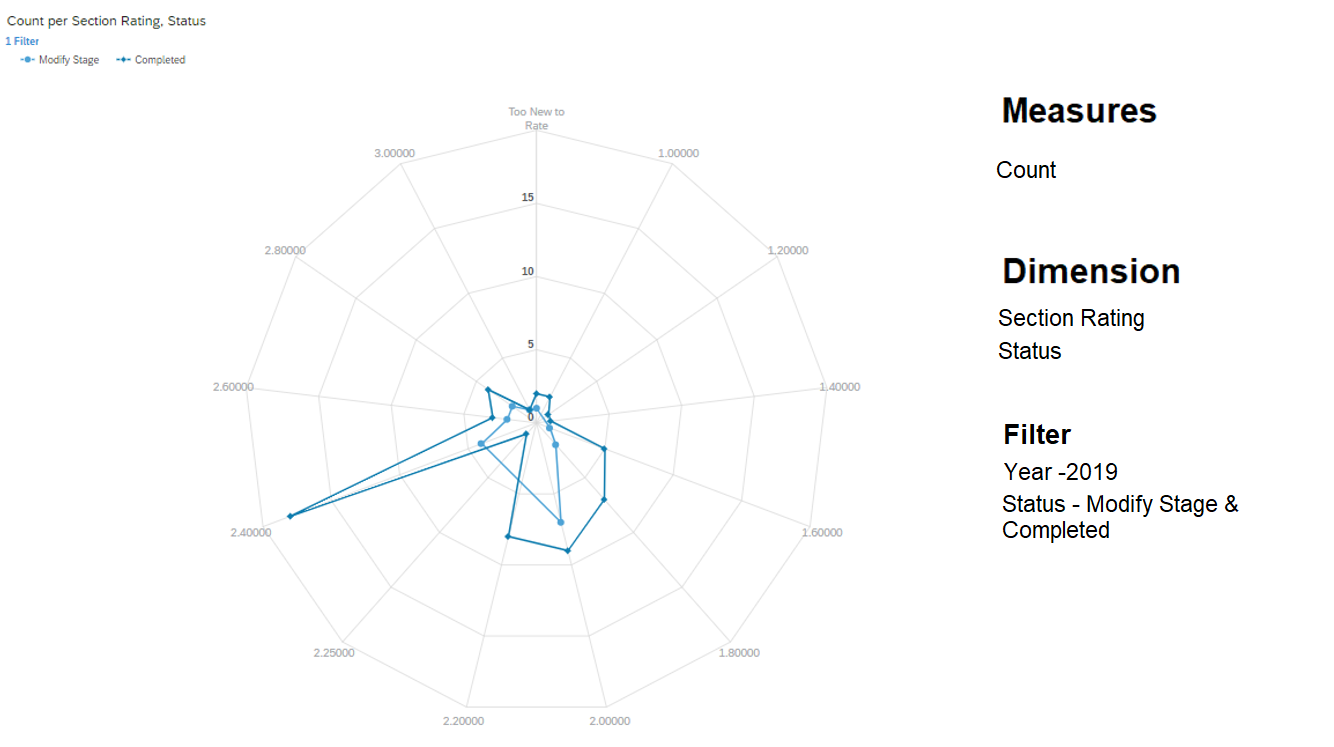 Example – Steve, CHRO is looking at how his workforce is distributed across countries

The following example even though maybe best supported on a Geo Map but for the lack of current support Geo Map a good alternative we have chosen is TreeMap which shows distribution with size varying across size and color. 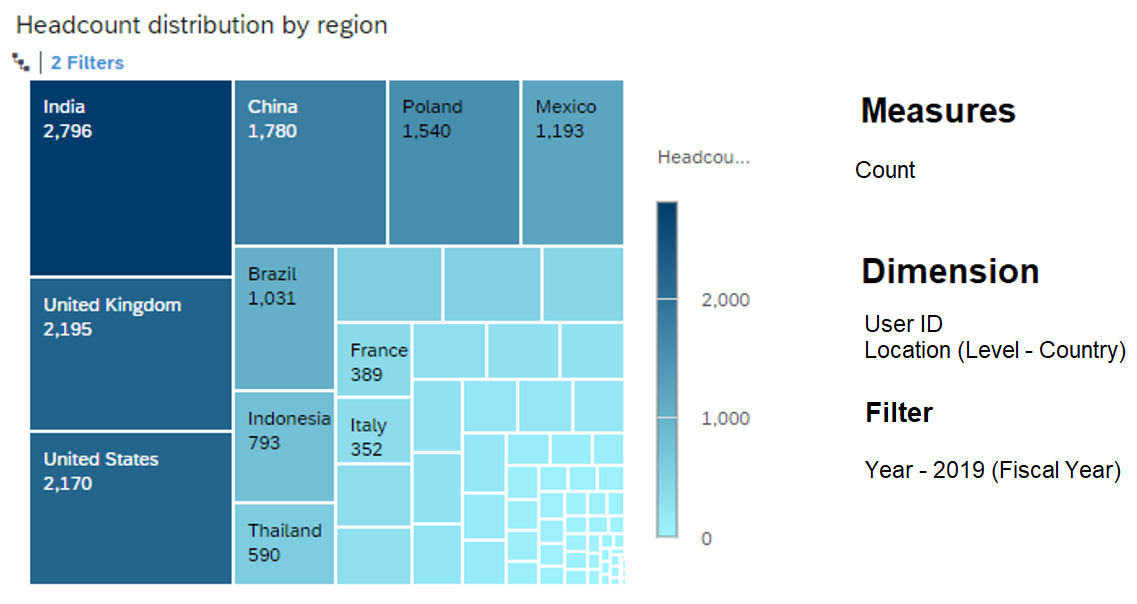 In the next article, we will try to cover the remaining charts and best practices associated with them.

Note: All images are SAP Copyright and created in Report Stories in test company instance for this blog post