Figure 1: Concept for rolling forecast with ACTUAL (Actual), RF1 (Forecast 1) and PF (Projection). Before the forecast (RF1) is entered manually, we “post” the automatic projection (PF).

From month to month the ACTUAL is updated and the “Cut Over Date” is set one month further. To do this, we optionally create a new forecast version for each month (for example: RF1, RF2, …RF[n]).

Before we hand in our RF1, we want to offer a suggestion value to our participants in the rolling forecast process. This not only provides a convenience to the planners, but also allows for a shortening of the forecasting process. Accurate extrapolation can save considerable effort in manual planning. Especially in the case of a large number of products, articles or customers, for example, automatic extrapolation offers great potential for reducing the forecasting effort and speeding up cycles. 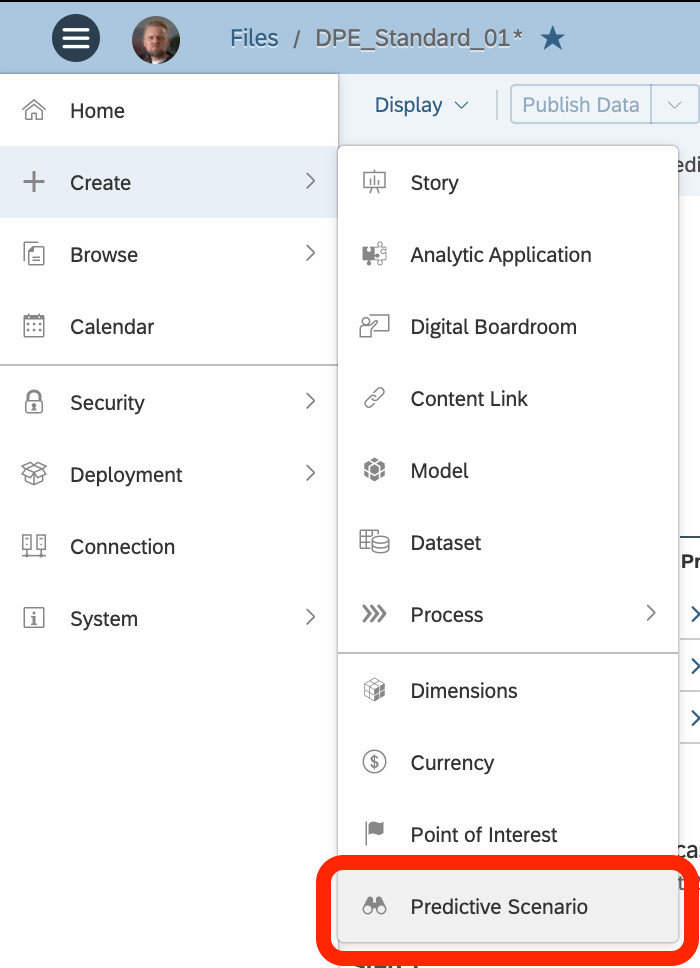 Figure 1: Menu “Predictive Scenario” in which the time series projection is created with MR 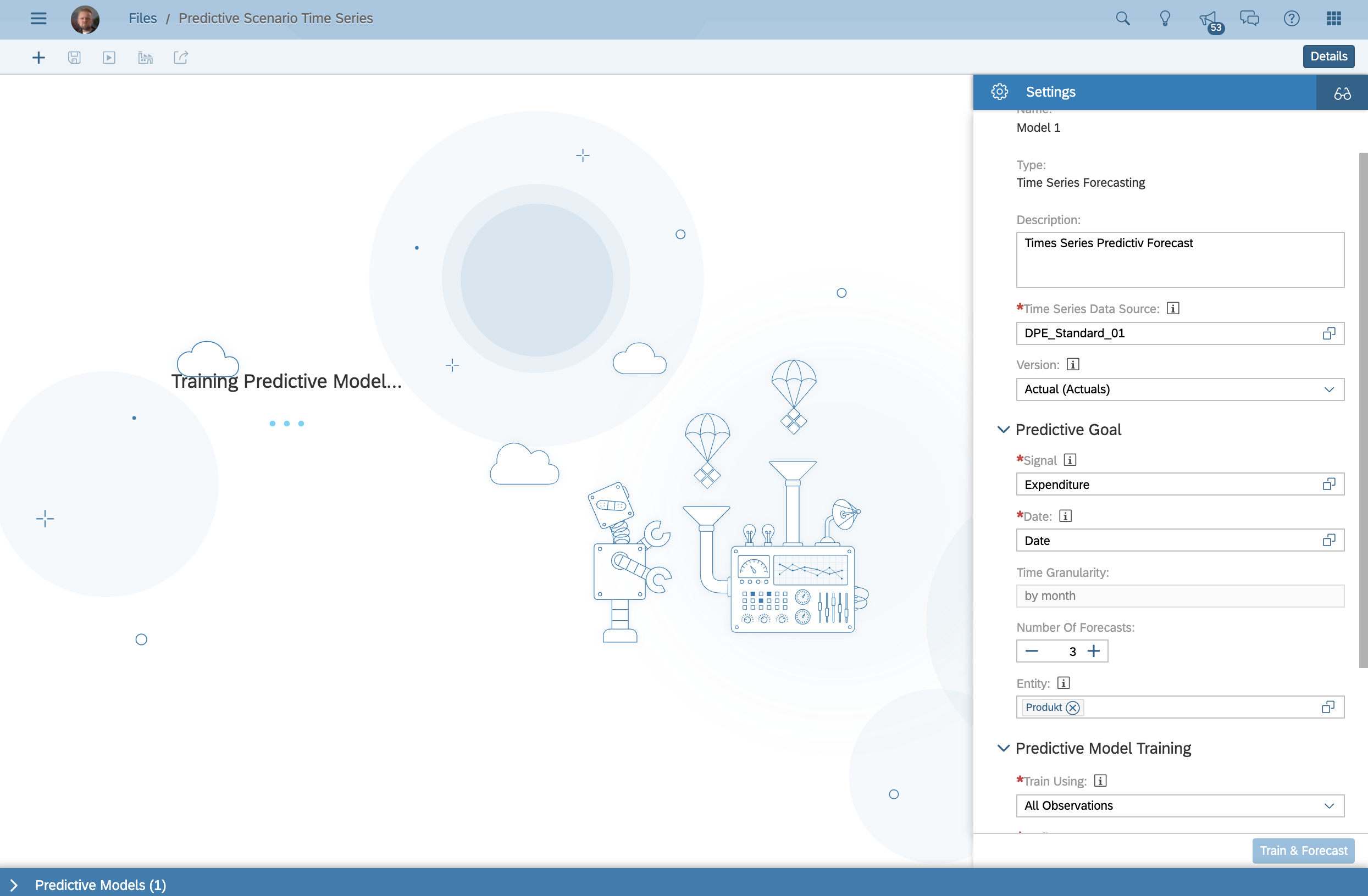 Before the transfer of the extrapolation results, the scenario or version “PF1” and “RF1” is empty. In Figure 4 we see the rows, but from the cut-over date January 2021 only empty. IST (ACT) data is available up to December 2020. We loaded the data in the last blog post and set the cut-over date. 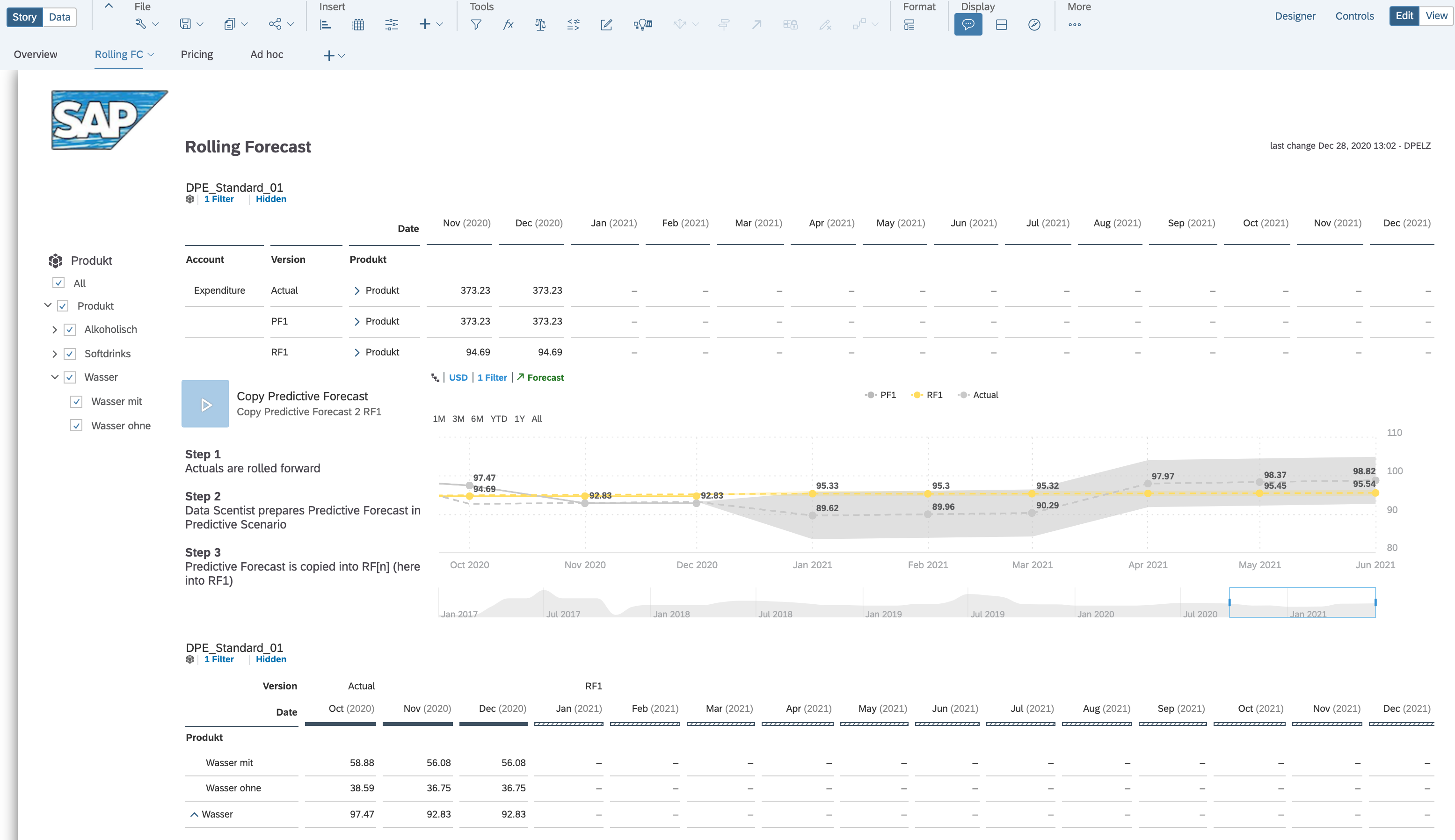 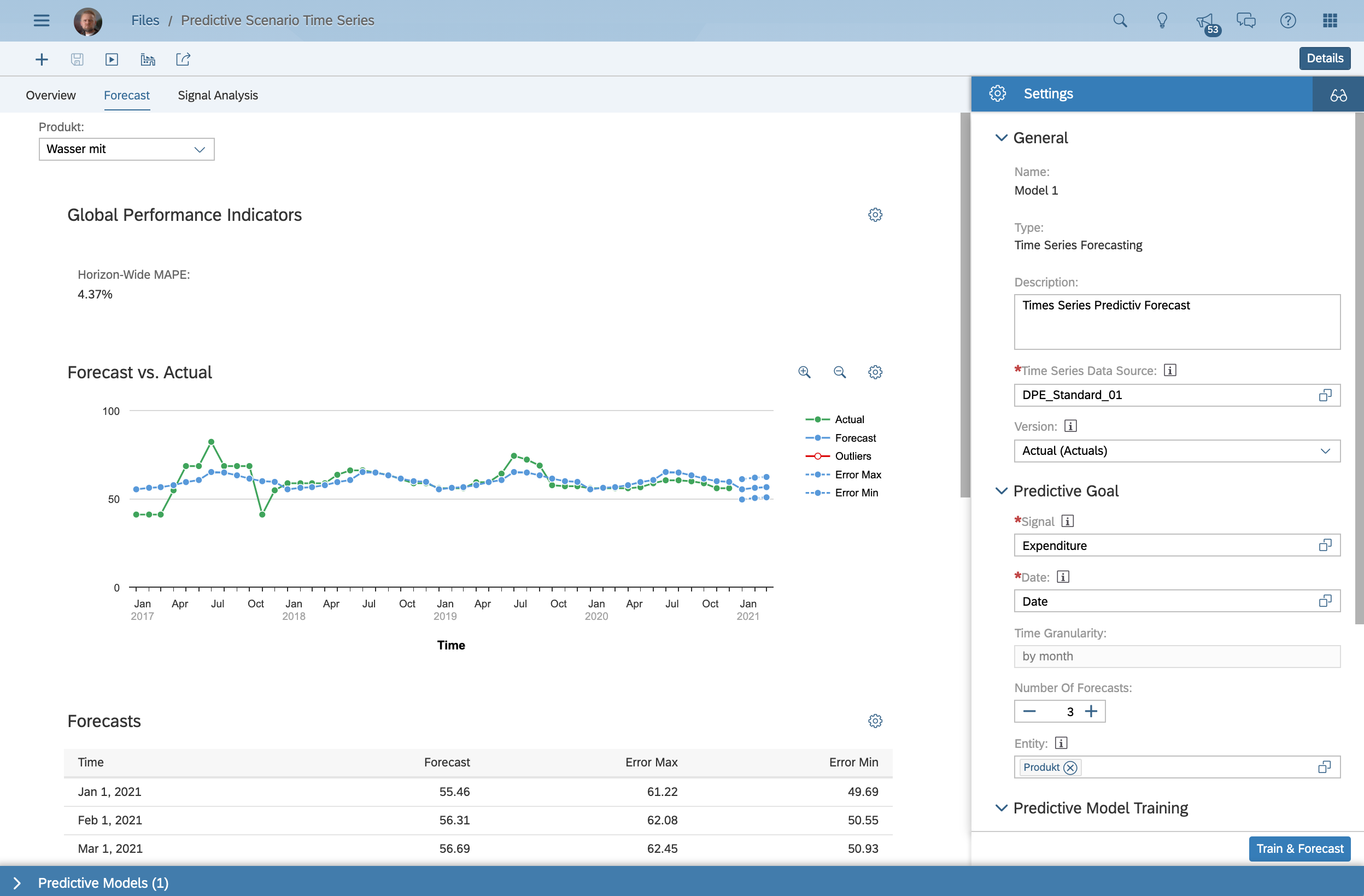 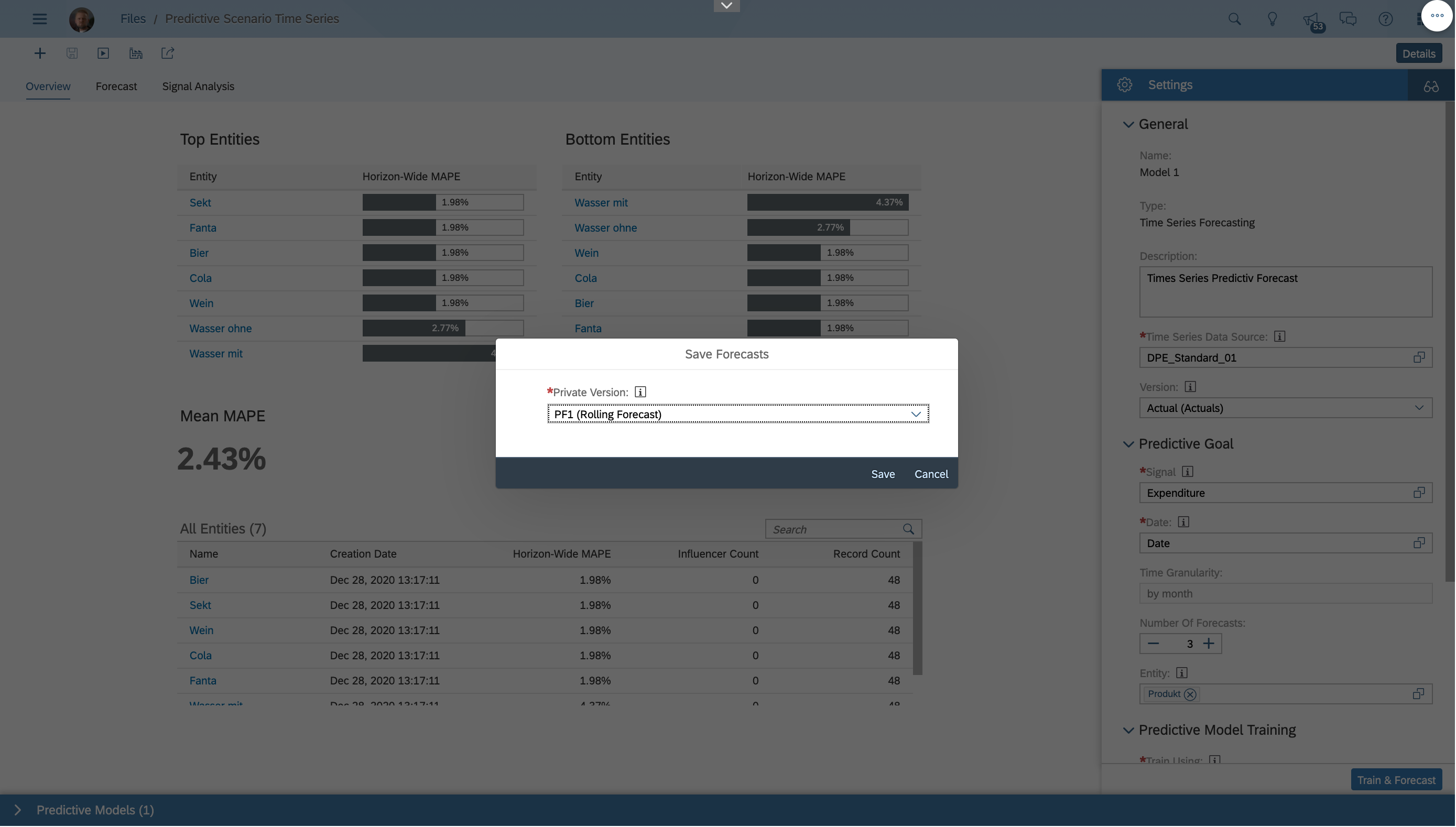 Figure 6 After the projection has been generated, it can be transferred to the Forecasting Scenario (in the example the version or scenario PF1)

Now the next forecasting cycle can begin and the participants in the process enter their manual adjustments in the rolling forecast only where necessary. In the best case, these are only a few occurrences, e.g. for strategic products or exceptional situations.