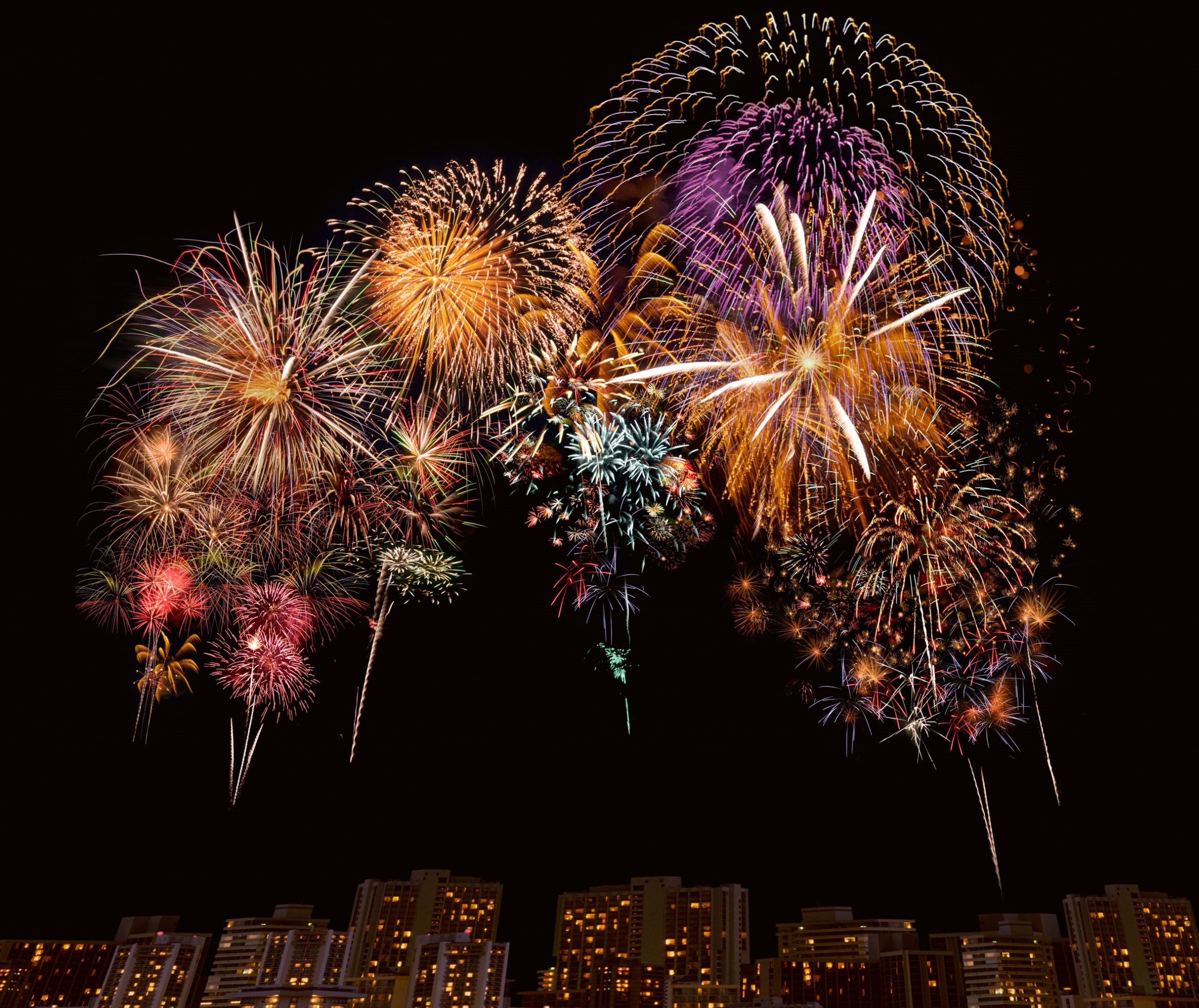 A short blog just before the new year: Ever wondered how to integrate SAP EWM to warehouse automation?

In principle there are two ways:

I found there was very little help and documentation for the second approach and recently got asked what it would look like and when to use what. Now, this blog isn’t going into the depth of pros and cons just that much:

Please also refer to the S/4HANA related documentation to get a good overview, I will cover the parts which you won’t find in there.

What can be communicated with EWM-WCU?

There are several message types with according IDoc-types that you can use for your integration, these are:

How is it set up in SAP EWM?

It’s a little hidden in the customizing, but you find it under the name “subsystem” in the interfaces section of the IMG. 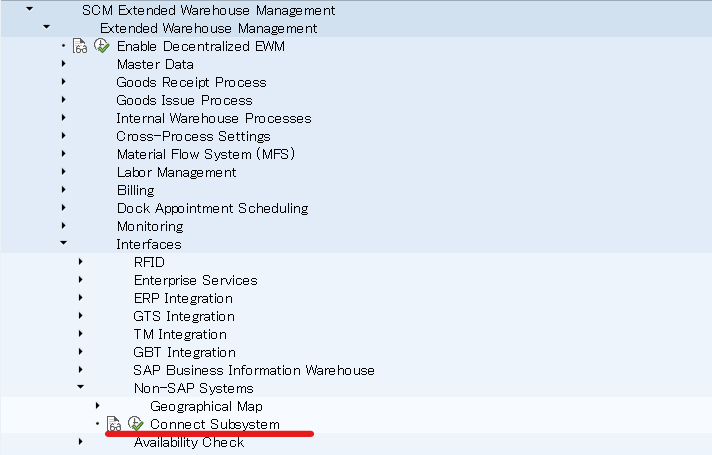 It’s activated on a warehouse number level – from there are three areas for configuration:

Finally a few words how it looks in operation. Let’s create a movement to the pick-point by WPT Y998. The IDoc is created and sent to the subsystem.
Note: In a layout-oriented storage control if the sub-system-relevant movement comes later (according warehouse task dormant) the IDoc is sent once the warehouse task gets activated! The picture below shows such a WMTORD IDoc. 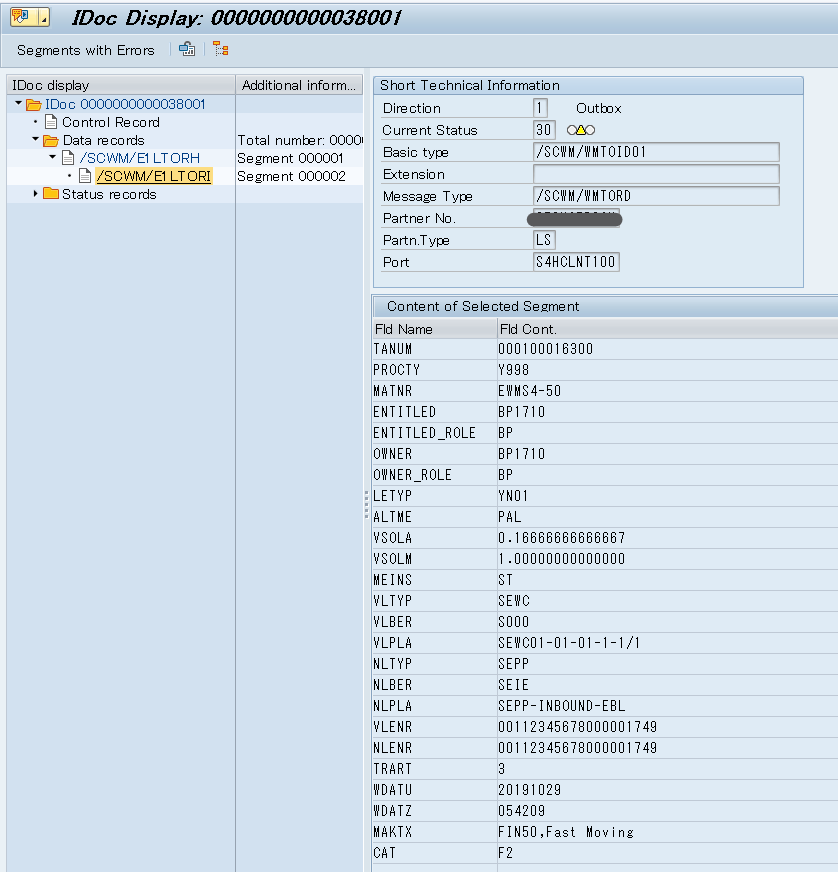 You see the hierarchy of warehouse order/ warehouse task and also there’s quite a lot of data transmitted regarding product specific information (more can be added as stated above). Let’s say we made a mistake and we want to cancel the WO. What we receive is this message:

So we should see a new IDoc containing this request:

How neat! You can use transaction WE19 (IDoc Test Tool) to simulate and test the according messages you would expect from your automation.

Finally, how can we cancel or confirm within EWM? Direct confirmation will lead to an error:

Likewise – without prior cancellation request – it would say it can’t be confirmed because subsystem is active. In this case you have a special button in the transaction for foreground confirmation (and only there):

Push this button, the ES box will be checked and you can save and confirm or cancel whatever you have pushed.

You have seen all relevant parts for SAP EWM-WCU configuration including enhancement possibilities. For those that worked with SAP LE-WM you might have noticed “slight” similarities in the IDoc field names 😇 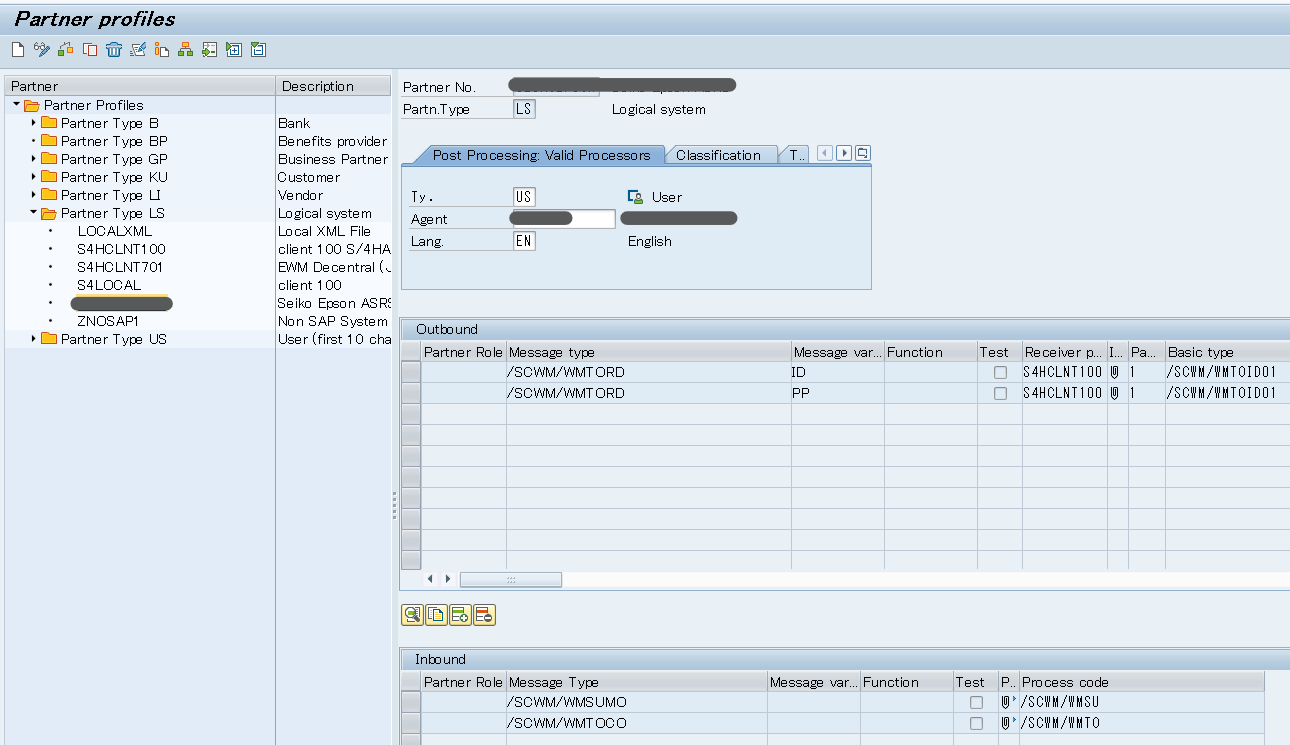 Very helpful Gunter. Much appreciated!
It is OK to assume that this logic applies to both an embedded and a decentralised EWM- system, right?

That assumption is correct! I've taken the screenshots from a S/4HANA 1909 embedded EWM but it will look the same if it assumes a decentral role. Also you'll find it in the SAP EWM9.5 as the last version on the old technology stack.

This logic applies to both an embedded and a decentralised EWM but if you use this in embedded then additional license cost is required.

Many thanks. For me it´s clear now that WCU can be managed both in Embedded and Decentralized.

Only 2 questions to understand with more detail WCU interface. From your words :

"Use WCU if the requests you plan to send to your automation are product (material) related. This is often the case in a “black box” scenario where EWM is not in control of strategies or physical bin stock."

First question. Material related. Could I manage it also with HU or the interface have restrictions to manage it?.

Second question. Strategies. If I can send WT to another WMS system, for example in an Inbound process, I can manage a putaway strategie to manage directly from EWM the process?. Some limitations to do that?.

If you plan to run strategies from EWM and HU-based, then have a look at EWM-MFS as it provides more functions than WCU. E.g. a load balancing between cranes can't be properly set up by WCU without development effort.

Ok. Understood. Thanks many to clear both.

Of course, MFS is the best solution. Maybe, you could push to move MFS from Advance to Basic Embedded funtionality.

The second way is so similiar for me so it is used a project i have ever been. If i find an oppurtunity, i will try Mfs as well.