SAP Profitability and Performance Management 3.0 will be wrapping up 2020 with another support package (SP12) that we can all expect on December 22, 2020.

The Support Package is to deliver enhancements for Visual Modeler and several Modeling Functions. Aside from these enhancements, SP12 also is to introduce four (4) new sample contents, one (1) new fixed content and lastly a new modeling function called “Condition”.

If you are interested to know more about them, read further as i am now about to give more information about these functionalities.

SAP Profitability and Performance Management’s Visual Modeler SP12 can be identified into at least four (4) main screens where you can expect three (3) screens to still be on display mode, and one major screen which is editable has been enhanced for better reporting experience.

In case you are on a lower version and would still want to experience to use the offered SP12 functionalities, please implement below notes.

These notes have equivalent blog posts too prepared by my colleagues to better inform you of what the notes are for.

In addition to above functionalities that we can all enjoy and use by applying the notes mentioned, there is one specific enhancement which is a new chart type called “Sheet” for Visualize and Report Management Screen that has not been part yet of any note released and can only be used upon patching to SP12. The idea of this new chart type is to be able to update existing datarecords without too much of a difference if you are to use a microsoft excel application.

Upon report creation, editing, or copying ; a newly introduced field called User Group has been added to restrict a specific report to only be seen and launched by assigned group of people.

Please take note that creation of the group to be assigned on this field must be done by your security expert via transaction code SUGR and it must not be expected that the group will be created in the My Reports screen. 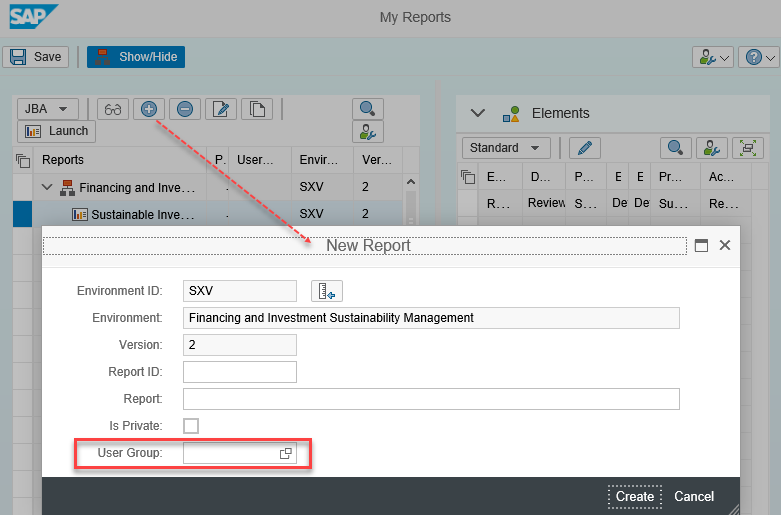 The iteration feature is now enabled also for the simple allocation type.

In the previous support packages the iteration option was only available for allocation types with offset.

A new Condition function has been introduced to have a more optimized execution process.

Previously the procedures of each interim functions are being executed in order to reach a final result even if the function is not fully necessary to be executed for a specific scenario.

With SP12’s Condition function, this mechanism can now change.

If the condition maintained in the rules tab is not met, all functions under the said condition function will be skipped during processing — giving in the end a faster processing time

Like in the example below, if the parameter I_KF gets a value of 10, the whole function tree under the condition function starting with the View (1 VI) will be triggered. Otherwise, the function logic of the children functions will be skipped together with a corresponding message in the application log.

A new dialog box for complex selection is now available on the Input tab of the Join function. It enables you to define advanced selections using formulas and SQL functions to sophisticatedly filter datarecords before it is even used further in the rules tab of the Join. 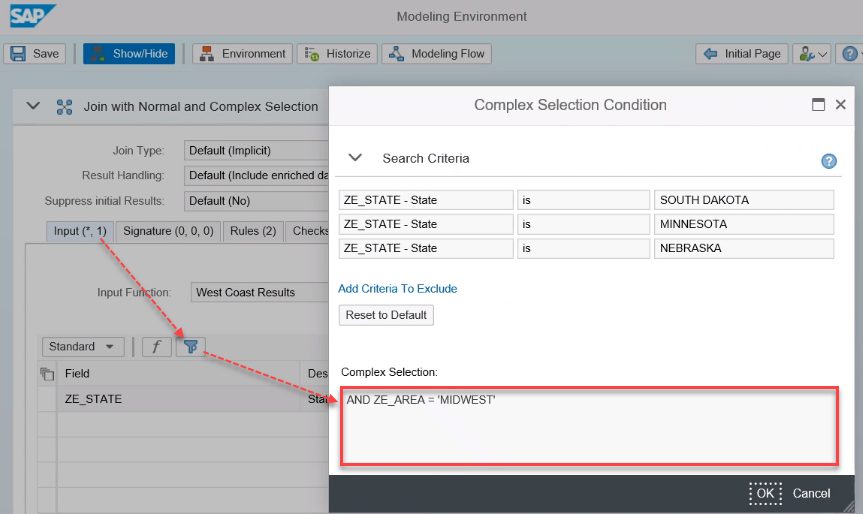 You can now find the following new iteration types on the Advance tab of the View function:

Previous Support Packages already had delivered iteration types such as For Loop and For Loop Reverse which execute HANA stored procedures of an input function multiple times during function execution.

Unfortunately there are cases where these previous loop functionalities could not completely process input functions which have processing logic outside of the stored procedure, such as in a process chain. One good example of a possible input that should be used with this new types is Writer function that writes data to SAP BW. 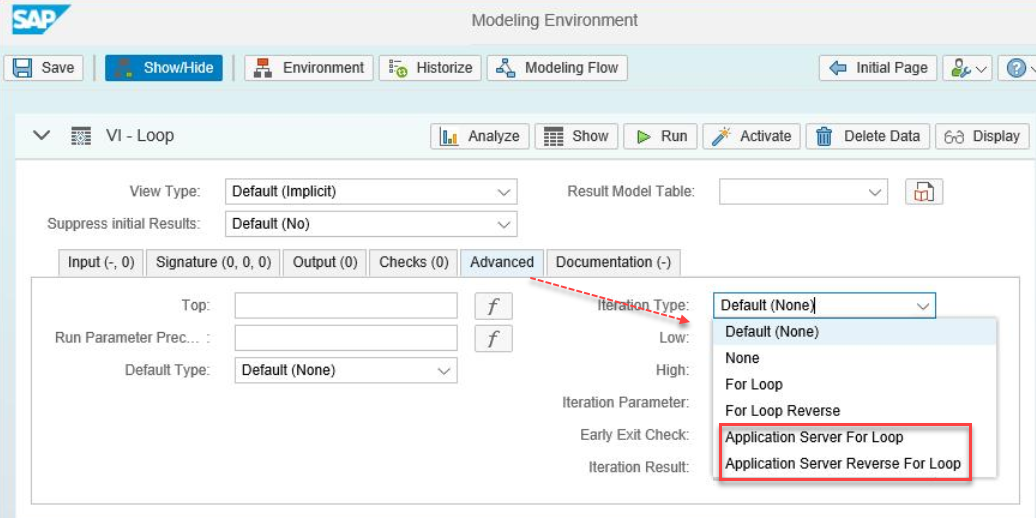 there is no modeling changes that is visible on writer, the enhacement is more on performance. In SP12 memory consumption during writing process into Financial Product subledger or RDL has been improved. This will be helpful specially during mass datarecord storing into RDL.

These new contents can be expected after patching to SP12 and applying the proper piecelist mentioned in the administration guide.

Aside from above contents, there were also several contents enhanced such as:

Now that all the functionalities were discussed, i want to wrap up my blog post by wishing all of you a wonderful holiday and happy SP12 patching!

Many thanks for this update!

Complex Selections in Joins are a must-have feature!

Process mail notifications without using the RFA – ABAP is also making life much simpler! Thanks for that!

And we already test the Condition function, and it looks very useful!

One question there, for better understanding. Why was it designed as a separate function type with an old-fashioned function hierarchy tree? And not as a new tab in "Function Building Block", like it done for Checks? I think that having it as a separate tab, it would be more flexible in some specific scenarios, where you need to apply multiple conditions to multiple functions, and without the possibility to combine them in a unique hierarchy tree using only hierarchy levels.

Thanks a lot and regards,