For last year’s TechEd, my goal was to reduce my personal CO2 footprint by travelling to Barcelona by train. This year’s format was a very sustainable one, making it much easier to leave a green footprint. I missed the interaction with colleagues, customers and partners – but at the same time, it was convenient to stay at home. If a lecture was not offered at a suitable time, you could watch the recordings of many sessions and listen to them at a more convenient time  and you can still take some of the workshops offered through GitHub (listed at the end of the blog)! 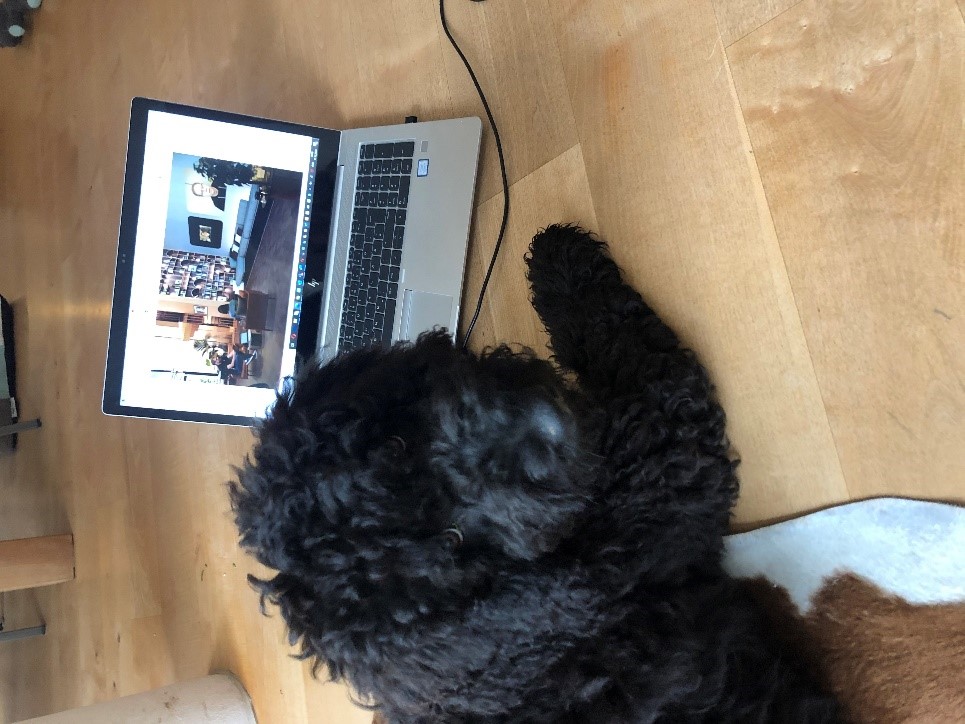 Did you have a chance to check out some of the open-source sessions offered at TechEd 2020? If you want an overview, have a look at my recent blog to see a full list of offerings for open-source related topics and projects at TechEd 2020 or refer to the list below. 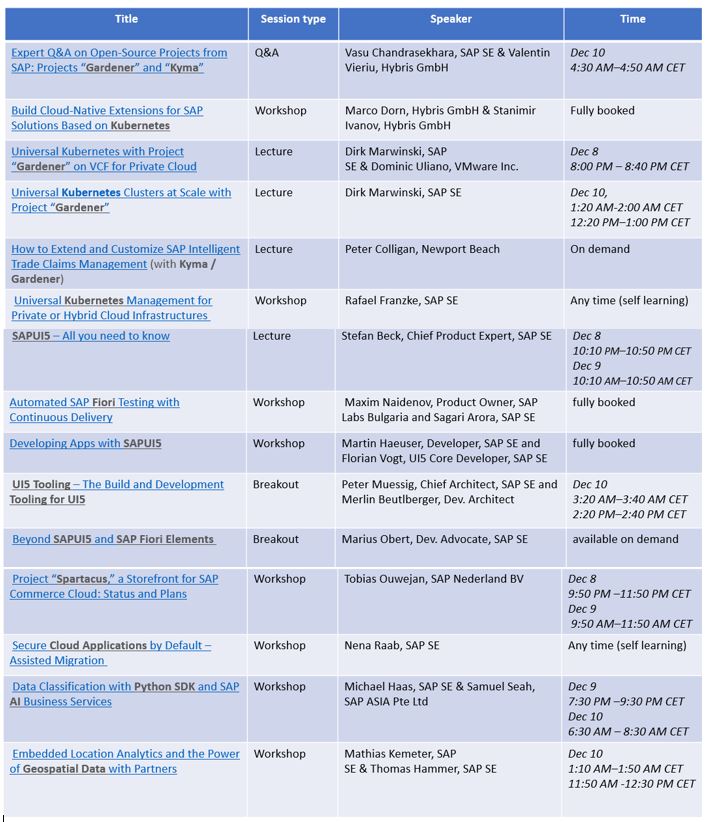 Now, let me share some of my learnings and highlights from some TechEd 2020 content on SAP’s strategic open source projects.

Project Gardener, which was launched internally three years ago and turned into an open-source project in 2018, was featured in several lectures, workshops, and Q&A sessions. Gardener delivers fully managed Kubernetes clusters at scale for public and private cloud environments. At SAP we use Gardener as the backbone for our productive cloud offerings.

One example of the numerous open-source partnerships with respect to project Gardener is the collaboration between SAP and VMware, that will make Gardener available on VMware Cloud Foundation (VCF). This was explained in detail in the 40 minutes lecture by Dirk Marwinski, SAP Development Architect at the Gardener project and Dominic Uliano, Director SAP Global Alliance at VMware; they are jointly working on this project. VCF is part of VMware’s software defined solutions for the data center. Dominic explained its architecture and relation with Gardener. Dirk went into the details of cluster management and gave a short demo of Gardener running on VCF. For the question, “How to get Gardener to the private cloud”?, Dirk referred to GitHub.

Gardener supports clusters in multiple regions with different cloud providers in a homogenous manner. At SAP, Gardener is centrally managing a fleet of thousands of clusters. Dirk and Dominic ended their lecture with a good example of how to size your development lab and reviewed the requirements for running such environment.

Also, during the Gardener and Kyma Q&A session on Dec 10th (Vasu and Valentin got up at 4:30 a.m. to answer questions – chapeau!), there was an interesting question related to the combined usage of both projects – Kyma on Gardener: According to a participant, Kyma seems to work well on Google Kubernetes Engine (GKE), for example, so when should I use Gardener? The answer was: Kyma is a cloud-native application runtime that gives you the power of Kubernetes but without the hassle of worrying about security, configuration, and integration of tools. Kyma as open source project is qualified for GKE and has a variety of places where it can run. This empowers the Kyma community of partners and consultants with a wide choice of potential deployment. On the other side, for delivering products as a service with a central vantage point, where commercial support is to be provided for critical systems of record, Gardener is SAP’s preference. Point of proof are the many companies in the Gardener community that have adopted Gardener to host their own enterprise grade service offerings.

Several questions in the Gardener and Kyma tracks showed that there is big interest in both projects. If you would like to get involved in further discussions, you might use the corresponding slack channels (Kyma slack, Gardener slack).

A well moderated overview about the Gardener history and what this project is about is given by Vasu Chandrasekhara and Tim Usner in the latest podcast episode of our “The Open Source Way” podcast series. Tune-in to learn more.

OpenUI5 is the open source version of the well-known enterprise Java Script framework SAPUI5. It provides the most important framework and control libraries under an Apache 2.0 license.

In a half-an-hour lecture focusing on the roadmap of SAPUI5, Oliver Graeff, Director Product Management, gave an overview on how SAPUI5 supports a consistent SAP Fiori user experience and highlighted a couple of innovations (great overview!). For those who wonder what will be new in GitHub with OpenUI5, you can check out the roadmap and see for instance, that in Q4 2020, the UI5 team plans to ship new UI5 Web Components and their integration into the UI5 rendering layer.

Another interesting lecture (40 min) by the Chief Product Owner Stefan Beck provided a good overview on SAPUI5’s new features developed this year, most of which can be found on GitHub for the OpenUI5 framework. Most key values of SAPUI5 that hold true for OpenUI5 as well and one key differentiator explained in the session is that OpenUI5 innovates unlike other JS frameworks in a compatible way. Furthermore the long-awaited UI5 tooling was provided in 2020 and provides a nice CLI based development experience. Something to look forward to is that ES6 and TypeScript are coming soon in 2021.

Channel 1 broadcasted a live session on open source including an interview with two open-source experts from SAP (replay) as well as a Community Talk with Daniel Graversen, SAP Integration Expert at Figaf ApS and Marina Pontjakova, SAP Analytics Manager at Deloitte, on how the open source Gradle plugins for SAP Cloud Platform Integration Suite and SAP API Management can improve the way you deliver SAP integration projects (replay).

Let me say a few words about the first half-an-hour (which is my home turf). The initial question to Peter Giese, head of the SAP Open Source Program Office (OSPO) was about SAP’s open source engagement. It might be surprising to some of you, that SAP is ranked as the 9th largest commercial contributor to open source on GitHub by the Open Source Contributor Index. Peter gave examples of open source projects initiated by SAP like Eclipse Steady, Gardener and Kyma (read more). The OSPO is supporting and empowering SAP’s developers to co-innovate with the open source community. For this the OSPO is continuously improving its open source processes and management tools. A recent example of such an improvement is that SAP sample code is now published under the Apache 2.0 license instead of SAP’s proprietary sample code license that was used before.

Martin Fassunge, SAP project lead of the German Corona-Warn-App project, shared some insights into this very special open source project. The main reasons for open sourcing the Corona-Warn-App were to gain trust by creating maximum transparency and to get early feedback and community contributions. Trust certainly played a big role that 28% of the German population has downloaded this app. The COVID-19 tracing apps in Belgium and Slovenia are forks of the German app, which is testament of the power of open-source collaboration and co-innovation.

During the TechEd event, the Devtoberfest – an open coding and collaboration initiative from SAP, officially culminated by announcing the winners of the contest.

The event consisted of 9 weeks of technical educational and enablement sessions that started in August 2020. The focus of the program was to code in an open source way so everyone can share in it. The participating projects could create a tool, a library, a code sample, or even an enhancement to an existing community open source project.

Watch the replay of the winners celebration here! 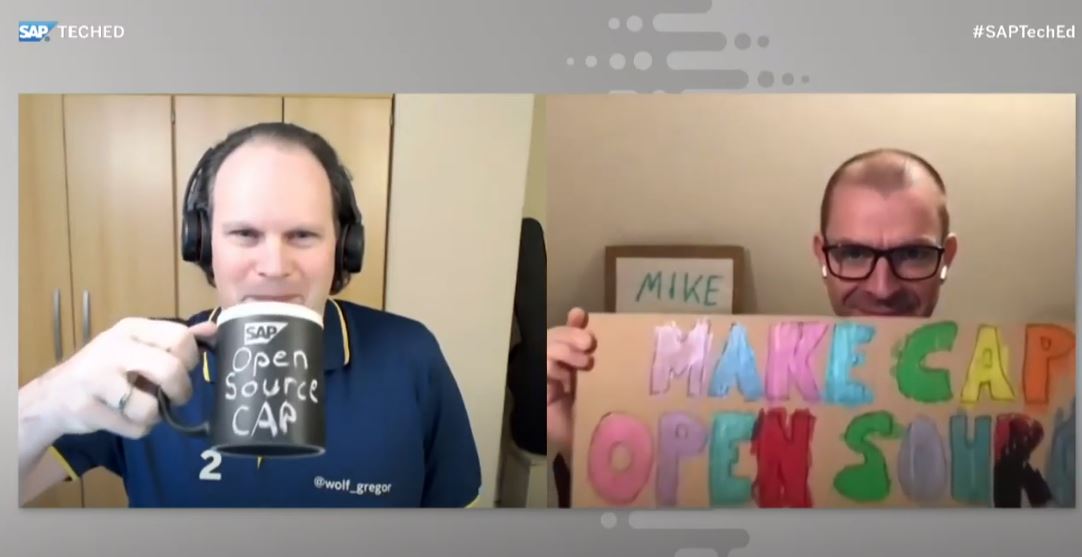 Last but not least, I would like to share a list of on-demand “workshops” or self-paced learnings, that were offered for TechEd and are still available on GitHub!

As mentioned in the beginning, a trade-off for the virtual format was that you could not chat with colleagues, partners of customers over a coffee. Yet, there was virtual interaction and even some post-event chats. Let me end this blog with a comment by Morten Wittrock, an SAP Mentor: “As someone who’s been following – and taking part in – open source projects of the SAP world for many years now, it was very heartening to see open source be so present at this year’s SAP TechEd. Not only in the sessions specifically about SAP open source projects such as Kyma and Gardener, but also across the board. SAP is on a very interesting journey when it comes to open source, and I’m really excited to see what the coming years will bring.” Thanks for sharing, Morten!

If you have a particular interest in one of SAP’s open source projects or would like to see that project featured in a podcast or in an externally available workshop, please write a comment in this blog or send me a notification.

For more information, please refer to the following public content:

The author, Ulrike Fempel, is part of the SAP Open Source Program Office since 2019.