My open questions from SAP TechEd 2020

As an ABAP developer, I’d like to start moving my code in a direction where it is more compatible with the public APIs offered in Steampunk. To help the ecosystem move in this direction, I think it’s long overdue for SAP to publicly share the list of objects which are considered part of the public API.

Sure, I can sign up for the Steampunk Trial, and log into Eclipse to search, but I’m thinking more in the direction of something similar to https://devdocs.io

And like all other platforms, public APIs is a moving target, they will change over time. And some parts of the public APIs will be available on some BASIS versions and some on others.

The first step will be sharing the list, then tooling can be built to help the developers.

Trials have been an ongoing topic for some time, but only in relation to the cloud. I’m personally more interested in the future of the trials for the core offerings ABAP and HANA,

The latest HANA Express is getting close to a year old

Where will SAP be moving these in the future?

I do not see the Steampunk trial as a replacement for the ABAP Developer Edition, Steampunk is basically a different platform, with a limited(?) user/customer base compared to the more traditional ABAP AS.

During the last year, a lot has happened in the CPU industry, AMD has gained the highest market share since 2007, and both Apple and AWS has introduced new ARM CPUs.

Will SAP support running HANA on AMD/ARM, and ABAP systems?

This could potentially lead to savings for a lot of customers(?), both AMD and ARM does need to put more work into the high-performance area, but I’m sure we will see this move during the next year.

It is my impression that SAP suggests moving developments into the cloud, which is okay in itself.

But if the on-premise ABAP system is a mess, it doesn’t help to move this mess to the cloud, the result will be a bigger mess with more systems and integrations(which, to me, are more difficult to test/develop and debug).

Will there be any tooling/recommendations/guidelines to facilitate this move?

If the code in the on-prem ABAP system is nicely separated and organized, it feels clean to me, it doesn’t have to be in the cloud to be clean?

Would it implemented in the cloud, look somewhat like: 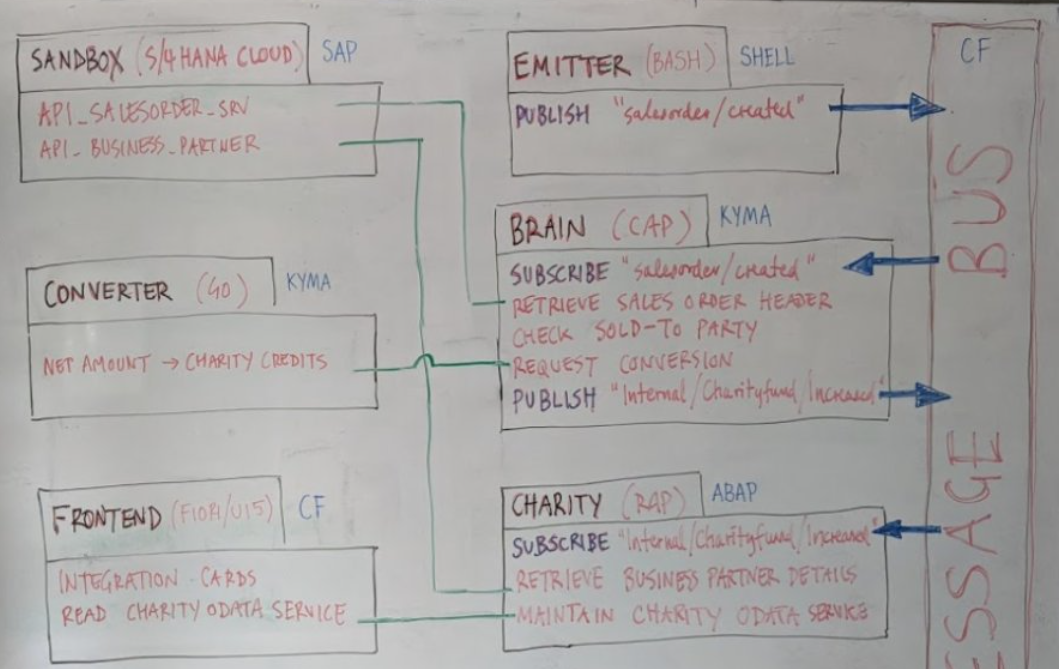 Sorry, not a fair comparison, but the on-prem ABAP systems are not all disadvantages, it also has advantages to keep logic and data close.

Let me know if I missed/misunderstood something, comments welcome below 🙂