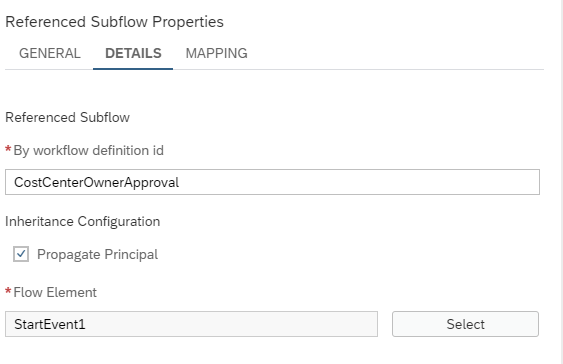 Enabling principal propagation will use the credentials of a user while invoking the referenced subflow.

In this scenario both parent and child workflow are using the same JSON elements as workflow context. It is possible to have different elements as source and target context path.

Referenced Subflow or Child workflow context is mapped back to the parent workflow as response.

In the above screen shot, decision from approver is mapped to parent workflow. Comments are appended to the existing comments in parent workflow context element. 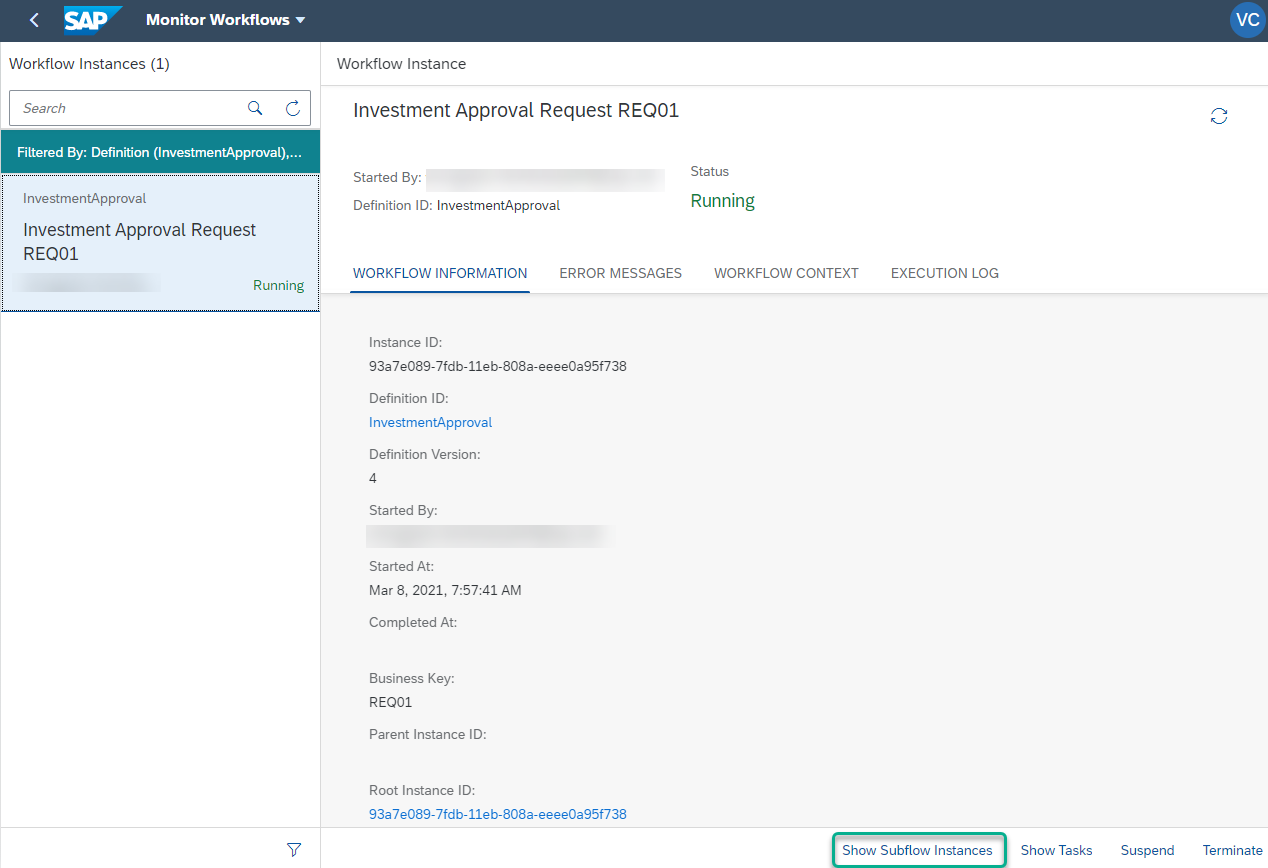 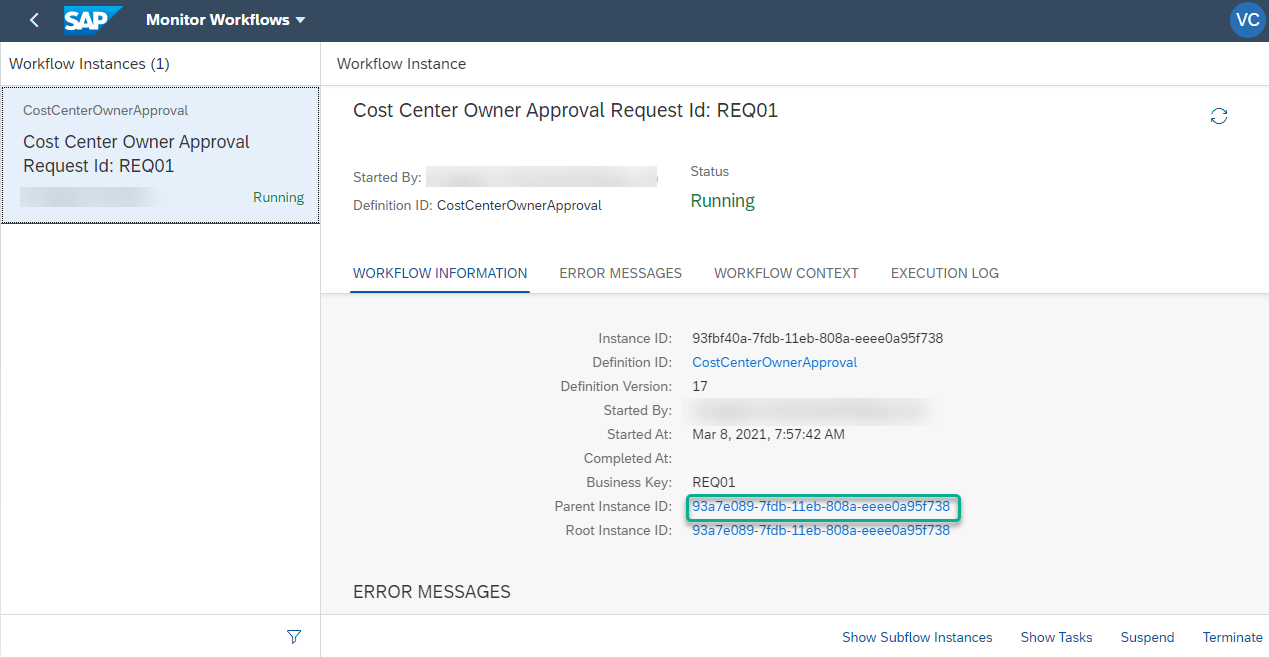 thank you for the great news. This feature will make design of more complicated workflows much easier.

How will that be shown in monitoring of instances? Like two separate instances or instance of main wf and somehow inside will be that referenced one?

As of now the parent and referenced subflow are displayed as two instances. But we are planning to enhance Monitor Workflow app in Q1. You can search using  business key and see all instances together.

Thanks for sharing, this is a much needed feature

Could you please help me on how to place these two workflows? Do all the parent and child workflows need to be in the same folder?

The workflows need not be in the same folder or same project. The parent is referring the workflow definition ID. Please make sure you have deployed the parent and the child workflows.

I have created a workflow in another workspace and I want to use it in my parent workflow.But when I deploy it it's showing referenced subflow definition ID not found.

Please make sure you have assigned the Workflow Definition ID of the child workflow in the parent workflow. I assume you got an error during runtime.

Thank you for your response sir.l did wrong while mapping. I have another doubt too ,when we do data mapping what if we are passing more data in parent than child ,what will we give in target context path.

The mapping uses a source and target node. All attributes or child nodes under source node is mapped to the target node.

Thank you for the wonderful blog.

I have a query regarding the sub-flows.

I have a parent workflow in which I have called another workflow (child).

The definitions of both the workflows are present in the Monitor Workflows > Workflow Definitions and I am able to run the child workflow independently too.

But, during the execution of my parent workflow I am getting an error saying that the 'Referenced subflow definition with ID <> not found'. I have re-checked the definition Id multiple times and its correctly mentioned in the parent workflow. The mappings are also fine.

Is there any other configuration that I need to perform to rectify this issue?

You dont need to perform any additional configuration. Please compare the workflow definition Id of the child workflow and  is correctly added in the parent workflow.

if you are facing this issue to an already existing workflow instance, please create a new one and check. Workflow definitions are versioned and the instance showing error might be referring to an older version.

I have created a workflow and a sub workflow .In my case there are two item at run time( having different approvers for each item ).I follow your document parallel under Loop Configuration and is working fine and sending two task .

But in sub workflow, I could not able to configure approver of each line item . Request you for your kind help .Thanks

My approvers are in json file at the time of instantiating the main workflow .