An “Invalid Message” Channel is used to store Invalid Messages for developers to analyse. A message is put into an invalid message channel if it can be sent to the receiver successfully and cannot be processed by the receiver because of its contents. Note that if the message generates an application error, then such a message should not be put into an invalid message channel.

In CPI, we’ll put the messages missing the authentication header in the invalid message channel. 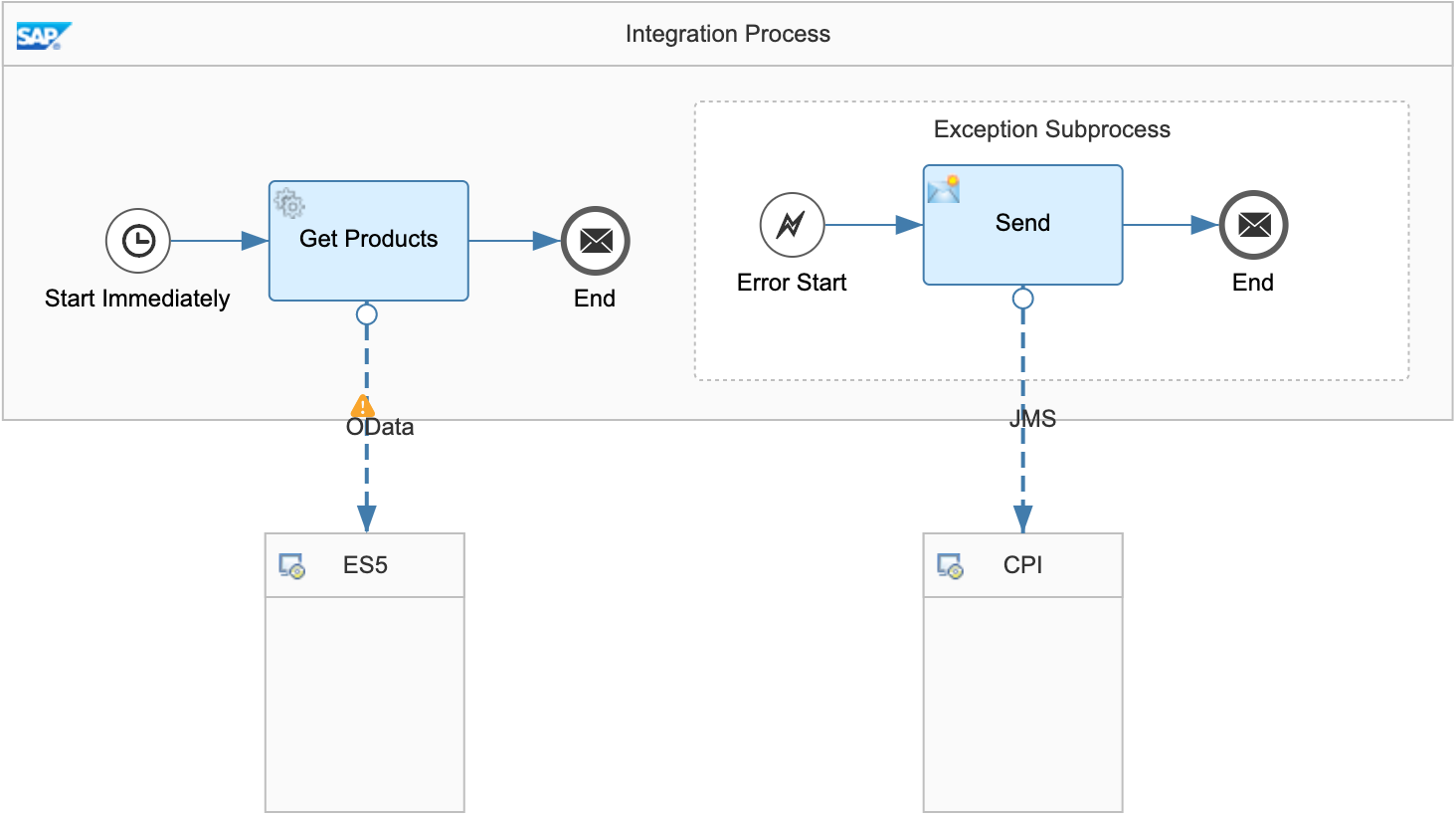 If any exceptions occur, an Exception Subprocess is used that simply puts the incoming message in the ‘InvalidMessages’ queue using JMS Receiver Adapter.

*Note that Authentication Property is left to None on purpose to cause the error for demonstration purpose.

When the integration flow is deployed, it runs immediately, fails to fetch the production because of missing authorization. The message is put into ‘InvalidMessages’ queue.

The issue can be resolved by adding Basic Authentication to the configuration of the OData Receiver Adapter.

Once the issue is resolved, the flow runs successfully without any issues.

When is this pattern useful, really?

If a new sender is added to the list of senders, it is easier for the developer to monitor the invalid message channel to quickly investigate common issues such as missing the authorizations. More helpful error identifiers can be coded using an XML Validator or EDI Validator or using custom validations such as checking for body length or existence of required headers.

Similar to all previous Message Channel patterns, this pattern is supported in CPI through JMS Queues, and therefore deserves 10 out of 10 EIPinCPI Rating.

Note that the 10 rating is for the availability of creating an Invalid Message Channel itself and not for identifying the issues in the message. Although, the validation of message is supported through XML Validator or EDI Validator.

“Invalid Message” Channel contains messages that are delivered to the receiver successfully but cannot be processed because of the contents of the message.