SAP S/4 HANA implementation involve massive business process reengineering and introduces a new user interfaces (SAP Fiori) with a shift from monolithic solutions to activity-based apps which means many changes to the Technical and Business users. This raises a question whether the previous authorization concept still support the security requirements of SAP S/4HANA?

SAP S/4HANA uses the same security model as traditional ABAP applications. End users in S/4HANA Application are associated with NetWeaver security functions. SAP S/4HANA Authorizations are based on “classical” ABAP like PFCG / SU01 / SU22 but there are many topics impact authorization handling.

S/4HANA authorizations are mainly impacted by

Deployment Options of SAP Fiori for SAP S/4HANA On Premise 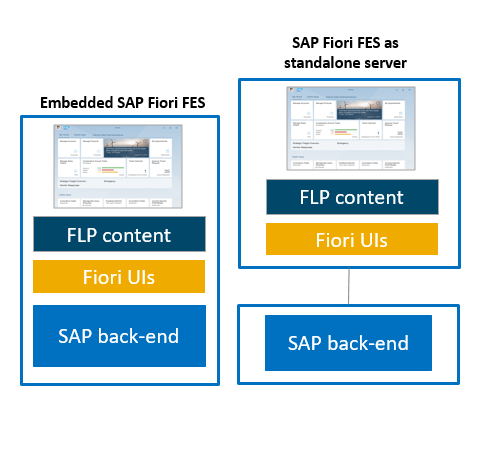 The recommended setup is  embedded SAP Fiori front-end server, It allows to simplify the activation of SAP Fiori apps for S/4HANA,and automate the setup of SAP Fiori launchpad. 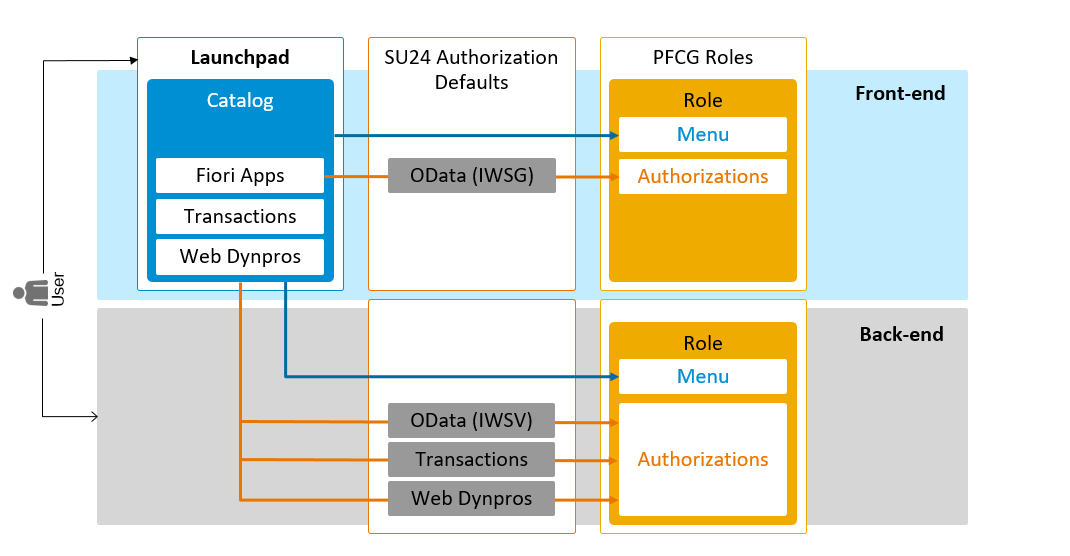 The SAP Fiori UI entities define which Fiori apps are displayed to the user. The apps are organized through catalogs and groups. Authorizations are required to use Fiori launchpad and to start Fiori apps and also to use the business logic and data of the apps.

PFCG roles on the front-end server

By adding the catalogs to the role menu, the apps are included in the catalog that is available to the users. By adding groups, SAP Fiori launchpad entry page is defined.

PFCG roles on the back-end server

If available, it is recommended to add the catalog to the role menu to automatically determine the OData services that are included in the catalog with that update of authorizations when the catalog changes are organized. In the figure above, the dotted arrow pointing from the menu of the PFCG role on the back-end to the catalog on the front-end illustrates this recommendation.

In SAP HANA it is more efficient to bring the code to the data, meaning to push down calculations from the ABAP application server in SAP HANA and only transfer the results back.

With SAP S/4HANA, the ABAP Repository was extended with Core Data Services (CDS) views. CDS Views are deployed as HANA views in the SAPHANA Database. 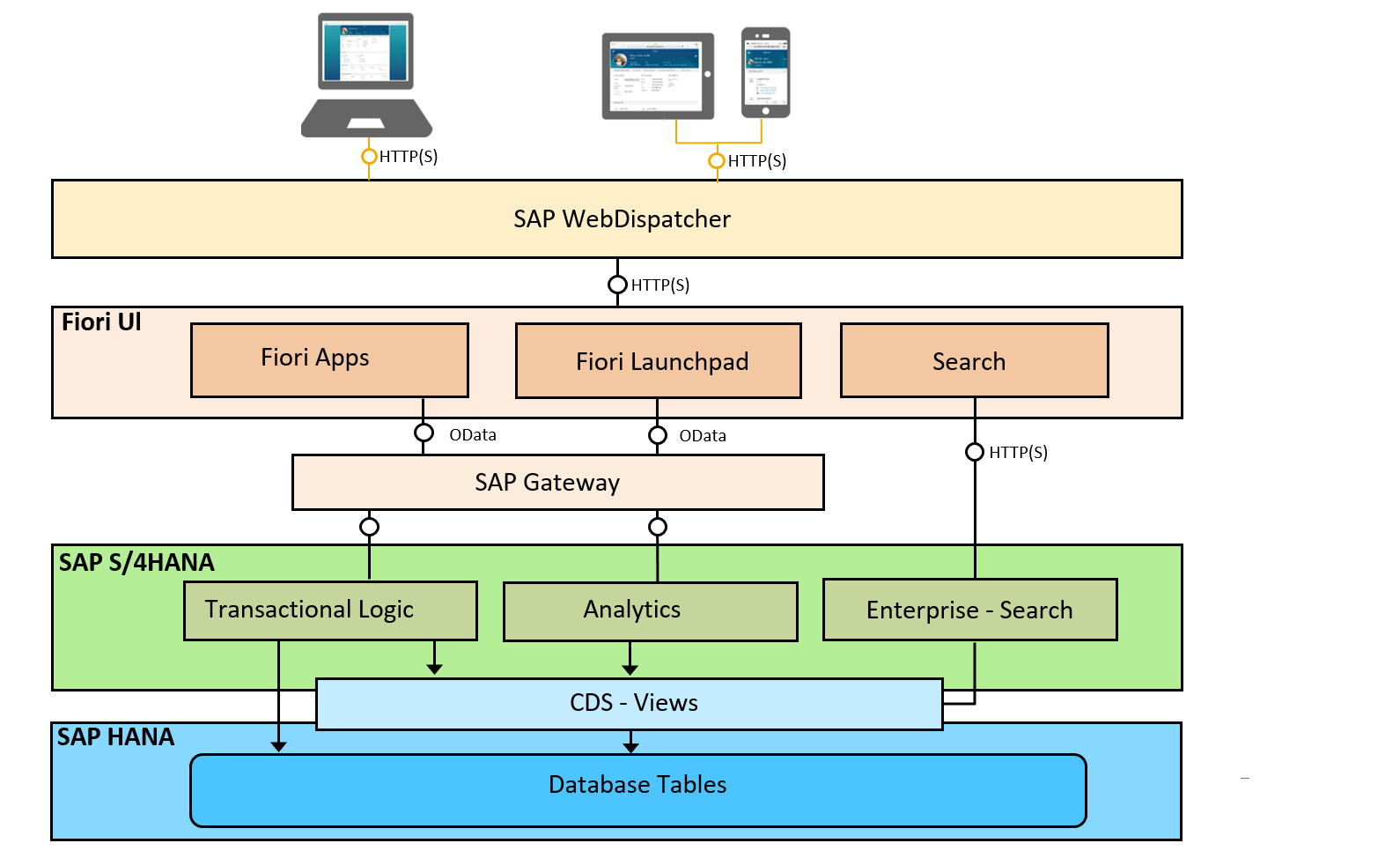 The CDS authorization concept is “declarative approach” instead of coded (implicit authorization checks that occur during access attempts to CDS entities) based on CDS modeling objects and therefore part of the data-model. Authorizations are also pushed down to Database by extending the Open SQL SELECT statement. 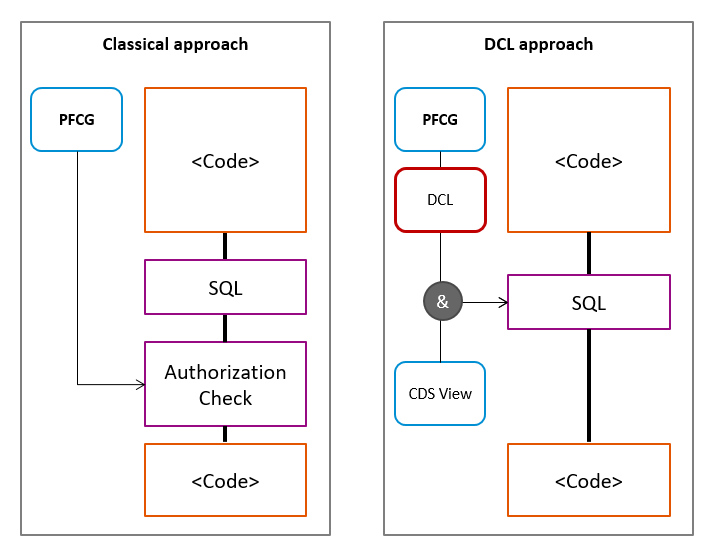 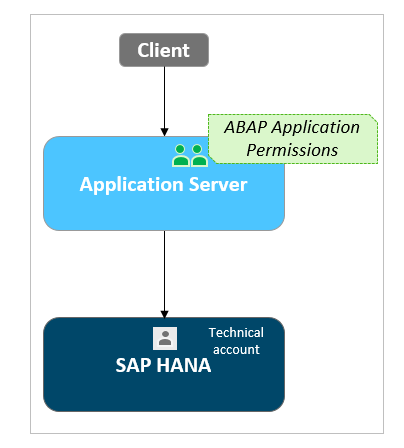 Security-related features, such as authentication, authorization, encryption, and auditing, are located and enforced primarily in the application server layer in SAP S/4HANA 3-tier Architecture.

The migration to S/4HANA is an opportunity to introduce new processes and to simplify existing processes with a role-based access into the new UI(SAP Fiori). It is the right time to think and redesign the existing authorization concept.

Hello Rami Kandimalla  : I need to do organization design for one of my customer. The definition of organization design is to ensure that all users of the new solution have the SAP security roles they need to perform their job, while preventing access to data and functions not needed. Three different types of roles are suggested for end user access as mentioned below. These can off course be changed based on SAP recommendations. Can you kindly let me know where to start from for this activity of Fiori/security roles ? Are there any blog or whitepaper or reusable accelerator provided by SAP.

Business Roles : group the Technical Roles to be mapped to users.