At SAP, we constantly look out for opportunities to improvise processes, features, and performance of our products.

API keys have been introduced to replace trigger tokens that will soon be deprecated. You can migrate your existing API Triggers to use API keys instead. Until the migration, Trigger Tokens continues to work.

Before 2010: When an API trigger is created, an irpa-trigger-token will be generated for each API trigger as shown below.

From 2010: The irpa-trigger-token is no longer generated.

Instead, you could create an API key upfront in the API Keys section by clicking on the Add API Key button and then use one of those keys in the header while executing the API trigger. You can use a single API key to execute all the API triggers present in your environment (or) could create multiple API keys as well based on your requirement.

On API trigger creation, the Header Property as shown below ‘IntelligentRPA-api-key’ and the value copied from the API keys section can be used.

Migration of API Trigger is very simple and can be achieved with 2 clicks.

Step 1: Click on the Migrate button in the old API Trigger.

Step 2: Confirm the migration by clicking on the Migrate button.

Before 2010: We were able to create a notifier only per status change as shown below.

From 2010: Now, we could also create a generic notifier on any status change. 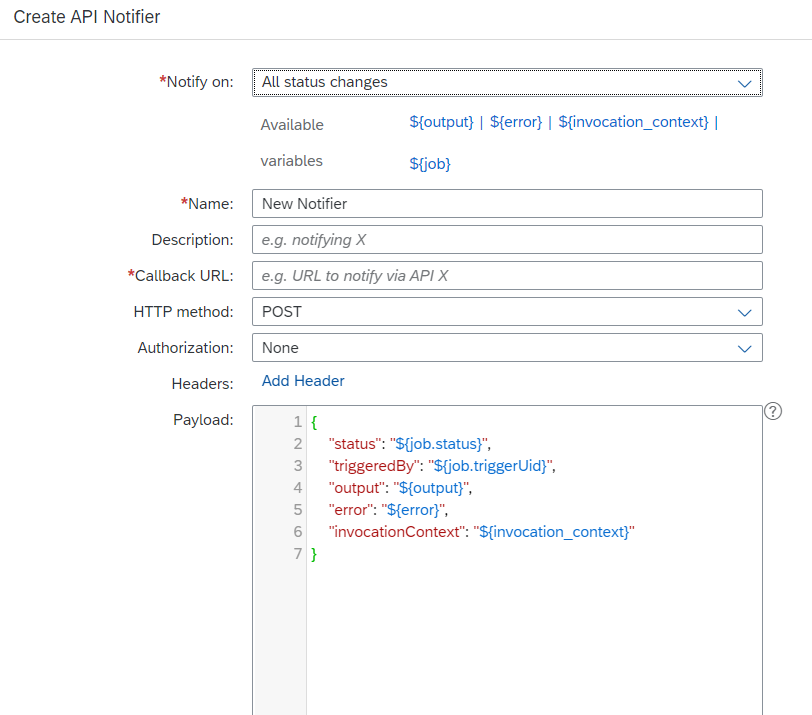 the notifier status return is always 400, I tested it by postman and it works. Any idea?