Why send reply when requirement is NOT missing?

I got a note from Joni Liu saying he liked my tutorial Create a Chatbot that Lets Customers Track Packages but there was a problem. 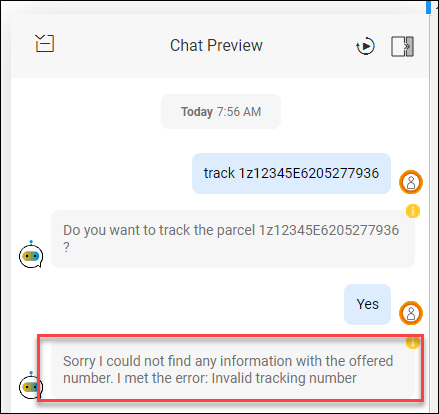 So I added a feature, pretty simple, to convert the package number to upper case before handing it to the API. And I learned something that I always wondered about but never figured out before:

Here was an example.

Here’s what I did

To edit the memory, I simply added a reply for If #parcel-number is complete – didn’t you ever wonder when you would use this feature? – and in the reply I update the memory instead of sending a message. 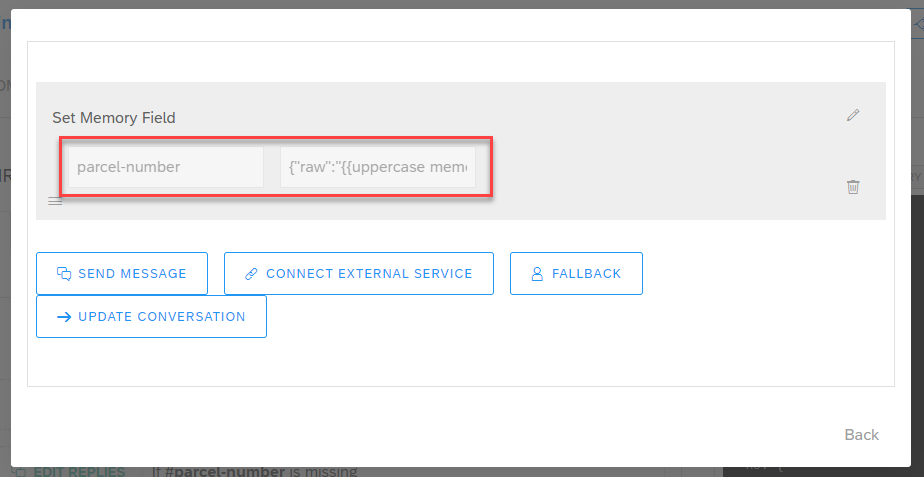 The new value is set to this:

What’s cool is that this example uses a Handlebars helper function (uppercase) and also uses the SAP Conversational AI reference to the chatbot memory. So this provides another example of scripting, and in this case, it doesn’t involve working with an API response.

By the way, I needed to set the value as an object (with the above JSON) because the webhook searches for the raw value of the parcel-number entity in memory.

Please write a comment to this blog sharing when and why you used the If … is complete reply for a skill requirement.