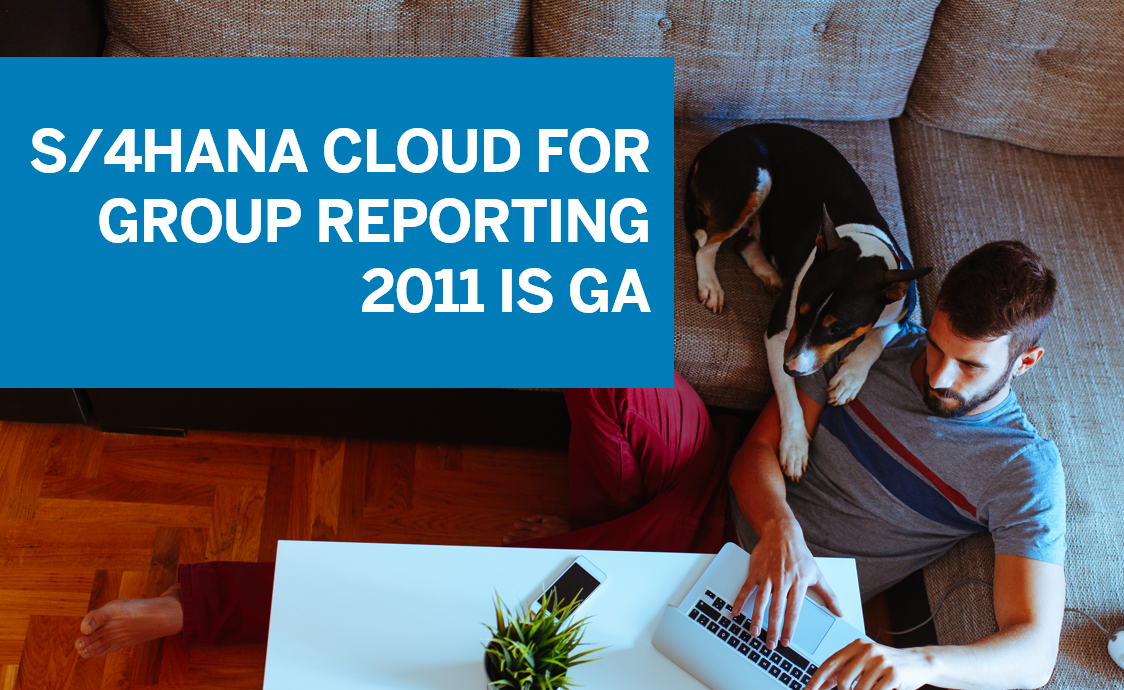 We in SAP Product Engineering are happy to announce the general availability of SAP S/4HANA Cloud for group reporting 2011, released on October 28, 2020. This new release of SAP’s strategic cloud software for consolidation delivers a series of innovations to help you run your financial consolidation and management reporting.

The 2011 release includes the following key new and enhanced features:

With the 2011 release, we increase consolidation efficiency and automation when working with multiple group currencies or multiple currency translations, for example, for translation at constant currency rates for comparison reporting.

You can now generate multiple group currencies in a single closing process, and:

You can use new version types to consolidate simultaneously in multiple group currencies, and/or using different translations:

When you post a journal entry in a standard version, you can select the extension version(s) you also want to post to. Columns are added to post group currency values in extension versions, and a document is created in each version with a unique bundle document number. This number can be used as a filter or sort criteria. When you copy or reverse bundled documents, all documents with the same document bundle number are also copied or reversed. With release 2011, you can create your data collection forms more easily. The form designer is redesigned and enhanced, and now includes more capabilities to define your forms. The UX and UI are simplified for easier form creation, and you can quickly see how your form is customized in page, row, and column axis.

—
Three tabs to define your form
—

In release 2011, we improved the “Grid Definition” tab significantly (see screenshot below). This tab is the place where you choose the values for your characteristics in the row, column, and page axis. The left part of the screen shows your form layout, and the right part is for the configuration. 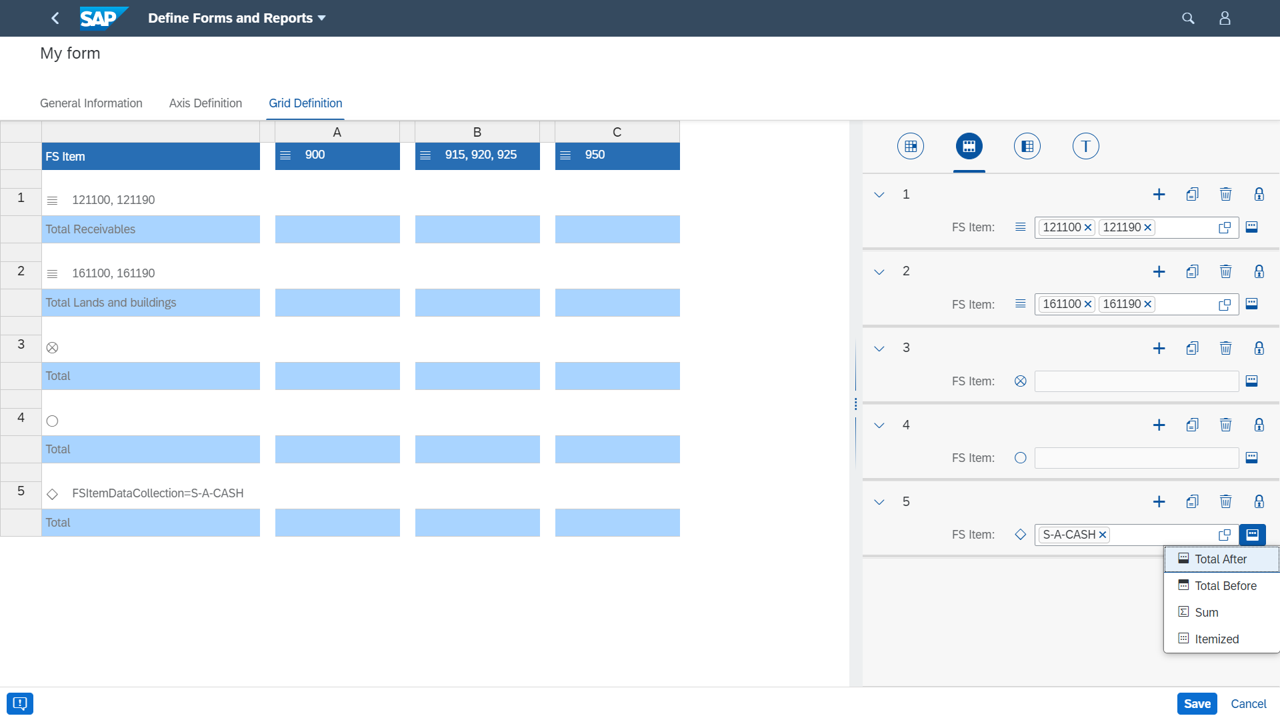 You use the data monitor to run the activities for collecting and preparing the financial data reported by your consolidation units. These activities are called tasks. The tasks of the data monitor are predefined and ready to use. The system manages the status of the tasks and thus ensures a logical sequence and consistent data. With release 2011, you’re now able to define multiple data collection tasks and assign them with differing document types.

In release 2011, you can now manually enter amounts for consolidation of investments (C/I) processing fields via the Post Group and Import Group Journal Entries applications. The newly added fields are investee unit, C/I Activity and posting date. You can post to these fields for all posting levels associated with Manual Posting apps (01, 10, 20, 30), for financial statement items of investment, and equity types.

—
Enhancement of the consolidation master data
—

In release 2011, flexible upload now integrates substitution and validation functionality. It uses the same application that allows the same data control for journal entry released in previous releases. With this new feature, while you’re loading the reported financial data from a flat file for consolidation, the system performs checks to make sure that the data is complete and correct. Substitution/Validation can be used to automatically fill fields or to substitute or validate field values, depending on defined preconditions and rules. You can use the “Manage Substitution/Validation – Group Journal Entries” app to define substitution and/or validation rules for postings.

For more information on the S/4HANA Cloud for group reporting 2011 release, you can refer to the following:

Would you like to be informed of the latest news on our next-gen consolidation software, you can follow the tag SAP S/4HANA Finance for group reporting on our SAP Community.

You can also co-innovate online with ourselves in the SAP Product Engineering team by joining us on the SAP S/4HANA for group reporting Customer Influence platform.