You voted and it is official! We have our second Trivia Contest Winner. Congrats to Daniel Wroblewski. His trivia about Jacquard’s invention earned him the Trivia Winner badge!

The invention of the computer was in part inspired by another invention that at first blush has nothing to do with computing – the Jacquard loom for weaving cloth. The loom used punch cards that together represented a fabric pattern, and the holes in the card controlled hooks for manipulating individual threads. The loom was patented in 1804.
Jacquard’s invention transformed patterned cloth production, but it also represented a revolution in human-machine interaction in its use of binary code – either punched hole or no punched hole – to instruct a machine (the loom) to carry out an automated process (weaving).
The Jacquard loom is often considered a predecessor to modern computing because its interchangeable punch cards inspired the design of early computers.

A huge THANK YOU to everyone who participated and shared their trivia knowledge around SAP. Especially to our other finalists: Geff Henderson N. Chang, Peter Monaghan, and Praveer Kumar Sen.

To vote on the SAP Community Trivia Contest winner, simply go to this community question. The finalists are listed as answers to the question. Upvote the answer you believe is the most interesting piece of Digital Transformation trivia! Voting closes on November 30th, 23:59 Pacific Daylight Time (PDT) / UTC-7.

Theme for November:
For the second round, I would like to challenge your trivia knowledge around Digital Transformation in general. It does not necessarily has to be connected with SAP per se. When it comes to Digital Transformation, there is so much to learn. It can include a variety of topics, like Artificial Intelligence, Augmented Reality, Machine Learning, Big Data Analytics, Cloud Computing, Growth Hacking …  to just name some.

Feel free to share with us anything fun and engaging you can think of – really anything that pops up in your mind that you want other community members to know as well.

How it works:
Once you came across a random piece of trivia, please email your submission (the fact) along with the link to your public SAP profile to the sapcommunity@sap.com inbox. Please submit your trivia fact by November 15th, 23:59 Pacific Daylight Time (PDT) / UTC-7. Your community team will do the first round of judging, narrowing down to 5 finalists who have the most random, most interesting and funniest piece of trivia. We will post these 5 finalist submissions in a community Q&A entry so it is available for everyone and that everyone will have a chance to vote on the best one. You are of course also very welcome to leave a comment and engage with the author of the trivia fact.

Ta-taaa – and again, we reward the author of the highest-voted piece of trivia with a badge! The Trivia Contest Winner.

Thanks in advance for your submissions. 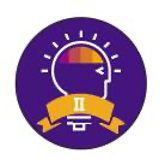 How are you making out with receiving questions? I am having a difficult time finding trivia that I feel worthy enough of a SAP trivia contest.

Hi Peter - Thanks for reaching out! It seems that the previous theme "SAP in general" was a bit easier to find trivia on, but what would a contest be without a little challenge, right?
Please feel free to submit any fact(s) that you find interesting yourself that you had a moment of Ah hah for instance and/or would just like to share with others.
Looking forward to your mail in our inbox! 🙂