DMO with system move with shd rep on target DB

Readers of this blog post should be familiar with the approach “DMO with system move”, as introduced in this blog https://blogs.sap.com/2017/05/22/dmo-with-system-move-the-use-case-to-change-pas-host-during-dmo/

SUM 2.0 meanwhile creates the shadow repository always on the target database. The approach was introduced in this blog https://blogs.sap.com/2019/09/09/dmo-shadow-repository-on-target-database-for-conversion-to-sap-s4hana-1909/ and is now used for all migration scenarios (with SUM 2.0 SP 08 and higher; but not with SUM 1.0). All migration scenarios means: it is not depending on the target product release, and it is not depending on the target database type. So this approach even applies for a move from SAP ECC 6.0 EHP 7 on SAP MaxDB (on-premise) to SAP ECC 6.0 EHP 8 on SAP HANA DB in a cloud infrastructure like SAP HANA Enterprise Cloud (HEC).

No shadow in source landscape for DMO with system move

The following figure illustrates this. 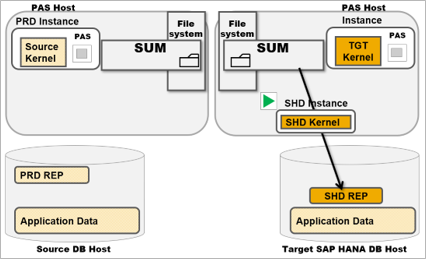 Changes for the approach DMO with system move

This approach (shadow operations only on target landscape) has a couple of implications:

Strong recommendation to use parallel mode

The shadow operations happen on the target landscape, they take quite a while, and the transfer mode decides whether this is uptime or downtime for the source system.

The following figure shows the point in time for which the source system is still in uptime, source SUM waits on downtime dialog (upper left browser window), whereas the target SUM is executing phase EU_CLONE_MIG_DT_IMP which is waiting for dump files to start the import (lower right window). 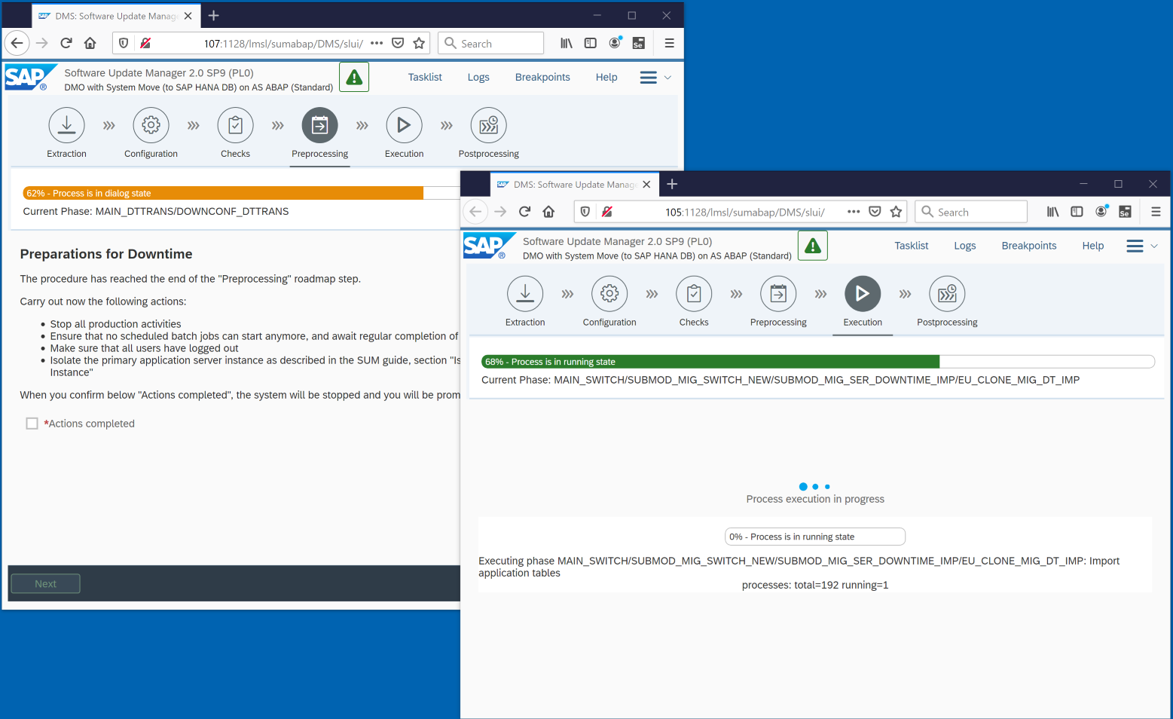