How the heck does a chatbot work?

I learned about SAP Conversational AI chatbots, even created a few. I read the documentation, blogs, even architectural flowcharts. I created `tutorials and wrote my own blogs. But I couldn’t quite get my head around what was happening.

No, the NLP (natural language processing) wasn’t the problem, though I truly had NO idea how that worked and it sometimes gave bizarre values for the user’s intents and entities. I could live with that. But how did it figure out what skills to run, what path to take, what messages to show.

So I did some testing … and reading … and discussing with the smartest people I could find.

Below is the result of my investigation, and an explanation, as far as I could comprehend, of how SAP Conversational AI chatbots work. It is designed for business users to understand how the chatbot decides what to display, and I make no guarantees.

1. Everything starts with an utterance

Everytime something is written into the chat by the user, the entire chatbot process starts.

All kinds of things happen in the Rube Goldberg machine behind the scenes: intents are detected, APIs are called, memory is updated, variables stored, and messages are displayed.

And then we wait for the next utterance and start all over again.

Now I don’t pretend to understand how NLP does what it does, but in the end it produces an intent and one or more entities from each utterance.

You can quickly see what it does for each utterance by testing in the chat preview and viewing the JSON (click the yellow information bubble). 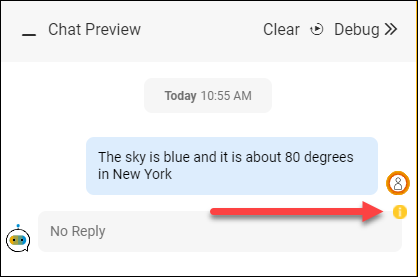 Here’s the JSON, showing you the intent and entities found by the NLP: 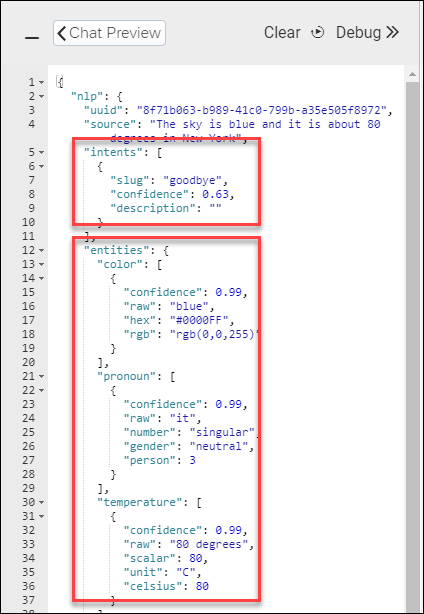 IMPORTANT: Each utterance produces its own set of intents and entities, and they are not stored after the next utterance. There is no stack of intents, and the previous intent has no direct influence on what happens with the current intent. (Yes, if an entity matches a skill requirement, its value is placed in memory, but the detected entity is forgotten. And yes, a previous intent may have rejiggered the system in some way that affects the chatbot now, but the intent itself is forgotten.)

3a. Select skill from stack?

The chatbot has to select a skill to try to execute, and it starts by deciding whether to take the top skill on the skill stack. Skills are placed on the stack when they are triggered but not executed (for example, because the requirements were not fulfilled). IMPORTANT: During each utterance, the chatbot considers only the skill at the top of the stack.

How does the chatbot decide whether to take it?

Since people can start talking about one thing and suddenly change topics, the chatbot only selects this skill if:

If the chatbot decides against the top skill on the stack, it checks all the skills to see if any are triggered by the utterance.

IMPORTANT: A skill cannot be in the stack more than once. If a skill that is already somewhere in the stack is triggered, it is moved to the top of the stack.

Once we have the skill to execute, the chatbot:

Once a skill is executed, it is removed from the stack.

A few additional things to note: 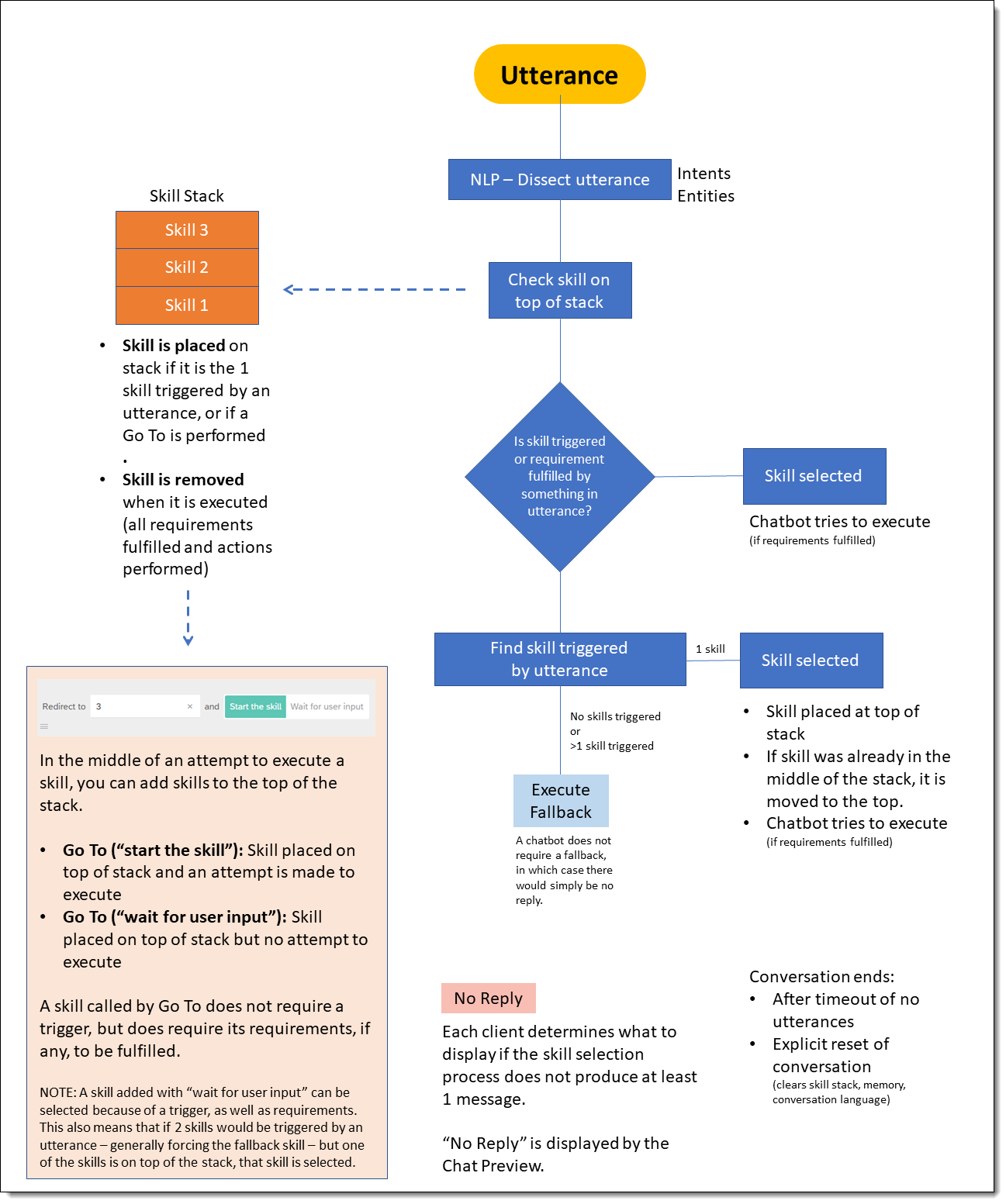 These were things that confused me, and I hope I explained them correctly.

Thanks for share this post, it is a great overview for folks that are started to understands that how the chatbot working.

Great article!  I was thinking like an old-school procedural programmer, but your blog clarified a lot of things.  This Bot works as if all event driven - or better yet,  intent + entity driven.

Please note that this graphic was done before the disambiguation feature. You can see an updated version within the tutorial Debug Your SAP Conversational AI Chatbot, which takes a more methodical look at the debugging features within SAP Conversational AI that you are familiar with but tries to provide greater understanding of what is really going on. 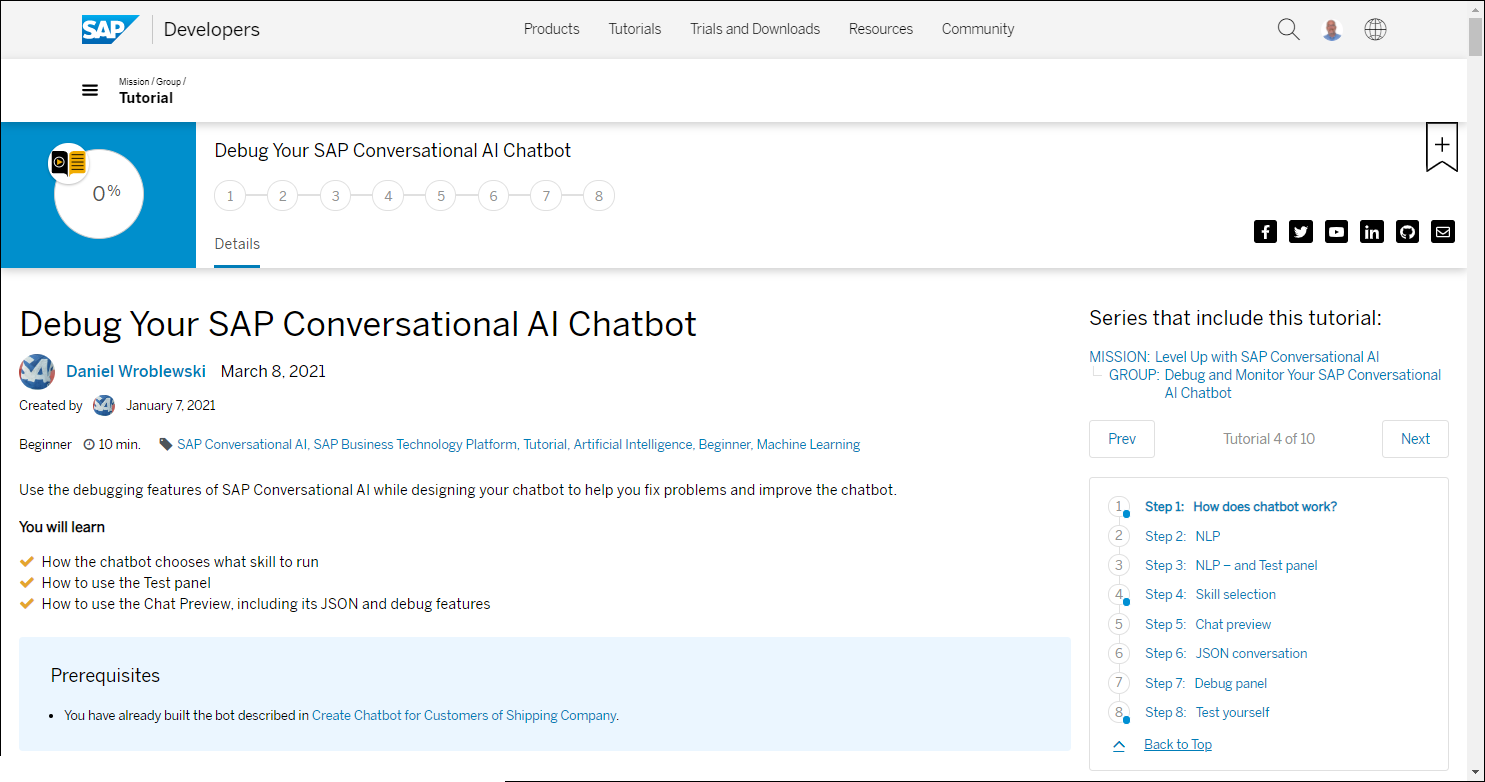