This week, we’ll study a pattern known as Message Channel.

Message Channel is a way to organise communication between two systems. When two systems want to talk, middleware is used. The middleware uses channels to receive messages and let other systems consume messages.

In CPI, I’ll explore how to create a queue to represent a channel. For the demonstration, I’ll fetch a product from Northwind OData Service and put it in a channel. Then, the product message will be consumed from the channel and logged into the message processing log. 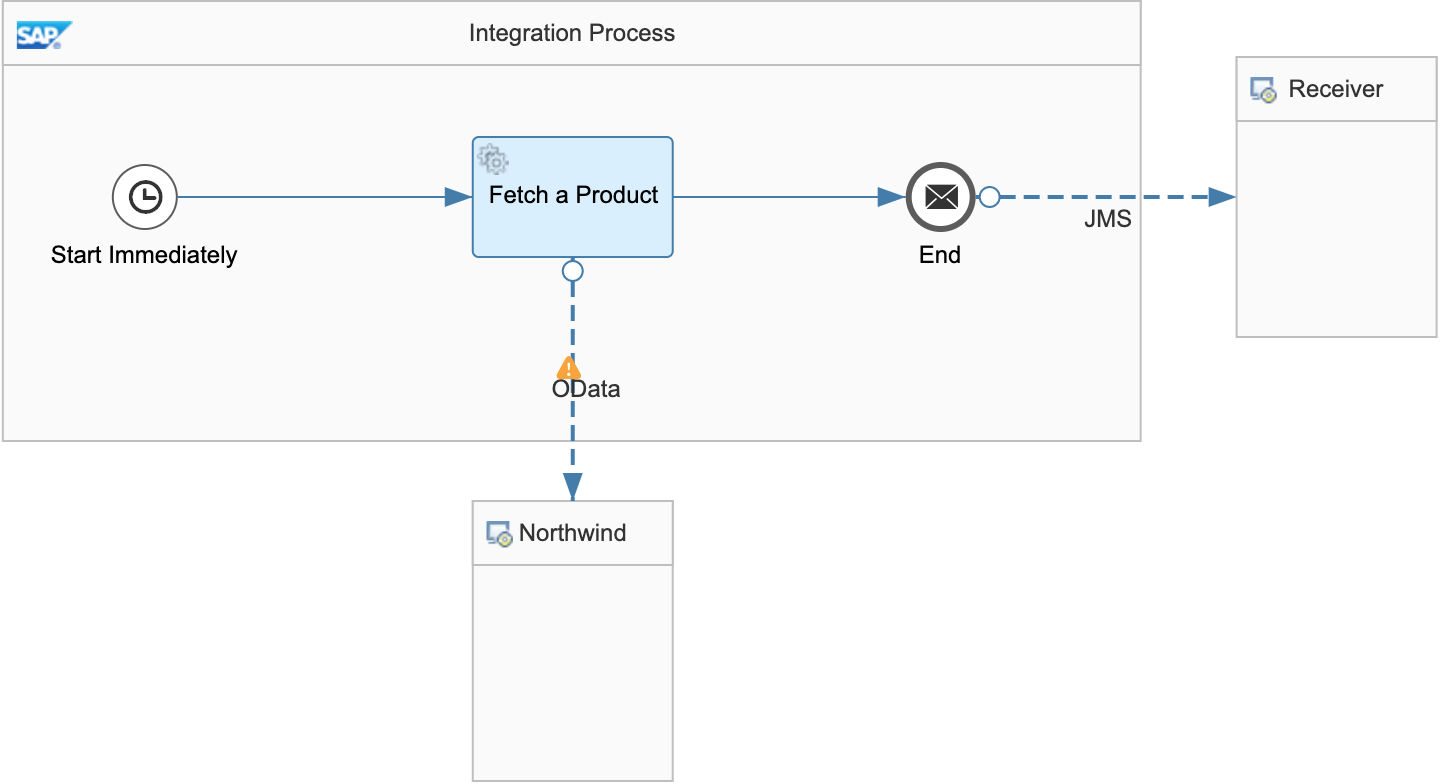 The configuration of the OData Receiver Adapter is as follows:

And, this is the configuration of JMS Receiver Adapter:

The JMS Receiver Adapter creates the queue if it does not already exist and puts the message into the queue. In the context of this blog, a JMS Queue acts as a Message Channel.

Once the flow runs, we can see the message in the channel in monitoring.

A message in the Channel

Integration Flow – Consume from a Channel

Consume from a Channel

The configuration of JMS Sender Adapter is the same as that of JMS Receiver Adapter:

When the integration flow is deployed the message is consumed and logged in monitoring: 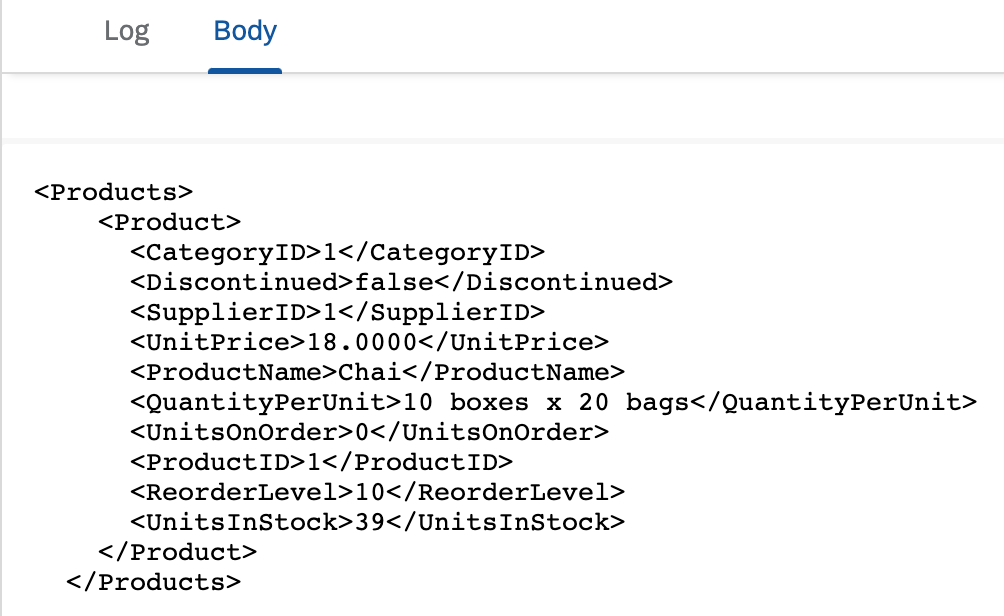 As CPI has extensive support of JMS, the Message Channel pattern is fully supported in CPI. Therefore, the rating of 10/10 is justified.

Message Channels are a way of organising data flowing through the middleware. Sender(s) will put the message into a channel and Receiver(s) will consume the messages in a given channel.