Learn how to create an interactive data analysis application on SAP HANA with just a few extra lines of code. Maybe you are happily scripting with Python in Jupyter Notebooks, but your colleagues don’t want to script and prefer a more conventional user interface. In this blog post we show how you can turn your Python code with little effort into an interactive Web app, thanks to the Python package streamlit.

This tutorial starts with a first introduction to streamlit that anyone can easily follow hands-on. It then continues with a basic low-code example on SAP HANA, for which you need access to a SAP HANA system.

We have also extended this concept in a separate blog post around a more advanced example, which uses streamlit and SAP HANA to cluster data and to help the user decide how many clusters to request.

Please test any code or information we provide. We have tested our examples but there is no guarantee / warranty on any of this content. This blog post was written by Andreas Forster (Global Center of Excellence, SAP) and Dmitry  (Presales, SAP). 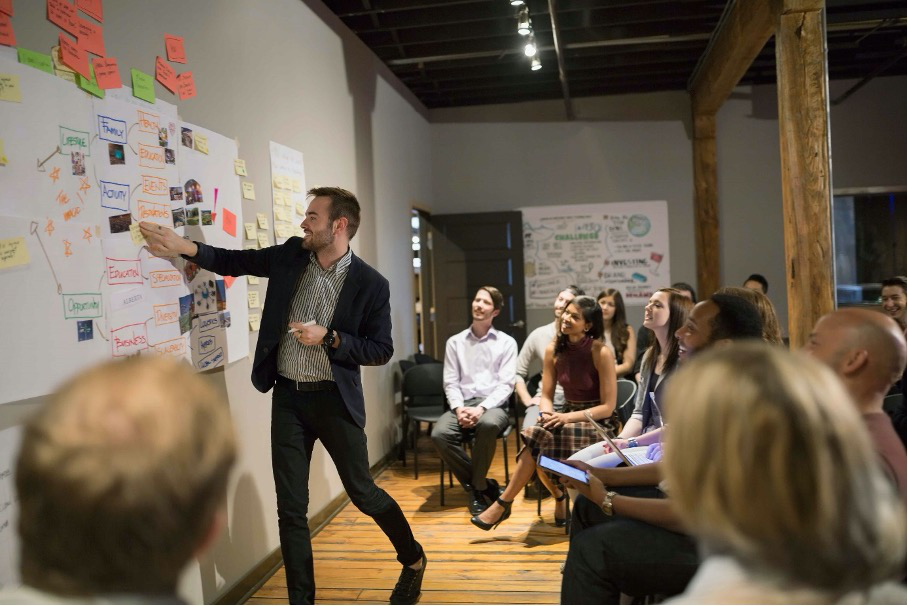 We are assuming you are already familiar working with SAP HANA and the hana_ml library, which is officially called the “Python Client API for machine learning algorithms”. In case you haven’t worked with this library yet, this tutorial can be a starting point.

Technically, you need to have:

Please check with your Account Executive if your licenses cover this use case.

On your laptop you need to install these components:

Then configure your Anaconda environment.

Now test running your first own interactive streamlit application. For fun, we will tackle the birthday paradox. If there are n number of people in the room, what is the probability that two of them have their birthday on the same day of the year? 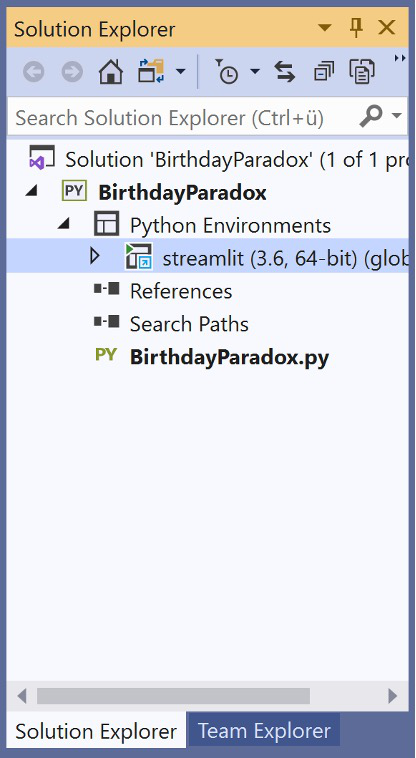 Enter this code into the empty BirthdayParadox.py

Run this code with the green “Start” button on top. 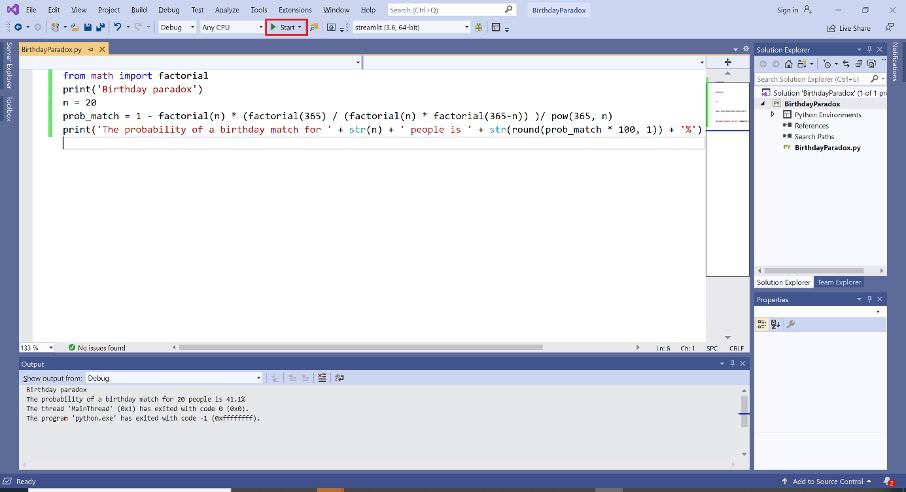 And a command prompt shows the result. If there are 20 people in the room, the probability is a surprisingly high 41%, that two of them have their birthday on the same day of the year.

Press a key, to close this prompt.

Now let’s calculate the probability for two people on this blog’s post image on top to have their birthday on the same day. It’s quite hard to spot everyone, but 14 people are visible. Instead of hardcoding n = 14, we create an interactive application instead.

Only a few simple changes are required, to turn the code into an interactive application. Most important are:

Change the code to:

This code is now executed differently. Hitting the “Start” button will not help now. Instead, go to the Anaconda Prompt and execute the BirthdayParadox.py file with streamlit:

Your default browser should open with the interactive application on http://localhost:8501

Move the slider to 14, and the application immediately calculates the probability of 22.3%, that any of the 14 people on the photograph have their birthday on the same day of the year. 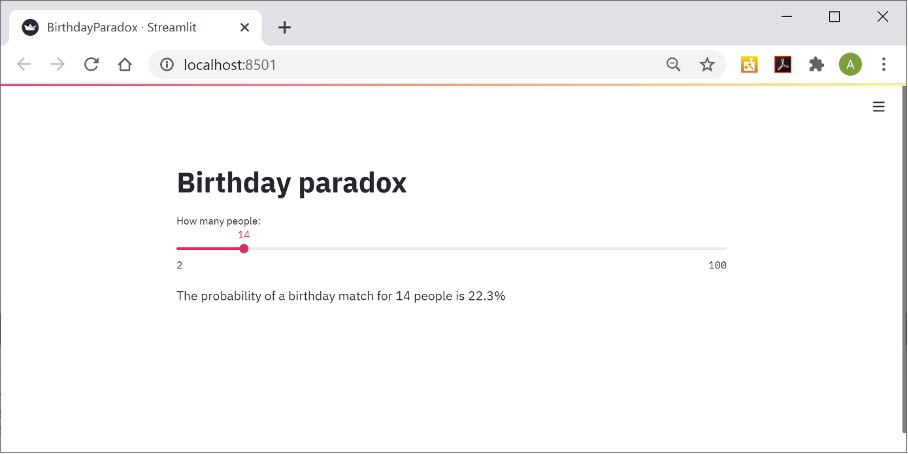 Streamlit can pick up any further changes you make to the code on the fly. Try this out by changing the title in Visual Studio. You can add the word “probability” to the title for example.

Save the file in Visual Studio. And the application shows on the top right-hand side that the “Source file changed”.

Click on “Always rerun”, which will update the application. It will also now pick up any further changes when the file is saved.

You could have the two applications side by side on two screens. Code and save on one screen. And the application on the other screen updates itself right away.

If you want to learn more about streamlit, we suggest these links:

Let’s move on to an example, in which streamlit pushes down some calculation logic to SAP HANA. We will use the Predictive Analysis Library (PAL) in SAP HANA to trigger a clustering algorithm and to display how many elements were assigned to each cluster.

Remember that this is just an introductory example. A more advanced application can be found in a separate blog post, which uses streamlit and SAP HANA to cluster data and, most importantly, helps the user decide how many clusters to request.

Now working with SAP HANA, you have to upload some data first.

We will use a retail dataset to cluster customers. Download Mall_Customers.csv from Kaggle. Upload this file with the following Python commands to SAP HANA. We executed this code in JupyterLabs. In case you have not worked with hana_ml yet, please become familiar with this tutorial first: Hands-On Tutorial: Machine Learning push-down to SAP HANA with Python

Make sure to fill in your SAP HANA credentials. In this example the logon parameters are hardcoded to keep things simple. In reality you would probably store these details securely, for instance in the SAP HANA Secure User Store.

The data is now in SAP HANA. Continue with creating the steamlit application. In Visual Studio, create a new project

Copy the following code into the pal_cluster_count.py file.

Save the pal_cluster_count.py file and execute it with streamlit from the Anaconda Prompt.

Move the slider and SAP HANA will apply K-means to cluster the sample data for the requested number of clusters. The table and plot show how many members are assigned to each cluster. The clustering was done in SAP HANA without any data extraction. SAP HANA also counted how many elements were assigned to the different cluster. Only these aggregates were then transferred back to Python / streamlit. 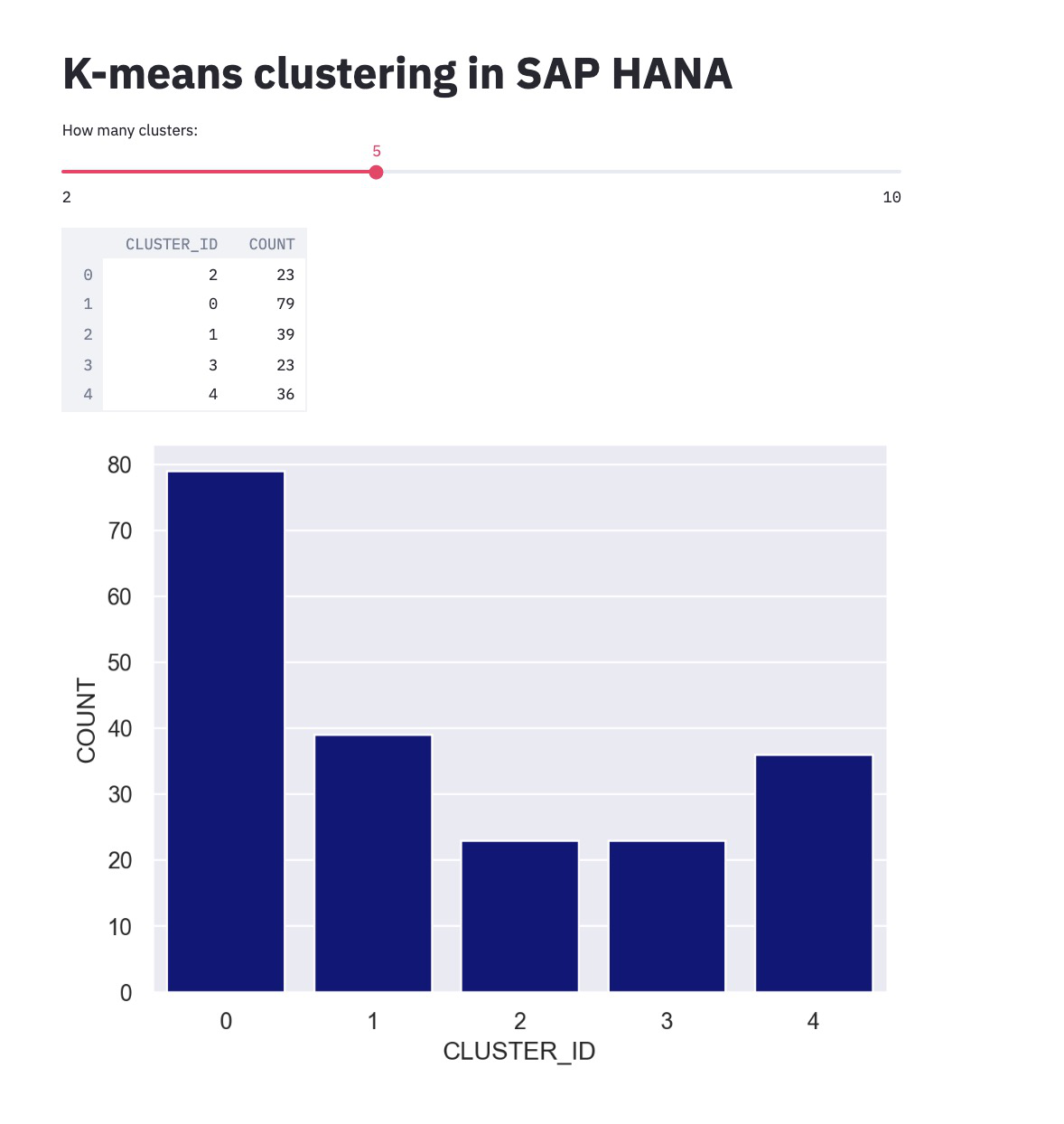 You have created an interactive low-code data analysis application that pushed the Machine Learning calculation to SAP HANA!

If you want more, continue with the next tutorial… 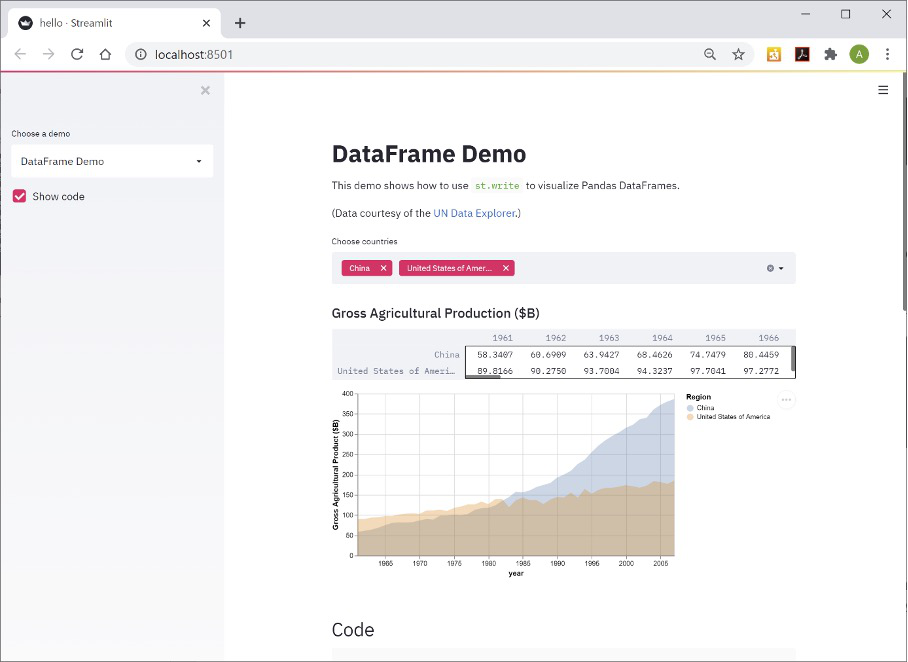 Great work Dmitry.  Thanks for taking the time to share that.

This part is mostly prepared by Andreas Forster , my is second)

Excellent work, thanks for sharing!

Nice Post! Thanks for sharing such an amazing article, really informative, it helps me a lot.