Digital transformation is not an evolution. It’s protagonists conquer the analogue world as one part of my country once took over the other part. East Germany collapsed over 30 years ago. Now it is the entire analogue world that is crumbling. Its citizens want to benefit from the many conveniences of the digital world, and again profiteers make a good bargain.

After graduating from university I relocated to East Berlin in 1993, curious about what was going on there. I knew it was the place where artists and dropouts from both sides of the iron curtain gathered to experiment with new forms of life. Sodium vapour lamps shed monochrome patches of light on the foggy streets. The east German colour palette looked as if it had been borrowed from Tarkowski’s Zone. Born and raised with Kodachrome  colours I got the notion of being in a movie.

My flat smells of mold and decay. It doesn’t help that an icy November wind makes temperatures drop. Wearing several layers of clothing I wake up at night with chattering teeth. I scratch together a few pieces of coal I spotted in the cellar to fire my tile stove. For a few hours the air gets a bit warmer, then my supplies are used up. To move my limbs I am taking long walks through the snowy cobblestone streets of Prenzlauer Berg.

This is how I discovered the coal merchant close to the old Jewish cemetery. On the next day two giants dumped half a ton of coal into my cellar compartment. I could finally heat my flat and I knew I could stay on. I’ve just finished reading Stern 111 by Lutz Seiler, and I thought of these times, as his first years in Berlin resemble my own story. 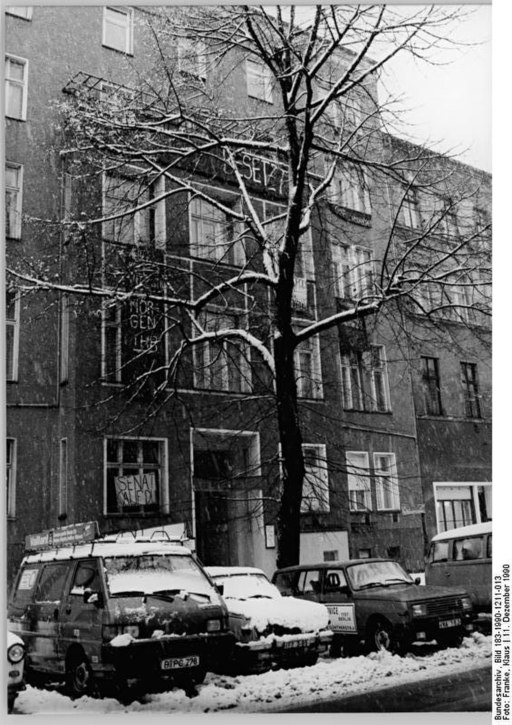 When you are part of a running system the purpose question is definitely out of place. You are just a small cog in the machine. All you need is to function. In times of change that won’t do. Either you find out what your own purpose is or you get lost in transformation. Berlin was a huge social experiment. People coming from both sides of the iron curtain regarded the collapsing system(s) as an opportunity to do something completely different. Nothing was given and therefore we got the chance to reinvent ourselves. It’s not easy to find your own purpose though, especially when you get older and look back at your track record. I have met people about the age I am now who lost their jobs, societal status, friends. Some never really recovered from the collapse of their system. Others tried out new things, failed, stood up again and carried on with their lives.

At last East Germans tried to participate in the material prosperity of the western world. Quite often they fell victim to empty promises. Adventurers made small fortunes by selling bananas and bras to those who had no clue. Some reinvested their profits into blocks of flats, got wealthy, and looked down on the left-behinds, as if they didn’t deserve it. In his recently published book The Tyranny of Merit moral philosopher Michael Sandel claims that “meritocracy has very dark sides and it has put at risk our social fabric”. I am looking forward to reading it, as I assume it provides some explanations for societal development in my country. 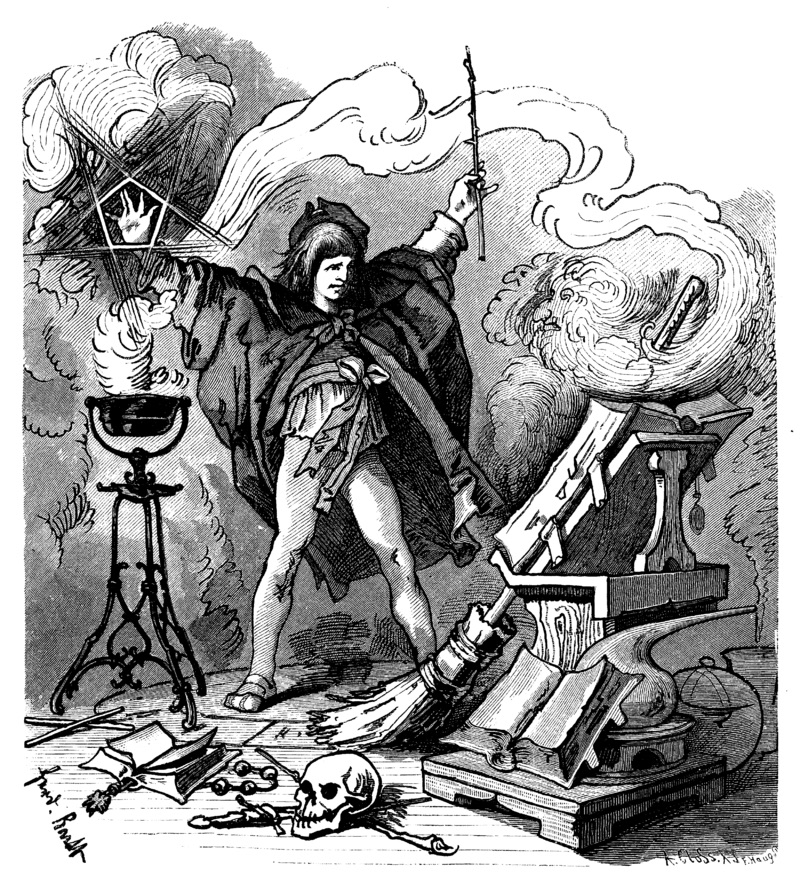 Sandel claims that education won’t solve the problem of growing inequality. It’s hubris and lack of respect from the rich that have resulted in growing social unrest and political extremism. I am afraid that digital transformation might end up in a tragedy of the commons if it can’t create well paid jobs for analogue citizens. Many have already lost their jobs due to the promise that algorithms and robots are more efficient. Contrary to the German system change this time the superior party isn’t human, the assets are attention instead of real estate, and profits are shared between a few companies owning the social platforms. I don’t think that people driving this transformation are arrogant and ignorant in general, even if some of them are claiming they have a right to win.

Some of the brightest people have contributed to the worst nightmares of our attention economy. Now a few of them are scared stiff by the implications of society drifting apart into opposing echo chambers. Here are some quotes from the documentary The Social Dilemma: We need to have some shared understanding of reality, we had an idea of a humane technology, but we lost sight of it, we are trapped by shareholder pressure…. I hear their voices, and they remind me of Goethe’s Zauberlehring: