Customers choose SuccessFactors Employee Central, EC from hereon, for a myriad of reasons. The most common amongst those is the creation of a Global HR system. Global HR system creates the necessary boundary between HR functions and non-HR utility functions like Payroll/Time etc. Whilst such a boundary is great for business, it breaks the Hire to Pay business process into two systems – this necessitates an integration.

With EC earmarked as the global HR system, employees are hired and terminated from this system. If the Payroll system is an SAP payroll system, the integration goes through a well established integration pattern called the “Core Hybrid” Integration. This integration is supported by a time tested yeomanly infrastructure called the Business Integration Builder (BIB) that comes with the add-on PA_SE_IN. Much has been discussed and debated about BIB on this forum and elsewhere. The focus of this blog is not about the intricacies of BIB, but rather how SAP has designed BIB to behave during go-live. 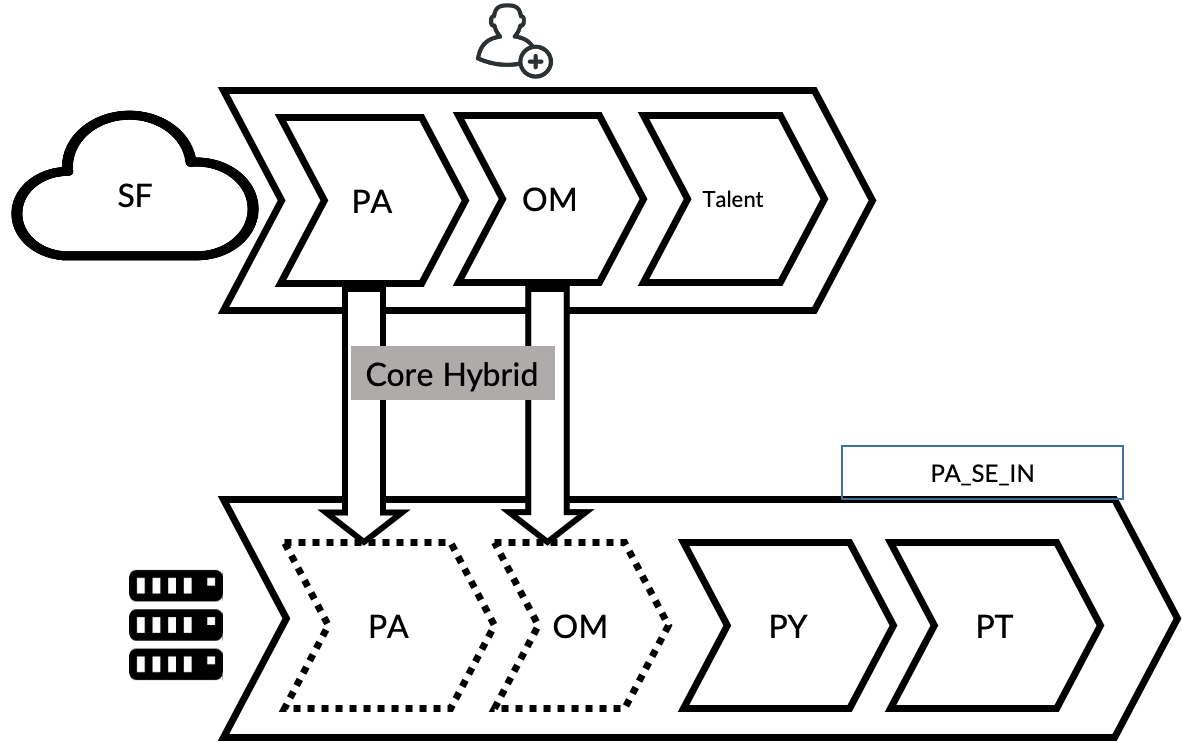 [Image source: Self made]

BIB supports both Migration and integration:

Customers going live often start their go-live process with a migration from SAP HCM to EC followed by a subsequent integration load from EC to SAP HCM.

Mary Mustermann: Is an example persona that we will use through-out this blog to articulate the migration/integration runs. Mary has been working for nearly 30 years now. The table shows her job slices (drawn from infotypes 0000/0001 on SAP HCM.)

Migration brings in data from SAP to SF via SAP Infoporter (BIB). Migration brings in only restricted historical data. It’s recommended not to go too far into the history during migration. The extent of data that’s brought in via migration is controlled with the cut-off date. It’s prudent to bring in as little baggage as possible – so, the cut-off date should not be too far away in the past from the date of run.

Again as with migration, integration also has two types of runs. The very first integration run that levels data between both the systems and subsequent delta replication runs that bring in data on a regular basis. At this stage it’s important to note that:

Hey Girish, Firstly great blog, very nicely written summarizing the entire migration and integration process albeit the complexity involved in the actual execution and realization within a project. The example goes a long way to instill the concepts accurately!

Thanks for stopping by!

And, yes - you're right - that's an error of oversight. I copied this from a dated excel. I will rectify the date.