Here , the below case is one such example where it will save the time drastically for Adobe Forms when data model changes exists in the tables/structures or any DDIC component used in Adobe Forms/Interface.

As we, all know that there will be Data Model changes when we move from SAP (ECC) ERP  to SAP S/4HANA, so due to this the structure/tables or any DDIC components used in Adobe Form/Interface will not be having the new DDIC synced components.

Therefore, it is very much necessary to remediate these Adobe Forms as the DDIC components will not be in synced automatically w.r.t SAP S/4HANA changes.

Otherwise, this would lead to dump when Adobe Form gets called.

SFP is the t-code to open Adobe Forms.

In order to know whether it is required to remediate the Adobe Form, do syntax check for that object.

If no error found, then everything seems fine but if error exists as shown below then need to fix.(Example). 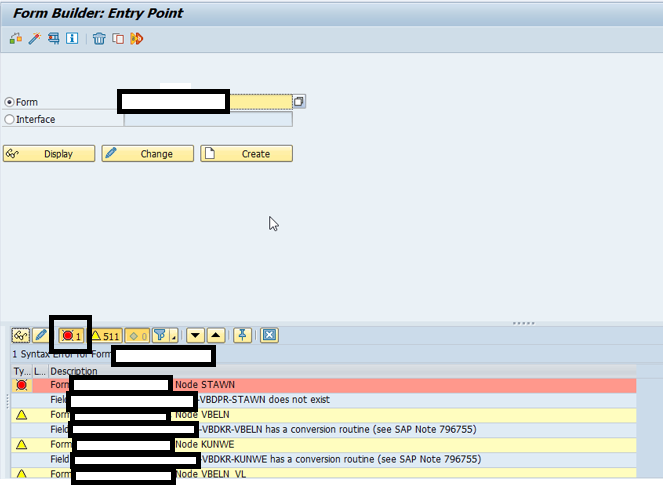 So, here it says component does not exist. Hence, need to fix it.

Suppose, if we check the component STAWN in the structure VBDPR from SE11 in SAP S/4HANA. 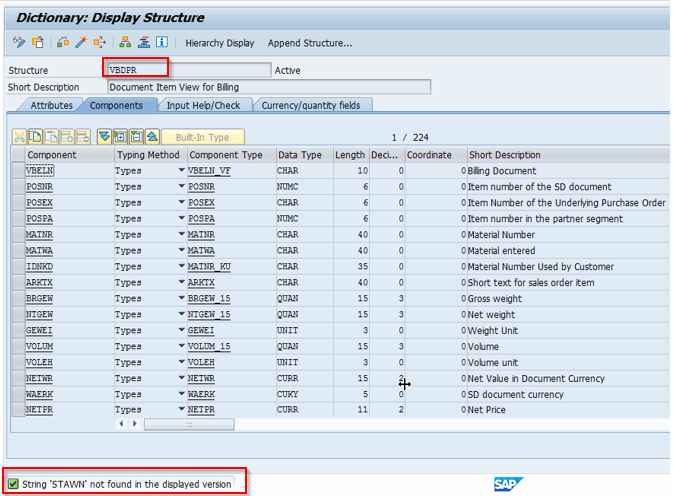 The component does not exist. Because this field is obsolete in SAP S/4HANA as it’s related to Foreign Trade.

The same if you check in SAP (ECC) ERP the same structure and the same component STAWN exists, as shown below. 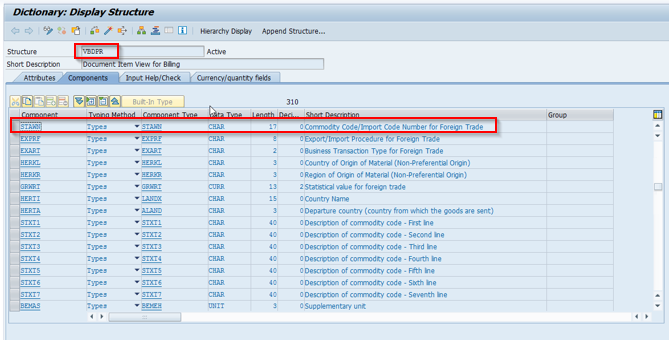 Open the form and do syntax check. 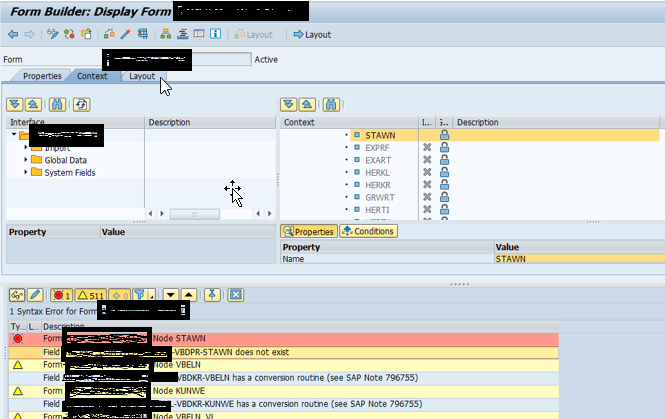 Go to the corresponding Node where the error is pointing in the Context Folder. 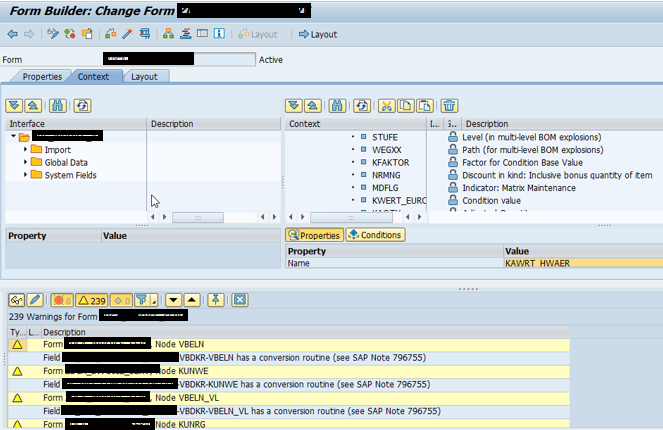 No Error found, hence issue is fixed and it is synced w.r.t SAP S/4HANA changes.

Similarly, you might be having the syntax errors in interface where the field doesn’t exist in the DDIC component used in SAP S/4HANA due to data model changes but it is used as reference in Currency/Quantity Fields in Interface Section, in that scenario you need to find the replacement for that obsolete field and replace the obsolete field with the new one, hence there would not be any impact and issue would be fixed.

Thanks !! Alok Kumar for going through the complete blog post .