How to check and download all BC (Business Configuration) sets

In the R/3 system from SAP, a Business Configuration Set (BC Set) is a management tool that allows the user to record, save, and share customized settings. By creating a BC Set, the user is provided with a snapshot of the customized settings of a system that can be used later on as a template; SAP also provides pre-packaged BC sets designed for specific industries and applications. BC Sets are useful because they provide continuity and prevent project team members from overwriting each other’s settings.

By using 2 T-CODES we can perform all BC set activities.

Types of BC sets: 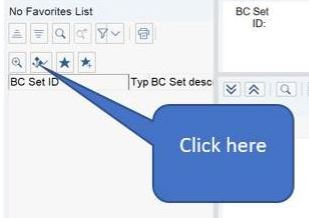 System might restrict the entries displayed, based on your user setting. Refer below screenshot.

For changing the user setting, go to “More” on right side and navigate utilities-> user setting 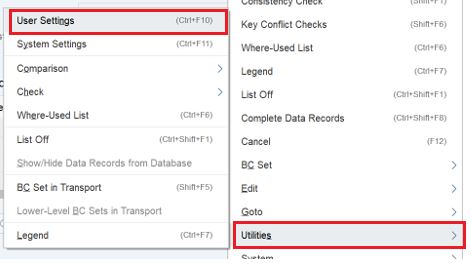 Reload all BC sets to see all the entries.

To activate the BC sets we should know the sequence. By the help of BASIS team can activate BC sets. Also BASIS can import of BC sets from one environment to another.

BC sets are hierarchical and that they were done manually, given that this is an Assemble to Order environment.

Very thoughtful, steps are easy to follow, thanks for sharing

Nice blog! Thanks for sharing.

Very useful topic explained in simplest possible way to make  it easy for all to understand.

Appreciate your efforts, thanks a lot

Yep, thanks.
I still do have another question - for the Focused Build (SP05) setup of SolMan 7.2  in an OSS Note ist mentioned to upload the BC-Set "SALM_TESTSUITE_SP05-SP06.bcs" from the local PC, where it has been downloaded upfront - but couldn't find this BC-Set anywhere, nor a full list of available BC-Sets, is there a repository you would know of? Thanks.