SAP Cloud Integration version 3.30.**/ 4.17.** comes with an enhancements/feature for message mapping where in you can upload and map the Swagger/Open API Spec JSON file. This blog describes about this new enhancement.

When we say Swagger/Open API Spec JSON, we are supporting the JSON files based on OpenAPI Spec 2.0 and 3.0 version and especially the JSON definition files of the REST APIs hosted on https://api.sap.com . For a given REST API, you can download the definition file of the same as shown in the screenshot below. Here a JSON specification file of an Ariba REST API is used. 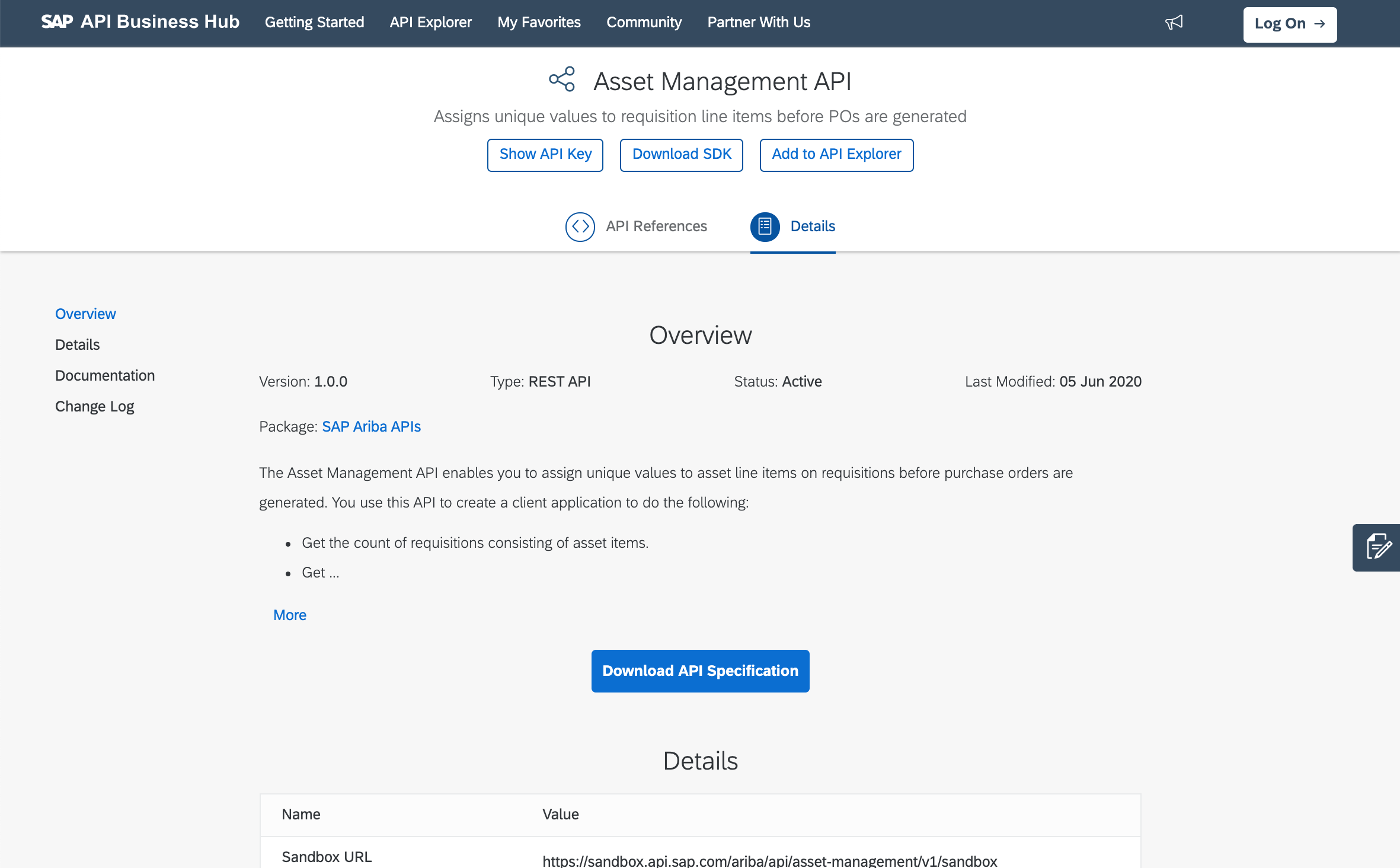 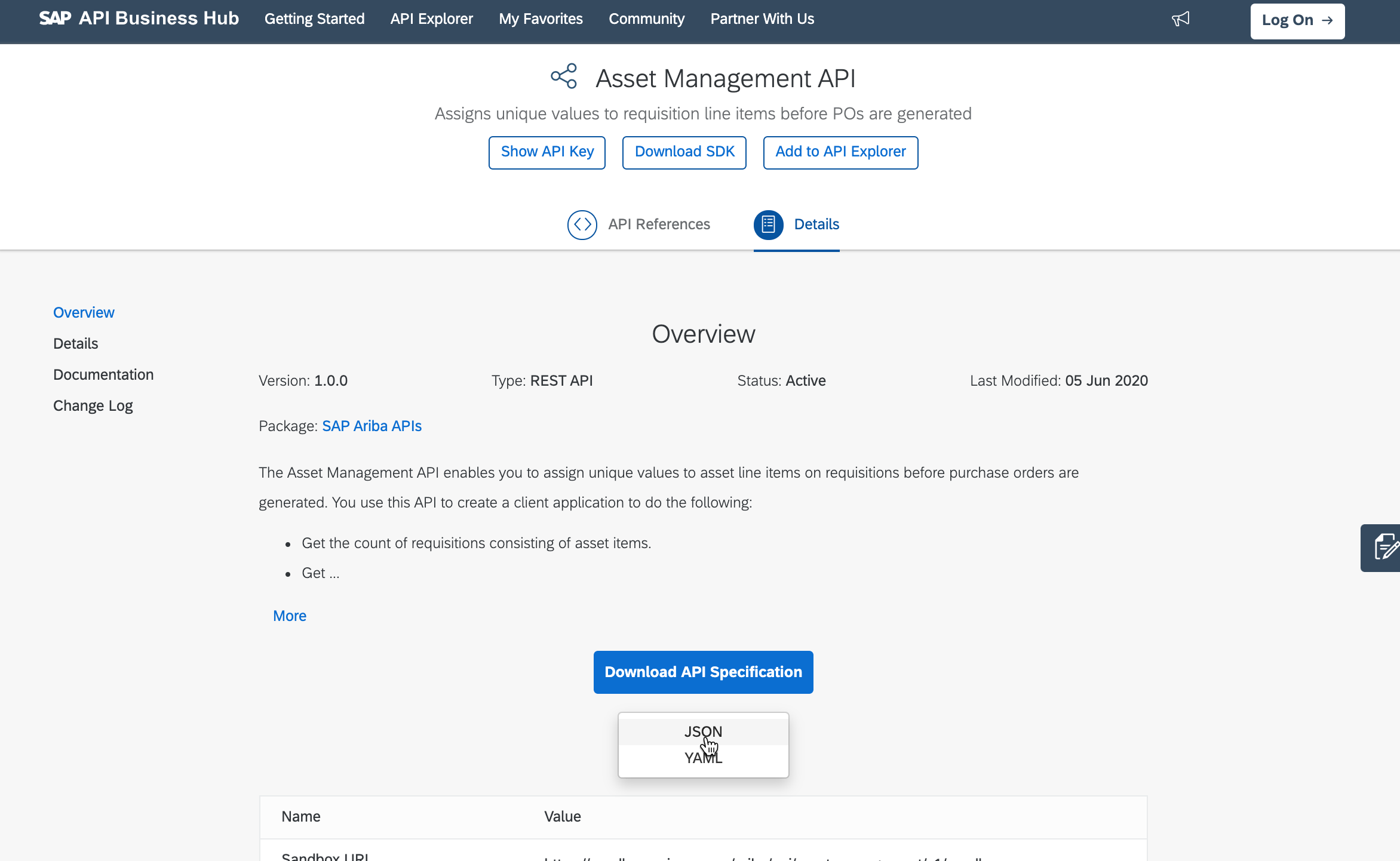 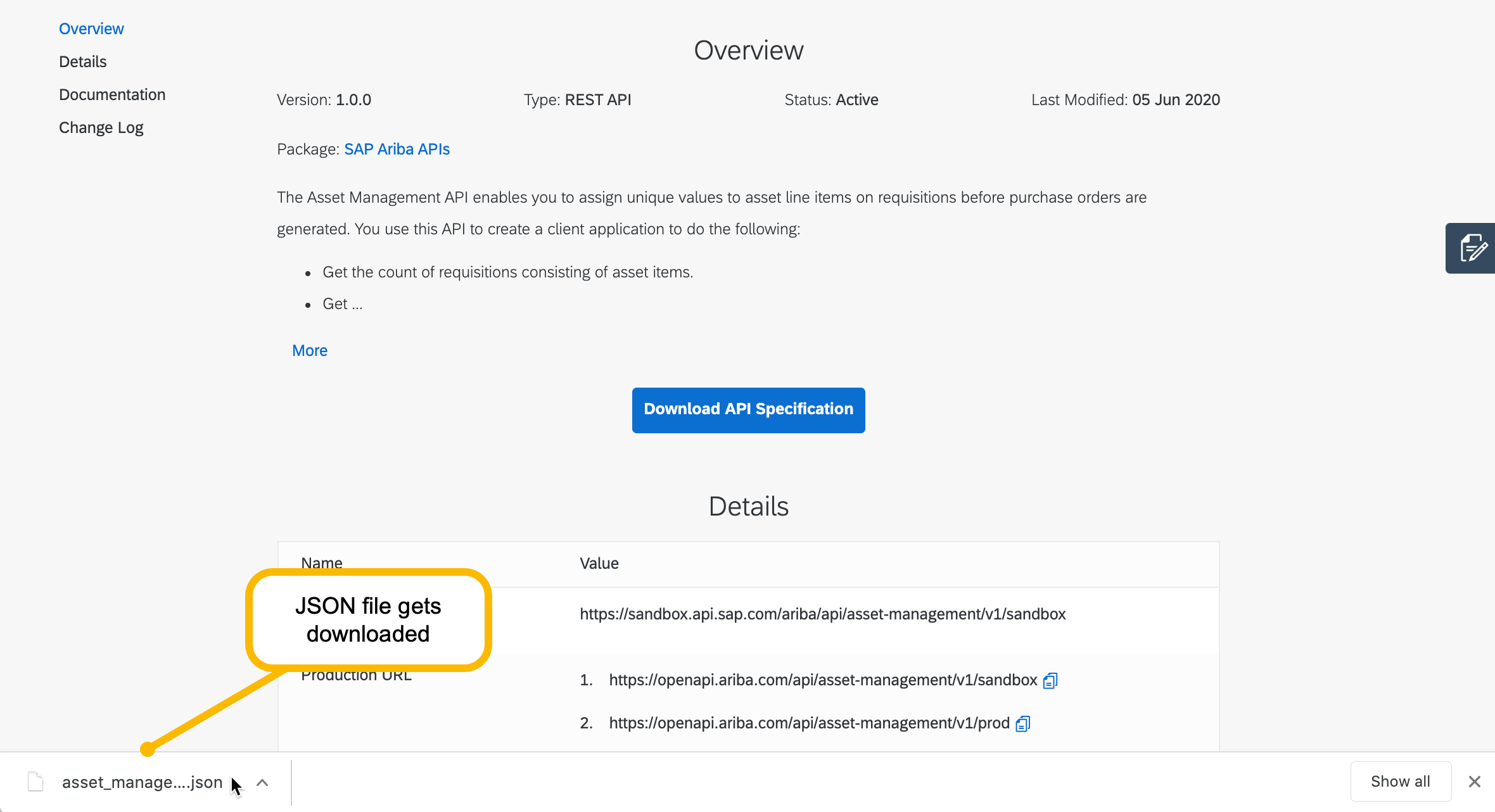 Below are the screenshot on how to see a flow step version. 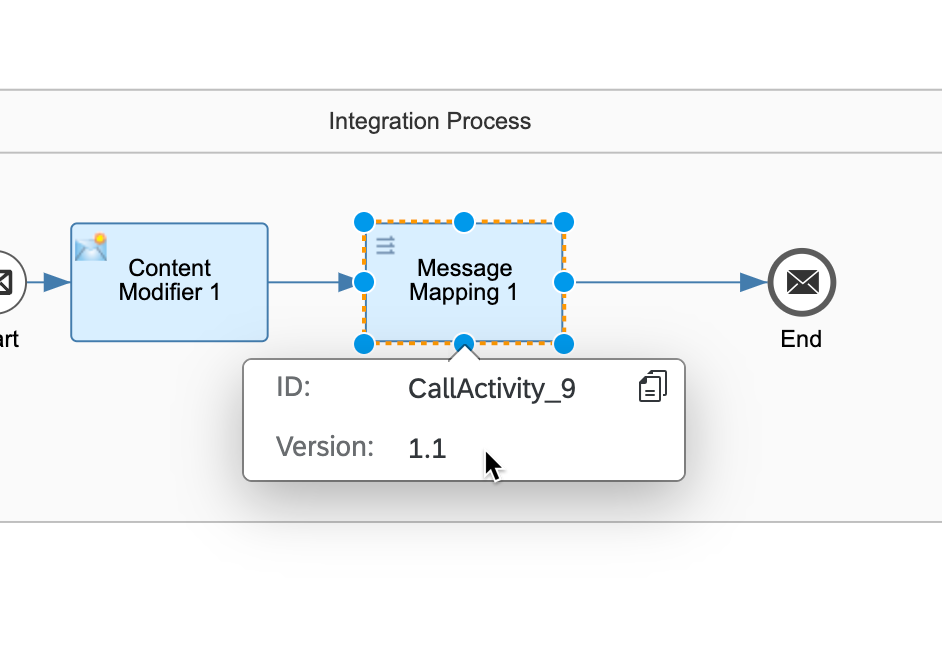 Version number of the flow step

You can upload this JSON file similar to other currently supported XSD, WSDL or EDMX file. Just click on source OR target part of the message mapping an upload it. Below sequence of screenshots shows the different UI screens you see once you select and upload the swagger JSON file. 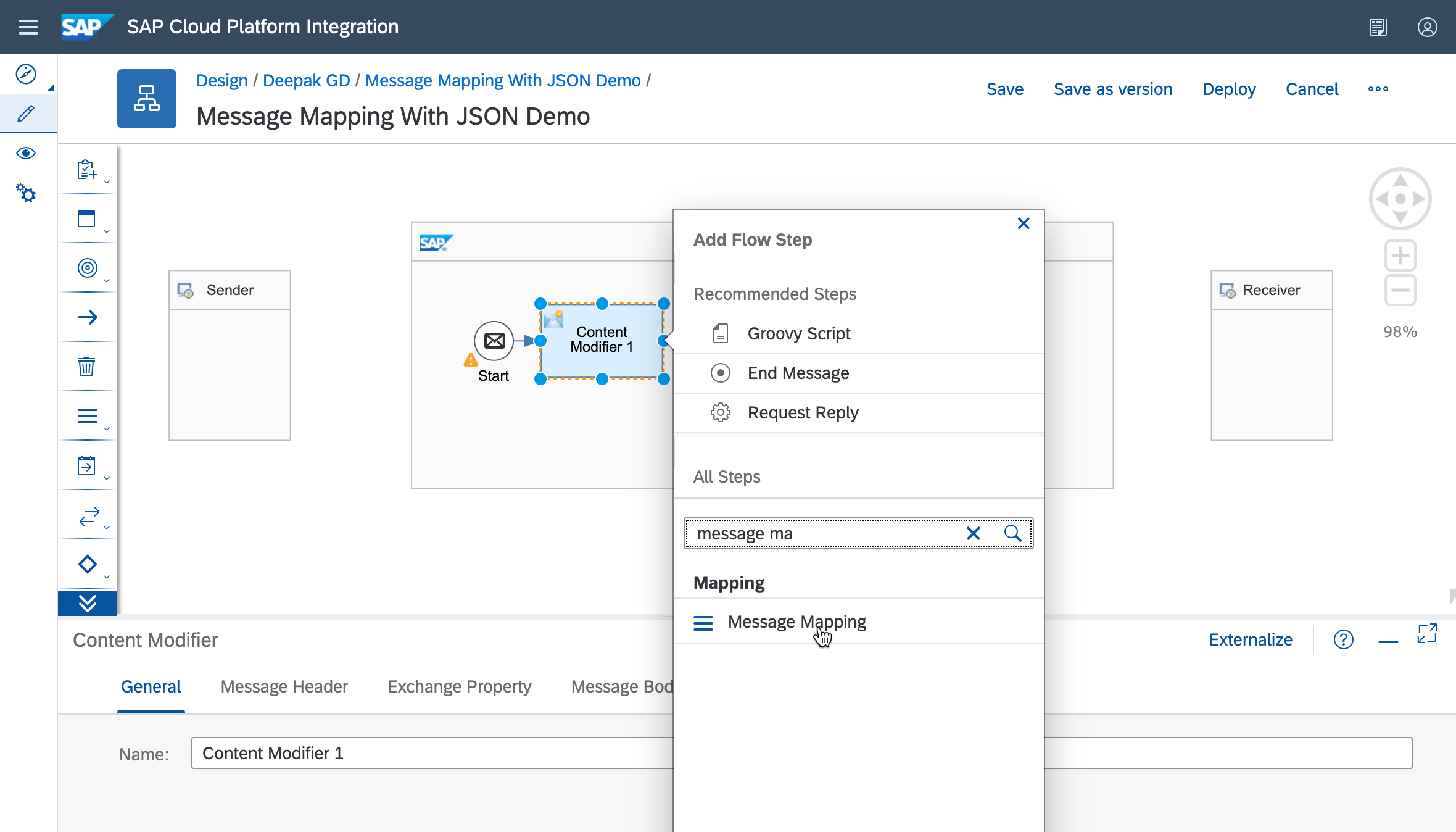 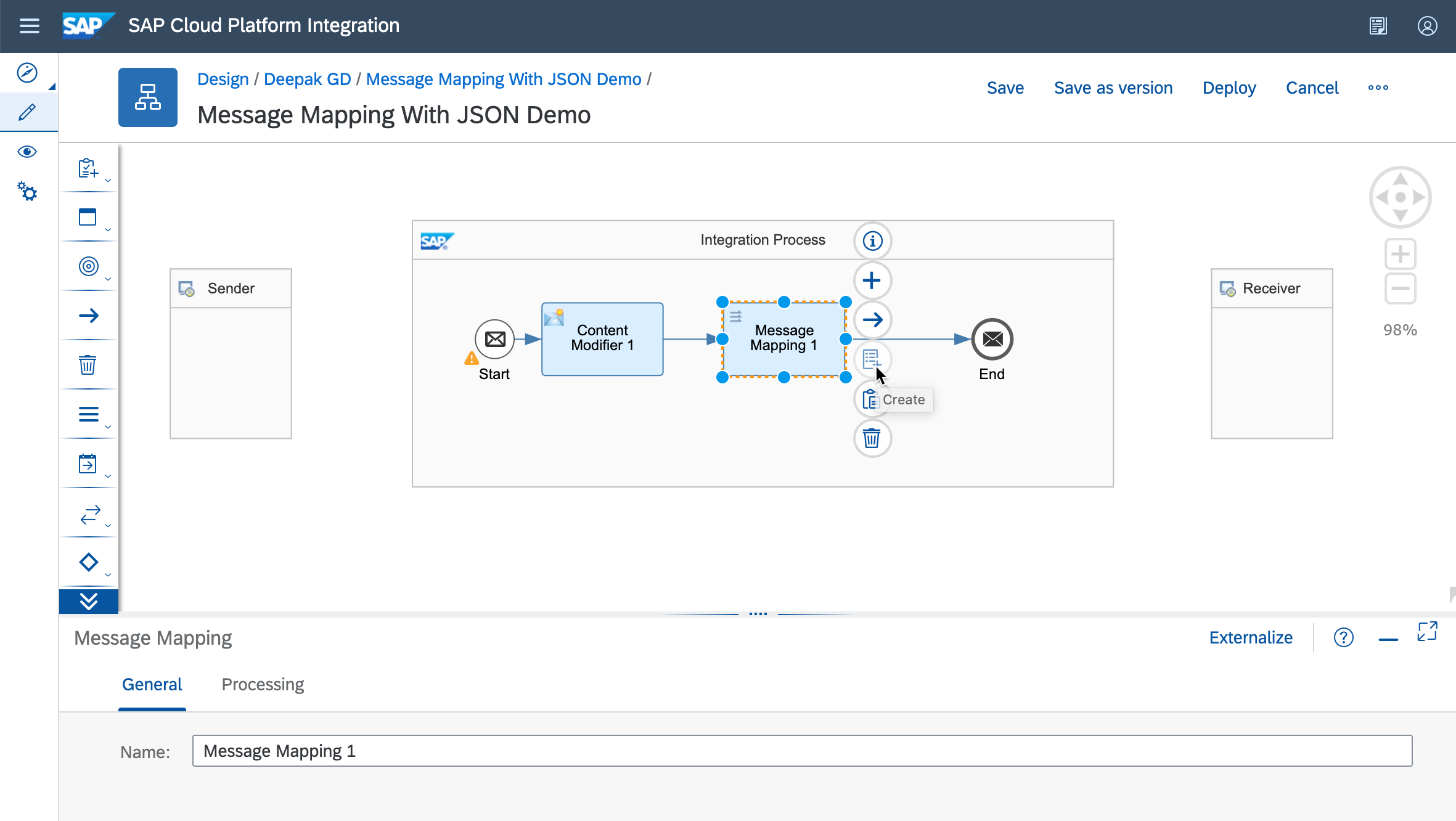 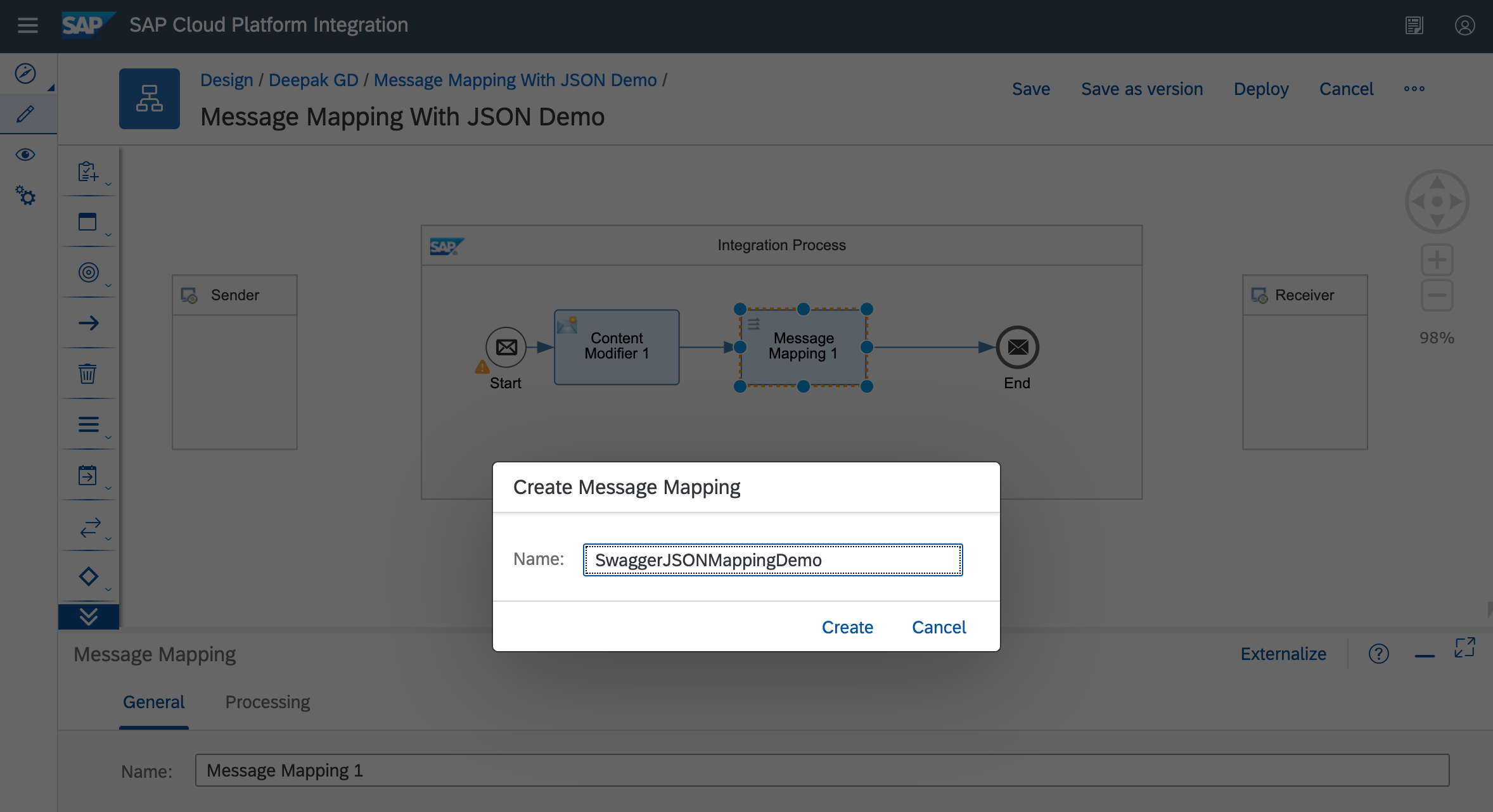 Provide a name for the message mapping 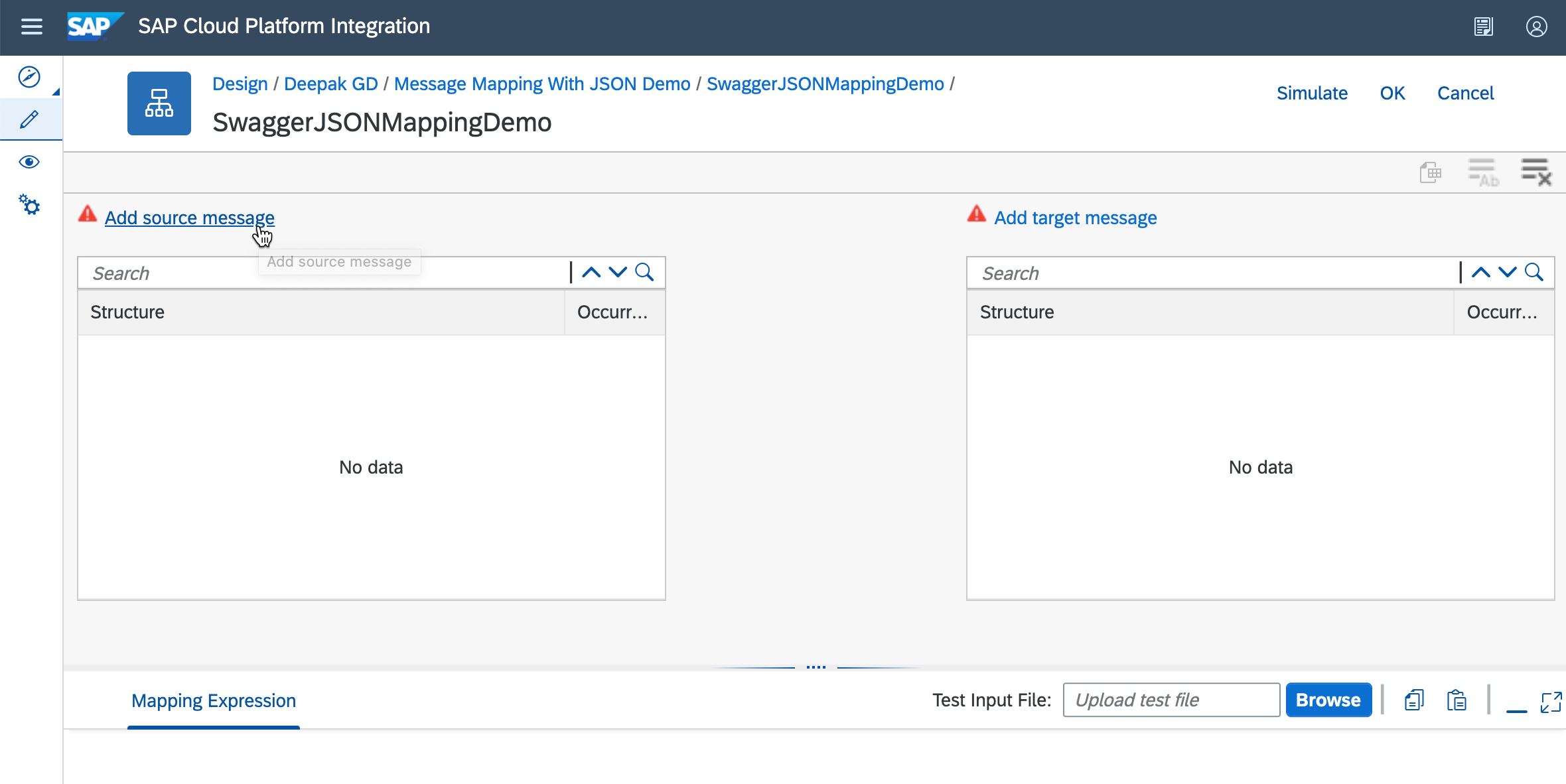 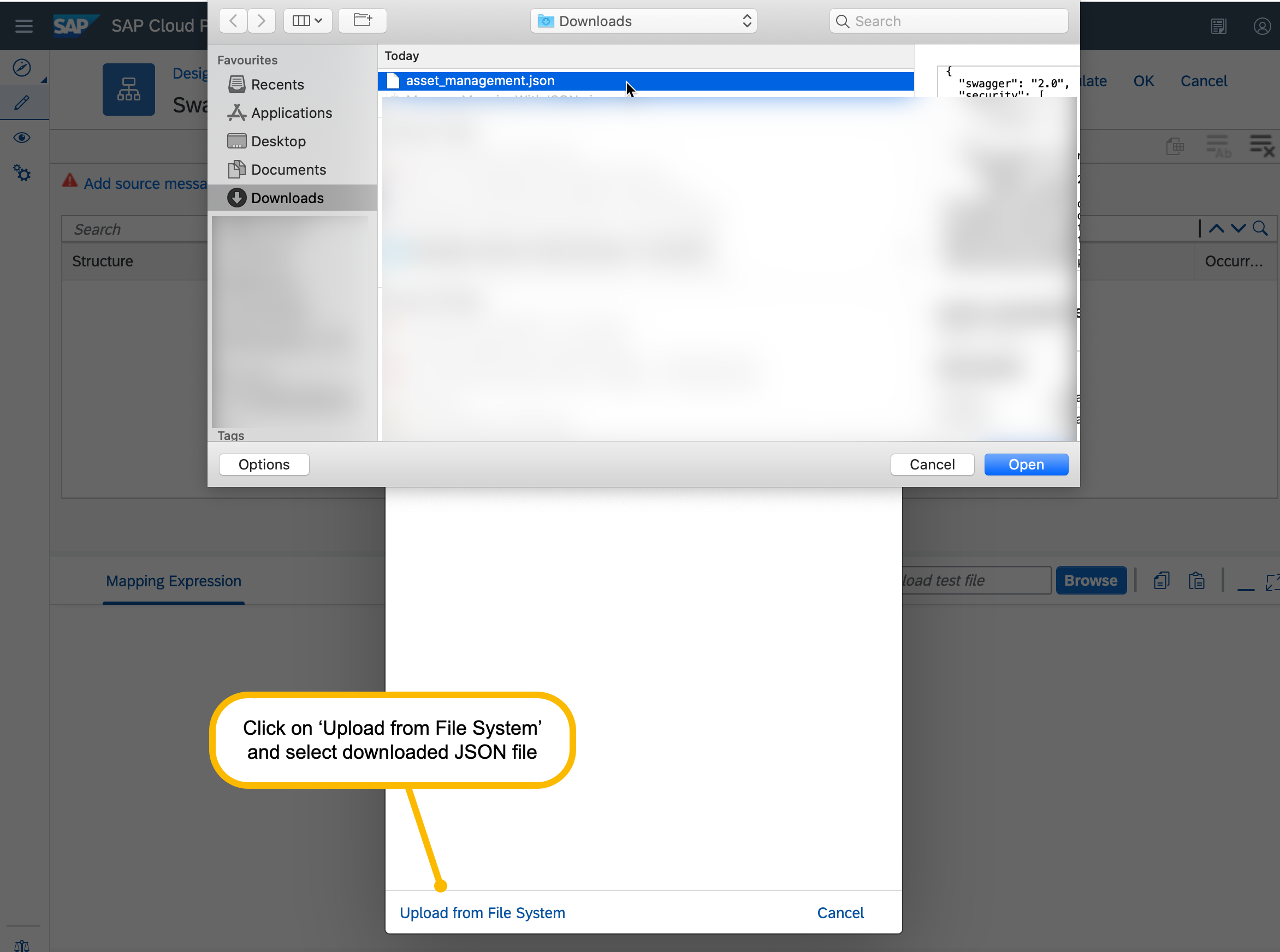 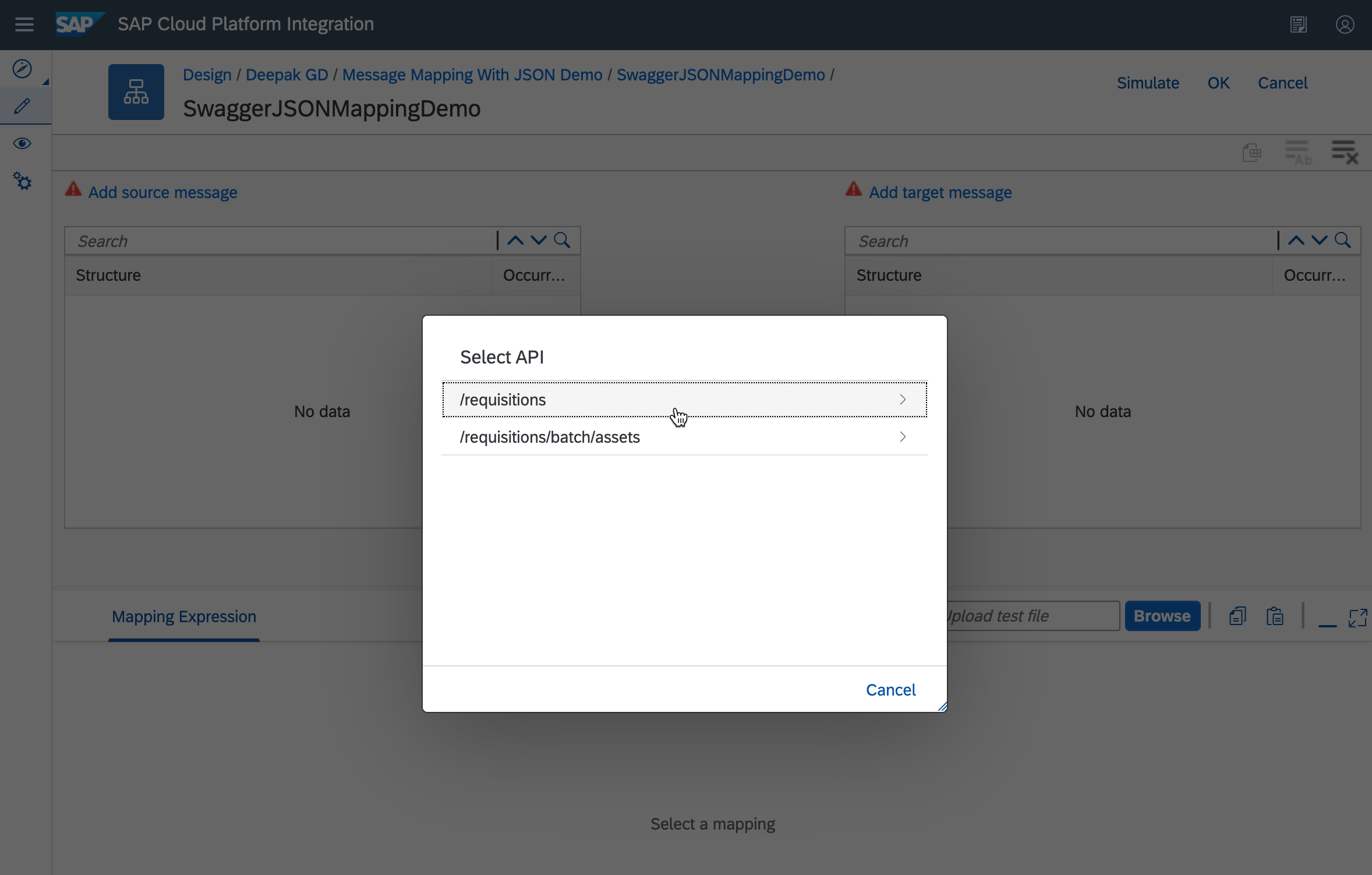 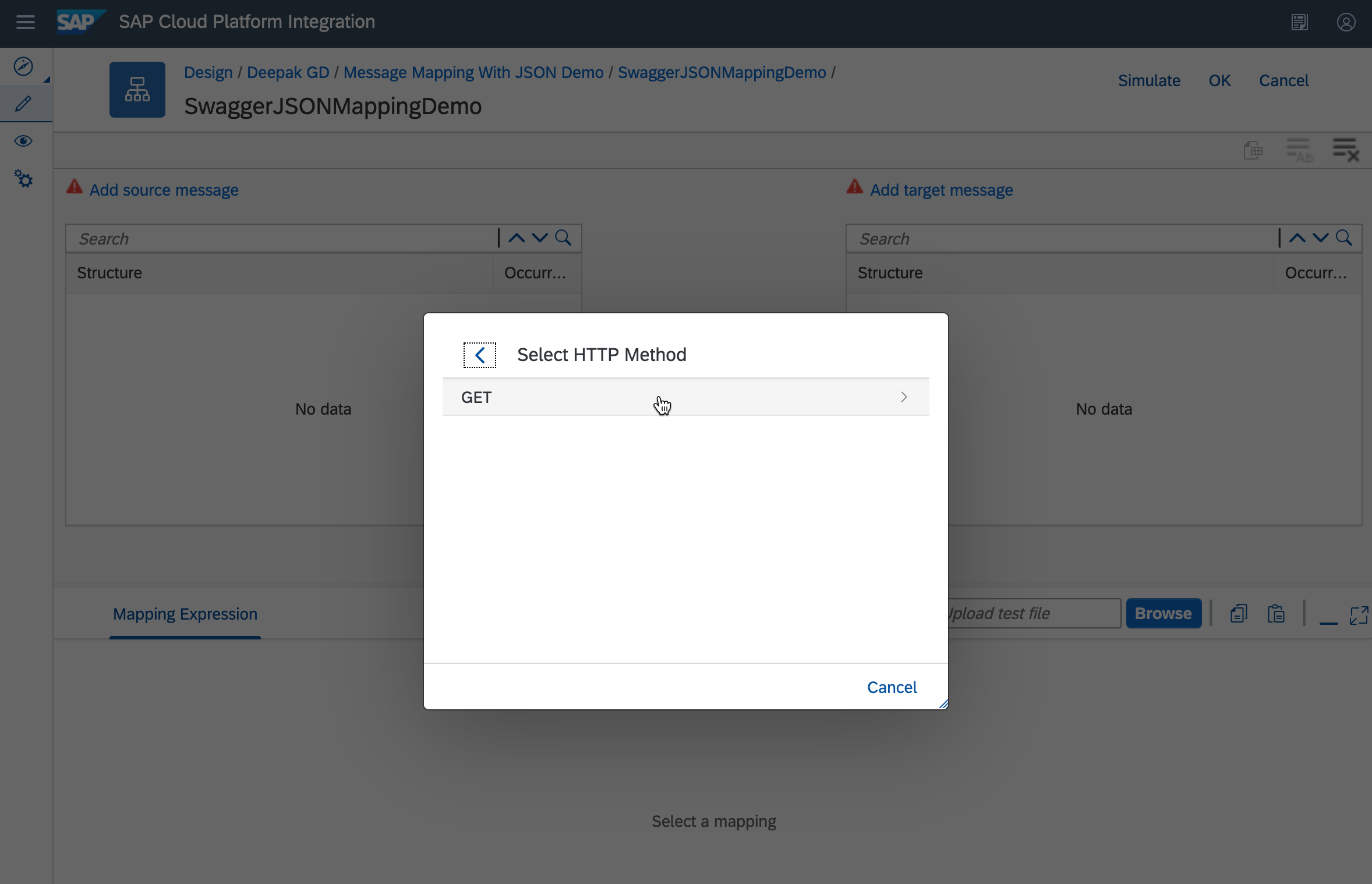 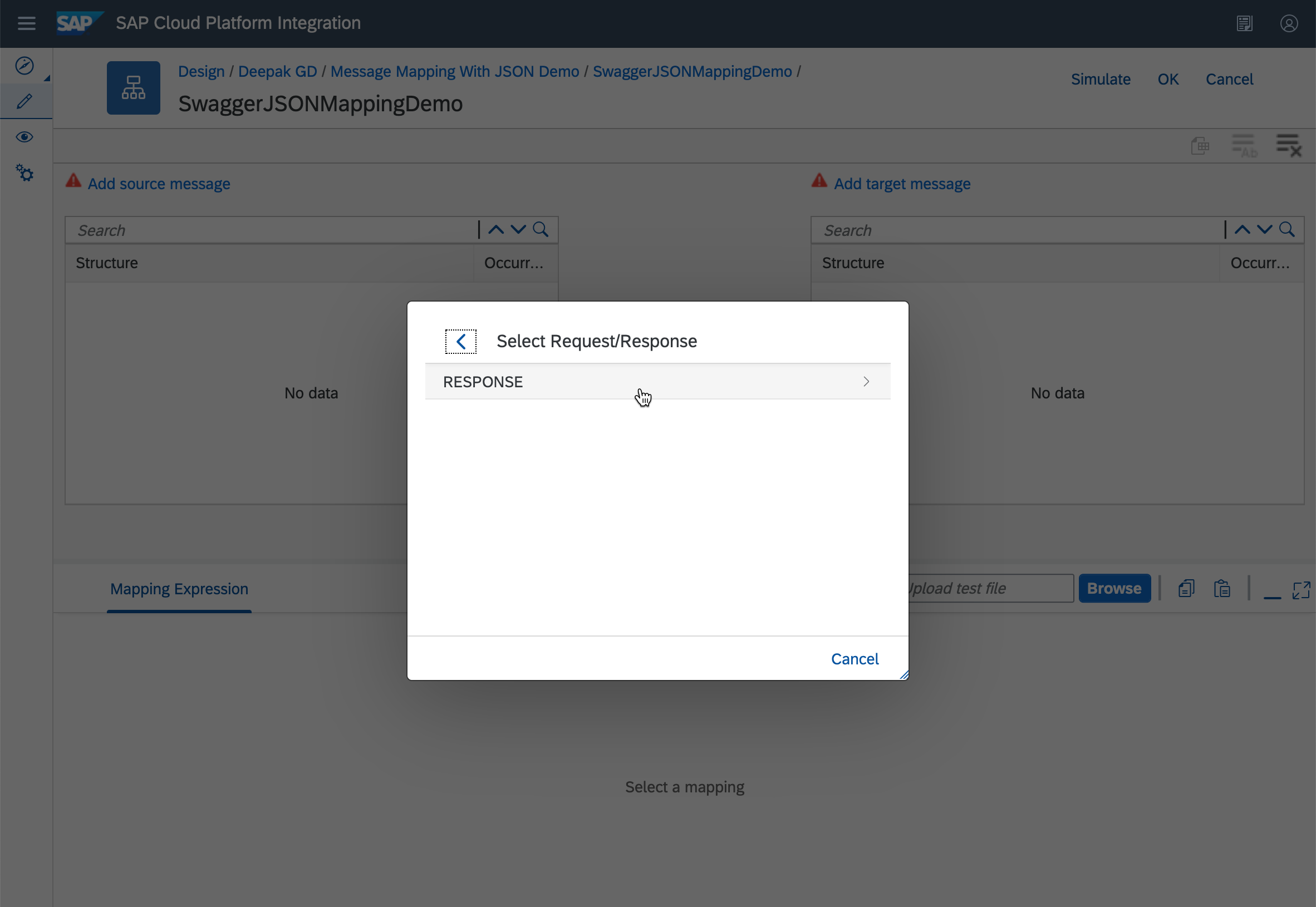 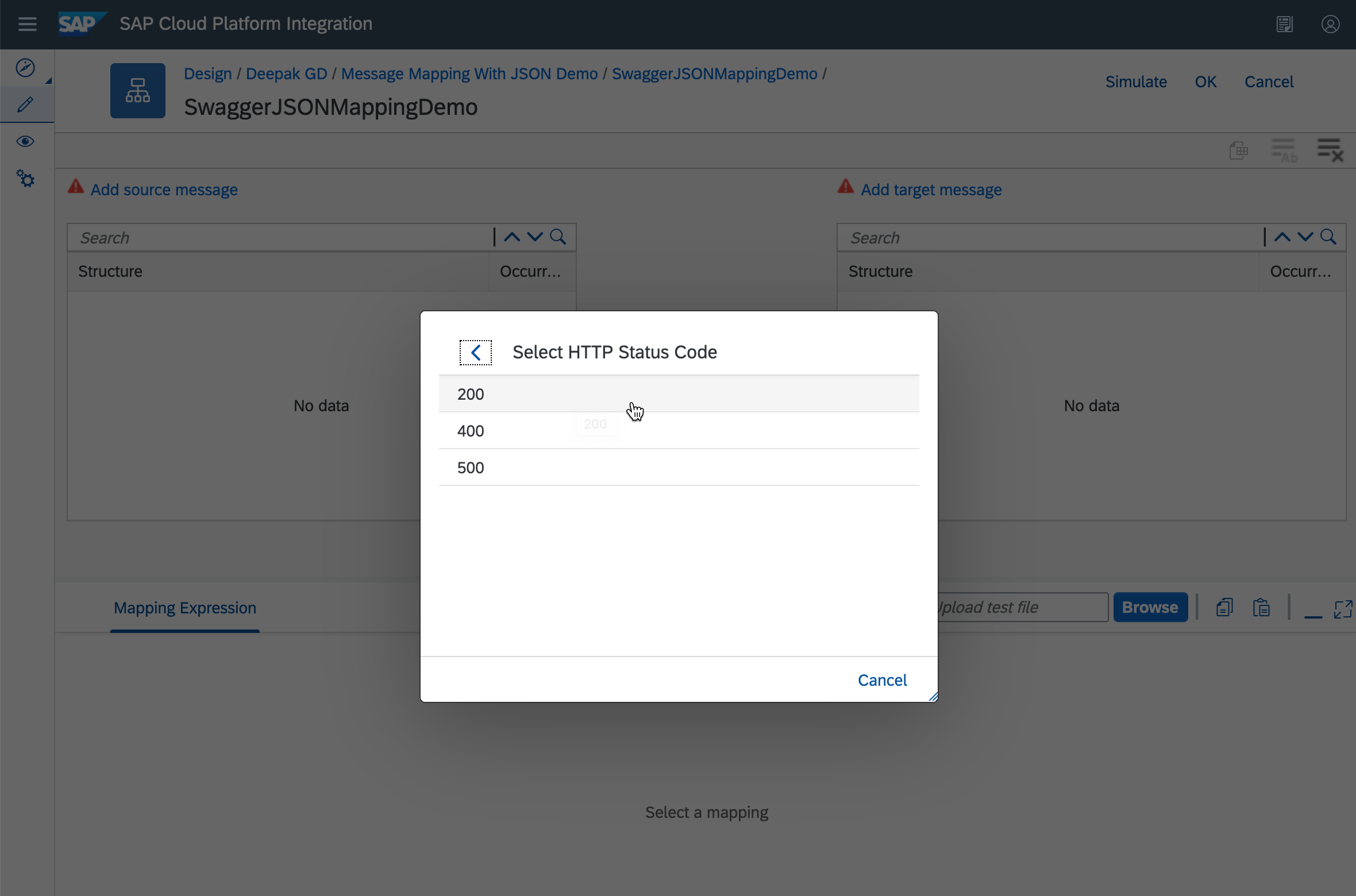 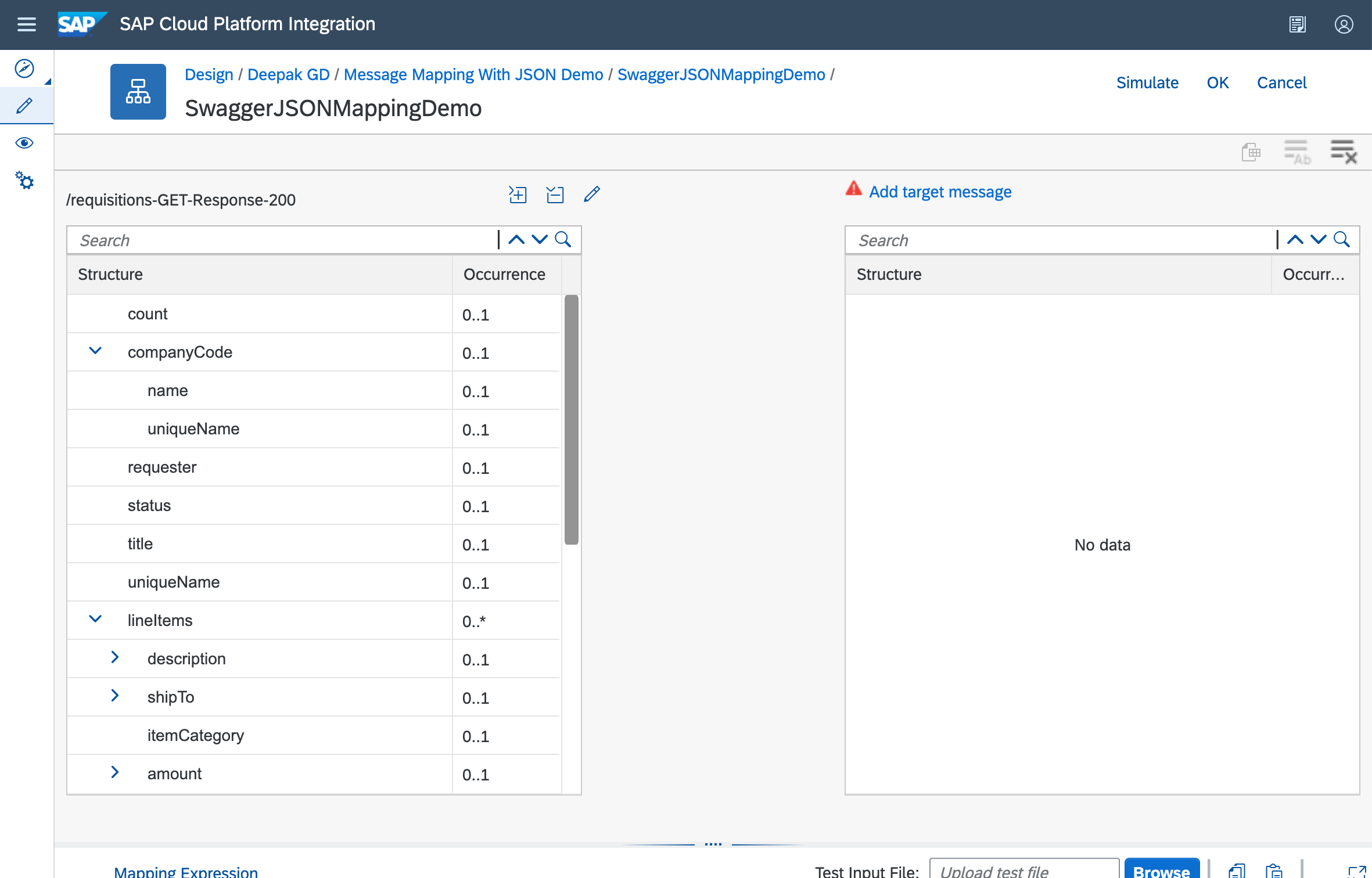 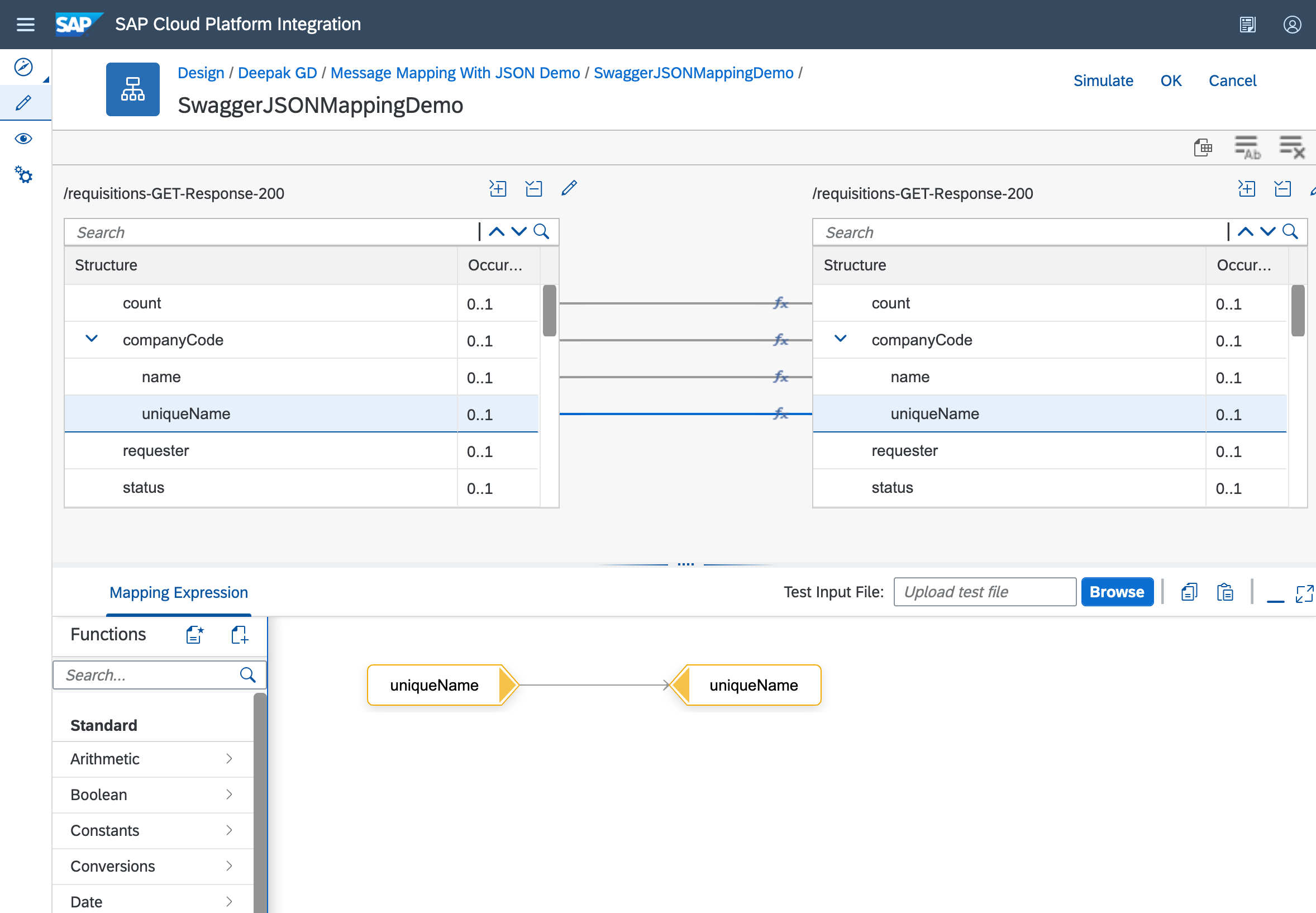 All the standard functions, along with Groovy script based custom functions/user defined functions (UDFs) of the mapping expression editor are supported for the uploaded swagger JSON. You can use these functions for your mapping definition needs.

You can upload other supported file as well in combination with JSON. That is, JSON file at the source side and a WSDL file at the target side (or vice versa) of the message mapping as per your integration scenario needs.

Further, you can complete the message mapping and/or integration flow development as usual and deploy, run the integration scenario.

Below topics are planned for the future enhancements.

JSON Schema as per https://json-schema.org/

As of now, only swagger JSON files are supported, and going forward we will be working on the provide the support for JSON files which adhere to the specifications as defined in https://json-schema.org/. This shall come handy when you have a JSON structure for other kind/third party systems of integrations which understands JSON data files/payloads adhering to said spec.

Currently, the Swagger JSON is not supported in multi mapping. In feature increments we will be working on to enable it.