While working with SAP SuccessFactors Compensation, one would frequently deal with the terms Compensation Hierarchy and Planner, as it effects how the forms are created and for whom.

A planning hierarchy represents the organizational levels and units in the company for which you want to plan. The compensation form is generated based on the hierarchy. It remains constant during planning. The compensation planner has the responsibility for recommending the compensation changes for employees.

Setting up the hierarchy can be done in Plan Setup.

This hierarchy uses the “Manager” column of the “UDF”. It is the standard reporting structure which can be found on the Organization chart. Every person with a direct report is the Planner and will be responsible for recommending salary changes for his direct reports.

Here is an example on how we can configure the route map for Standard Hierarchy.Below is the set of employees for whom we would be configuring the hierarchy.Bobby Morena, Janet Wise, Michael, Paul Steve and Tom report to Carla Grante. And Carla Grante reports to Reilly Francis. 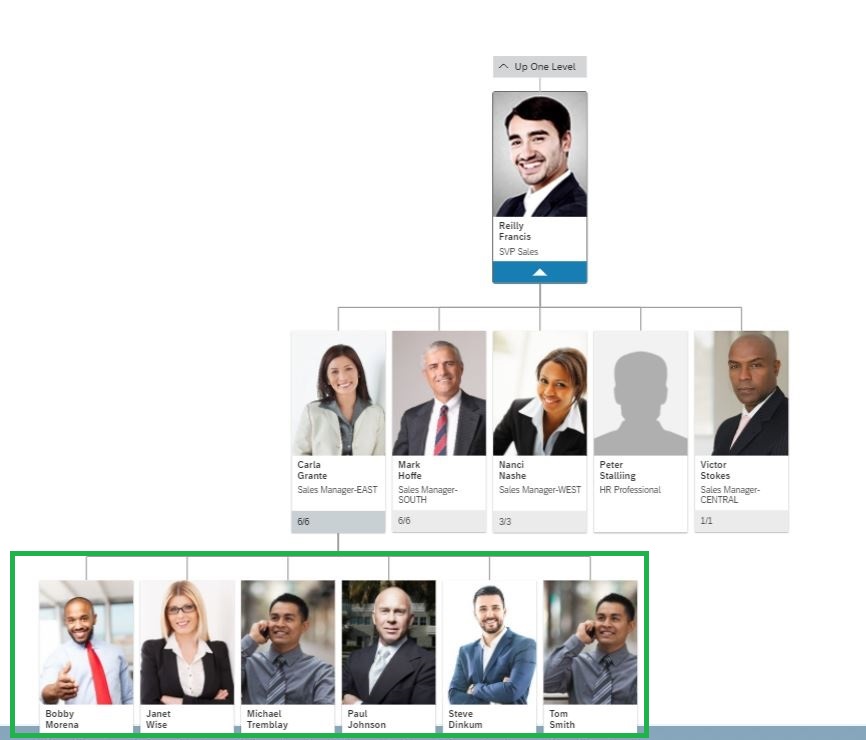 The first step would be the direct reports’ immediate manager’s approval. This is configured using the role Employee (E).

In the next step the form is routed to the 2nd level manager (i.e., the manager’s manager) which is configured using the role Manager (EM).

When the compensation worksheet is launched, the form will first reach the inbox of Carla Grante and then to Reilly Francis who is Carla Grante’s Manager.

Route maps for compensation uses the “E” role specifically for users identified as Compensation Planners, unlike in Performance Management where “E” refers to Individual Contributor.

This hierarchy is used when the compensation planning is independent from the organization changes/or managerial movement. It uses SECOND_MANAGER (a specific) UDF column, which determines the compensation planners (or who the employee’s manager will be for the Compensation Process). The system creates a separate hierarchy from the organizational structure. Using the SECOND_MANAGER column, each planner is assigned his/her direct reports.

In the example below the planner in green is responsible for a group that he doesn’t directly manage. (The same set of people as in our previous example) 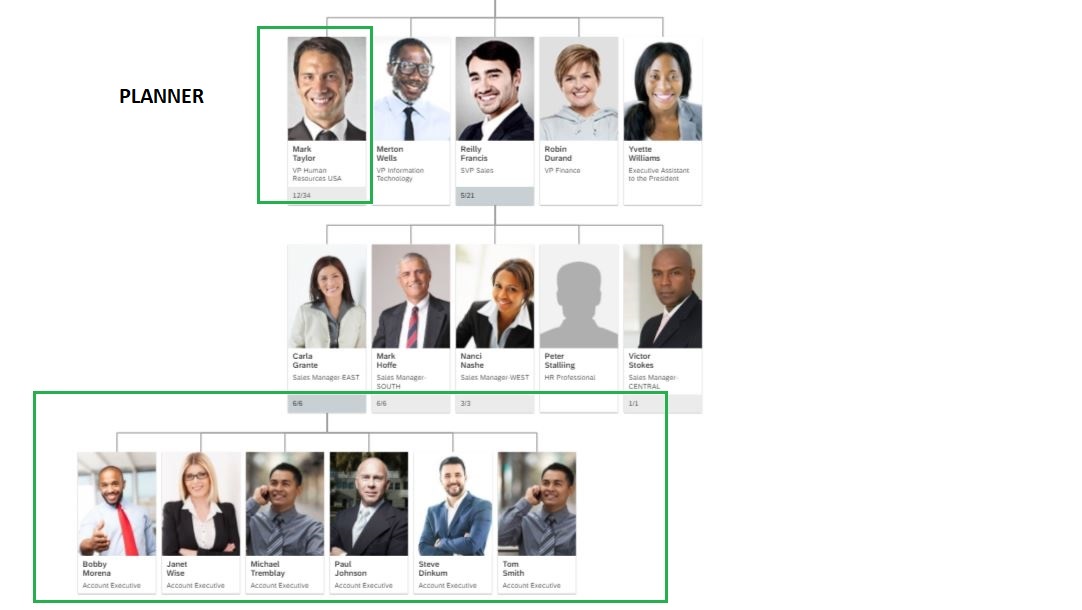 The same reflects in the UDF as:

Here Mark Taylor is the planner and his USERID is mapped in the SECOND_MANAGER column.

In the above Route Map, the form would be routed first to the Second Manager’s approval even though the Employee role is selected in the route map. This is configured using the role Employee.

In the next step the form is routed to the Second Manager’s Manager which is configured using the role Manager. (Here the form will move to Sarah Davis as she is the manager for Mark Taylor) 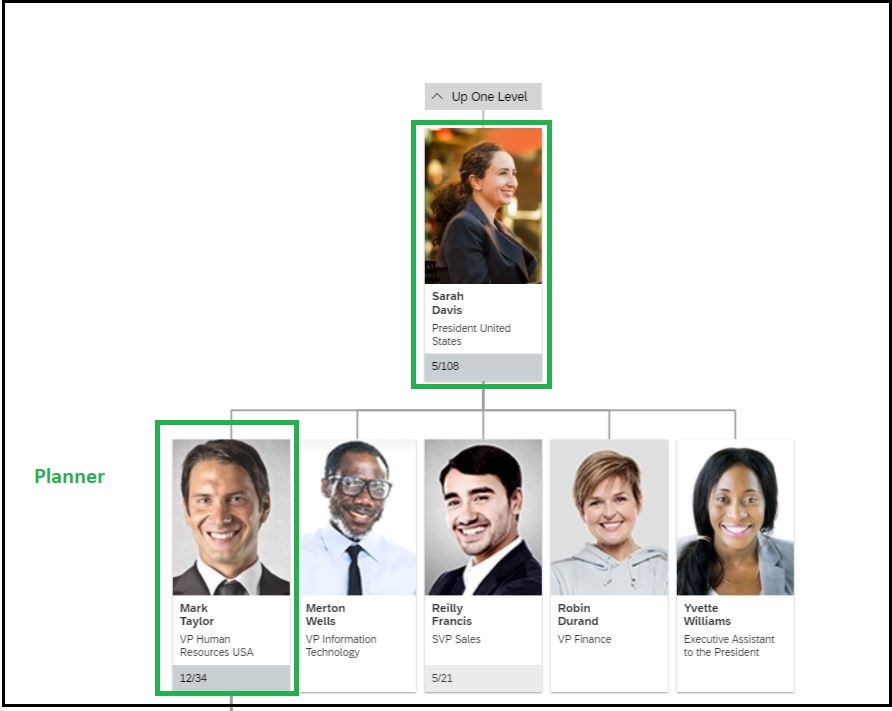 If you want to use Custom Roles in Route Map, ensure that you use the role value as E (second manager for whom worksheet is created), EA (second manager of E), EAA, and so on.

In some use cases the compensation planning is not performed by the direct managers but by higher level management, such as senior managers.

Compensation planners can be defined both in the UDF and in the admin interface. 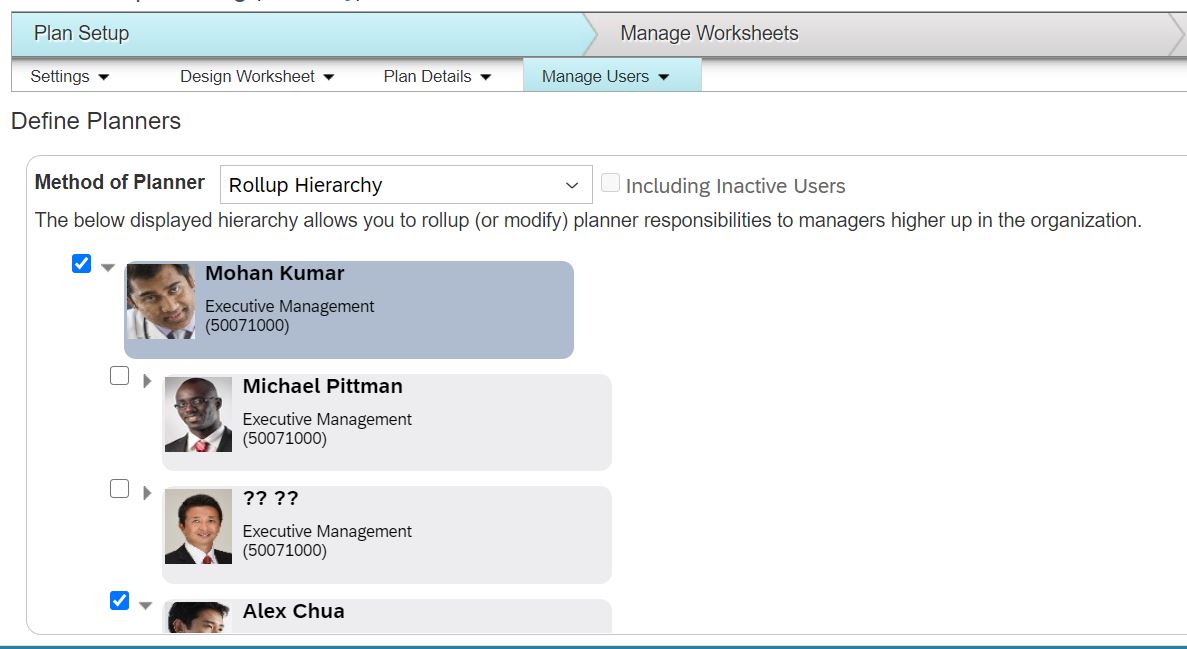 In the above scenario since Mohan Kumar and Alex Chua are selected as a planners.

Now Alex Chua has the responsibility for planning for Gabriel Lee and Antonius Hendry’s direct reports as well, they are rolled up in Alex Chua’s compensation worksheet.

This can also be achieved in UDF, by adding a column in the UDF, COMPENSATION_PLANNER_XX, where XX is replaced with the template number. Planners will have “TRUE” in this column and they will have the forms created for them.

Following is an example on how we can configure the route map for Rollup Hierarchy.

The same set of employees as in our previous example.

Here Sarah Davis is the planner, she will be responsible to plan for Reilly Francis, Victor Stokes, Nanci Elizabeth, Mark Robert Hoffe, Carla Grante’s and their direct reports.

The same would reflect in the UDF too. Where “COMPENSATION_PLANNER_1200” (where 1200 is the “template_ID” or Form ID) column will have “TRUE” for Sarah Davis and “FALSE” for the employees who will be on this form.

When the worksheet is launched, the form reaches Sarah Davis as she is the Compensation Planner, and then it moves to Sarah Davis’s Manager, Elieen Amos.

SAP SuccessFactors Compensation supports the above hierarchy methods and each one has its own advantages and disadvantages.One should choose a hierarchy method that best suits the customer’s requirement and also helps in optimizing the process.

Great post Safeena, it is always something that takes a long time to explain in workshops, it's very useful to have it documented here.

Thanks a lot, Xavier.

And then just a few added links that are relevant:

I always advise customers to strive for simplicity and transparency in all they do.

With Employee Central and Rollup Hierarchy you do not have simplicity and transparency because the hierarchy is not visible in the employee profile nor in a visual organisational chart. And the method relies on CSV import files where you have to update every single employee and perfom lots of manual checks to avoid errors. The person doing the import needs to have full permissions to all users, and know what to touch in the import file and what not. The person needs to make the update fast because the data could have been changed (eg. a users status could have been changed; I know you only have to import very few UDF fields). And all this has to be repeated every year and only once per year - meaning people tend to forget, and then they have to rely on external partner support. In a +10,000 headcount company this is always lot's of hard work. Of course it is good for a consultant who has work to do, but it is not necessarily good for the company.

By using the regular org hierarchy you have the advantage of high data quality and you also tell the good message to managers that they are responsible. By telling managers "you are a manager, but you cannot make salary decisions" you are not empowering them. That is another reason.

My experience with compensation planner is that it is used to handle special cases where not every line manager should conduct salary planning. By using the compensation planner hierarchy you have the advantage of visual control of the planner in the employee profile, something the rollup does not have. The data quality is generally lower and you have to make more checks prior to form launching, but at least you do not have to wrangle data in excel and send out via emails etc. to validate - it is all in the secure boundaries of the system.

The capability to actually use rollup hiearchy together with EC only came in Q3-2018 release (if I remember correct) so it has also not historically been a widely used feature. Personally, I have never had a client use it over the past 13-14 years

I have a question regarding the Compensation Hierarchies.

The routemap is consisted of first manager and second manager. Is it also possible to add more like third or fourth manager if our customer wants it customized?

In addition, some employees who are team leaders who does not need a second manager. The standardized process of SAP SuccessFactors is leaving the second manager blank. However, can we also assign the same person in first and second manager?

ps. All the documents discuss the standardized process of the hierarchy. But when we are actually implementing in customer's company, there seems to be a lot of exceptional cases.

Hi Safeena Begum , I created a new Tag "Compensation Customer Success" for SAP Blog articles that can be particularly helpful for our customers. I believe this post you made could be very helpful to many customers or prospecting customers, in case you want to add it ! 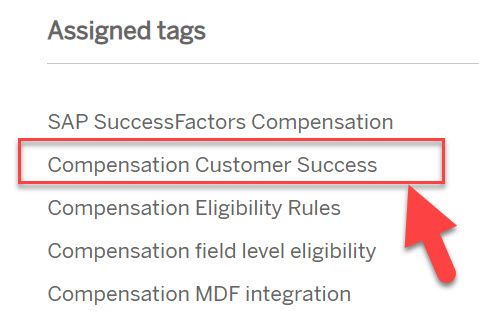 What should be mentioned in MANAGER coloumn for head of the heirarchy in standard suite heirarchy?

For the head of the hierarchy in standard suite, "NO_MANAGER" should be mentioned.

On integrated scenario between EC and Compensation, which steps are required for seting up this option:

This hierarchy is used when the compensation planning is independent from the organization changes/or managerial movement.

I requiere to setup an independent planner from organizational hierarchy.