Being a Programmer – Part 1

Inspiration – what inspired me to be a programmer?  What continues to inspire me?  What makes being a programmer exciting and fun.  To understand that, you would have to understand the time period where I was learning what was possible with computers.   I will start at the beginning and work my way through my ultimate decision and what it means to me.

This of course, is just a start on what I wanted to share.  As I started to write, I found myself writing more and more.  I was making this blog post exceptionally long.  For this blog – it will be my inspiration, and challenges as the world continued to grow and change.  Some of you will find my path familiar and some will wonder what I am talking about.

So here is the series that I want to do:

My first of many big decisions:

What do I want to be when I grow up?  That is what I thought to myself as I was going to the end of my Senior year of High School.  For me, it translated to what do I enjoy doing?  Well, I love to ride and train horses,  I love to travel, I liked math and English, I liked “programming” in my one class that was available, and I had no idea what I wanted to do.

I had to make a list.  Horses were out.  It was not a practical job.  I loved riding horses, and knew I wanted to continue.  That meant I would have to make good money.  Travel, a travel agent was a possibility.    But I wondered how reasonable that was too.  I settled on programming.  It was creative, it was fun, it was what I could see myself doing.  I was so excited with a click of my keyboard; I could create something!!!  A something that someone else would use and of course love!

My Next step was to see my guidance counselor and talk with him.

The day of the appointment approached, and I felt happy about my choice.  I was in for a big setback.  My counselor was a member of the quill and paper club.  In other words, he did not like computers.  He told me that by the time I graduated college that all the computers would be programmed.  Sadly, I went back to my list.  There really was not anything on the list that would work for me.

I started working.  My first job was at Burger King.  That of course, did not pay much.  My next job was at a bank as a person to help in the office.  Then I worked as a bank teller.  As I was working as a bank teller, I decided that I had to go back to school.  The bank offered to pay for courses.  I took advantage of it.  I decided I would be an accountant.  Yes, that would be a good choice.  I liked numbers.  I continued working as a teller during the day and going to college at night. Then I found, much to my dismay, debits and credits were opposite for the company and the bank.  It took a lot to finish that class.  But that class did involve some simple programming.

I had found what I wanted to do when I grew up, again.  I wanted to program.  In order, to do that I would need to go back to college.  I was so very lucky.  My parents were both working at good jobs.  However, my mom would have been able to go further with a degree.  With that in mind, they offered to pay for my college if I stayed at home and went to local colleges.  Of course, I agreed.

Out of college and ready for the first “real” job:

I learned the skills I needed in college.  I thought I would never have to learn anything again.  I knew it, and…  That was not really what I thought.  I would like to say it worked that way.  However, I would have really been bored.

The day came when my company moved to SAP.  I had a lot to learn again.  I had to learn ABAP.  Back then if you could spell it, then you were an expert.  I had to learn to move from green screen programming to windows.  Ctrl-C and Ctrl-P were the first thing I learned.  I no longer felt as technical or secure in what I was doing.  I was bombarded with new technology.  I learned SAP Script while working on converting to SAP.  I was now moving down a technical path and not analyst.  That was good back then.  There was just so much to learn.

I learned the different tools and finally found a new site.  It was called SDN.  It was a place where I found more information.  I found others who helped.  It was an amazing find.  I still did not fell as technical.  Not nearly as technical as the people there.  However, I was learning and that was all that mattered.

After some time, I felt like a full-fledged programmer again.  It was amazing.  I had learned basically all the parts that I needed to develop great solutions.  I learned about the “functional” side of SAP.  I had worked on configuration.  I was back to setting up meetings, proposing solutions, and still programming.  I was technical again!  I was a programmer.

I have so many more times that I was learning different things and examples of changes in technology.  Changing in the SAP technology where I had found a home.  I was a programmer and for the most part, I really enjoy what I do.

So back to the first paragraph that I wrote.   What inspires me?  Learning, having fun, and excelling at what I do.   Creating a “thing”.  A program that is being used and usually updated.  A “thing” that people will like and will save time / money.

Do I love my job all the time?  No, at times I hate it.  But for the most part, I jump out of bed.  I am pretty happy to be living the dream that I had way back in High school.

Wrapping it all up in a bow:

Programming is amazing.  It is changing and evolving every day.  Everything will NEVER be coded.  There always will be something that needs to be done.  I started working with RPG on a green screen.  That would be strange now.   SAP itself has evolved and programming now does not look like programming when I started working as a customer with SAP in 1997.  I am still on the customer side.

It inspires me to be involved with a community where we all have a something in common – SAP.  I love the fact that I have millions of friends out there with different skills that I can draw upon.  A million might be a stretch, but a lot of friends that can help.  The SAP Community is amazing.  So many people are willing to help.  It inspires me to know that I am not that lone programming down in the basement trying to figure everything out by myself.

Please join me – you do not have to be nearly as “wordy”.  Please leave a comment about what inspires you to program. 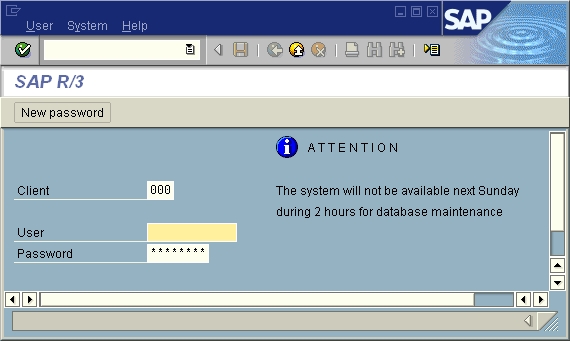 Interesting story, Michelle! I'm looking forward to the next installment.

My "origin story" is different since it was still USSR when I graduated from high school. I didn't need to pay to study at the University but I had to pass a competitive exam in 3 subjects. The competition was about 10 people for 1 available spot. In the Math test, we got one of those "train leaves from point A, another train leaves from point B" questions. So one dude raises a hand and asks the professors in the room whether the wind speed needs to be considered. I almost laughed out loud immediately and thought he was trolling. But everyone took this very seriously and the exam was paused to investigate this detail. That moment I realized that I was in a wrong crowd, so I dropped from the competition and the next year applied for a different program that was a mix of Economics and CS.

There was also no unemployment in the USSR, so some of my school friends just literally walked into a random office and got a job. But my dad put me to work in a computer lab at the same University. I was very unhappy to be separated from my school buddies (in my defense, I was barely 16 at the time) but in the end, it worked out very well.

Interestingly, in my early career, my ambition was to be in some top management position but now I have no desire whatsoever to have anything to do with management and would rather remain in technical line of work. How the turntables turned. 🙂

Yes, I went through a stage when I thought management was for me.  That really didn't work out like I had envisioned it.   😉  Yes, I jumped ship for a short time and then came back stronger knowing that the technical area was where I wanted to be.  Technical lead = cool.  Project Manager = not very much fun.

Yes, I'll be writing the next ones soon.

Very personal information - thanks for sharing! 🙂 I really like this part:

"I had to learn ABAP. Back then if you could spell it, then you were an expert. I had to learn to move from green screen programming to windows."

And about this part:

"I no longer felt as technical or secure in what I was doing.  I was bombarded with new technology."

Same situation here. Still today. Next big step for me is ABAP and cloud technology. Guess how I feel? 😉

Perfectly grounded and understanding everything out there, right?  Sorry my humor gets the best of me sometimes and I had to write that.   Thank you for letting me know as I consider you one of the "techies" that I know.  I am not alone.