In this series of blog posts, we are going to cover few interesting concepts about messaging and streaming in general and streaming capabilities available in SAP Data Intelligence.

In this first blog post, I would like to share my understanding of streaming and messaging. I would also touch upon the messaging and integration capabilities of Apache Kafka in SAP Data Intelligence context.

This blog series of two parts is going to cover the following topics :

*Before we jump into streaming and messaging service in SAP Data Intelligence, let’s get a brief overview of SAP DI.

Now that we have an overview of SAP Data Intelligence, let us try to understand Publish-Subscribe pattern and what are the different ways it can be implemented.

What is Pub/Sub pattern?

In a Publisher (Sender) – Subscriber (Receiver) model, the Publisher does not send the message directly to Subscriber, thus the publisher and subscriber are unaware of each other’s existence.

The term “message” can be any type of data which needs to be transferred from a sender to a receiver. A message may be an error event, delta records from transactional systems or real-time data from IoT devices. 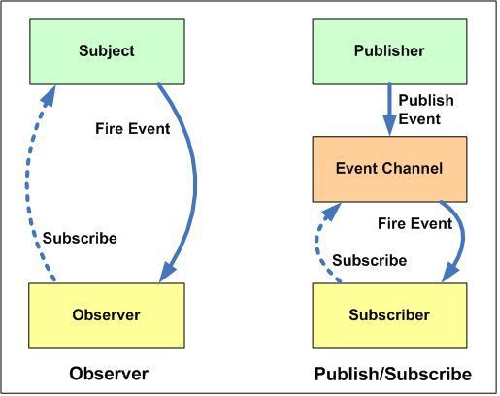 The publisher publishes its message to an event channel and the subscriber, on getting this message publish event, reads the message from the event channel.

There are multiple modifications to this pattern, implemented by different technologies, but the core concept of decoupling the sub-systems and separation of concerns remain the same.

Now that we have some overview about the Pub/Sub pattern, let’s explore the two most common implementation of the same – Message Queueing and Message Streaming. 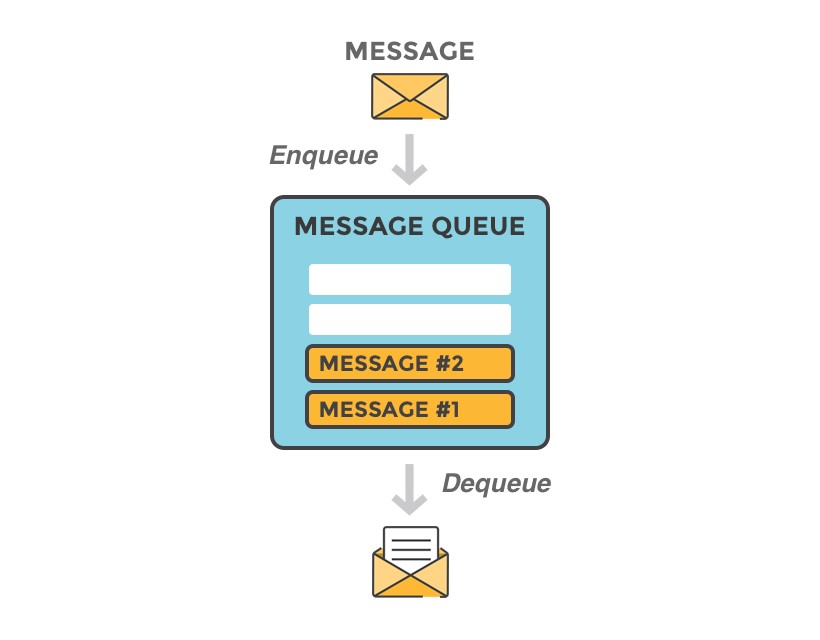 In Message Streaming system, there is a streaming broker which acts as a distributed append only logs file. Every new message from the publisher is appended to the end of this persistent log.

In contrast to Queueing as these logs are persisted, one message can be sent to one or more consumers. Simply put – any consumer who subscribes to this log file can access these messages.

In a Message Streaming service – the subscriber has the capability to move inside this log file and get the logs (messages) from any point and start reading from there. Apache Kafka is the most common and open source streaming technology. Amazon Kinesis provides a similar service.

As we know, Apache Kafka is a distributed streaming platform. Kafka runs as a cluster on one or more servers that can span multiple data centers. The Kafka cluster stores streams of records in categories called topics. Each record consists of a key, a value, and a timestamp. 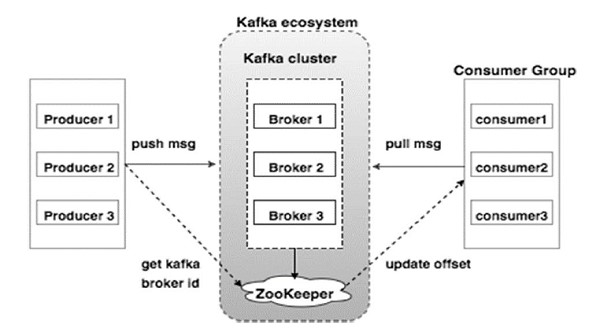 At a high-level Kafka provides the following guarantees:

The following are some key concepts and terminologies in Kafka :

The major use cases of Kafka can be broadly visualized – as a messaging system, as a storage layer and as a stream processing service.

There are different APIs pertaining to the above three use cases provided by Kafka. In Data Intelligence SAP has delivered Kafka Producer and Kafka Consumer operators. If we have a Kafka server in place, we can connect to the broker using connection management (SAP has delivered a connection of type Kafka). After this connection is established we can use a producer or consumer operator in SAP Data Intelligence modeller to orchestrate our dataflow.

Pros and Cons of Kafka

In order to use Kafka in SAP DI, we first need to create a connection to our Kafka cluster. 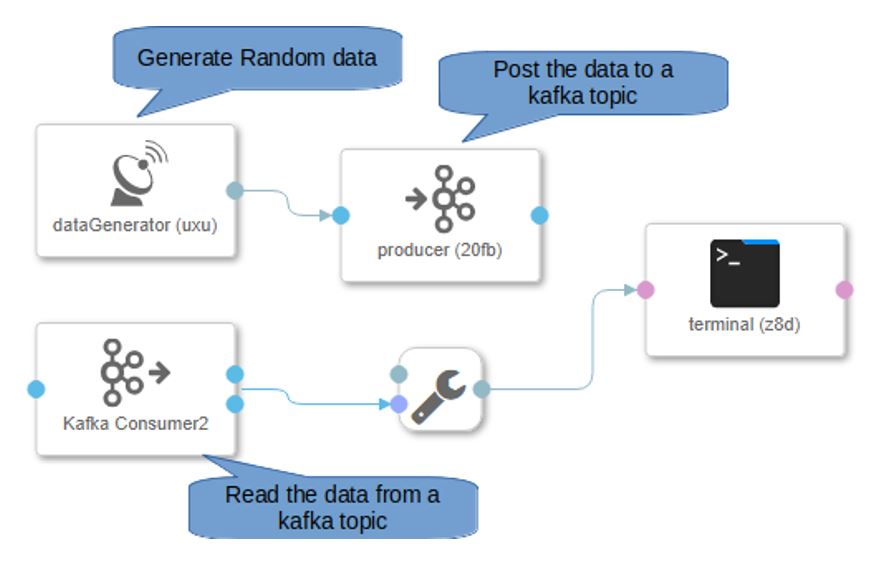 We can configure the producer and Kafka consumer operator according to our need, following options are available for configuration in Kafka producer and consumer – 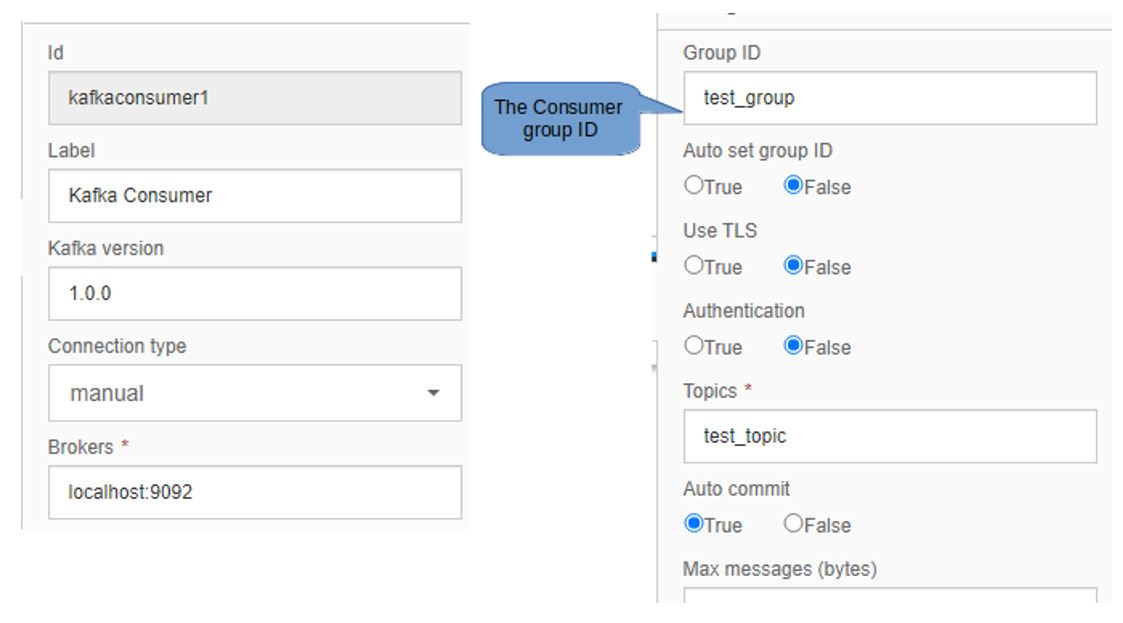 This blog post is written with the intention of providing a broader outlook towards streaming and messaging. I have tried to share my understanding on Kafka and how we can use that in SAP Data Intelligence. Please leave a comment below for any questions, feedback or anything you want to add. Hope this would be helpful in starting the SAP Data Intelligence journey. 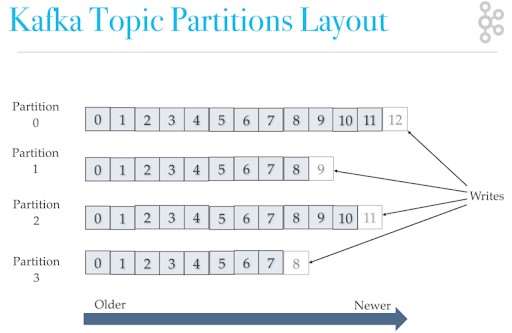 Do you know if there is a way to test the Kafka connection in DIC?

I tried to set up a kafka connection and had tried out a simple graph that consumes data from a Kafka topic, while we are facing issues where the graph when ran is in pending state for longer time and then it's dead with the following logs:

It would be helpful if you could guide us here.

I too same very similar issue .Did you solve it ?