The Govt of India has made it mandatory for companies which have an annual turnover of greater than 500Cr. to implement E-invoicing system, where every invoice you create in your ERP system has to be reported to the government. In additional to E-invoicing the E-Way bill is also clubbed in this process, which requires the deliveries to be associated with a valid electronic document

The API provided by the IRP(s), is the same and it involves multiple security mechanisms, like Token Generation, RSA / AES Encryptions.

The following depicts the Authentication flow from the Tax Payer to IRP. If there are errors they are reported, in simple text.

The following API services are available for consumption

All the services though follow the same data flow

The Problem Statement
Since the data flow provided by the Government involves lot of encryption, decryption it is required for your ERP system to provide the same. Most of the modern ERP systems might not have all the functionality of the encryption / decryption mechanisms, for example SAP uses either CPI or PI/PO to get the functionality of Authentication Token, RSA and AES Encryption to be processed.

Some of the GSP(s) provide the same API provided by the government, and might simplify things by requesting for text based JSON(s) and makes things simple. The GSP(s) also store the data on their systems , which can be used for further reporting. This can be both advantageous and dis-advantageous because now that the data is being stored by a third party (Other than you and the government), you need to worry about another point of your Enterprise data  being leaked.

No Data is stored on the system, which means the data is stored in your ERP system and then at the Govt. Since the call is a HTTPs based synchronous call, there is not need of maintaining the data in a queue.The data provided by the ERP is validated with a JSON schema, and then forwarded to the service. We have also simplified the services, so that authentication and calling of the services are merged in one single call. 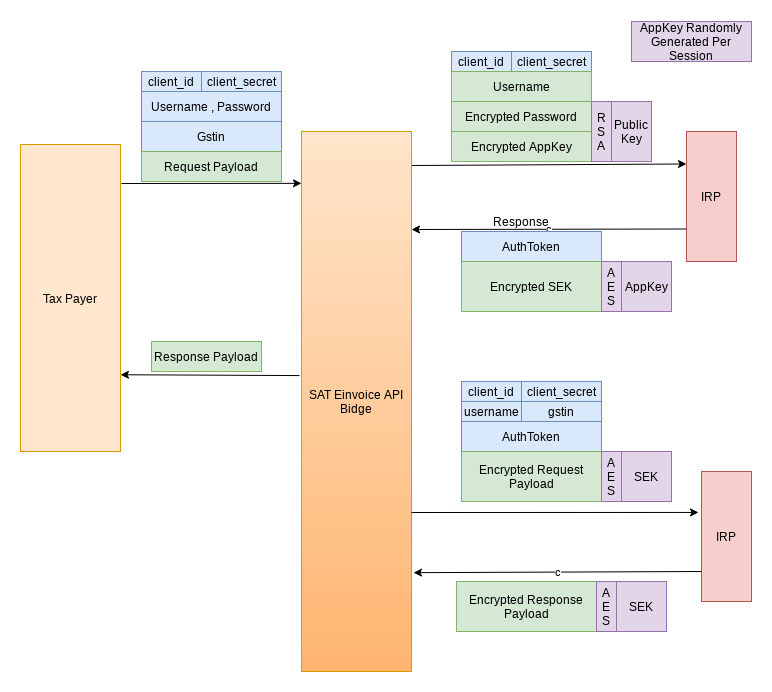 The Bridge is available in Docker fomat, and can be established within your SAP Application Server, and also can be maintained automatically (Updates to the Container), with a pull from the Docker HUB.  (https://hub.docker.com/r/cosmo83/sateinvapi)

Thanks for the blog and details. The approach is great.

We have a similar requirement where we are calling third party api that calls the govt portal to generate irn numbers.

i got error when i generate AUTHTOKEN for E invoice. what should i do??