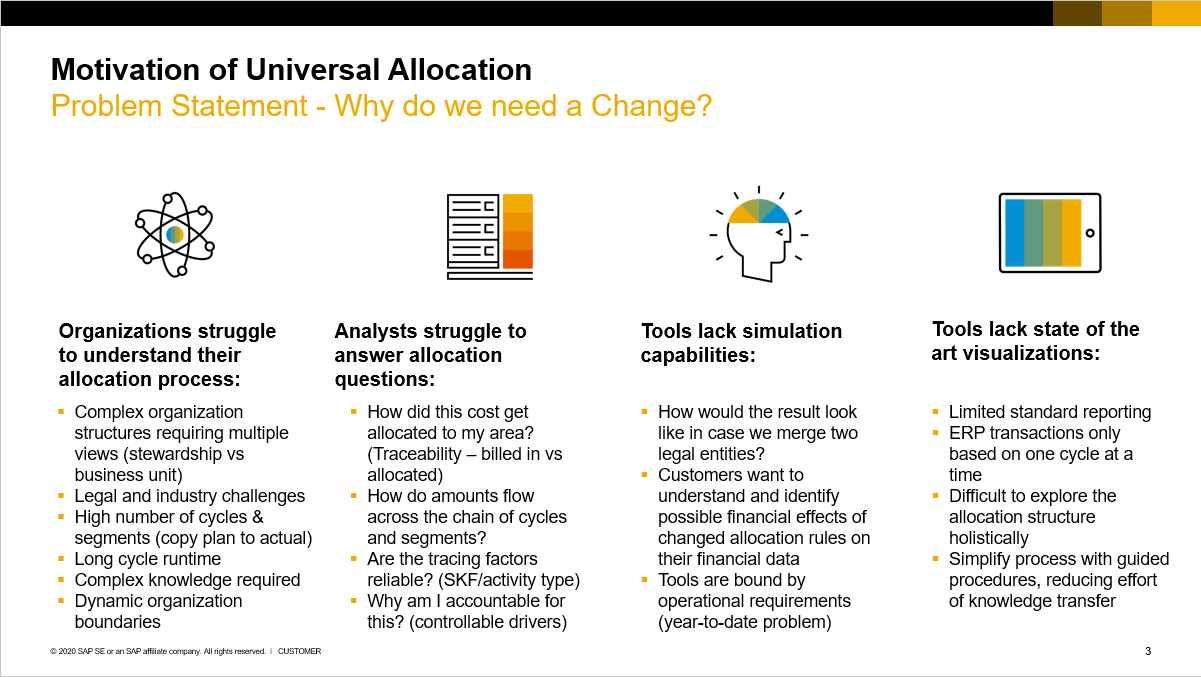 Before going into the details, let’s have a look at motivation of Universal Allocation. As you can see above slide, companies struggle to oversee their complex allocation process and have difficulties to analyze the result. It’s challenging to get a full traceability and clear understanding on how specific costs are allocated through their specific area of responsibility. As a result, there’s a necessity for state-of-the-art visualization for both the allocation process as well as the results after the execution. In addition to the overall need for a process transparency and results traceability, today’s companies need the ability to simulate how would the results look like by changing allocation rules on their financial data. As you can see above slide regarding “Our Vision of Universal Allocation”, the overall aim is to simplify Allocations by combining various capabilities under one umbrella providing a single architecture for financial and managerial Allocations, like Cost center allocation, Profit center allocation, Top-down distribution and so on. A combined approach for actual and plan including simulation capabilities and predictive data as well. Executing this commonly structured Universal Allocation is to include all required reporting currencies providing full traceability of the entire value flow.

With SAP S/4HANA 1809 on-premise, you could perform Plan allocation of Cost center by using 4 Apps (“Manage Plan overhead allocation Cycles”, “Run Plan overhead allocation”, “Manage Plan distribution cycles”, “Run Plan distribution”). These 4 Apps are SAP GUI for HTML Transactions. These classic transactions are available in the SAP Fiori theme to support a seamless user experience across the SAP Fiori launchpad (so called SAP Fiori Theme Classic UI). New Fiori apps are released with SAP S/4HANA 1909 on-premise and so it is not necessary to use 4 Apps available from S/4HANA 1809 on-premise. Margin Analysis is currently available for Top Down Distribution of Actual data. 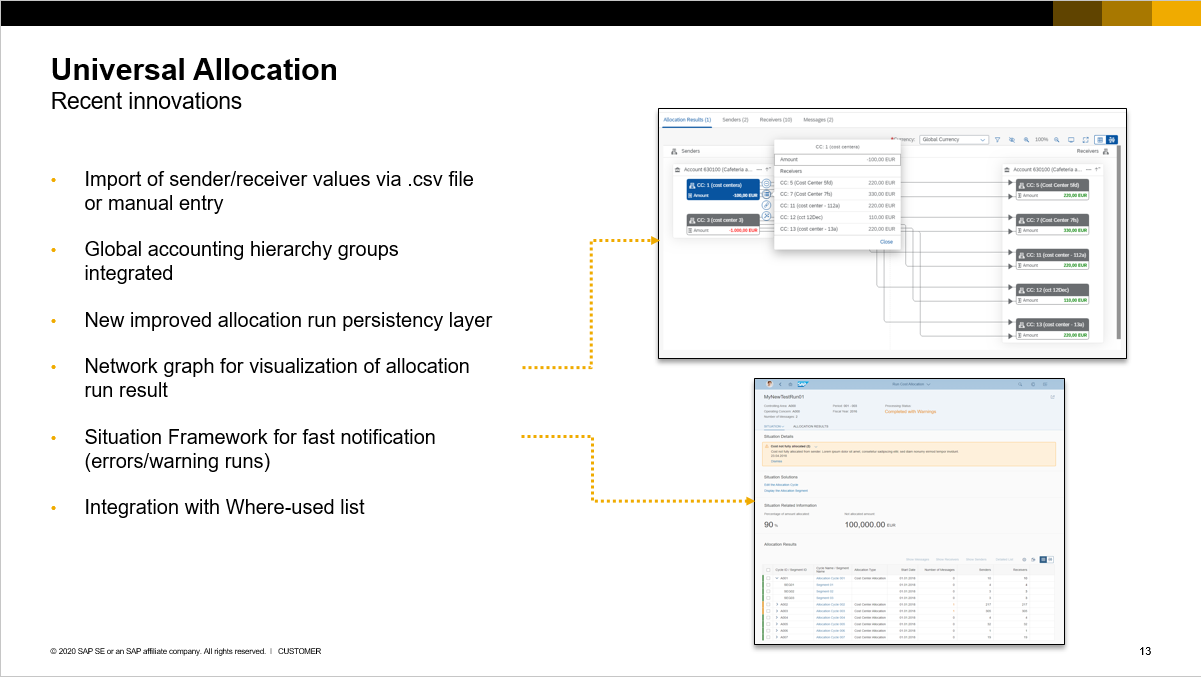 As you can see above, recent innovations are listed. 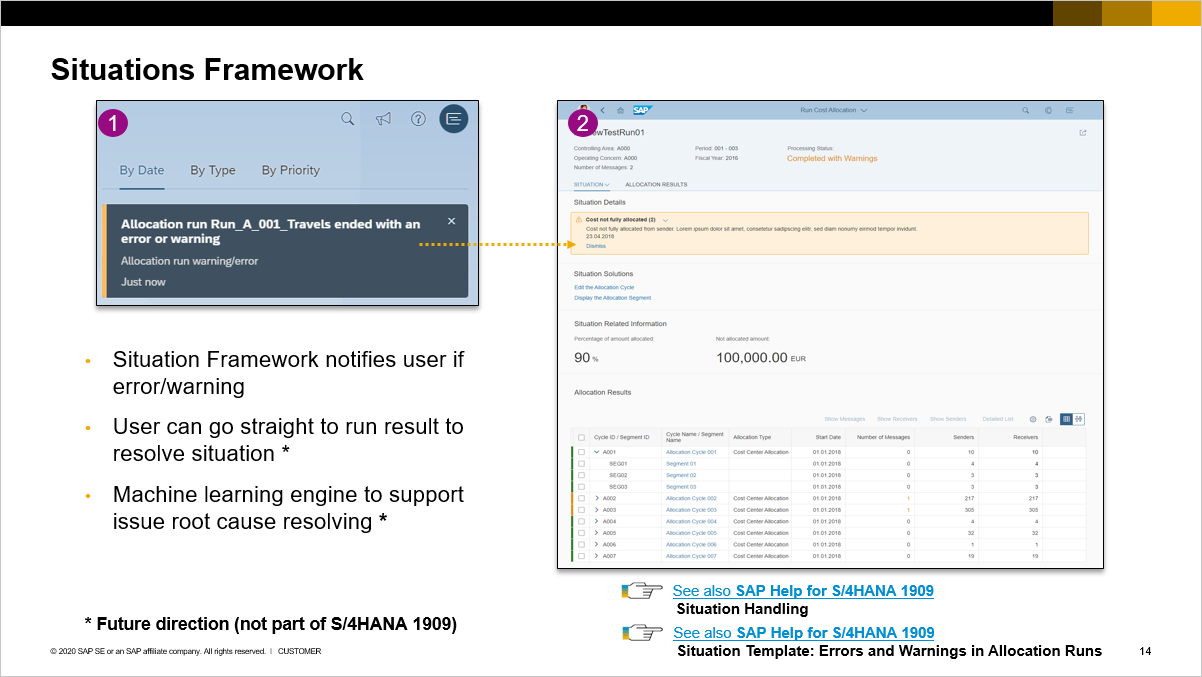 Finally, I would like to thank experts at SAP for their support.