This blog will explain how to use Microsoft Power Apps with SAP Work Manager to allow for entry of forms data that needs to be associated to a SAP work order number.

Prior to the implementation of mobile applications and devices, paper forms were the norm for most field technicians.  SAP Work Manager allows technicians to process SAP PM orders on a mobile device but does not provide a method for the structured entry of non-SAP data such a form.  The information can be recorded in the long text of the order, but this method was not satisfactory as it was difficult to search for the information and allowed room for fields to be missed.

As a result, many paper forms remained even after the deployment of the SAP Work Manager mobile application.  We introduced a simple solution to allow for the replacement of paper forms with digital data entry with a loose integration of SAP Work Manager and Microsoft Power Apps.  The form data is now entered on the mobile device, associated to the SAP PM order number, but stored in SharePoint lists.

The solution described below was built using the Office 365 cloud-based software by Microsoft.  Single sign-on with Office 365 had already been implement which eliminated the need for our users to sign-in separately to the Power App described.

Power Apps is a low-code solution from Microsoft that allows users to build custom applications.  Form entry applications can be built easily in Power Apps with validation options to ensure the required data is entered before it can be submitted.  The home screen on our Power App has the various forms that can be entered or displayed: 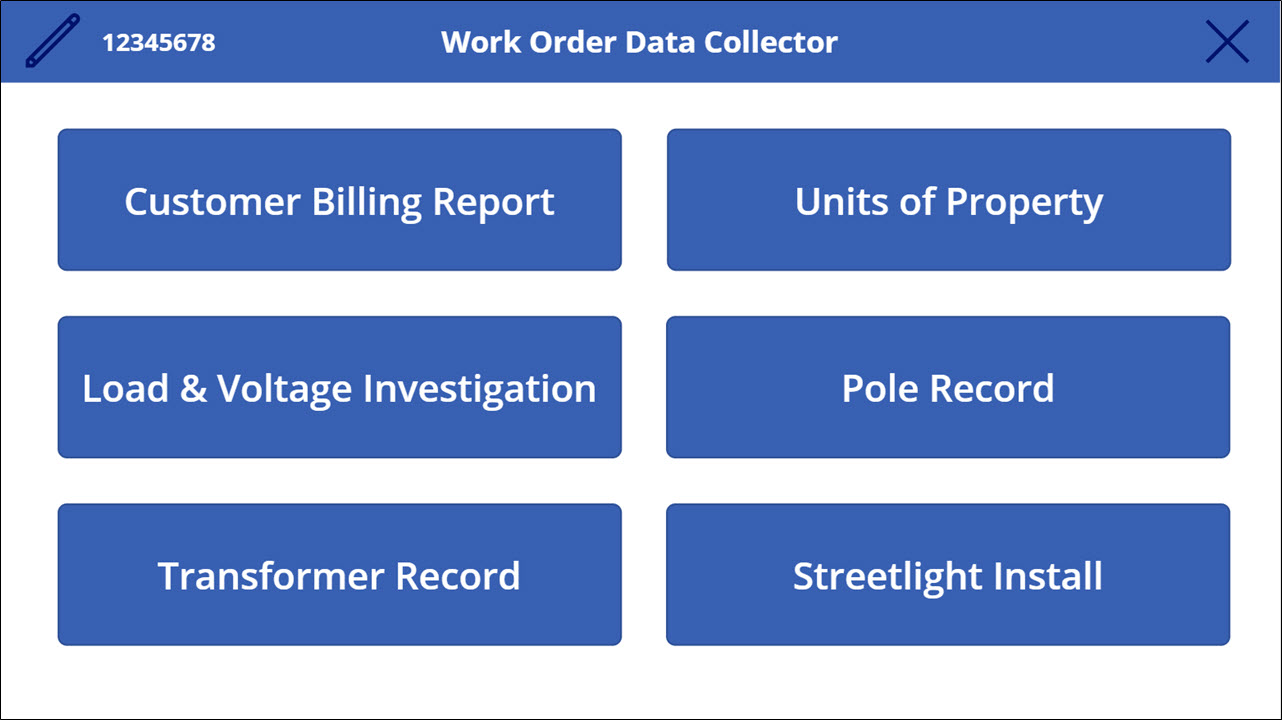 Before the user can access the Home screen to enter or display forms, they are required to have an order number, which is 12345678 in this example.  Using parameters in our link from Work Manager, the user does not need to enter this number manually (more on this later).

The user selects the form they wish to enter or display.  The Power App searches to see if there is an existing form and will display it if it is found.  If none exists, it will navigate the user to the new form entry screen: 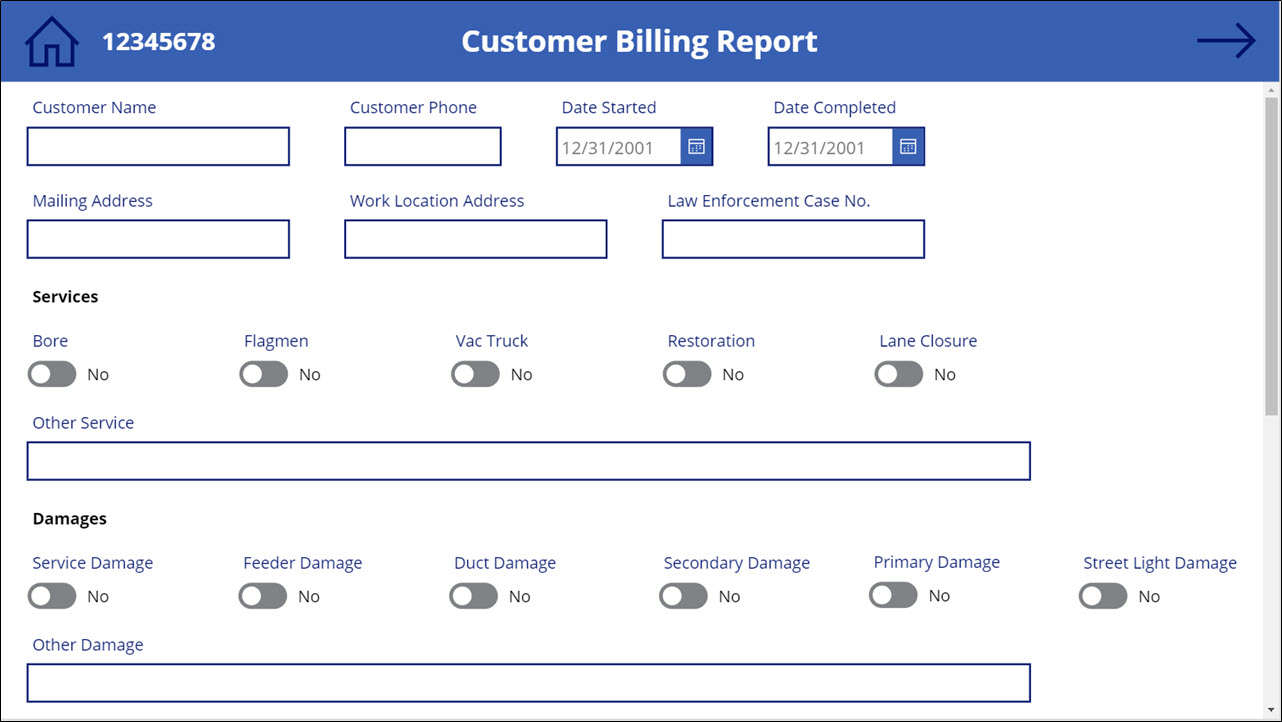 Forms can be created to allow a single entry or multiple entries per order.  The various form screens can also be built to allow the user to update existing forms.

This allows the user to click a link such as https://apps.powerapps.com/yourappnamehere?OrderNumber=12345678, the Power App would see that the order number is 12345678, store that number in the orderNum variable and navigate the user to the Home screen.

Each form then would set the Order Number field in the SharePoint list equal to the orderNum variable so every form would be associated to the SAP PM order number, all without the user having to enter the order number!

A dynamic link is then added to the order in Work Manager that sets the OrderNumber parameter to the order number for which the user has open.  If a user is viewing order number 10379213, the link would be https://apps.powerapps.com/yourappnamehere?OrderNumber=10379213.  Multiple parameters can be passed in a URL, this is done by separating them by an ampersand (&).

The link was made configurable by client, Plant, Order Type and Maintenance Activity type.  This allows us to only make the link available on the orders for which it should be used.

I would like to know more about the power apps and sap connection.