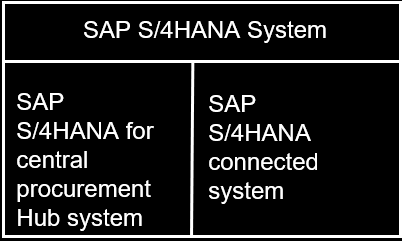 What is SAP S/4HANA for central procurement hub system?

SAP S/4HANA for central procurement hub system is the system where the companies procurement processes / Data are executed  / Consolidated centrally in location and this software is delivered as an addon to SAP S/4HANA OP and  in SAP S/4HANA cloud it does not require any addon installation as its delivered based on scenario subscription.

How to align the procurement process which is executed locally in S/4HANA after the installation of central procurement addon?

SAP S/4HANA HUB system can also be used as the backend/Connected system, In order to enable the communication to the same system.

SAP S/4HANA OP HUB system can be used also as a backend system with the required addon installation mentioned in the note below and configure the required points as per requirement in the setup guide.

All views expressed in this blogs are my own, it may also subject to change

Many thanks for your blog

It's more helpfull for me

Please refer the community page help link for the details

Thank you for the all detailed information about Central Procurement.

Is it possible to implement Central Procurement hub system on top of ECC? Is S/4HANA a prerequisite to install CP?