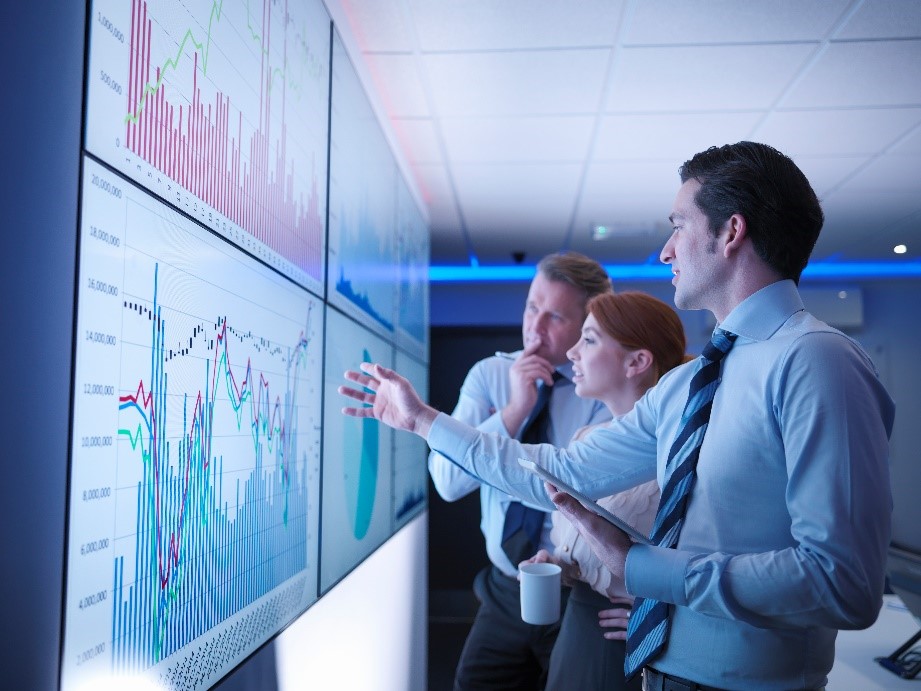 This blog replaces the previous blog I have written about Regression in SAC Smart Predict because we improved the algorithm since wave 2021.03 for fast-track customers and for Q2 2021 QRC releases for QRC customers.

Regression is used to estimate the value of a measure. For example:

I’ll start with an explanation of the questions addressed by regression. Then, with the help of a use case, I’ll explain the technique used by Smart Predict to build a regression model, then guide you on how to evaluate this model before taking the decision to use it.

Which questions? Which data?

SAP Smart Predict regression is useful to answer to questions of this form:

I want to make clear in your mind the difference between a time-series forecast and a regression because, for both, the target variable is a measure, and this can be confusing.

In a time-series forecast, we try to predict the value of a measure whose values are time dependent. Most of the time, the algorithms analyze the curve composed from the values of the measure taken at different time. For example, SAC Smart Predict breaks down this signal in elementary components: trend, cycles and fluctuation. Then it combines these components to predict what will be the future values of the measure.

In a regression, the notion of time is not necessary. Each row of the historical dataset represents an entity described by a set of variables. In a regression, we try to predict the value of the target of a new entity based on the values of the other variables.

SAC Smart Predict generates a predictive model from historical data. This data represents a view about your application domain, and of course the predictive objective you have. The application domain is described with contextual information and in the case of regression, with a numeric measure. It is necessary for you to select: 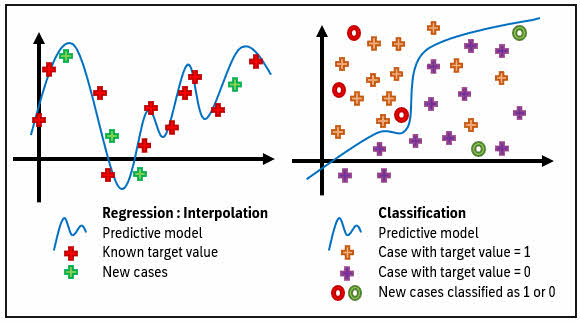 A regression finds the best formula so that when there is a new case, the formula provides an estimation of the value of the target variable which is numeric. Classification is a specific case of regression but where:

To support explanations given during the next sections, I have chosen a use case that’s easy to understand. A sales manager wants to have a dashboard that presents sales revenue estimation for the next 6 months. The objectives are to have an idea of:

Depending on the results of these estimations, our sales manager will refine the sales process and will put the focus on the most promising opportunities. At the end, here is an example of the dashboard he would like to have. 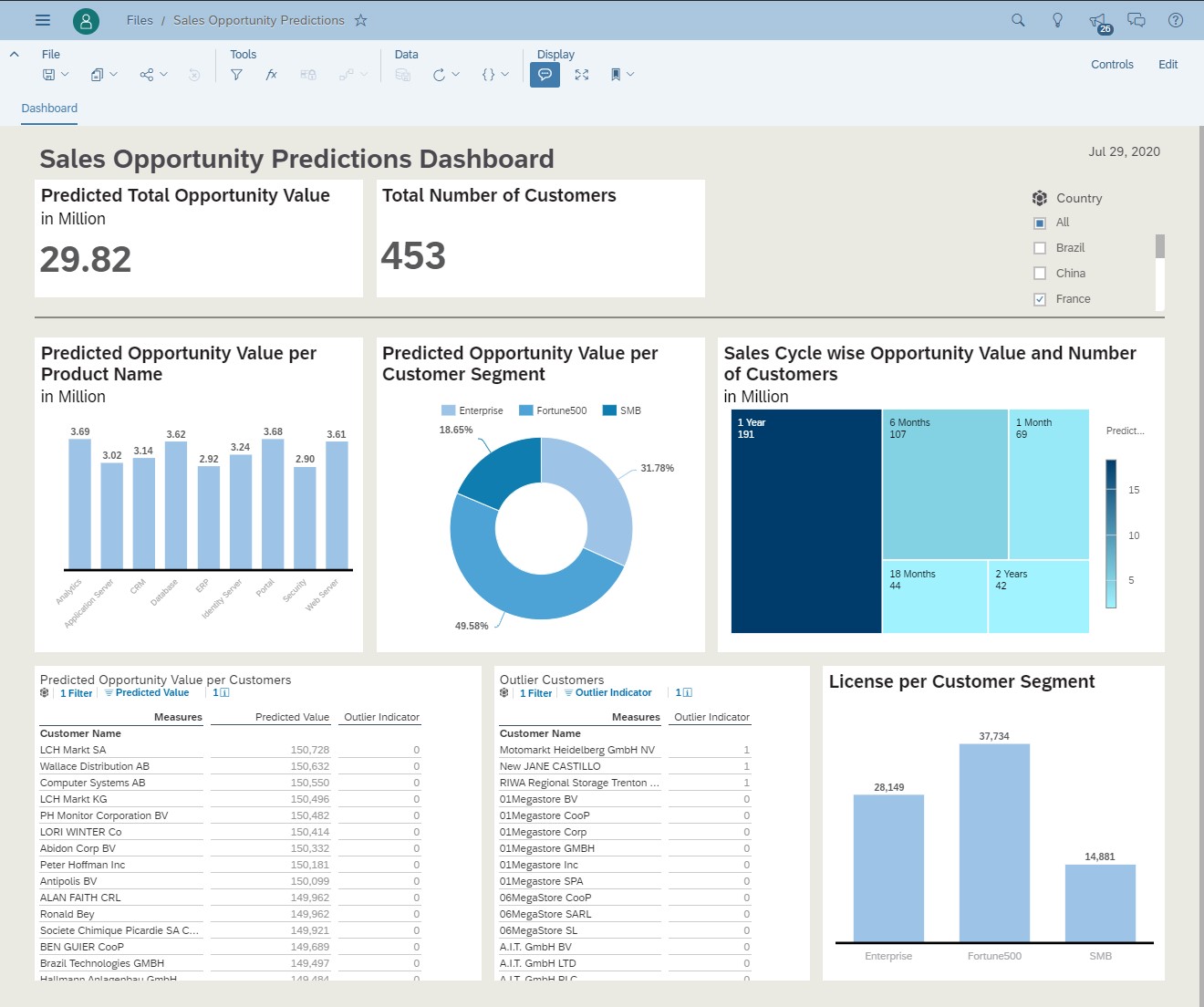 Fig 2: Example of story showing estimation of the revenue of coming opportunities

This dashboard is based on the predictions provided by SAC Smart Predict. These predictions are obtained from the description of win opportunities in ongoing quarters. The training dataset has 4546 rows and 18 variables to describe the opportunities. There are several kinds of variables: 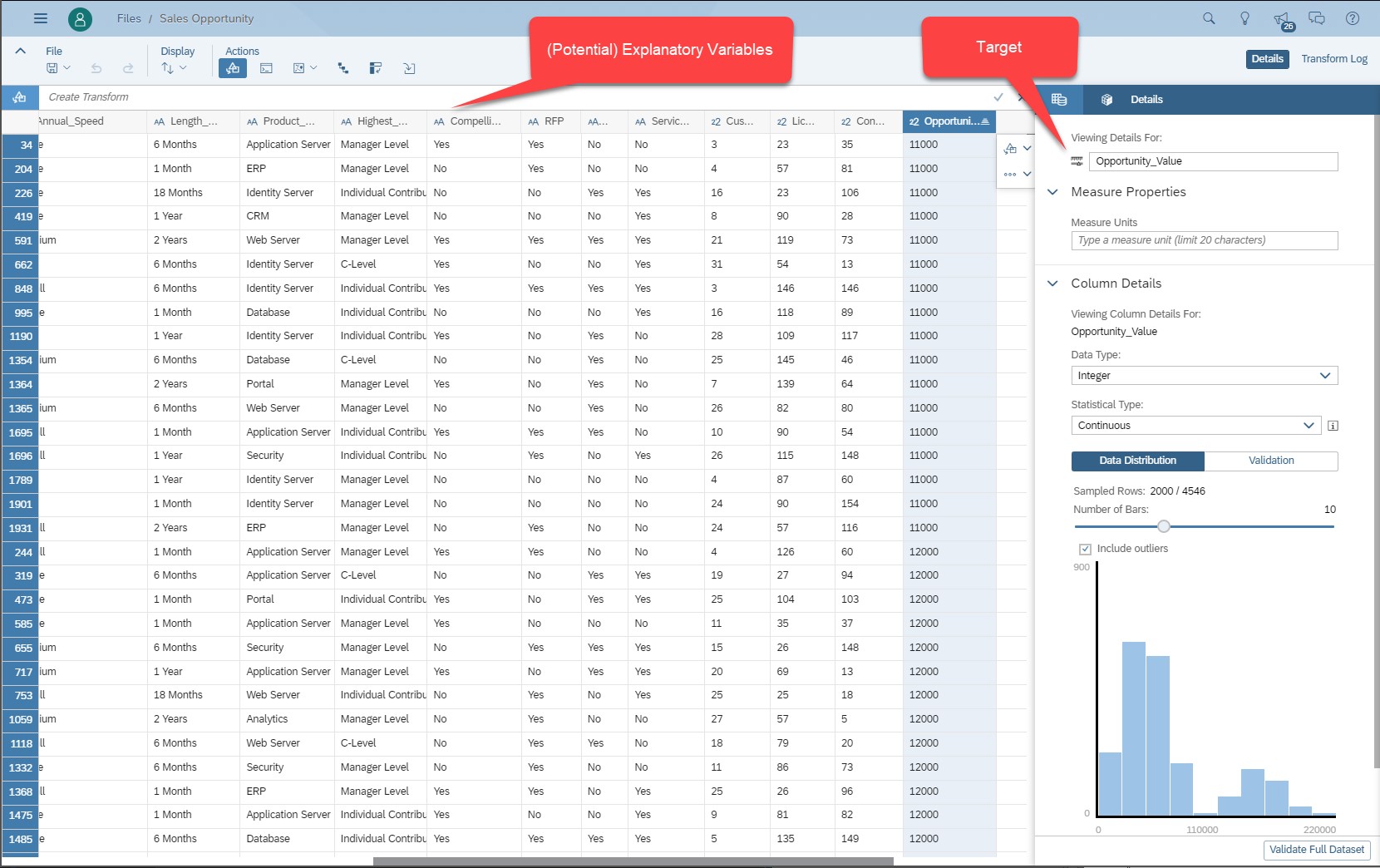 Fig 3: Dataset of the Sales Opportunity use case

Understand the outputs of a Smart Predict regression

When you are in SAC, you start with the creation of a predictive scenario. You choose a regression and give a name to the predictive scenario. When you mention the training data source, during the training process, Smart Predict assigns randomly 75% of cases for the estimation dataset (dataset from which the predictive model is built) and the remaining 25% for the validation dataset (dataset used to calculate the performance of the model).

The target is the numeric variable “Opportunity_Value”.

All variables can influence the target. SAC Smart Predict calculates this influence. We will see that in more details in a next section. But what if there is a variable I want to exclude for whatever reason? To do this I would go to “Influencers” section of the setting dialog. Here I choose to exclude “Customer_ID” because it is an ID which does add any relevant information.

Generally, there are two kind of variables to exclude: IDs and variables which are correlated to the target because they bring the same information and don’t explain it. The predictive model shows them as high influencers because the target is directly deduced from them. A best practice when a variable is shown in the debrief with a very high influence, is to check that this variable is not correlated to the target. If it is, exclude it and rebuild the predictive model. 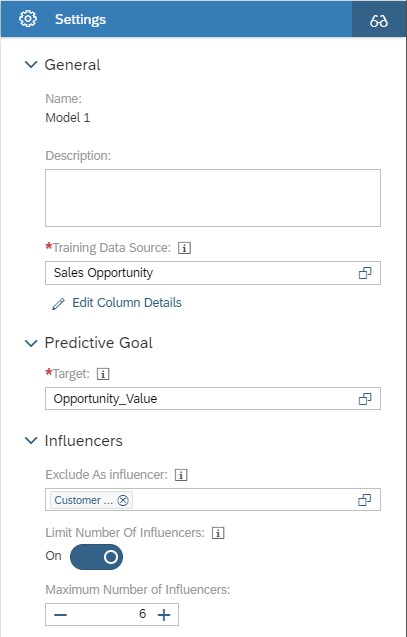 Fig 4: Settings of the regression model

Once settings are complete, I save, and I train the model. To see the progress and the main indicators, I display the status pane at the bottom of the screen.

Fig 5: Status of the regression model

If you compare information displayed in the status of a regression with those of a classification, the Prediction Confidence appears in both. This indicator measures the robustness of the predictive model or its ability to reproduce the same detection on new data. It is computed the same way in both cases, and I redirect you to the blog about classification to get details.

The quality of the regression model is measured by another indicator: The Root Mean Square Error (RMSE). It is a statistical indicator which measures the average of the square difference between values predicted by the predictive model and actual values of the target for all cases of the validation dataset. The formula of the RMSE is:

The smaller is this difference, the better the quality of the predictive model is.

Compared to the old method, there is an increase of the RMSE of 25.14%. This means that the quality of the predictions will be better as well as the probability associated to the predictions.

Debrief information of a regression

The debrief of a regression contains two views.

The overview recalls the global performance indicators explained just above. These are statistics about the target to get an idea of its distribution. This combined information allows us to estimate how good the predictive model is. 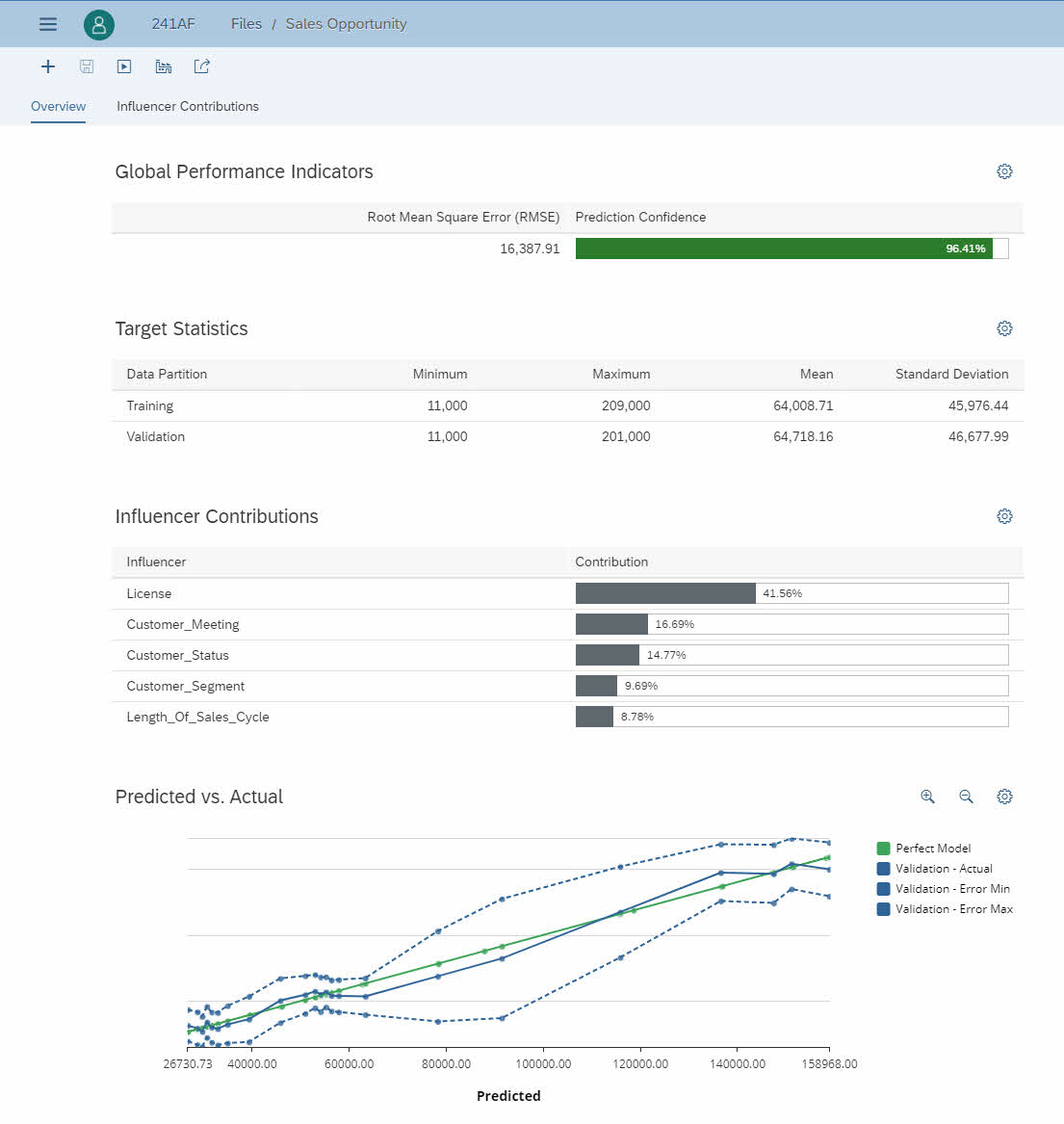 Fig 6: Overview of the debrief for a regression

For our use case in figure 6, the RMSE is 21,891. The mean of the target is around 64,000 for both the estimation and validation dataset and standard deviation is around 46,000. We can say that the quality of the predictive model is pretty good; Its robustness is above 95%, and thus is also very good.

The graph of figure 6 shows the predicted values versus the actual values of the target variable. There are 3 types of curves.

The population of the validation dataset is split into 20 intervals which roughly represent 5% of the population. A dot on a curve represents the segment mean on the X-axis and the target mean of the Y-axis.

How do we interpret these curves?

If these two curves match closely, the predictive model is good and can be trusted to predict the value of the unknown target.

Last case is when the two curves match a lot except on few segments. This means that the predictive model is good but can be improved. This could be because the cases under these segments don’t correctly cover the application domain. To remedy this situation, it is necessary to add new variables in the description of cases and to add new cases in the impacted segments.

The second view is dedicated to the influencers (see figure 7).

The first block recalls the contribution of the variables which have been identified as influencers. They are displayed sorted by decreasing importance. The most contributive ones are the ones that best explain the target. The sum of the contributions equals 100%.

The second block details how the values of a variable positively or negatively influence the target. In figure 7 below, SAC Smart Predict groups the values of the number of licenses into categories with the same influence on the target. Such a graph shows a lot of information, so I have preferred to explain in the red bubbles rather than writing a boring long text! A graph likes this shows a lot of information, so I’d rather present it with an image rather than a large block of text. Have a look at figure 7 below. From a business point of view, we can use this graph to conclude that the more licenses are booked in an opportunity, the greater is the revenue.

The third block shows how the categories of an influencer variable are distributed as a function of the mean value of the target and the frequency of either the training dataset or the validation dataset. 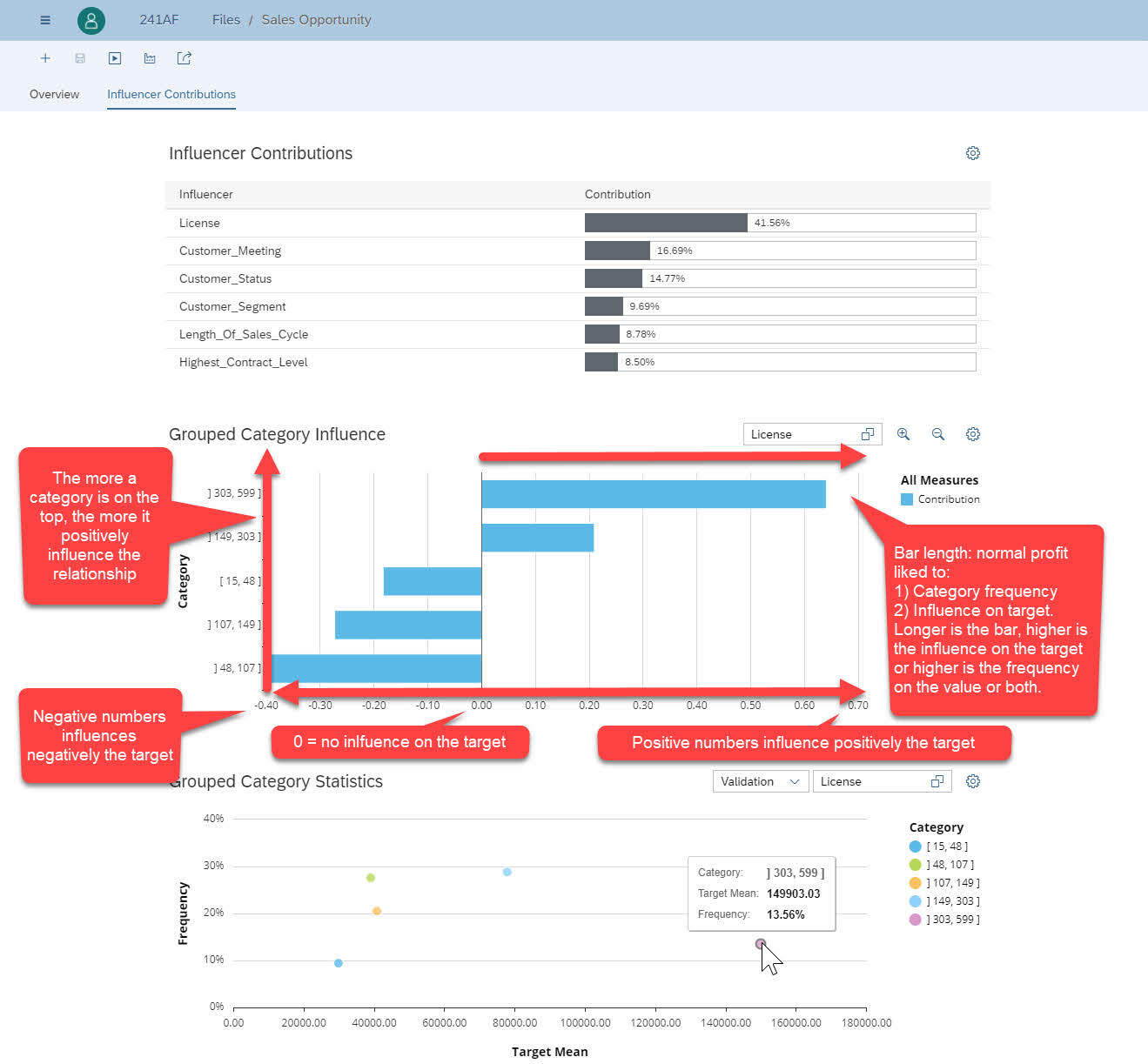 Fig 7: How the values of the number of licenses influence the opportunity value

Here for example, look at the biggest category of licenses. The mean revenue of the opportunities is 149,903 and this represents 13.56% of the opportunities of the validation dataset. The deals in the next category of licenses have a mean revenue of 77,812 but they represent almost 30% of the validation dataset.

Knowing which are the influencers and how they influence the target allows the user to discover new insights and gives guidance to make decisions to improve business.

Getting insights is good to understand the data better, but the primary objective is to get predictions when the value of the target variable is unknown. For the use case we’ve been using as an example, the objective is “What will my revenue be for my ongoing opportunities?”

Once a trustable predictive model is built, I select it, I click on the “Apply” icon and fill the dialog as shown in the figure 8. 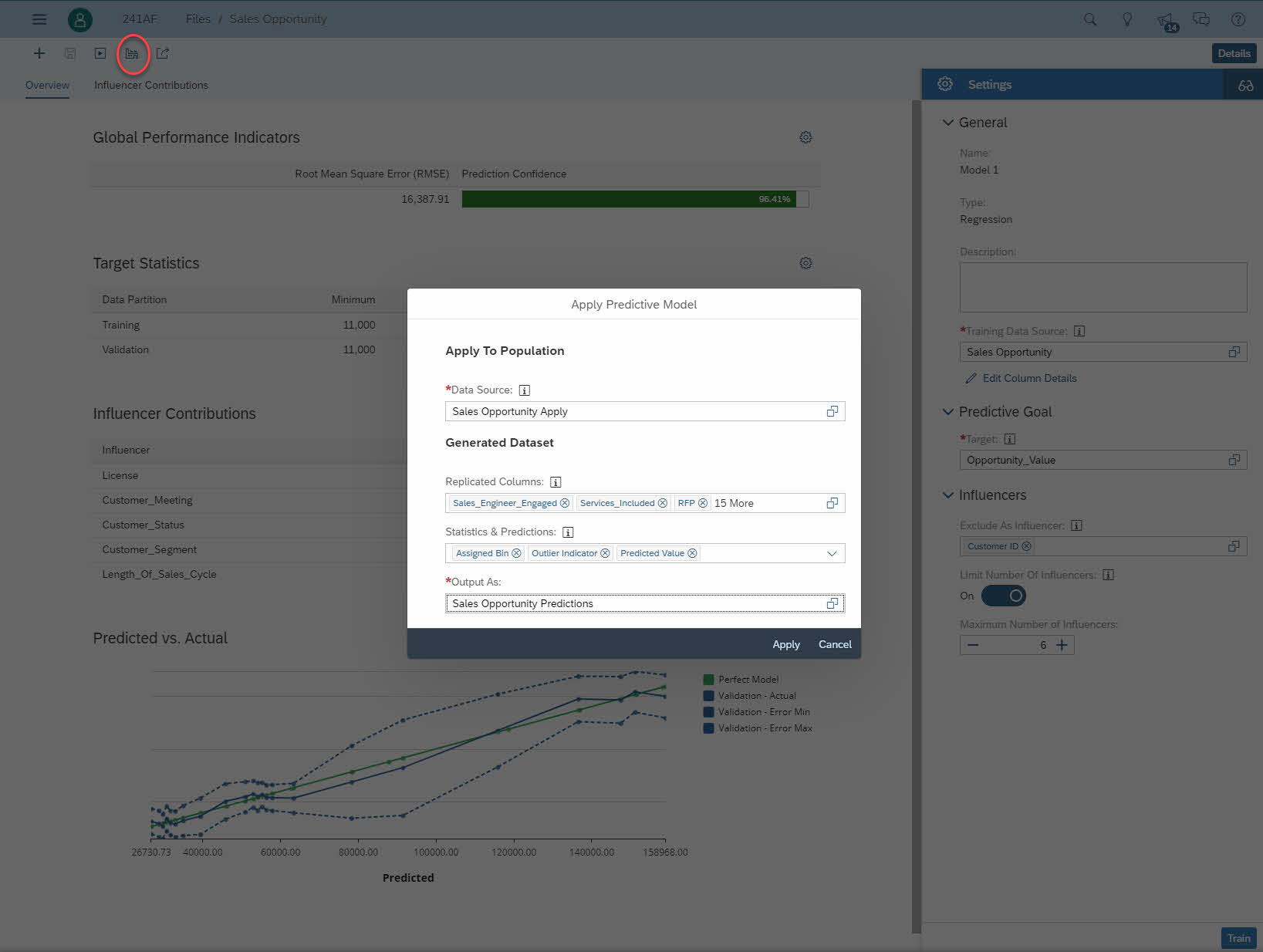 Let’s break this down a bit:

Once this process is completed, a message is displayed in the status pane.

In SAC, browse to the location where you stored the output dataset and open it. It contains all the columns set from the “Apply” dialog. At the end, there are the predicted values and the outlier indicator. 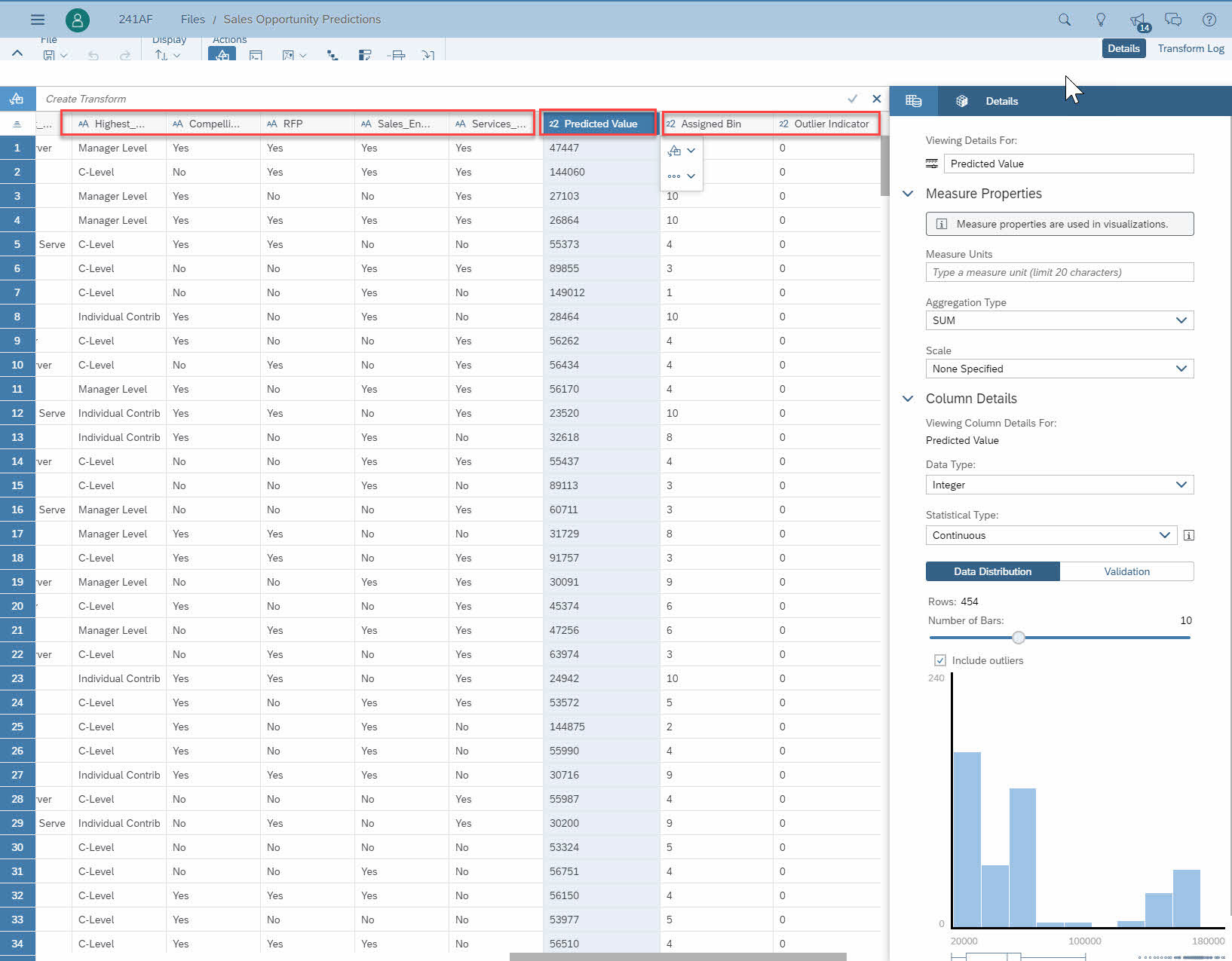 This output dataset now contains the description of new opportunities not yet successfully closed with an estimation of their revenue and an outlier indicator. We are now ready to create the BI dashboard shown in figure 2.

For those who have already read my blogs about Smart Predict Time Series Forecasting and Classification, my hope is that all these explanations have helped you, not only to understand how these predictive features are working, but also to give you a greater trust in Smart Predict.

If this series of blogs has contributed in your decision to start or continue with SAC Smart Predict, I’d be very grateful if you could leave a comment to that effect, and don’t forget to like it as well. Thank you.