SAP continues to update their offerings to further improve the user experience. While this is great to ensure our ERP systems have the greatest capabilities possible, it can be hard to keep track that our own systems are up to date. That’s why we put together a list of the SAP versions and how your business can learn more about which version you are operating.

At the highest level, we can differentiate SAP systems as either ECC or S/4HANA. The main difference between the two is the type of database they use.

S/4 HANA is offered on two different platforms: On-Premise or Cloud. Both products are very similar in terms of lines of business, coverage, and functionality.

Until 2020, all S/4HANA versions were named after the year and month that they were released (YYMM). For example, S/4HANA 1909 was released in September 2019.

To look up the version of your system, go to: More > System > Status > SAP System Data > Installed Product Versions. This will tell you the product name.

Technical folks may be more interested in the S4CORE Component version, which can be found nearby:
More > System > Status > SAP System Data > Installed Software Component Versions.

S/4HANA On-Premise also has several updates for each version per year. These updates will either be Feature Pack Stacks (FPS) for new features or Support Pack Stacks (SPS) for bug fixes.

The versions are outlined as follows:

SAP ECC (SAP ERP Central Component) This is the predecessor for SAP S/4HANA. As a result, ECC 6.0 EHP 618 is the final release since SAP expects customers will transfer their systems to S/4HANA. The “1” in the version number states that it is enabled for the HANA database.

To identify the version, check SAP_APPL component version in the system stack information.

The updates can be viewed in this diagram:

To look up the version of your system, go to: More > System > Status > SAP System Data > Installed Product Versions. This will tell you the product name.

Technical folks may be more interested in the SAP_APPL component version, which can be found nearby:
More > System > Status > SAP System Data > Installed Software Component Versions.

SAP NetWeaver (NW) is the underlying technology layer or software stack that ECC is built on. SAP NW can be used for custom development and integration with other applications and systems and is most commonly build using the ABAP programming language. As of 2019, the most up to date version of NetWeaver is AS ABAP 7.54.

The version releases are as follows:

SAP Fiori is the new SAP interface, which appears as a set of apps addressing the most frequently used SAP functions. Previously known SAP GUI transactions are now composed into Fiori apps that users can personalize using Launchpad to further improve the user experience.

On the development side, SAP user interface for HTML 5 (SAPUI5) is the collection of libraries that are used to build desktop and mobile applications. UI5 versions must be considered for Cloud only & On-Premise deployments.

To identify the UI5 version, type sap.ui.version in browser developer tools. From there navigate to the console tab for more information. 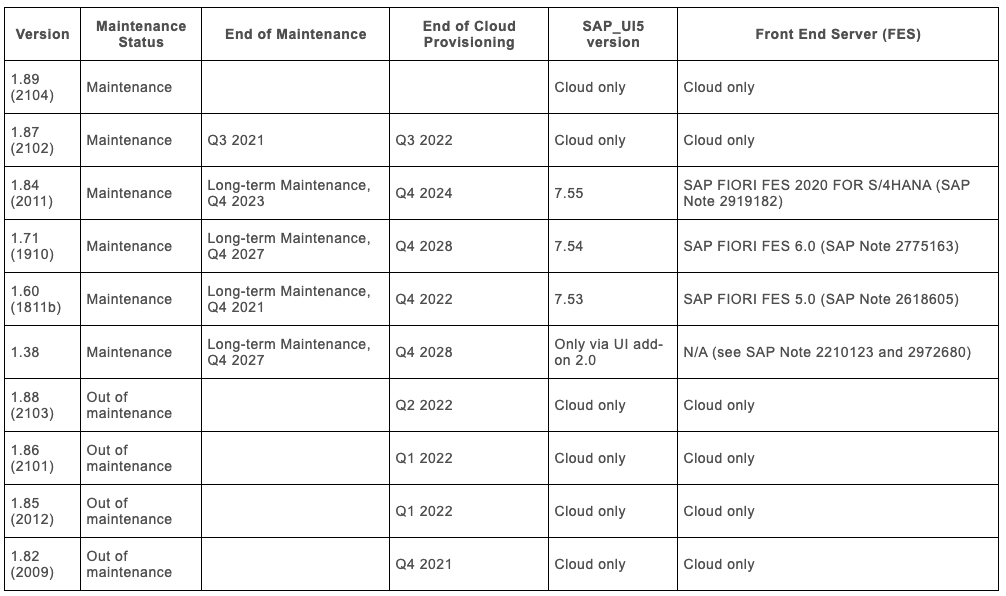 SAPUI5 is switching from a quarterly to a monthly cloud delivery via SAP Business Technology Platform (BTP). This means every four weeks a new version is provided for productive usage and version numbers will increase by one instead of by two. Additionally, every 12th version will become a long-term maintenance version.

It is important to note that only versions with long-term support receive patches for the duration of the maintenance.

Bug fixes will also be released in the next version. 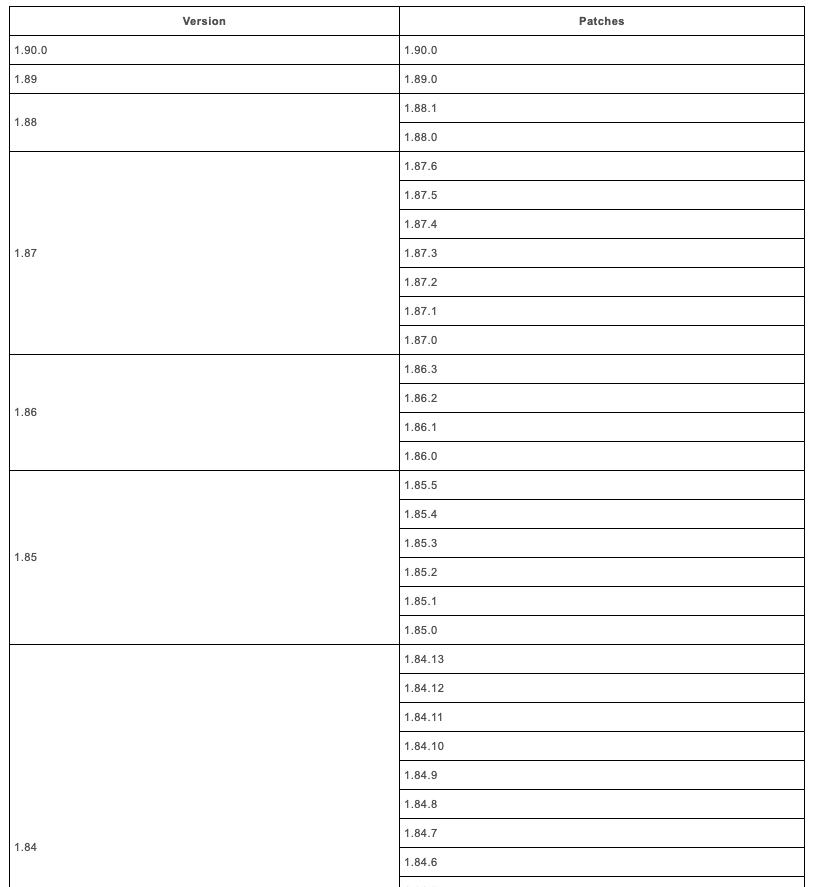 For help optimizing your SAP system or migrating to S/4HANA we encourage you to contact us today!

Could you please share the source of this information?

Idea is to show all the NW versioning in the same diagram. However, It has different flavours, like before NetWeaver, during NetWeaver (integration of all components like BW, Portal, KM, MDM, PI, Collaboration) and after NetWeaver.

SAP NetWeaver AS for ABAP 7.52 offers the foundation for SAP S/4HANA on-premise edition 1709,

SAP NetWeaver AS for ABAP 7.53 offers the foundation for SAP S/4HANA on-premise edition 1809,

SAP NetWeaver AS for ABAP 7.54 offers the foundation for SAP S/4HANA on-premise edition 1909.

But now, in the system stack information you won't see specifically as SAP NW but you will see the core components SAP_BASIS, SAP_ABA, SAPUI, SAP_BW carrying NetWeaver Versions to it like 7.50, 7.51,....7.54.

Hope I have clarified your doubt.

This topic is like a déjà vu to me.

In this article, Juan Tena  has mentioned :

“SAP NetWeaver Application Server for ABAP 7.52 is the last version of SAP Netweaver,”

Thanks Sumit for your comment. I have updated it.

l am new on the platform. My focus is on trying to learn SAP as  much as possible. l know it has its a huge ERP  and my dream is to eventually do SAP consulting. Where should l start from

You posted in to wrong group. However, you can still get a overall idea of what we have now in SAP today.

You have a question and need help by the community? Instead of posting here, it is more helpful for you, if you post your own question. Here is how to get started:

That’s it. Thank you!

That’s right David. I am aware of it but don’t want to mention until it is released. I will update once 2020 got released with updated version of this blog.

This is great stuff!! need to share lots of articles for the reader who like your blog and thanks for sharing your ideas and tips

Very nice.
Very difficult to find this explained anywhere else.
Thanks for sharing.

Hi Joseph. That blog only talks about front-end server. We are looking to upgrade the backend ECC to NW 7.52 at least. My question is can it be done, or any version after 7.50 is for S4 only?

Got my answer: No.

ERP users cannot go beyond 7.50, the bus stops there for them (at around 2015). If you want more functions (like CDS functions, Draft handling, etc.) that are only available in 7.52, you have to upgrade to S4.

Thank you Kee for your comments.

Hope you will continu to update it.

Thanks, Abdo, It's now updated

Very much explained in details ,the same i  am  looking for, as new to SAP

Thank you Manish. Hope it is helpful.

Very helpful and detailed.  Thanks for sharing!

It was informative and Helpful. Thank you

Very clear and insightful. Thank you for sharing!

Joseph - Very helpful. Thanks for sharing!

Adding a compatibility matrix of ECC-versions vs NetWeaver-versions might be helpful.