Configuring CTI screen pops to pass to the CTI Adapter

Hello all, I am the Customer Systems Architect at Hampshire County Council. I specialise in integrating web, email, chat and phone interactions into SAP systems and those of other vendors.

In this blog post I will explain how we dealt with posting CTI screen pops to the SAP Service Cloud CTI Client Adapter whilst maintaining a good agent experience and without CTI product customization.

A Screen Pop will usually involve the CTI passing a parametrized URL to Windows so that it will pop a new tab in a browser-based CRM.

This type of approach has two issues when configured to SAP Service Cloud CTI:

If using the CTI adapter

It may result in a new browser tab opening as below, which is not a good agent experience as they then must close the window

As described in other blog posts a deep link can be used to pop various objects in C4C, however using this process for CTI has two disadvantages compared to using the Adapter:

If you want to use the CTI Adapter and experience this issue, this is a possible solution which worked with our Skype for Business CTI installation:

Custom protocols are used in Windows to launch applications such as Excel, Word etc from web links.

2.    Modify the calls from CTI to use the new custom protocol instead of http

Modify the URL generated by CTI so instead of prefixing the calls with http:// prefix them with the new sapcti protocol. Example:

3.    Create a simple application to handle the custom protocol and call the CTI Adapter directly

In the above example the application is called CallC4C.exe and installed in 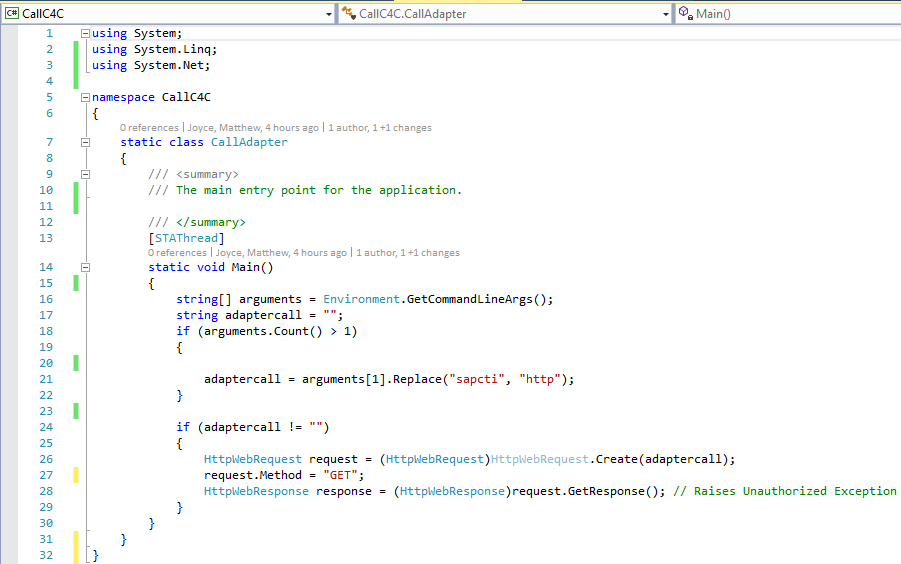 The configuration above will instruct Windows to pass URLs starting with sapcti:// to the CallC4C.exe application which will call the CTI Adapter directly rather than by popping a new browser tab.

If you face this problem, you may find your CTI vendor proposes a custom development to fix the issue. With a few simple steps as above most standard CTI products can easily be connected to SAP Service Cloud.

For my project also I am needing this kind of requirement.

And I have created and executed the registry file once.

Could you please explain me, what I need to do with this .Net code?