In a recent demo for a client, we were faced with a challenge where the client wanted to use the camera functionality of the device to capture and save an image. Since there are no in-built controls in UI5 to do so, I am outlining the steps that we followed to approach this challenge: 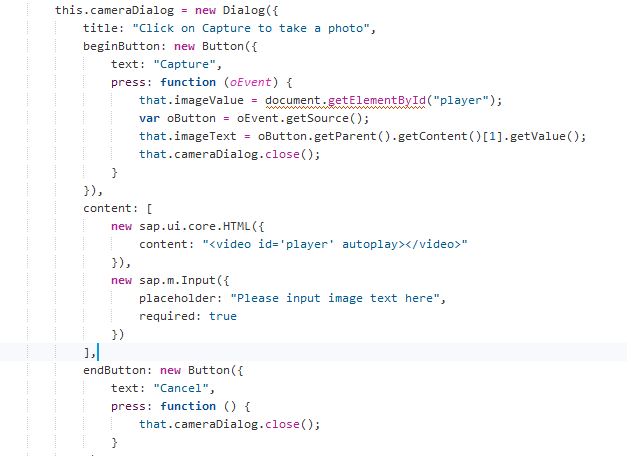 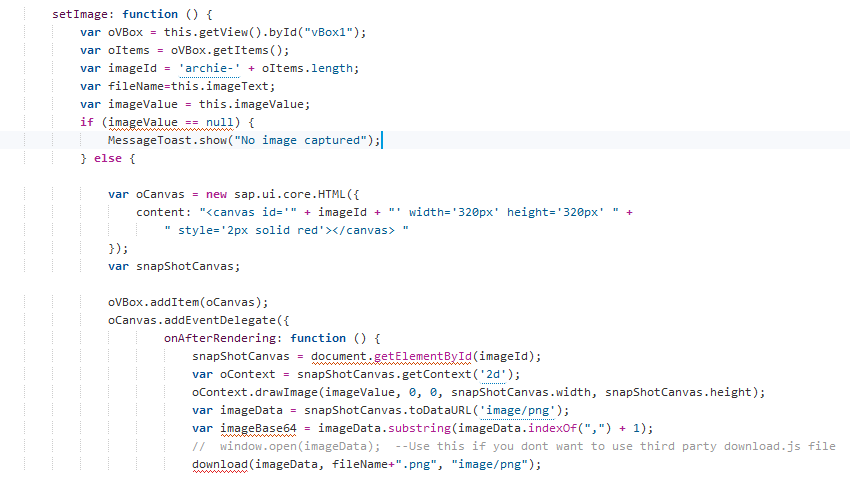 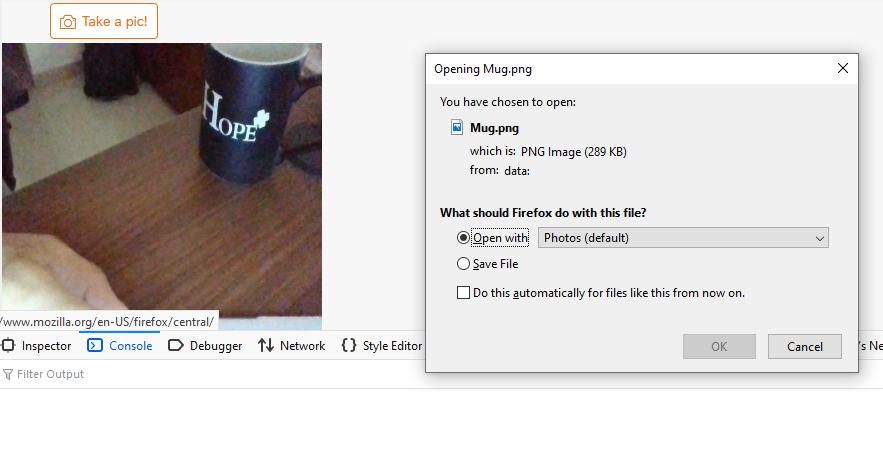 A few references that i would like to put in here:

Thank you for your patient reading. Please don’t hesitate to suggest any improvement. We are all learning here!

Nice bolg ! Archisman. Thanks for sharing

This is a very useful functionality that can be explored in may ui5 application use cases. Not using any custom libs or framework this will be real easy to extendent in any ui5 app.

Hi Archisman. Is there the complete source code available for this tutorial or could you make it available? Would be great to follow step by step....

Wolfram, if you could share your email id i can send you the source code there.

Wolfram, you may download the project using this URL:

Nice one!! FYI, images can be also be captured or uploaded using sap.ui.unified.FileUploader .

If the app is accessed in the device using Fiori Cleint or the browser the FileUploader control can access device's camera and file system in order to capture image/upload files.

Thanks Tushar for sharing. I will give it a try!

Hi Archisman, Very nice blog. Thanks for sharing this with us. If possible can you share source code for us?

Please share your email id and i shall do so asap.

Very nice blog Archisman . Thanks for sharing this with us. If possible can you share the source code? i have a requirement related to this topic.

Please share your email id and i shall do so asap.

TQSM for ur reply sir...

Sorry about the delay.

Nice blog thank you very much.

Is this code will support on both desktop and mobile?

Got the same requirement and should work on mobile (Andriod/ios) as well.

Thanks! To answer your question, if you continue to use this as a web application on your mobile, then yes it will work fine(tested on Android). To use the back camera you just have to set the property "facingMode" as environment. By default, it is user (front cam).

However, if you deploy this as an apk, I would suggest you to explore the cordova camera plugin.

Nice ! Thanks for sharing this sample !

Can we use the navigator.mediaDevices for Http Connection? 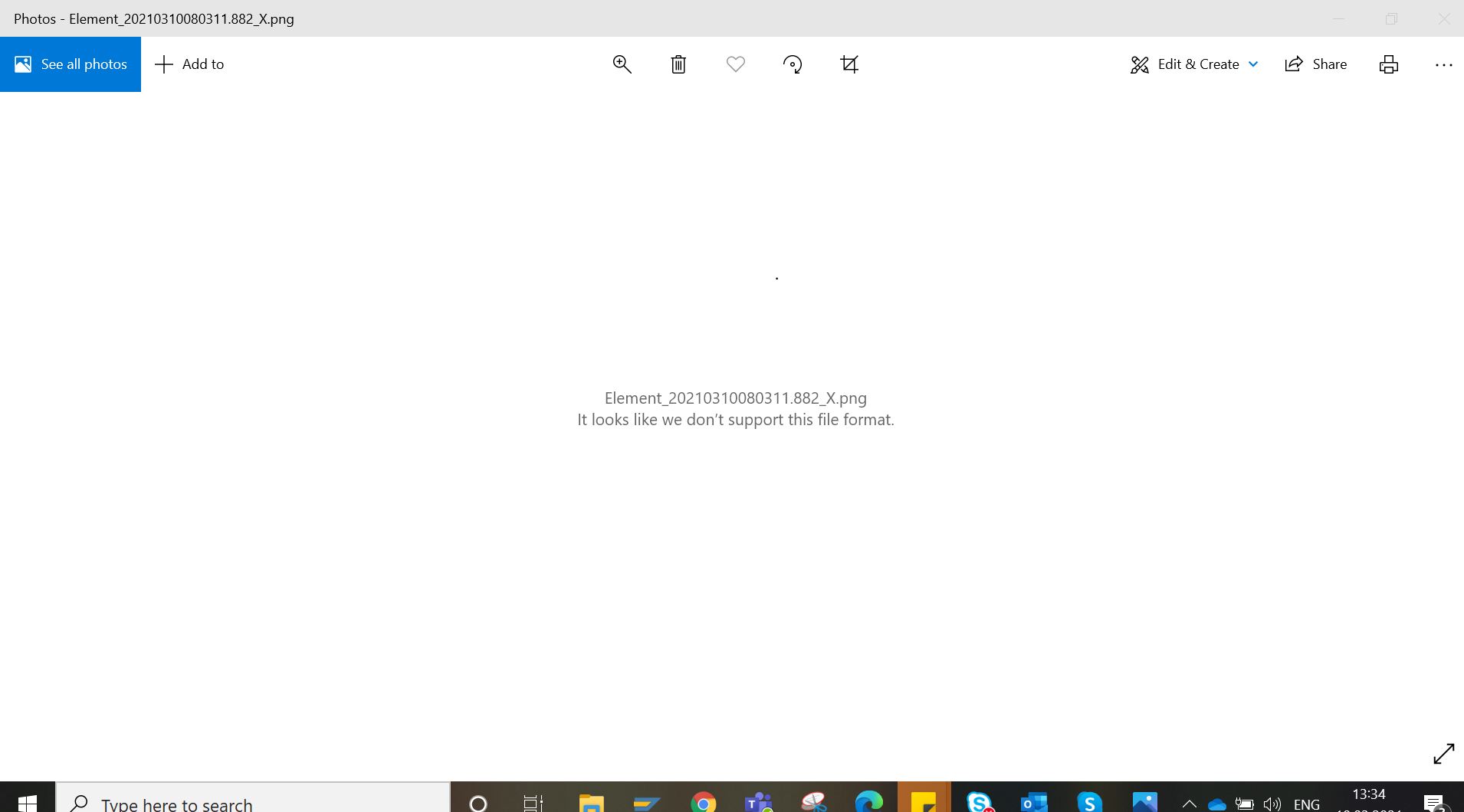 Please tell me which format create steam will accept the camera image.

am able to capture image and same date am receiving in the odata but am not able to see the uploaded image,its saying that.

please guide me how to handle this in odata. 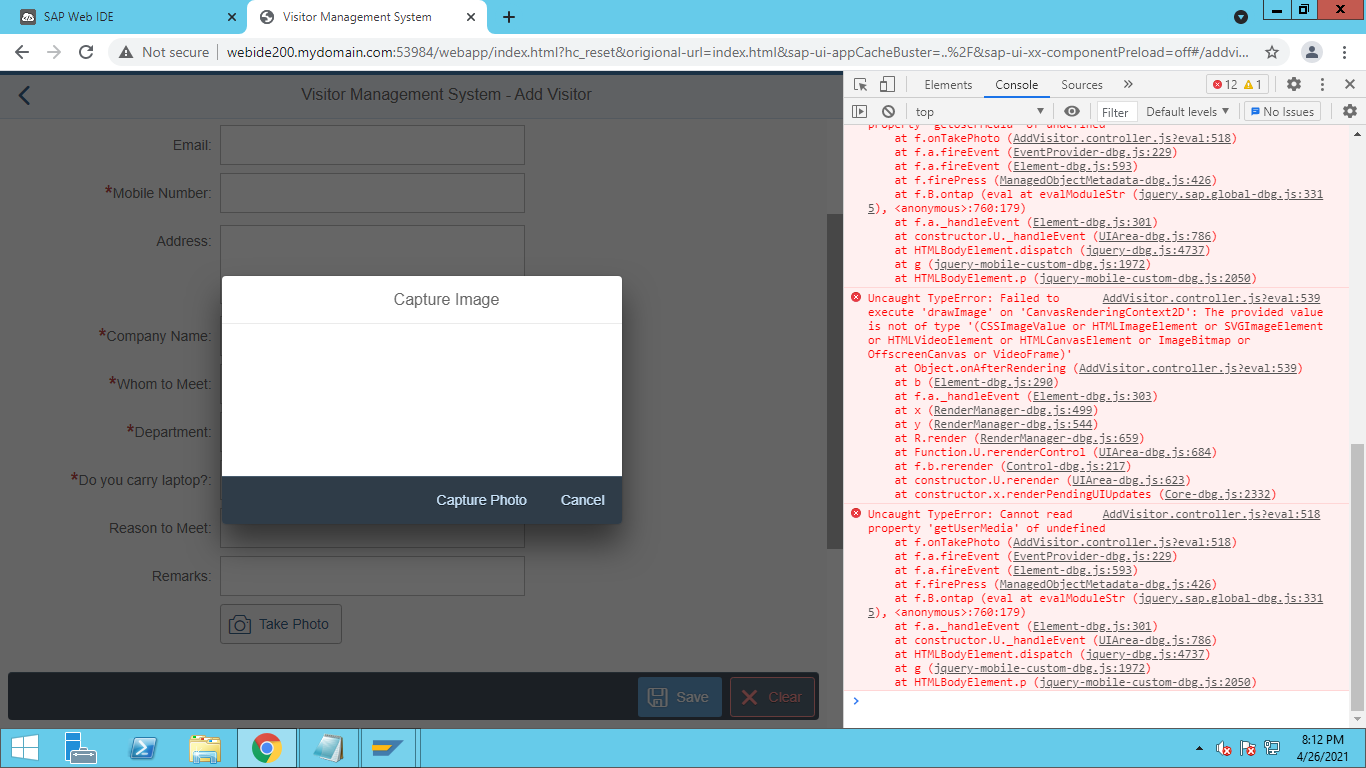 Good morning Archisman,
I find your blog very interesting. Thank you for sharing.
A question? Is it possible to start a video (take a video) instead of taking a picture?

You may want to look at the api documentation and see if that is possible.

Very nice blog with so much useful information. Could you kindly share me source code to uday.ms.88@gmail.com

Fitha Zainab Zakkeer
August 30, 2021 at 4:21 pm
Hi Archisman,
Thank you for this nice blog.
I have one doubt regarding closing of the camera.
Eventhough we closed that dialog box showing camera ,the camera is still enabled for that site.
So how we can disable camera once we close that dialog box?
Thanks
Fitha

Thank you for this useful blog!

When this is used in mobile devices it always opens the Front Camera even though the property 'facingMode' is set as "environment'. Could you please suggest if you have ideas or solution on this.

Hello Archisman, I have tried your coding on my browser but I only see a white screen. The browser is asking for permission to access the camera and the red recording icon is visible on the tab. I also get the same result with other solutions. Can you help me with this?