Many industries specially Logistic retail, Pharma / food distribution companies deliver goods to multiple customers in a single trip and they need system support for transportation planning to optimize distribution to

Transportation management ( TM ) of S/4HANA provides these capabilities and my present blog is to describe these desired features in TM with S/4HANA.

Let us consider that the truck from warehouse (W) will first deliver to customer (A) , then (B) and then (C). System should be able to plan for 3 stages and propose pallets to be loaded in LIFO (Last in , first out) sequence i.e Pallets for last customer C to be loaded first , then B and then A as shown in below image . 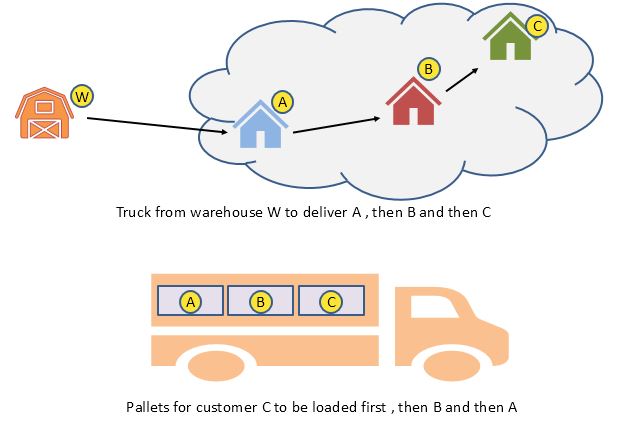 Transportation management (TM ) in S/4HANA achieves these requirements . Transportation planning can be done so that the freight order (an object or transaction document in TM for shipment) in TM can have 3 stages (i.e W – A , A – B , B – C) as shown in below image. Freight order also shows the planner departure and arrival times at the respective locations.

SAP TM also has the capability to depict these locations in a map for better visibility of Transportation planner as shown in below image. 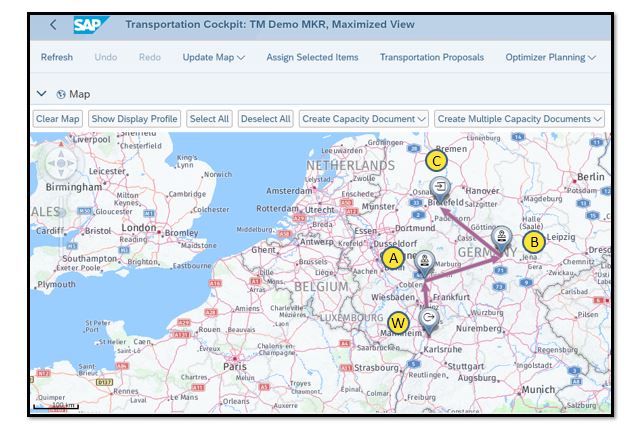 Now, in the scenario considered, Customer A has 3 pallets to be delivered, 1 pallet for B and 2 pallets for C . SAP TM shows them in 3 different colours as depicted in below image prior to the load planning. 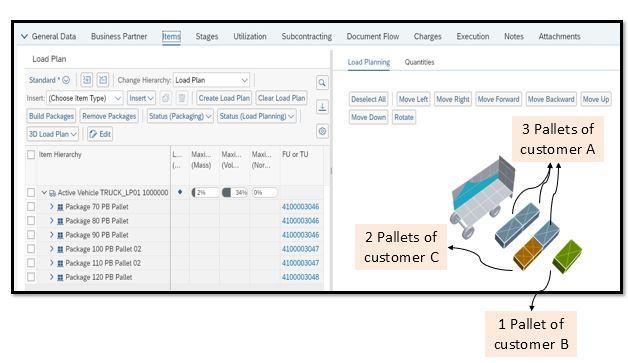 During Load planning in TM , SAP TM places them in LIFO (Last in, first out) sequence as shown in below image with due consideration for load balancing of the truck.

These images are from embedded TM of S/4HANA 1909 release. However, these functionalities are also present in stand alone TM.

This blog is based on my personal tests , observation and insights. Will appreciate your feedback / comments.