Developing Applications in a Multicloud Environment 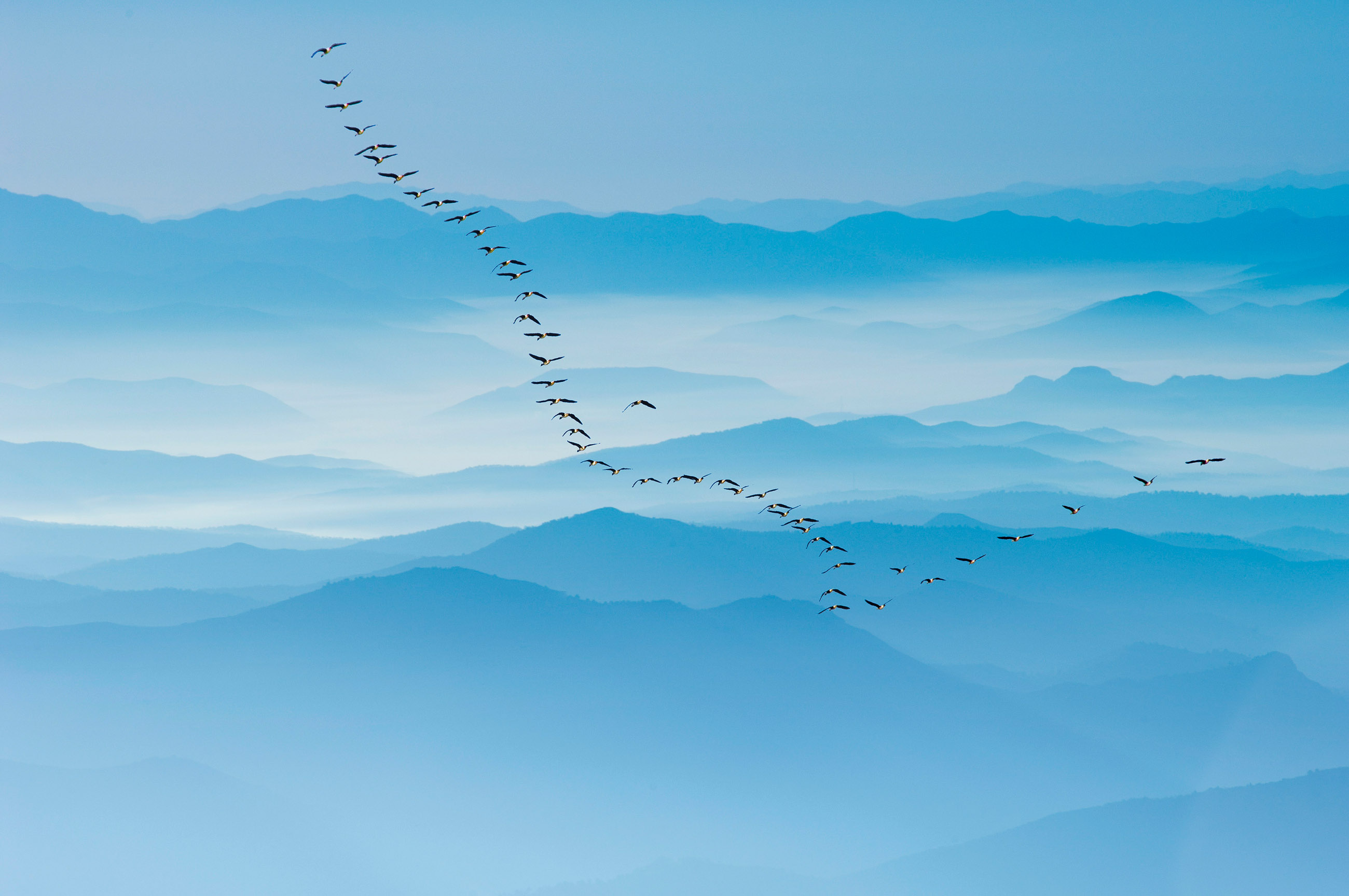 The multicloud concept was introduced at SAP back in 2017 when Cloud Foundry was added to the SAP Cloud Platform (and which lost its HANA epithet as a result). Until then, SAP’s enterprise platform-as-a-service (ePaaS) was hosted exclusively from its own data centers. Now it could be hosted on different clouds.

SAP enthusiasm for multicloud continued with the launch of the Business Technology Platform aiming for maximum business impact.

At SAPPHIRE 2019, the “Embrace” project was announced and although in particular Microsoft responded favourably, it was targeted originally at the cloud’s Big Four.

We already did some digging into the past of the SAP (HANA) Cloud Platform in a blog trilogy about the origins of PaaS and Cloud Foundry, SAP’s involvement, and the latest development with Kubernetes. 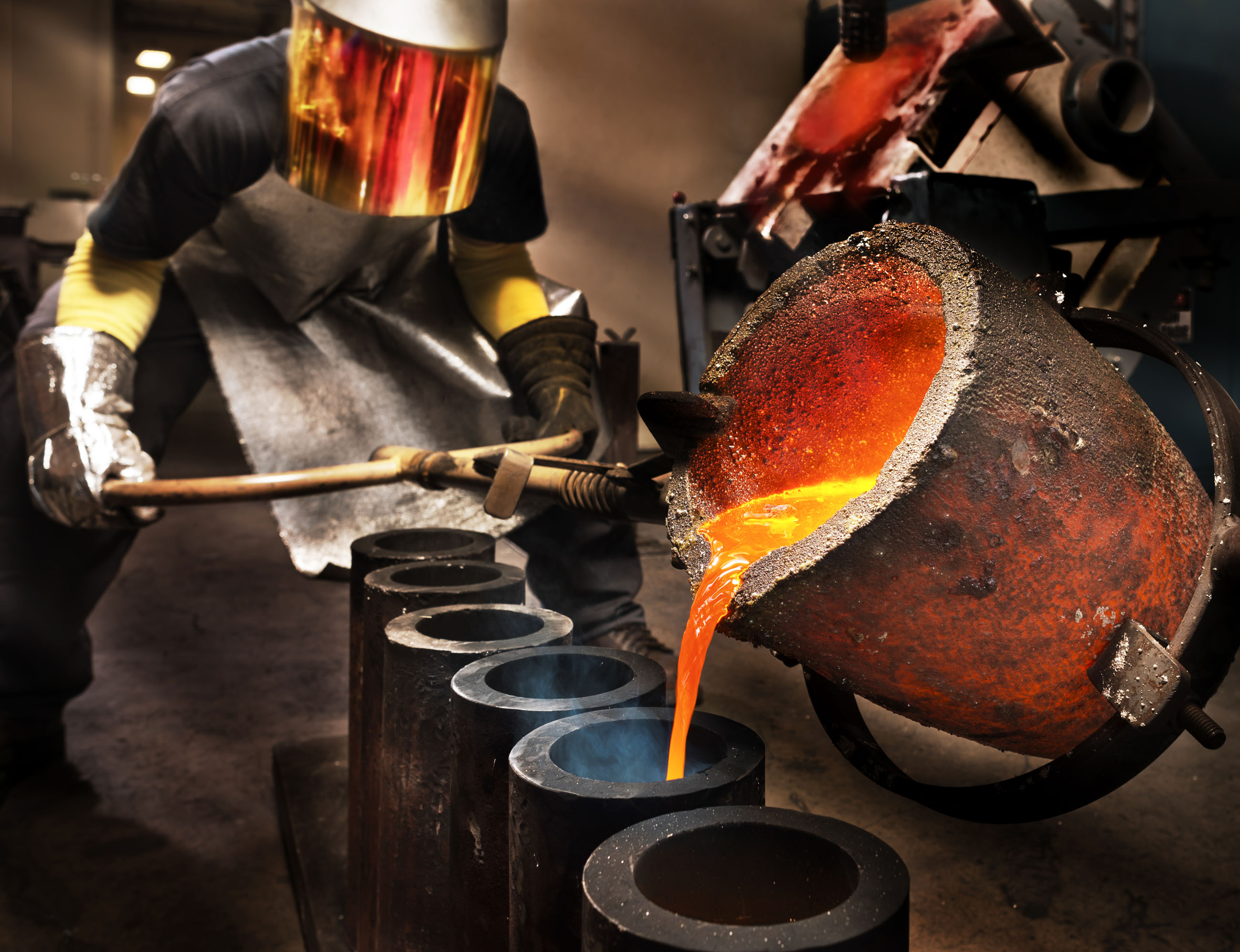 Each environment provides at least one application runtime and comes with its own domain model, user and role management logic, and tools (for example, command line utility). Environments are self-sufficient and integrated into the platform at the subaccount level, which means that each environment can be used on its own without the need to use another environment.

Put that in a table and you get something like this:

Although the Cloud Foundry documentation does not use the term domain model, we can imagine this to reference Orgs and Spaces. Neither is there a description of the Neo domain model but what we do have is a model for the platform as a whole when it was updated to make space (and orgs) for Cloud Foundry. This is the domain model users of the platform will be familiar with.

Previously, the domain model was regionally based. In the current model we have a global account representing the commercial contract and sub-accounts representing the environment with a one-to-one mapping of cloud provider and region.

Except for Neo, as mentioned, the infrastructure for the environment is provided by the “hyperscalers”, a.k.a cloud infrastructure providers, i.e. Amazon Web Services, Microsoft Azure, Google Cloud, and Alibaba Cloud.

The SAP Cloud Platform Regions and Service Portfolio shows the regional coverage of each platform service. The Cloud Foundry environment is not hosted in all regions where the cloud providers have a presence. For example, Cloud Foundry with Google Cloud is only hosted from Iowa (US Central) and Alibaba only from Shanghai. For future plans, see the SAP Cloud Platform Road Map. 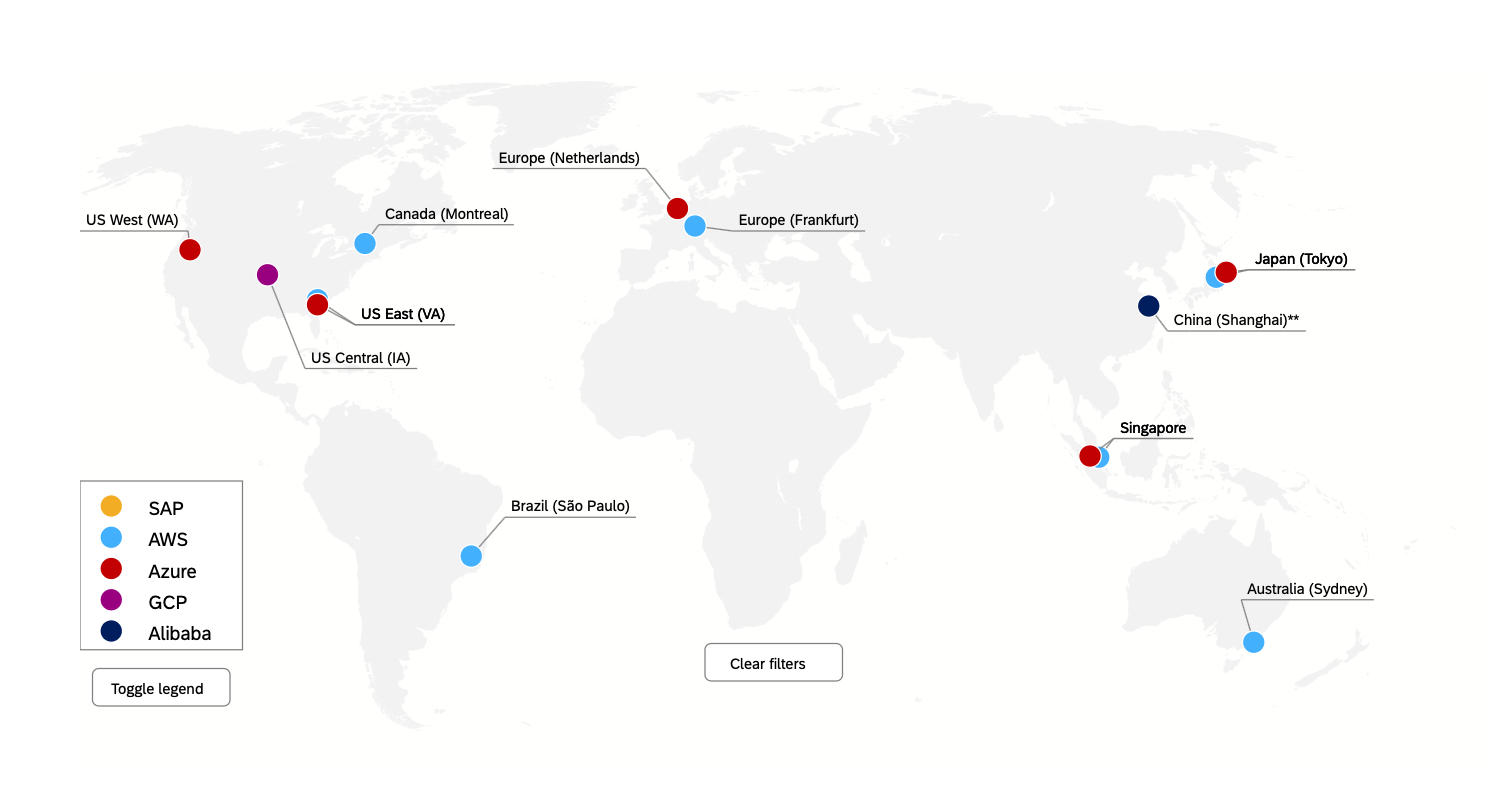 For those new to the topic, how this all works is explained in the award-winning onboarding tutorial series where you can dive straight in. 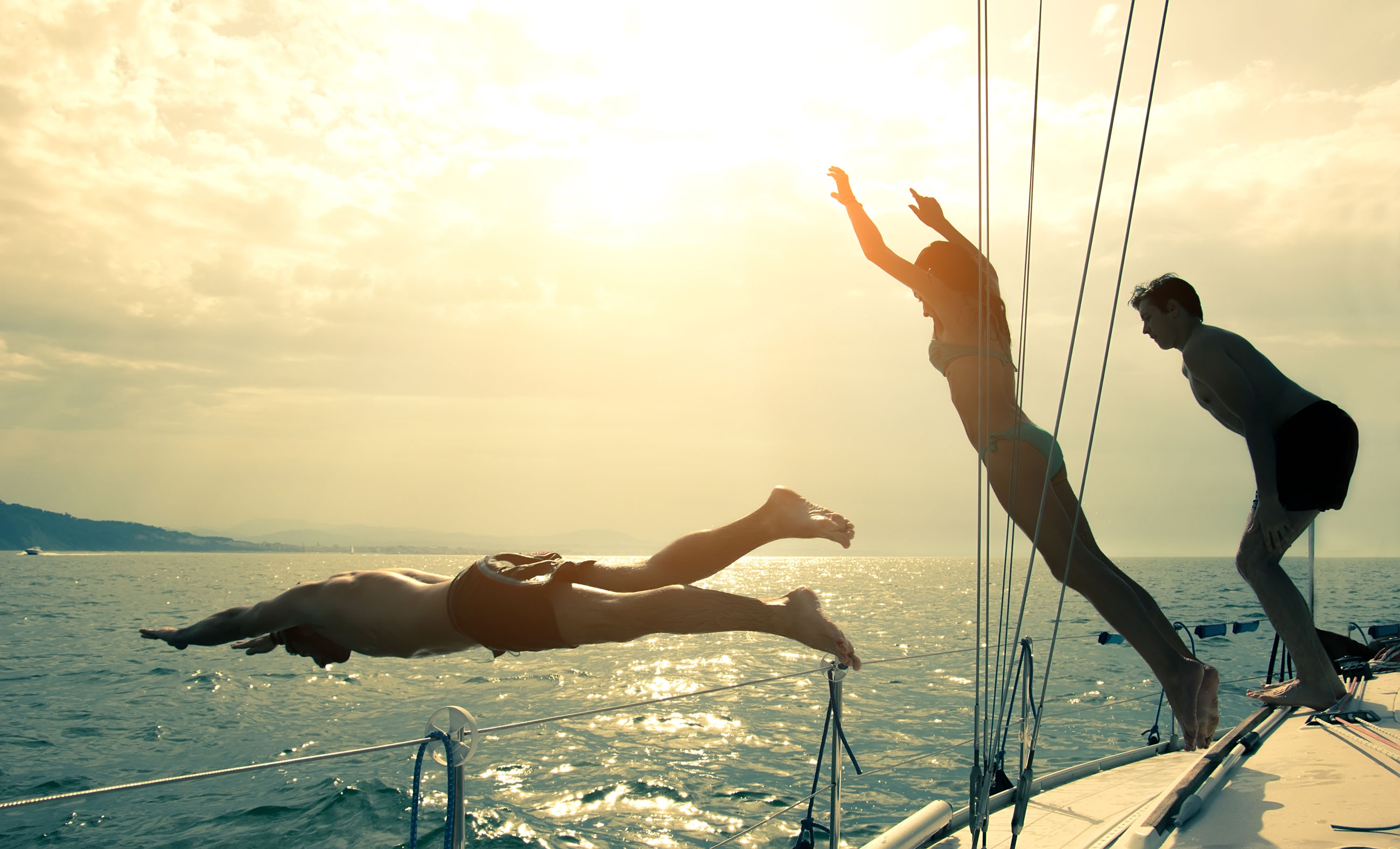 How to Run an App

Like most PaaS of the early days, Neo started out with Java and JavaScript (HTML5 / SAPUI5) including the runtime for the XSJS JavaScript dialect of SAP HANA XS when this became available. Back in 2012, XS, short for extended application services, was conceived as development and runtime environment for the SAP HANA platform, including a repository and Eclipse-based development tools. Although successful and used for the development of a whole generation of SAP HANA Live, Analytics, and SAP Smart Business applications, there were some limitations to the technology and a replacement was found in Cloud Foundry.

Cloud Foundry provides several other runtimes besides Java and JavaScript (Node.js) like Go, Python, PHP, Ruby, and .NET. Bring-your-own-buildpack (runtime) is also supported but then we are heading in the IaaS direction (and may be tempted to switch to Kubernetes).

Besides the difference in runtimes, however, it is in particular the ease to deploy applications with the magic of ‘cf push’, that distinguishes the Cloud Foundry environment from Neo. 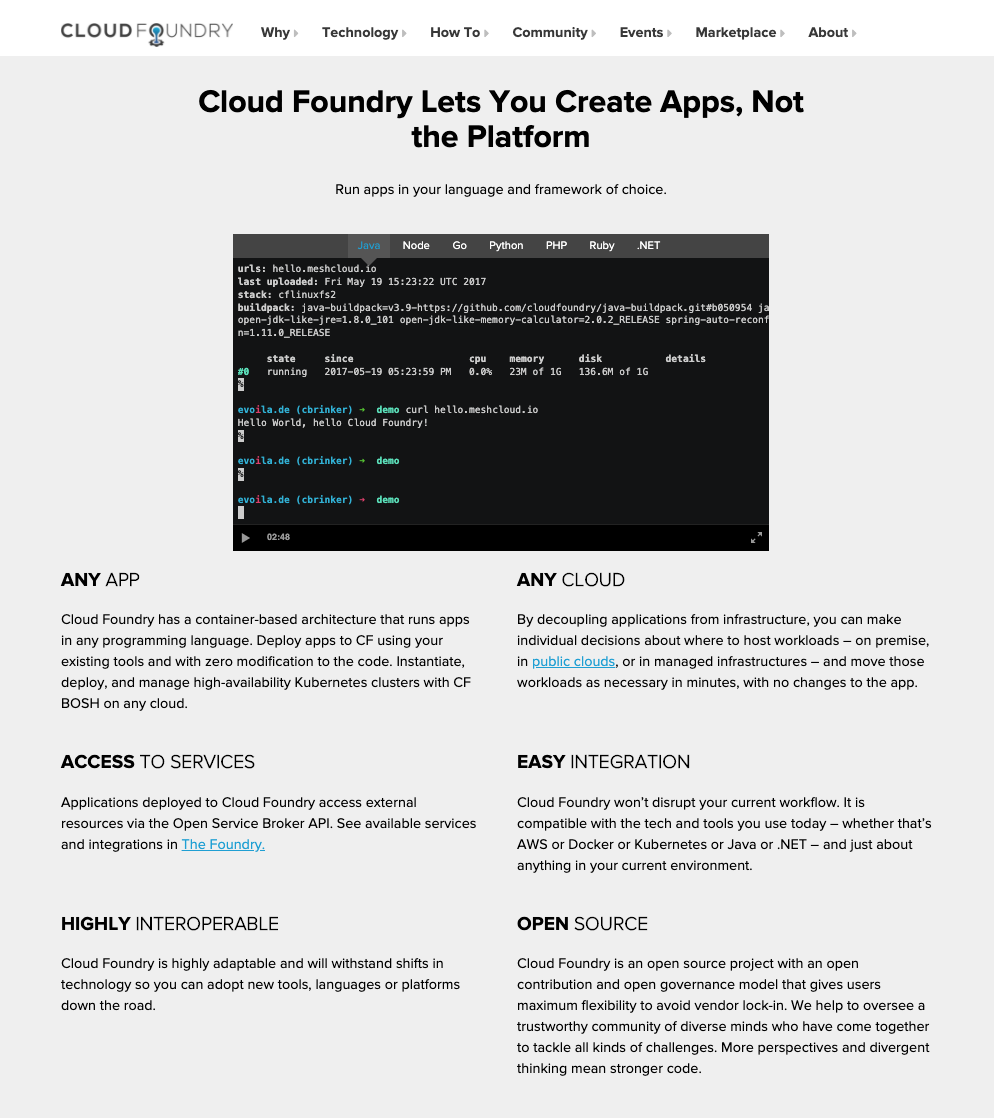 For those less familiar, or maybe as a reminder, Cloud Foundry is the industry-standard open source cloud application platform for developing and deploying enterprise cloud applications (as advertised). If it helps, you can think of Cloud Foundry as a Linux distribution. You can run it on your laptop, on a virtual machine, host it in the cloud, or consume it as-a-service from a cloud provider.

Cloud Foundry as hosted on the SAP Cloud Platform is one of seven certified platforms.

In case we do not want to host a Cloud Foundry environment ourselves but consume it as a service, why not select IBM Cloud, or run Tanzu (Pivotal) on Google Cloud, AWS, or Azure. Why get it from SAP?

In with the New

For some time, the answer was HANA (now there are others too). This started with an SAP HANA service broker (enabling you to bind your application to the SAP HANA database) and evolved into a Cloud Foundry distribution integrated with SAP HANA. Although the suffix was popular at the time, the name chosen was not CF/4HANA but XS Advanced model, in short XSA, with the original application server runtime and development environment now labeled as XS classic (in the spirit of Java and JavaScript). 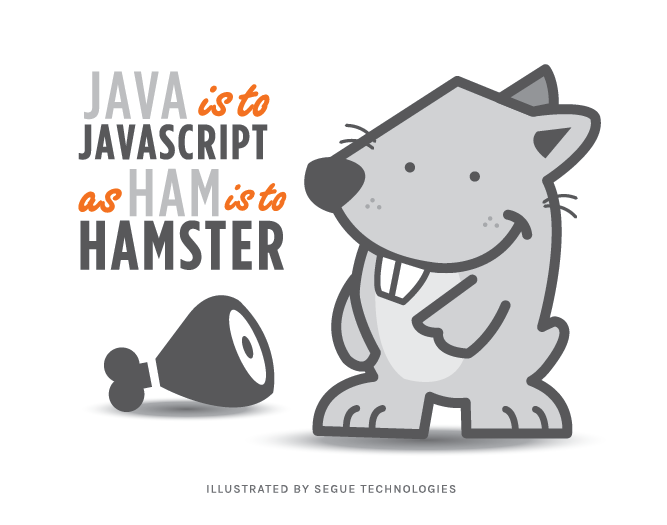 In true hacker fashion, blogs were also posted explaining how to make XS Advanced behave like Cloud Foundry or how deploy MTA apps to the Neo environment.

Out with the Old

With this new environment in place, XS classic model (with repository and SAP HANA studio) was set to deprecated (2018) and developers were encouraged to migrate their applications to XS Advanced, i.e. changing the XSJS JavaScript dialect to Node.js. For those applications where migration would be too much effort, an XSJS compatibility layer was provided. This made it possible to run an XS classic app as-is as Node.js app on Cloud Foundry or XS Advanced.

For the record, although deprecated for two years, the classic model and tools are still supported for the on-premises platform with the current SAP HANA 2.0 SPS 05 release until 2025 but no longer included with the database service SAP HANA Cloud.

Of course, what makes the SAP Cloud Platform, Cloud Foundry environment unique is not only the integration with SAP HANA. In fact, you can bind your application to any database (does not apply to XS Advanced). There is also the multicloud factor. Without going into the details here again (see the above-mentioned trilogy), projects like Gardener focus on providing the technology to deploy applications in a multicloud environment.

Dual stack? Not really, technically, the ABAP environment runs on Cloud Foundry but this is under-the-hood. In the documentation and elsewhere it is considered a separate environment.

The focus of the ABAP environment is on ABAP development and ABAP extensions (and leverage 37 years of development experience). To try it out, we recommend:

The ABAP environment comes with its own development mode (RAP):

Here Comes the Next Wave

To get started, we can recommend

Kyma is used to power the Extension Factory of the SAP Cloud Platform.

Kyma is also the name of the open source project, which provides a platform for extending applications with serverless functions and microservices, as mentioned on the project website, a selection of cloud-native projects glued together to simplify the creation and management of extensions.

For the non-g(r)eeks, κυβερνήτης is the helmsman, κύμα the wave, Helm the package manager; a nautical theme started with Docker to run containers. Cloud Foundry started in 2011 with its own container technology but there now are different approaches to bring both worlds together like Eirini (Ειρήνη), the goddess of peace (see Cloud Foundry and Kubernetes).

With SAP embracing open-source Cloud Foundry and Kubernetes for some time now, and partnering with cloud providers for the infrastructure, the proprietary SAP-hosted Neo environment is losing its relevance. As with its on-premises NetWeaver counterpart, most of the services once provided by “NetWeaver Cloud” have now evolved and are available in the new environment(s).

One recent example is the new content management solution for Cloud Foundry.

Not every service has made its way to the new world. Some services have been deprecated like oldskool virtual machines. For a comparison, see

Open-source “backing” services like MongoDB or Redis were already retired last year. For the fine print and how to leverage the cloud provider services on the cloud platform, see

Prominently displayed on the Neo Help Portal is the new migration guide with the main sections explaining what it is, why you should migrate, and how to get started.

Not new, but highly relevant in this context is the documentation about how to develop applications and manage their lifecycle on the Cloud Foundry environment. 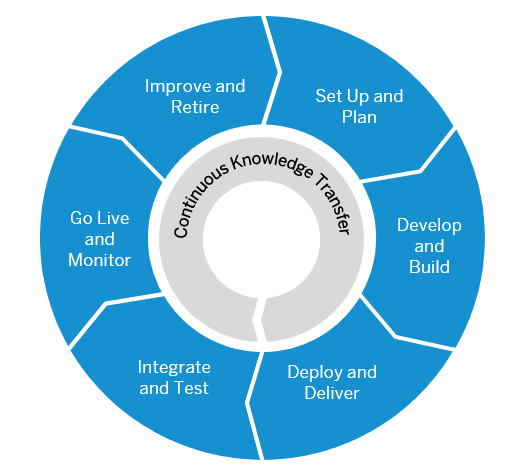 There still is a trial for the Neo environment but something tells me if you want to try it out, you better hurry up (the button is hidden a bit if you scroll down on the cloud platform home page).

There is a Service for that

Did you notice the new domain name?

Who knows, we may be visiting this domain in the future more often. 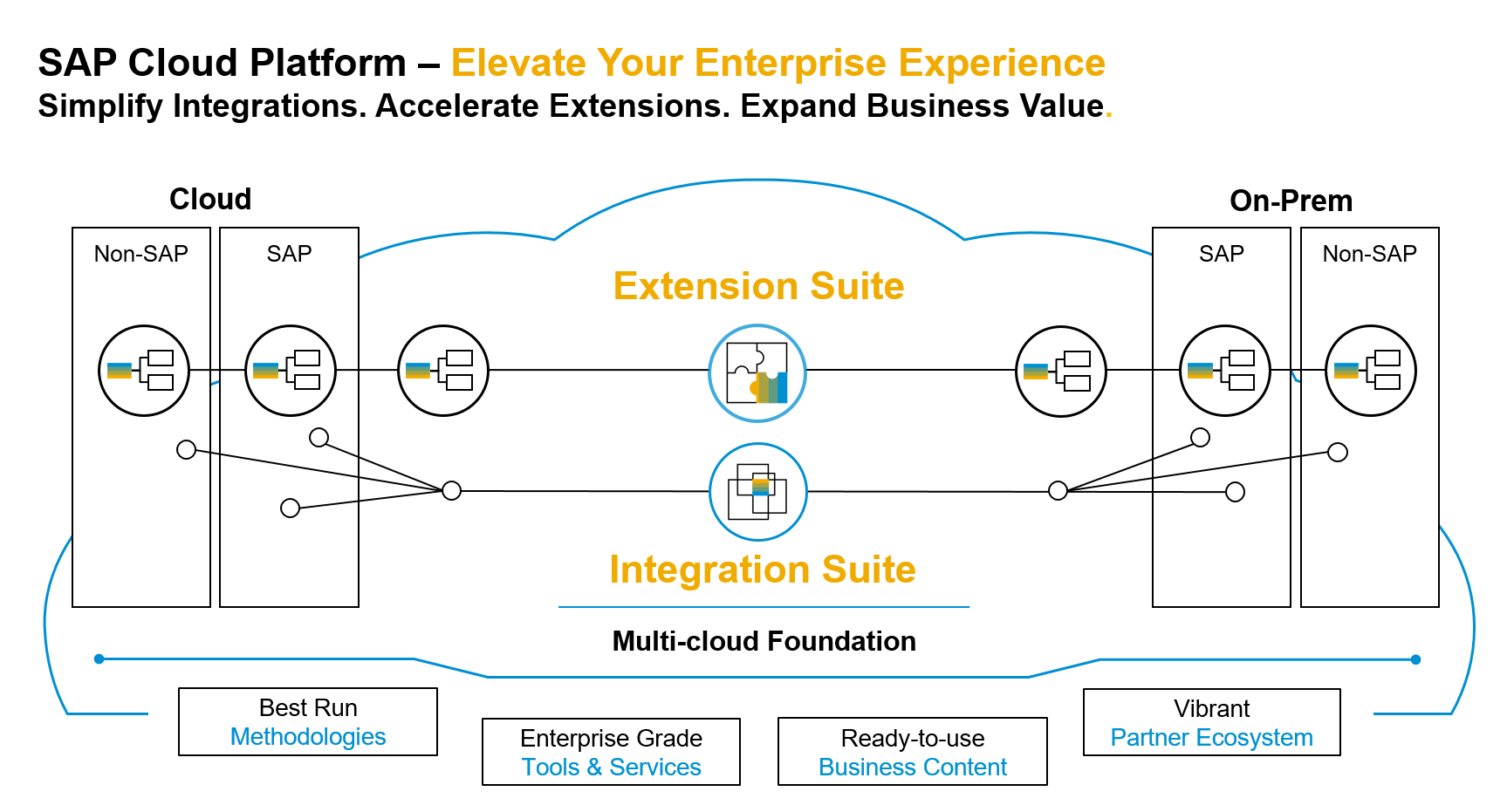 You can filter on the services for which a trial is available. 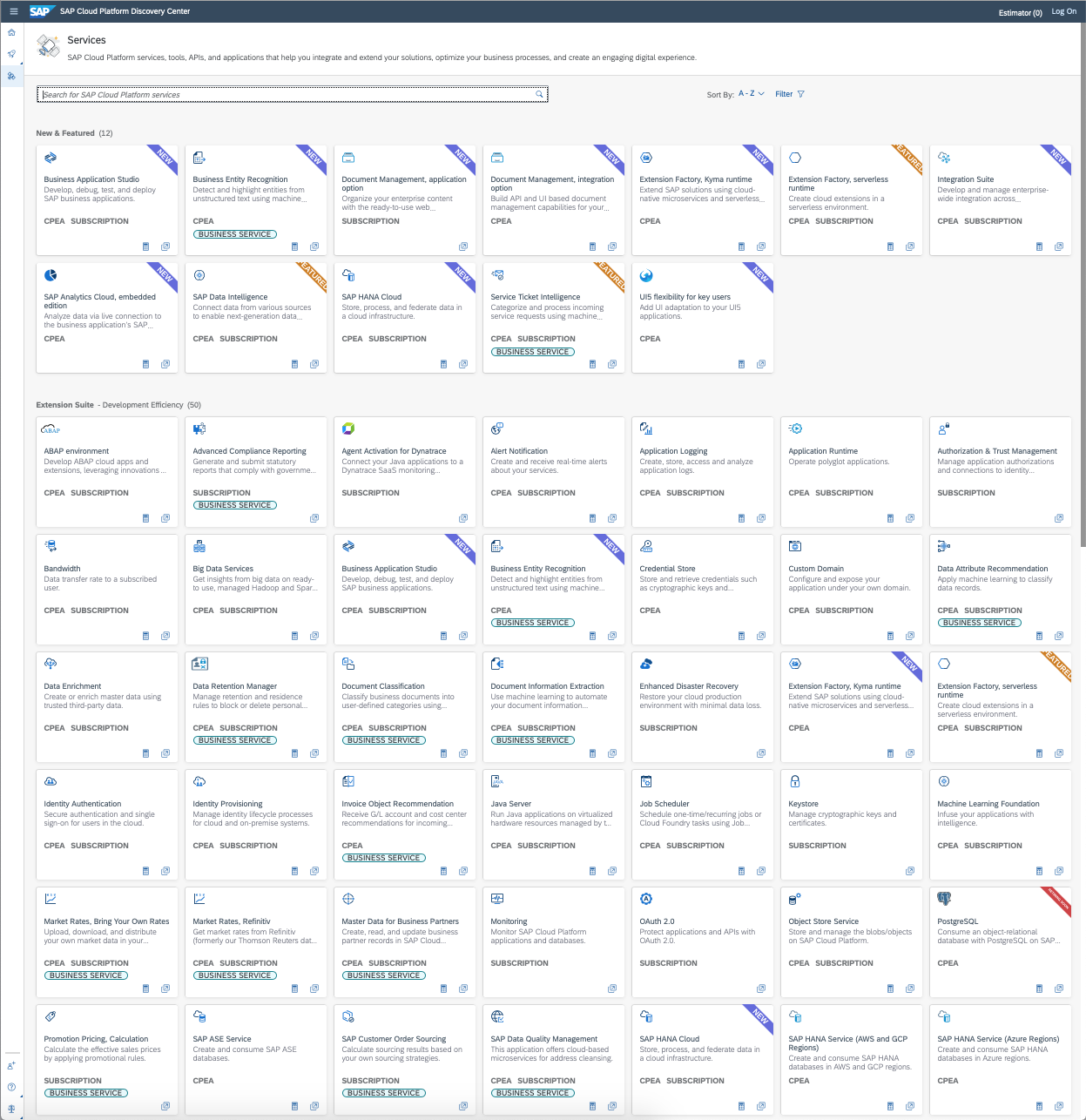 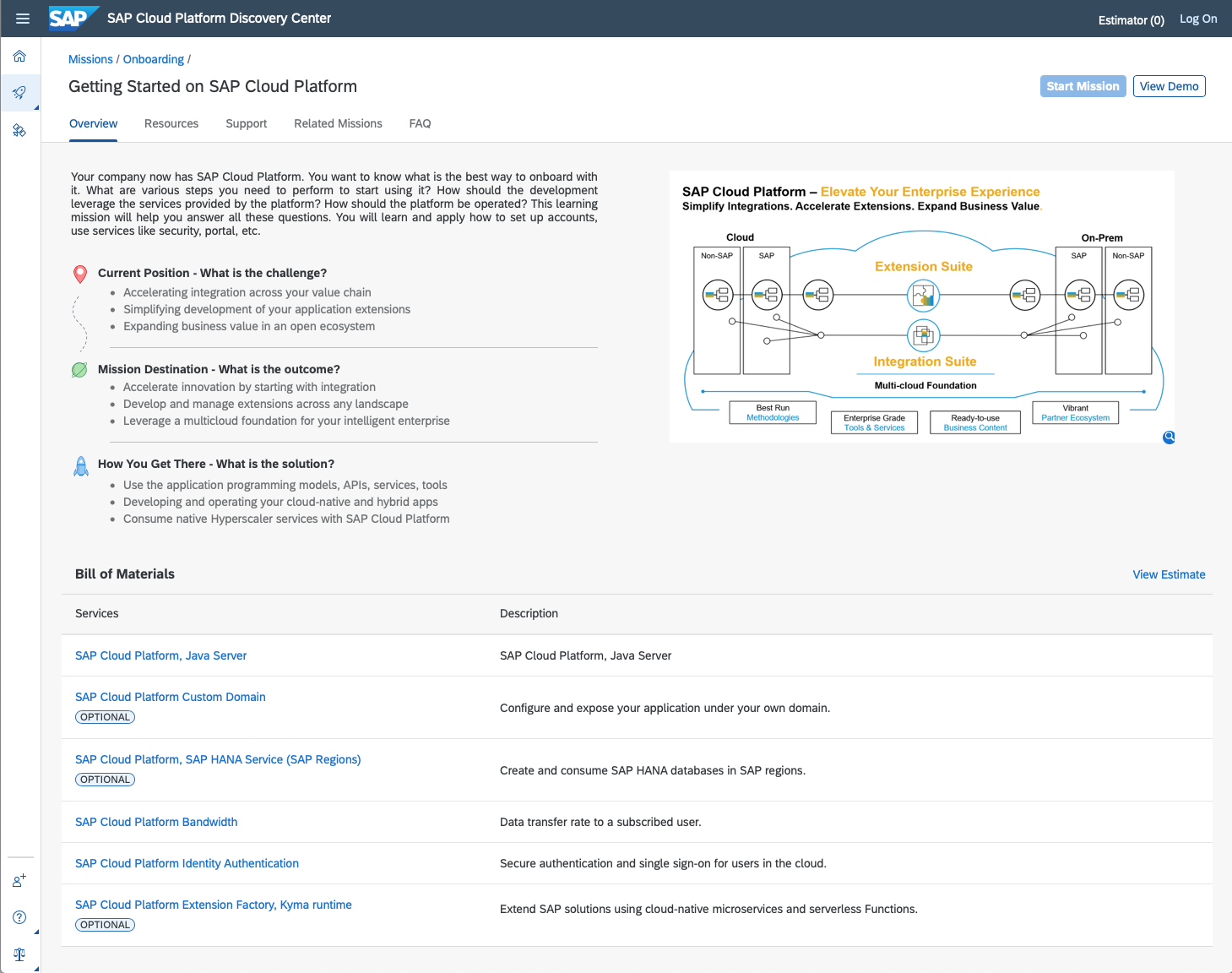 Building in the Cloud

At the tail end, but we could not leave the topic unmentioned, the recommended programming model to develop cloud applications in a multicloud environment is CAP. It is best understood as an extension of the multi-target application (MTA) model SAP conceived for the Cloud Foundry environment. 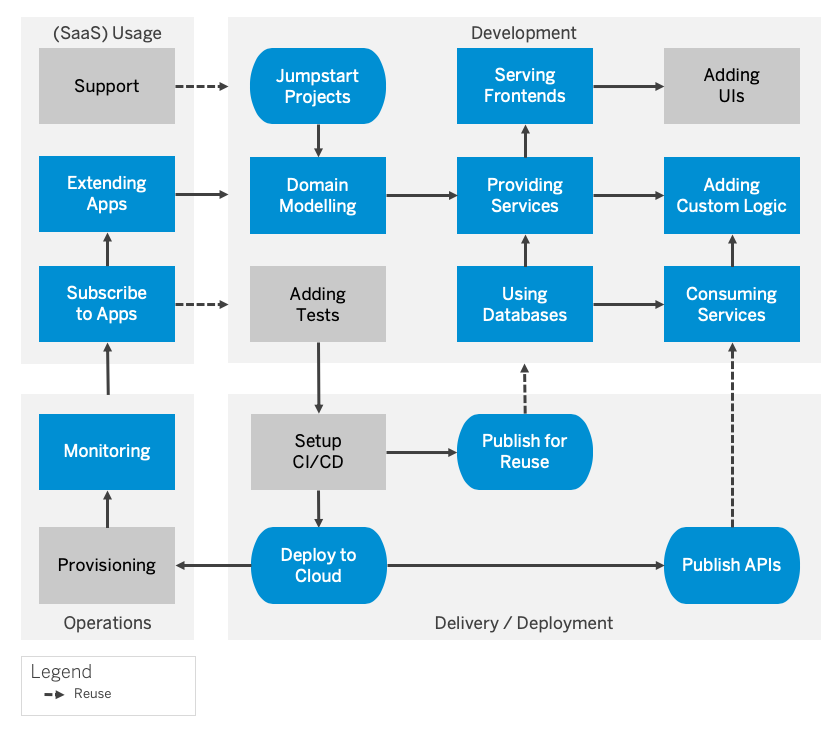 To build MTAs in the cloud, a new tool is available.

The tool of choice to develop CAP applications is the Business Application Studio, which brings me back where we started: maximum business impact.

For an overview of all the material recently published on the “app studio”, see

For our topic, of particular interest is that you can use Business Application Studio to migrate applications previously created with SAP Web IDE. 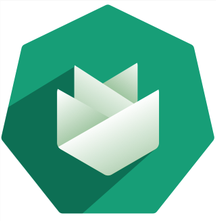 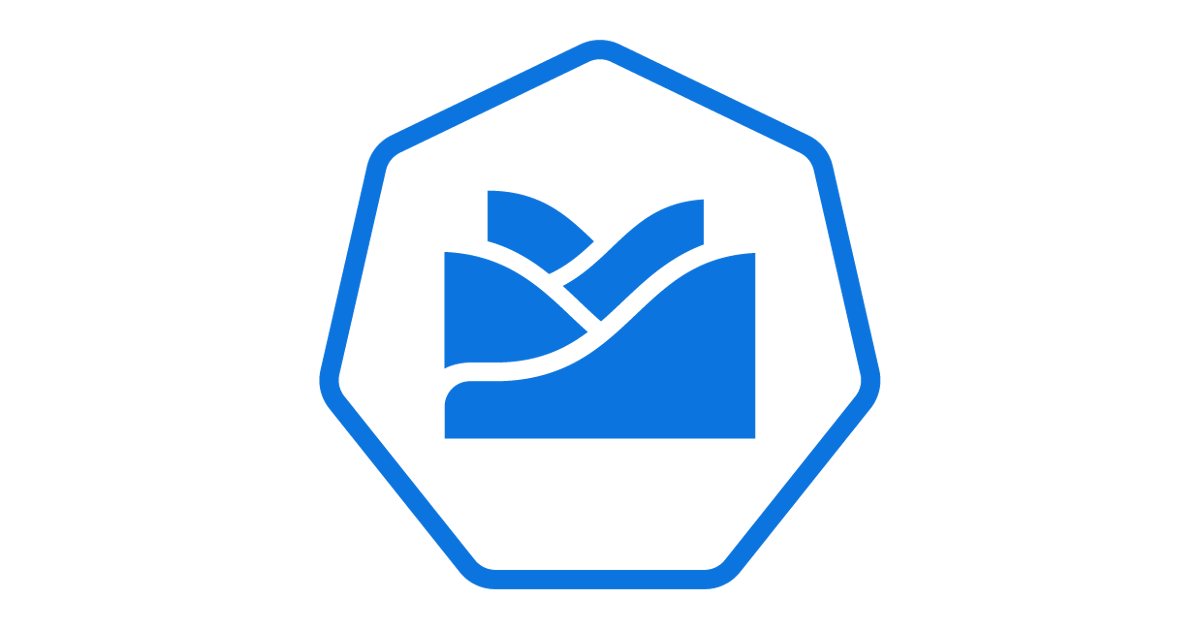