The purpose of this blog post is to explain the business process of performing foreign currency revaluations at a profit center level using freely defined currencies in the ledger.  This blog post covers the configuration involved and document posting process of the business scenario.

Let’s take an example below.

A Company code is set up in a country for example Colombia which is also its headquarters. It has multiple branches both in Colombia as well as in multiple other countries. In this case the branches (both domestic and foreign locations) are created as profit centers in SAP S/4HANA. Additionally, there is also a requirement to create Branch financial statements. The process of foreign currency revaluation must be performed in the respective branch currency so that a full-fledged branch financial statement can be drawn.

This solution is suited for business organizations which have operations in many countries.  The idea here is that is to have an organization structure which can be able to meet international as well as local reporting at branch level eliminating the complexity of managing too many co codes ( and having more profit centers – which can be managed just as master data)  and its relevant data.

What is Forex Revaluation at Branch?

Forex revaluation is the process of revaluation of vendor open items, customer open items, G/L open items and G/L balance in the local currency of the branch (profit center currency which can be set up as a freely definable currency).

For e.g. An organisation is headquartered in one of the countries in South America and it operates in many other countries of the world. The countries where this company have operations are created as profit center in SAP S/4HANA.

These branches also require financial statements in the branch currency to meet the local reporting requirements. In order to generate the financial statement, there are a set of month end and year end activities required to be performed. One of the key activities is to perform forex revaluation in co code currency, group currency and branch currency.

In this step we set up a freely defined currency as Z3 EUR which we will use to perform revaluation for transactions posting in currencies other than EUR. 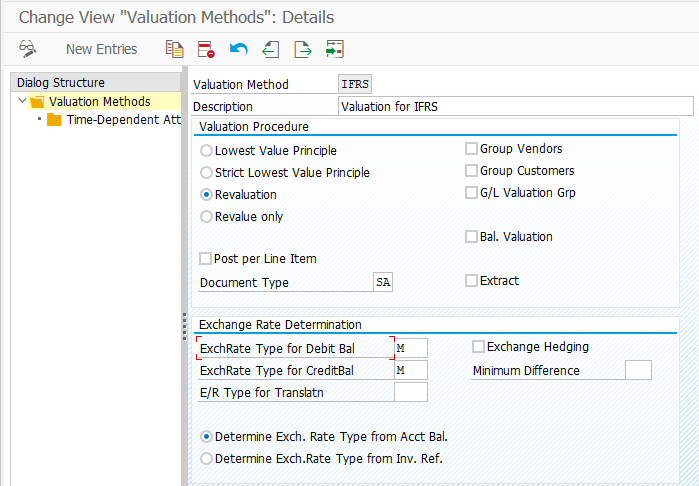 Valuation area has an assignment to valuation method which determines FX rate type to be used for performing foreign currency valuation.

Here we have defined B1 as a valuation area which will be used to perform revaluation for currency type Z3. 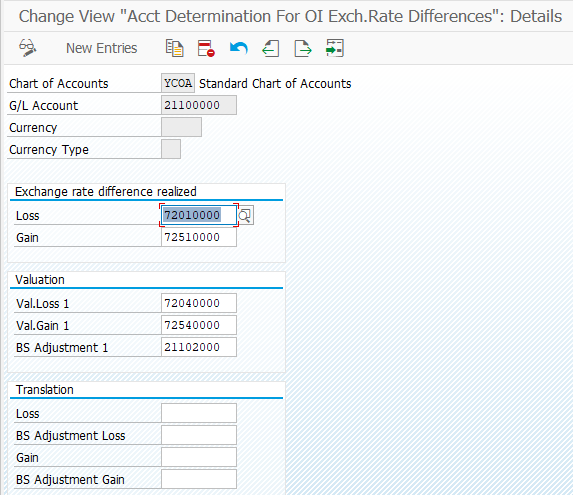 An organisation is headquartered in one of the countries in South America and it operates in many other countries of the world. The countries where this companies have operations are created as profit center in SAP S/4HANA. Let’s take an example for a branch located in Paris where all the transactions are required to be reported in the local currency of this branch.

This branch manages transactions in EURO which is the reporting currency of this branch. In order to perform the forex revaluation, vendor invoices were posted in USD. Exchange rate used for this purpose is not realistic, it is just taken as a sample data.

Now we will be executing foreign currency revaluation program for sub-ledger to see the result of revaluation performed in the branch currency. 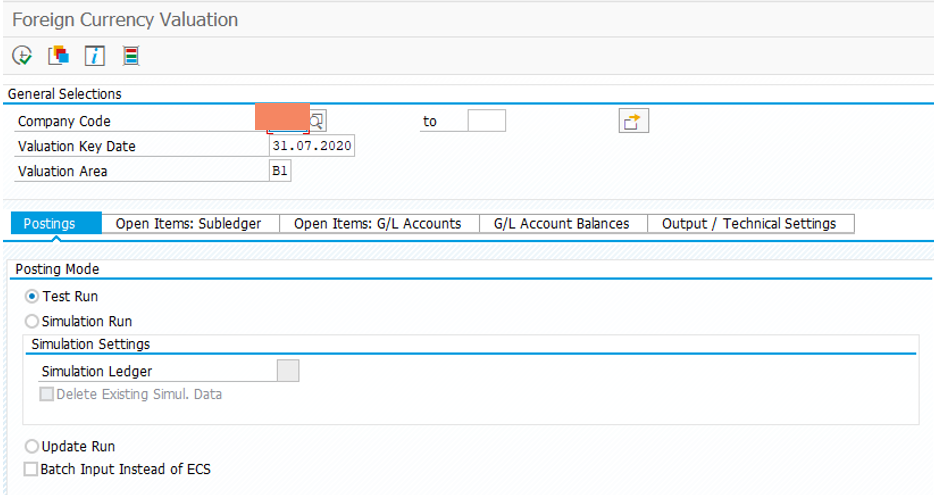 System performs the revaluation for the vendor invoices posted in USD where the exchange rate used for performing the revaluation is 0.33333 and the system calculated a difference as below.

New GL reports based on ACDOCA table can be used to view transactions posted in branch currency.

Reports such as FAGLL03 and FAGLB03 can be used to view these results. FBL3N will not be useful here as it uses BSEG table for displaying the posted transactions.

Below is the report for vendor open item which displays vendor invoices for which revaluation was performed at branch level in the branch currency (EUR).

As demonstrated above, it is possible to perform foreign currency revaluation in currencies other than the company code and group currency. This is done by leveraging the concept of freely defined currencies in the ledger.

I wanted to check if all the follow-on processes are now supported for the additional currencies.. For E.g. Does asset accounting supports additional currencies beyond the third currency? In the earlier versions it was not supported, so the asset would not balance to zero at the end of its life. Is this addressed now?

Similarly there were some other follow-on processes which were not supported earlier. You have any idea around that?

Unless those issues are fixed, I guess drawing financial statements based on custom currency won’t be possible

It is possible using FIORI apps. Branch financial statements using freely defined currencies can be drawn using the FIORI app ‘ Display Financial Statement’. It is not possible using GUI as of now.

After you perform the asset postings, you can execute FAGL_FCV in the respective freely defined currency.

Refer to my blog below for asset accounting.

Thanks for sharing the detail document, Lalit

one question - what is the relevance of the accounting principle IFRS in the above foreign currency re-valuation ?

In my next blog post, I will be explaining how this can be managed.

IFRS is essentially an accounting standard. One can model many accounting standards for example – US GAAP, Local GAAP, Fiscal Ledger etc where the method of revaluation can be set as lowest value principle, strict lowest value principle etc. Therefore based on the customer requirement the valuation area can be set up and FAGL_FCV executed accordingly.

In order to post data automatically to the defined parallel ledgers, one needs to make various settings for the accounting principle and the valuation areas in the different application component.

Thank you for the detailed write up Lalit.  I have  a question.  There is a requirement by the client to have Customer Aging Report along with Revaluation impact for the open items in foreign currency.  Is there any standard fiori report or S4 Hana report available?

Any idea on how to post revaluation entries at summarised level which means several GLs to be reevaluated in one document instead of one document for each GL.

Any idea on how to post revaluation entries at summarised level which means several GLs to be revaluated in one document instead of one document for each GL.