SAP IT CAMP 4 Youngsters: The World Needs Talent Both Great and Small 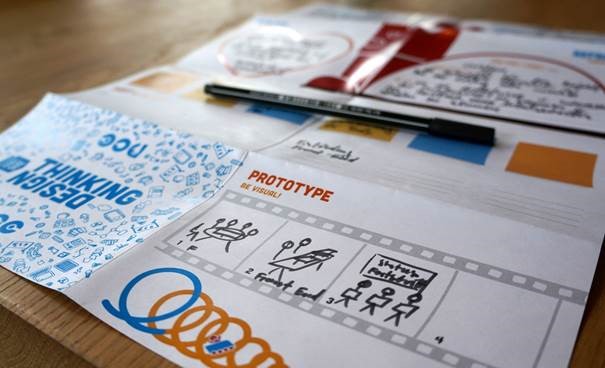 The current situation with the coronavirus presents us with completely new challenges globally. In this crisis the world needs to be open to talent great and small – which also includes the great ideas that kids come up with!

How did we come to this conclusion? We originally asked ourselves what the world would look like if children were left in charge to create it – freely and according to their wishes. As part of SAP IT Camp 4-Youngsters, the internal SAP program for coding and soft skills courses, we wanted to motivate children (age eleven and up) to actively shape the “world of the future” with their own ideas. Together they were asked to develop a virtual environment (or city) in which they would be able to enjoy life in the future. They were free to invent new business models and services, to bring in solutions for climatic or political challenges, or to define laws and responsibilities for their “new world”. This was offered by us in the form of an Easter holiday program – a pilot in Walldorf.

Of course, the workshop needed to run differently from an ordinary design thinking workshop. Therefore, we adapted well-known methods and tools to the suit the kids’ needs and changed the business terminology to a language they would understand. According to the plan, the kids should conduct interviews, develop personas, generate ideas and prototypes that they would present to all parents on the last day.

It is characteristic of SAP IT Camp 4 Youngsters courses that two to three new participants from previous IT camps (age 15 and up) attend and are trained for each new course. The goal is that as a junior trainer you will conduct this workshop independently in the future and pass on the knowledge you have acquired to younger children. This also applies to our course.

It turned out differently than expected

Due to the coronavirus, the plan needed to be changed. The course, which had 20 registrations for kids of SAP colleagues, had to be physically canceled. In order to make good use of all the work involved in preparing for the course, we created an emergency plan in a very short time frame. Our target group was now a different one: Instead of children, we wanted twelve junior trainers from the IT camps to learn more about design thinking and business model innovation. The format of the workshop was changed from four full days to three, with one and a half hour conference calls each day. We also changed the challenge from the design thinking workshop to “design the perfect school holiday for your partner”.

During my days off and during the Easter holidays, I designed a new concept for the design thinking part. A very important criteria was to make the workshop as interactive as possible. After that we were ready to run our new workshop.

The communication, setting up the online sessions, and information was managed by the colleagues from the IT camp. The students dialed in using Zoom. As always at the beginning of each design thinking workshop the warmups helped us to get to know each other and to create a good atmosphere. The template Leporello, developed by the colleagues in the SAP AppHaus Heidelberg, made it possible to get started quickly in design thinking. Working on MURAL whiteboards, which I had prepared in advance, made the experience more interactive. For each step they were given instructions on what had to be done within a certain time. Using Post-its, each student had his or her own color. This gave the conversation enough structure. Furthermore, they were given their own MURAL whiteboard in teams of two and then interviewed each other. With the help of virtual Post-its, everyone formulated the questions for themselves. In the next step, they filled in the appropriate answers in writing without talking to each other.

In the next step, they formulated the “how might we” question. One example by a student was “How can I help M who likes travelling abroad to the Canary Islands in particular, and who is happy and eager to explore, to have the perfect holiday?”

Which idea was the best?

Continuing, we generated ideas and prioritized them. The idea was presented in such a way that everyone could read the Post-its and then assign icons. A “thumbs up” meant that I like this idea. An icon with “1” meant that this is the best idea of all.

The best idea served as the basis for the prototype, which was ultimately presented to the entire group. Most were able to visualize the prototype by adding images. Some of them were also so creative that they were able to tell a self-painted story using tools in MURAL. The prototype for M looked as if he could take a flight to the Canary Islands and then rest on the beach as well as go hiking in the mountains.

On the last day they got to know the Business Model Canvas method for developing and visualizing business models. Based on the “Paul the Shepherd” model, there was also a playful way of doing this. They filled in the prepared canvas by answering various questions such as:

• What are Paul’s needs?

• What problems could he face? etc.

It was fascinating to see that the students were interested and attentive. They started very quickly with the interviews. Their notes in MURAL clearly showed how specifically the questions were phrased in order to obtain as much information as possible about the interviewee’s preferences. Some of the notes put a smile on my face because they went beyond the interview and rather indicated “chatting with Post-it”. I was particularly pleased about a Post-it from a junior trainer – “I don’t think I’ve ever had an interesting conversation like this :)”. It is important to mention that the students had familiarized themselves with MURAL before the workshop.

In summary, the feedback was that they had a lot of fun working with MURAL and felt encouraged to be creative. They are still not able the conduct this workshop independently, but they have understood the principles.

We remain curious about the answer to “what would the world look like if kids were left to design it?”

Even though I am a big fan of face-to-face workshops, I have learned that virtual workshops also have their charm. It remains unchanged that the preparation remains the be-all and end-all of design thinking workshops.

I was grateful that we were able to successfully master the whole thing with the help of the many digital options and tools that we have to choose from at SAP. SAP IT Camp colleagues gave us the opportunity to use our knowledge and experience as Design Thinking and Business Model Innovation Coaches to create something new, and thereby train highly motivated young people. Many thanks in particular to Claudia Fuerst and Jakub Stribrny from SAP IT Camp and to all other colleagues who worked with us to realize this workshop. I am most grateful that SAP gives me the opportunity to work next to my daily job as a Design Thinking Coach in such different areas, especially with children who are not our usual target group.

We still don’t know how our original target group will design the world. However, we firmly believe that there is much more to children than what immediately meets the eye. Because as I said: The world needs talent, both great and small, and we should pay attention to the great ideas all of us – including children – have at the moment.