This blog post is written to solve a common issue that many face while running the bot for the first time on the SAP S/4HANA On-Premise systems. The error mentions that the service the bot is trying to hit  is not added in the system and would be like “No service available for the namespace <API SRV Name>” and would end with status 403 – Forbidden.

The following steps must be done in order to add the API/ODATA services in the back-end SAP S/4HANA systems. These services are being used by the SAP Intelligent RPA bots for SAP S/4HANA processes.

Once added, the services should appear in the transaction ‘Activate and Maintain Services’. This could be checked by entering the API name in the search dialog box.

To solve the error “No service available for the namespace <API SRV Name>”, the bot could be re-run after adding the service mentioned in the error by following the above steps.

Additional Information – How to check the default client maintained for a service?

To check the default client of a service maintained, follow the below steps,

Note : While running a SAP S/4HANA process bot on On-Premise system, if the client number is not provided, then by default, the processing happens in the default client for that particular service.

Now, that the API services are added in the system, the bot can be re-run and the services can be used by the bot being run. The above mentioned steps would be a pre-requisite for running bots on SAP S/4HANA On-Premise systems in order to add the API services into the system.

Also, for More Information about the SAP S/4HANA template bots, check out the following links: 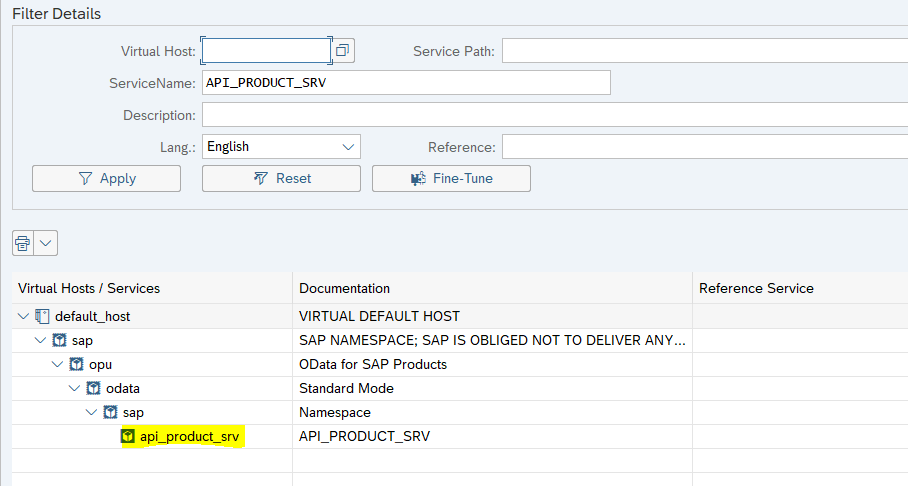 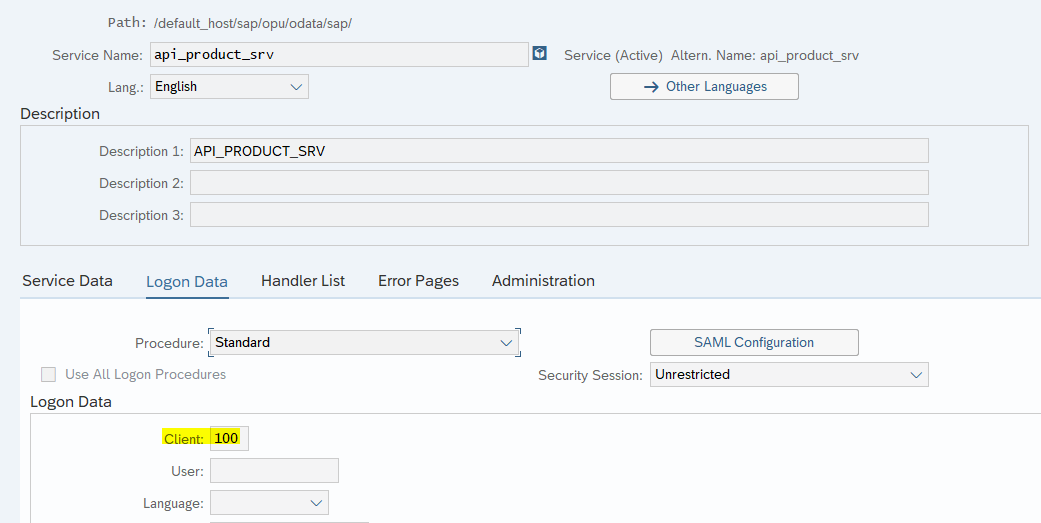 Hi Ajit - Thanks for the blog. I was just doing a similar thing and I get an error that the factory variables could not be read. This error comes up for every variable read. On investigating, I see that the error message is from the ELSE clause of the read function which is done using ctx.setting. Since you have the API integration, you must have put the variable on the cloud factory, right ? If yes, did you face such an issue where the variables were not being read ?

Could you let us know which bot you are trying to execute and the error that you are getting in the cloud factory. From the message, i could understand that it is something related to the variable being entered in the cloud factory. It would be great if you could post the logs here and i could try to help.
Thank you,
Ajit Chandran

Thank you for the blog. it's very detail and very useful.