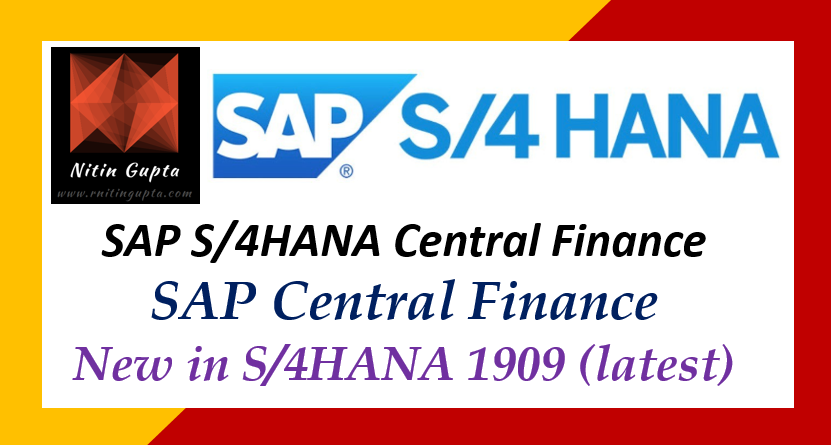 With SAP S/4HANA Release 1909 (FPS1 and FPS2) new features & functionalities are added to the scope. Most of them focuses on third Party system connections (Non SAP source) but also some more related to Initial Load.

Here is the high level view and as we move on we will discuss the components in detail. 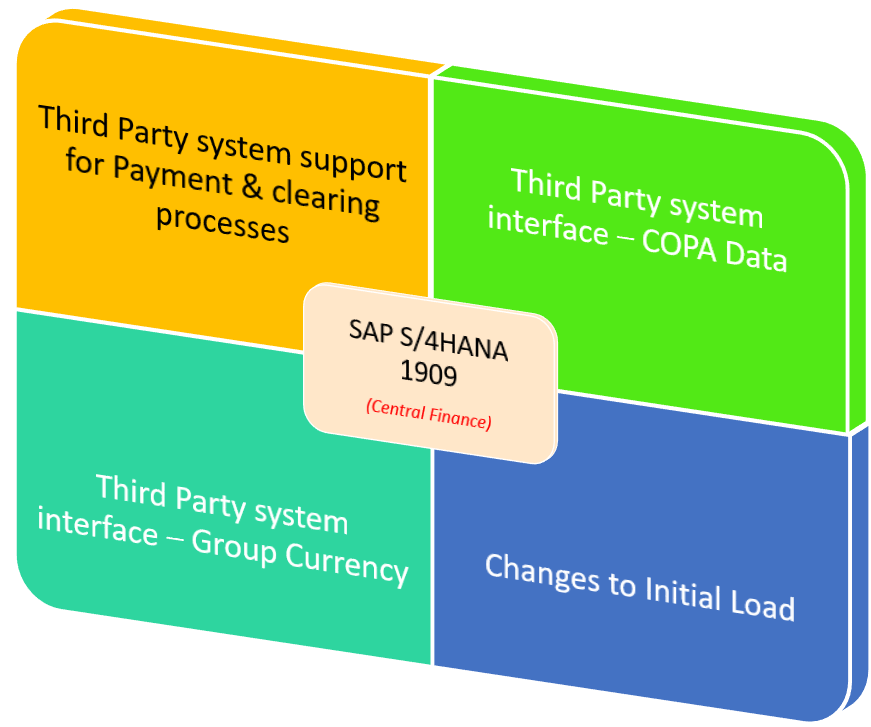 With 1909 is the source system is Non-SAP, the clearing information is transferred from Non-SAP to SAP S/4HANA system via SLT. The below items are part of the change:

In the third-party interface the clearing information is stored in the clearing item table CLRITM in the fields CLEARING_DATA and INVOICE_REFERENCE.

To quickly give a snapshot, SAP focusses on Account-based COPA, which is now Margin Analysis. This is the concept of SAP itself but at the end its management reporting and is done irrespective of the systems so this should not be limited to SAP systems. Considering this now the non-SAP systems data is also supported starting 1909 release.

When an FI document is posted into the Central Finance system, a profitability segment is generated (PAOBJNR in ACDOCA table). The profitability segment number (PAOBJNR) as well as values for all relevant characteristics are written into the ACDOCA table. The replication of CO-PA data is integrated into existing message handling. Also important to note that key & value mapping is supported in CO-PA data.

Profitability analysis in Universal Journal is based on attributes from finance and logistics (e.g. customer, product, sales area)

In the organization, the Group Currency will be generally one but there may be many ERP systems may be a combination of SAP ECC and Non-ECC, so in a way the group Currency data should be consistent.