LGBTQIA+ Through the ages

Witnessing the cultural context of LGBTQIA+ from a historical lens

There is no denying the fact that our present is shaped by our past. Thus, to trace the evolution of the LGBTQIA+ community in India, Pride@SAP – India organized the session – LGBTQIA+ Through the Ages. The session was a part of a series of sessions organized for the Pride Month 2020 celebrations.

In life, serendipity takes over when you least expect. When we learned that a Pride@SAP member, Aniket Sharma, was a published author, we were intrigued by the possibilities. We were further excited to learn that in his effort to write his book “Chakravyuh”, Aniket extensively researched historical material. It, therefore, was clear to us that we could conceptualize a session with a fresh perspective.

I was curious to know Aniket’s motivation behind becoming an author despite having a cool job at a great place to work. In his response, Aniket made the very quotable statement – “When speeches don’t find ears, they become paragraphs”, a quote that deeply resonated with me. Having understood his reason to put pen to paper, I naturally asked the follow-up question – “Why history, and why a special gaze on LGBTQIA+?”. Aniket shared how he sees history as a quest for truth, and how he feels responsible to educate future generations. He further added that he believes history could help us solve the agitation and identity crisis observed today.

In his book Chakravyuh, Aniket alludes to some characters who are from the LGBTQIA+ community. During the conversation, he went into detail about the characters from Mahabharata such as the Ila, Brihannala, and Shikhandin. Arjuna broke the traditional norm of masculinity during the incognito period of exile, Shikhandin prescribed to a gender that differed from their biological features and Ila’s character has elements of both male and female.

Next, Aniket elaborated on the changes in how the community was perceived under different empires of India. He stated that the treatment changed based on the ruler’s whim. The spectrum had people holding high posts in the king’s court, to entertainers and protectors of the queen’s apartments, to downright emasculation. It was a period in which India absorbed the good and the bad. Aniket further explained the influence language has on how we comprehend history. He used Sanskrit, Arabic, and Turkish references to further our understanding. He cited the example of the words “Hijra” & “Kinnara” that had different connotations for people.

Painting a picture of contemporary India, Aniket expressed his dismay at how we are bound in shackles of tenets of our own parlances. He explained how nobody knows who defined the rules that are followed with the least resistance. He attributed this behavior to either lack of reason or lack of will. Despite the continued ostracizing, and the stereotypical representation of the community in the media, Aniket sees a ray of hope. Jyotia Mondal (First transgender judge), Madhu bai Kinnar (First transgender mayor), and Shabnam Mausi (First transgender MLA) are helping us reconstruct our legal and societal rules.

Finally, when posed with what we can do better, Aniket mentioned how the problem and solution lie within us. He reasoned that we only need to look inward and educate ourselves for a better tomorrow. He articulated how the solution is always two steps ahead of the Problem and how with the right questioning and reasoning of the problems, solutions can be derived. 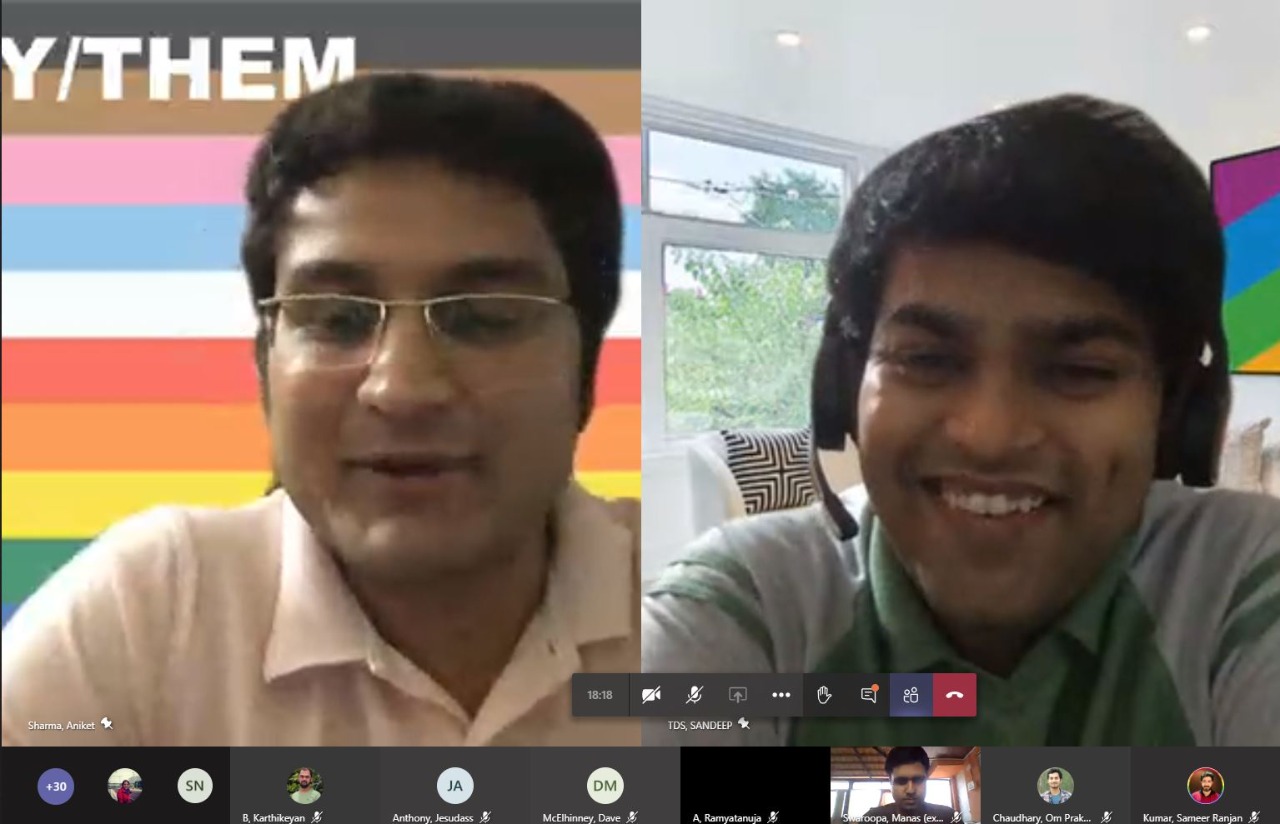 The novelty and impact of the session could be observed in the chat window of the session. Spirited discussions and thought-raising questions by the 60+ participants kept the chat ringing.

One thing that I personally took-away is our glorious culture of tolerance. In all the cases Aniket discussed, I could notice an undercurrent of inclusiveness. The earth has always been and will always be diverse, we just need to embrace it.