In my previous blog I completed the FMEA and RCM assessment for the “Dewatering Pump” which is a critical equipment in my plant. The final outcome of the assessment is a list of recommendation which the reliability engineer creates and the maintenance planner will plan to execute it in the PMR application.

With this I move forward to the step 4 where the reliability engineer will create a set of recommendation during FMEA or RCM assessment. 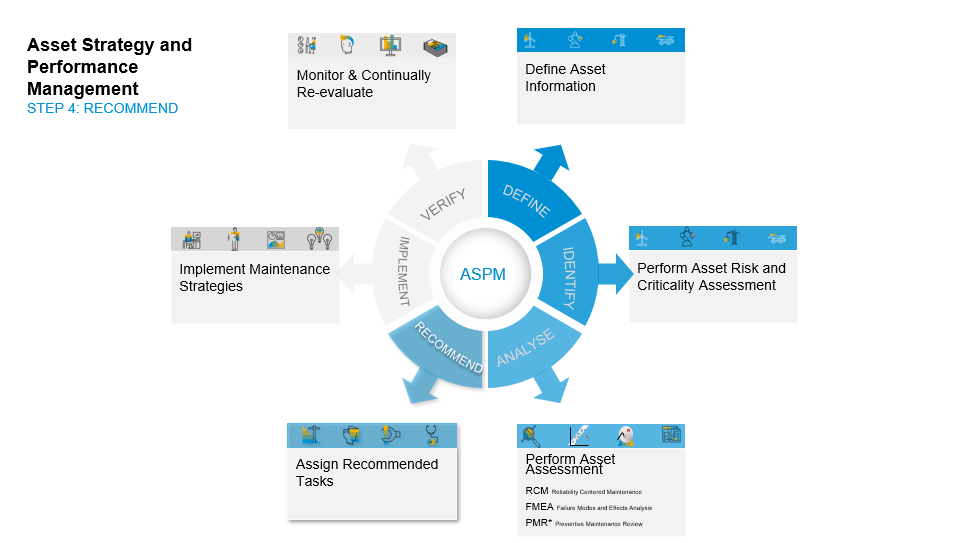 Recommendation can be created from four different sources –

For the RCM assessment of “Dewatering pump”, based on the Function, Functional Failure, Failure Modes & Effect, as a reliability engineer i want to propose three recommendation. Below are the recommendation types available in the system –

I will create the recommendation based out of placeholder instruction as a corrective-unplanned as it is breakdown scenario and as a reliability engineer i cannot predict the frequency.

Here on, the recommendation execution part is handed over to maintenance planner who will take a conscious decision on which recommendation should be implemented. Various factors are taken into consideration here like estimated cost, frequency, remaining risk etc.

In my next blog, I will give the overview of how a maintenance planner would take the recommendation forward.

Note –  For any abbreviations, please refer the blog series 1

Thank you for the detailed information.

As per current understanding the Estimated cost input is a manual input/calculation. Is there a future feature planned  to calculate the costs automatically based on similar features we have in the back end work order. E,g if a recommendation is to perform a 1 weekly check of 1 hour  of labor( with a labor hour rate of say 10 $ per hr) and 1 spare part whose moving average price in the back end system is 100$, therefore estimated costs of the weekly check is an addition of the labor and material costs for a specified period?